"I believe the blues should be sung by an older person because it's about emotions and experience. I couldn't do justice to it when I was younger because my voice didn't have the edge it needed to convey the emotion, nor did I have the first hand experience to sing about blue themes convincingly."

But after 48 years in music and over 60 albums Dana Gillespie is well qualified to sing the blues. A career that combined radio, theatre, film and sport (she was once British junior water-skiing champion) with music, Dana has been in the public eye since recording her first album at the age of 15. Her music has evolved from folk in the 60s through 70s Bowie-esque glam-rock to the raunchy in-your-face blues she performs today.

In 1964 she recorded with Donovan on guitar and became a regular on the folk circuit. In those early years Dana got to know many of the top bands and people in the music business. Most shared her love of blues, and played their own version of it. Bob Dylan who was an old friend of Dana from the 60s showed interest in her music in 1997, when he invited her to support him on his UK tour, which included a sell-out show at Wembley. After a swathe of singles on Pye and two LPs for Decca, she moved to RCA and made WEREN'T BORN A MAN in 1973, some titles being produced by David Bowie, whose management, Mainman, also took care of her career. 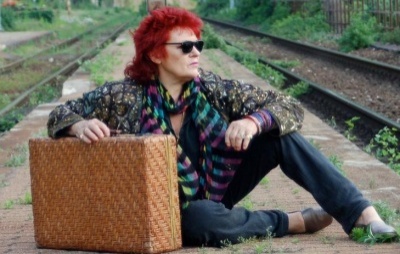 While her career in music was simmering away, she became better known for her appearances in London's West End theatres, in shows such as the first run of Jesus Christ Superstar (playing Mary Magdalene), The Who's "Tommy" and the rock Othello, "Catch My Soul".  Her second LP, AIN'T GONNA PLAY NO SECOND FIDDLE was just beginning to take off when her management company decided she should move to the USA, where she played and toured extensively for two years. Dana hosted a radio blues show in New York at the same time, which gave her the opportunity to learn more about the roots of the music. She has continued her interest in radio in Austria where she recently completed a 11-year stint hosting a weekly, international world music show on Blue Danube Radio called "Globe Trotting With Gillespie". In the 80s, Dana toured Europe several times with the "Stars Of Boogie Woogie" tour, singing either with the Mojo Blues Band or with Axel Zwingenberger. In 2002 Dana was invited to take her road band, The London Blues Band, on the first ever major tour by a western band of India. The Asian country, has always played a major part in Dana's life and she recorded 3 albums in Sanskrit, under the pseudonym Third Man before reverting to Dana Gillespie.

Her songwriting is without doubt a major asset. Bob Dylan has said how much he likes her songs... her self penned catalogue is phenomenal and sets her apart as a truly unique talent.  In recognition of her talent, she was voted 'Top British Female Blues Vocalist' by the British Blues Connection and Blueprint Magazine between 1992 and 1996 and has now been elevated into their Hall Of Fame.

In the last week of January, for over a decade, the Caribbean Island of Mustique has been the destination for a charity blues festival, founded and organised by Dana and Basil Charles. 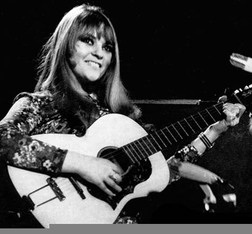 I was a big Yardbirds fan in 1963 but my all time loves were Howling Wolf , Muddy Waters and all the lady singers like Bessie Smith, Julia Lee

All the guys who have worked in my bands are still good friends with me, but it's never easy to stay always in contact as musicians are always travelling

Is there any similarity between the blues today and the blues of 60s & 70s?

I'm still mystified why the music of today is called 'Rhythm and Blues' when it isn't that at all. There were more Blues bands in the 60's but many clubs are closing so less great bands now.

The kind of Blues that I do is generally pretty upbeat and danceable so I guess I do the uplifting sort of Blues. Nothing depressing or too rocky for no reason.

Some music styles may be fads but the blues is always with us. Why do you think that is?

As Blues is never in fashion, it can never go out of fashion. It's music for people who 'feel' the Blues and all it's rhythms and emotions and so there will always be people who can appreciate a class act.

Not enough young people listen to Blues as it is never on MTV and rarely on TV so young folks don't stand a chance of getting to know the Blues. Looking back at your career so far, what are your fondest memories?

With the birth of every album, I feel so good, even though I know that soon after the release I'll be thinking of new projects, there is a great buzz when you know that what you started out to do actually came to fruition. I've made over 60 albums in 48 years of being in the music biz, so I know this feeling well, and I love it!

I talk to people as if they are my good friends and it doesn't matter if there 3 people or 3000; it's all the same to me

They've all been amazing and interesting

I wonder if you could tell me a few things about the story of Basil's Blues Bar in Grenadines.

It's a Charity festival held every January for 15 days on the island of Mustique. It's now in it's 17th year and every year I produce a CD from it that goes to help the Basil Charles Education Foundation

Why do you sing the blues? 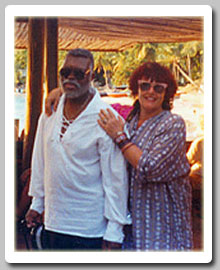 What are your memories playing with such greats as Big Jay McNeely  and Mick Jagger?

Impossible to answer except that a gig is a gig, whether I'm singing with someone famous or not. They are musicians first, and celebs second

Music is the best drug in the world and it keeps you warm at night and will never let you down, as music that comes from the heart goes straight to the heart 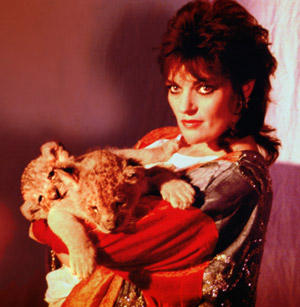 That I never go deaf

Do you know anything about "Greek blues"?

If you mean Rebetica music, then I love it and used to play it a lot on my World Music Radio show called Globetrotting with Gillespie, a show that ran for 11 years

Each version of my Blues bands have amazing good elements, otherwise I wouldn't have worked with them. I have a good knack of finding top talent to sing with

Packaging is everything in the age of sound and vision

Singing the Blues at the famous India guru Sai Baba's 70th Birthday, in India in front of over a million people, was a great experience. Thankfully I can't remember the worst so I guess they were never that bad. I've been lucky!!! In which song can someone hear the best of your voice?

All of them. I consider all my songs my babies and love them all equally, as any Mother should

They are all personal to me

Of the ones I do myself, then I've got to say 'St.Louis Blues' as most of my set is of songs I've written myself

People say I'm really good so that's fine by me as I believe them!

What would you ask of Maria Magdalene?

What really went on between you and Jesus?

How was your relationship with Jimmy Page?

Musical, fun, and it's still a good friendship after these years, since the early 60s 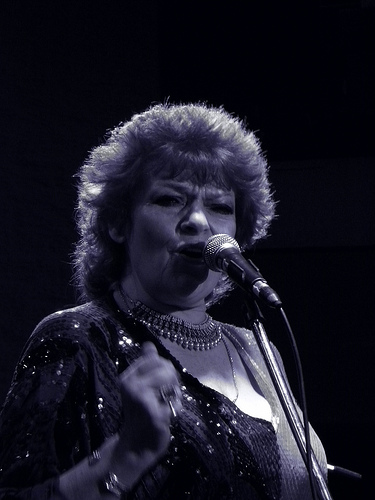 Three words to describe your sound & your progress?

They have better taste than the Americans

From the musical point of view about blues, is there any difference Austria and England?

My UK musicians laugh a lot more but that might be just be a language thing.

How healthy do you think the music scene is in the UK and Europe compared to the US?

The money is better in Europe

What made you want to work with Joss Stone ?

What advice would you had given to Amy Winehouse?

None, as no one ever listens when they are young

What would you had given to Sippie Wallace?

I wrote my first song at 11, made my first record at 15 so my life was pretty mapped out. The profession chose me and not the other way round

Life and love is enough of an inspiration

Being born in the time of the Blues in Britain in the 60s, so exposed to great music from an early age. Having a good voice helps!!!! 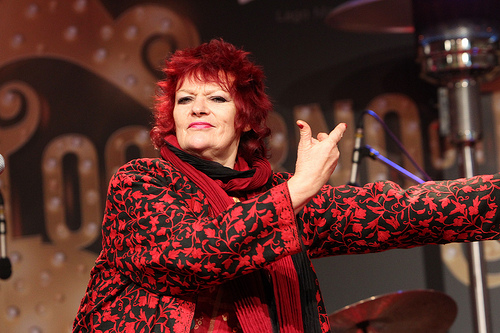 I've got it in The London Blues Band

When can I come and play again in Greece?

London Blues Band: A lotta what you got

Dana Gillespie: Funk me, it's Hot!