EQT was one of the greatest Southern Rock bands of all time. The founding members, Tommy Carlisle and Donnie McCormick met in 1963 when Tommy joined Donnie's band "The Kings". Tommy, Donnie, and two other members of "The Kings" served two years in The United States Navy aboard the aircraft carrier USS Essex # 9 from '66 - '68. While doing their tour of duty, the band performed at venues in Europe. Upon completion of duty in 1968, Tommy and Donnie returned to Corpus Christi, Texas and formed the band "Eric Quincy Tate". 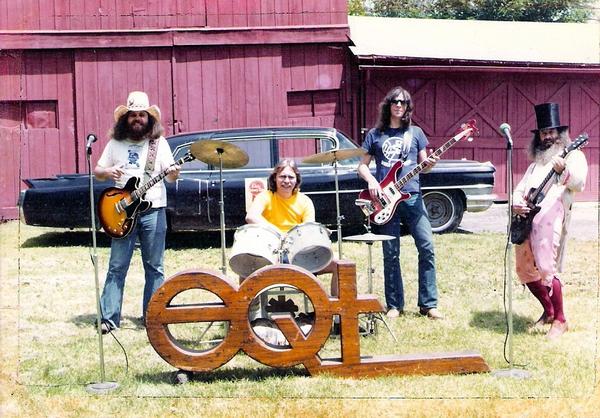 While playing in Texas, EQT made a strong impression on songwriter/artist/producer Tony Joe White. White played an important role in getting the band heard by Capricorn Records in Macon, GA. Demos were recorded at Capricorn which caught the ear of legendary Atlantic Records producer Jerry Wexler. In late 1969 EQT inked a management deal with Phil Walden. They recorded their first album for Cotillion Records (subsidiary of Atlantic Records) with producers Tony Joe White, Jerry Wexler and Tom Dowd. The band then moved their base from South Texas to Memphis, TN. In 1970, their first album titled "Eric Quincy Tate" was released on Cotillion. The band moved to Atlanta, GA that same year.

In 1972 EQT's second album "Drinking Man's Friend" was released on the Capricorn label with producer Paul Hornsby (Marshall Tucker Band - Charlie Daniels Band). Eric Quincy Tate made its third release in 1975 on GRC Records in Atlanta, produced by Sonny Limbo and EQT. The GRC release was a split release; the (A) side of the LP was studio recorded and the (B) side was recorded live at the Chattahoochee River Raft Race. The live side captured EQT in their natural state, spontaneous and loaded with energy. During the GRC period, Tommy Carlisle had taken a leave from the band and Wayne "Bear" Sauls took over as the primary guitarist.

In 1976 EQT released "Can't Keep A Good Band Down" recorded live at The Whipping Post in Augusta, GA, with Sonny Limbo producing in association with Atlanta music icon Bill Lowery. Tommy left the band and went on tour in 1978 with "The Back Alley Bandits" (London Records producer Chips Moman).

We spoke with bassist David Cantonwine about the band, and his music. 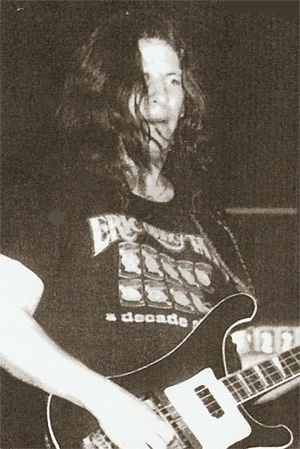 Back in the early 60’s my parents got me an acoustic guitar for Christmas, it was a Kent. The strings seemed a mile away from the fretboard.  Your fingers would really bleed.  Anyway, me and some friends from school would get together in my parents garage and try to figure out what string did what. Those who could play stayed, those who couldn’t became roadies.  I remember this guy named Frank.  The guy could play real good but he drooled all over his guitar when he played.  Can’t have any droolers in the band.  So the few of us who thought we could play, started learning anything that was on the radio.  Then that magic Sunday night on Ed Sullivan, The Beatles came on, Raymond, the guitar player and I were sitting in front of the TV watching and I turned to him and said “We could be getting all those girls”.  1964

Your learning experiences are the people you grew up with, the bands you were in and the songs you learned and wrote.  The wide scope of music each band member liked played a big part in the sound of Eric Quincy Tate.

Nothing more than labels for the kinds of music you play.  I like all types of good music.

You learn what music is and you play it.  I think it’s more like what people learn about you from the songs you write and the music you play.

It’s a feeling few people get to feel.  I was blessed with the ability and opportunity to share my music and myself with so many people. 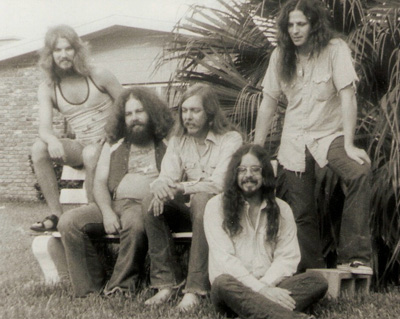 It was the time we were playing that concert in

I want everyone to remember what they were doing when they got to hear us or listen to one of our records.  Hopefully it was a great time.  I started the  EQT's website for just that reason.

So our fans can relive their time with Eric Quincy Tate, I have re-issued a lot of our records on CDs, plus a lot of recordings that where put on the shelf and no one ever got to hear are also on CDs and a couple of DVDs.

I think up until the late 60s, music was pretty much cut and dry (whatever that  means).  You played your songs and that was it.  Then electronics were introduced to music and away we went.  Remember “Strawberry Fields Forever”?   The Beatles had a lot to do with changing the way music was played.  That song really blew me away and still does to this day.

Yea, the 60s and 70s very interesting time in the change in music.

What turns you on? ...happiness is…

No music fear here…Just the things you have to go through to play music sometimes can be very frustrating. 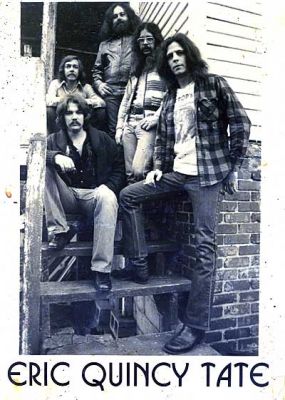 Eric, as in Clapton.  Quincy, as in Jones, and Tate as in potato….Actually, the name was a 60s kind of British thing like The Spencer Davis Group.  At first we were “The Eric Quincy Tate Group”.

How was your recording time with your partners?

Recording together was a time when we shared ideas the most.  We didn’t rehearse much, so this was our “quality time”. LOL

How it was your relationship with the other southern rock bands?

Most “Southern Rock” bands were signed to Crap a Corn records and played the same circuit so we didn’t see much of each other unless we were playing the same concert together or invited to one of Phil Walden’s coke parties down in Macon, GA.

As a bass player, I would have to say Jack Bruce (Cream).  Some of the others were Jack Cassidy (Jefferson Airplane), John Paul Jones (Led Zeppelin) and then there was Paul McCartney.  I think I just envied all the pussy he was getting.  He was just a silly pop bass player.

I think one of the best moments in any musicians’ career is to hear your first record played on the radio.  The worst part of this biz is you have to be totally focused on your music and that doesn’t leave much of yourself for anyone else.

Is there any similarity between the music today and the music of the seventies?

Not really. We all had to go through a lot of garbage bands through the 70’s & 80’s.  But I think music is back on track now. 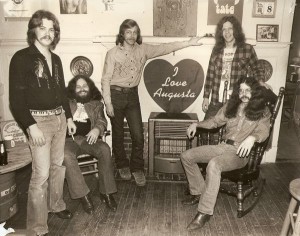 What do you think were the reasons for the southern rock’s boom at the early of the ‘70s?

One of the first Atlanta pop festivals back in the early 70’s, which was held in Byron Georgia, about 100 miles south of Atlanta.  There was this band that had just released their first record on Crap a corn Records.  I think it was about a half million people that got to hear The Allman Brothers Band.  And as they always say, the rest was some kick ass southern rock and roll history.

I never got to know Berry, but when I did talk with him we got along great. I really liked his Fender Jazz Bass. He put a Gibson EBO humbucking pickup on it that sounded awesome.  Paul and I still keep in touch on the electronic highway every now and then.  As far as working with Paul as a producer, you can’t ask for better.  He is the only producer I know that will become part of your band and make your roughest ideas shine. 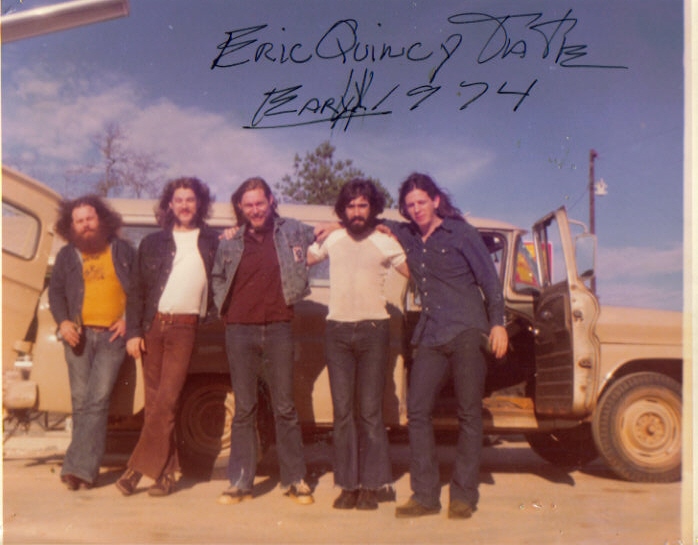