David S. Wills, founder and editor of Beatdom magazine talks about the Beat generation, and his travels

"The Beat sound definitely comes from music, and in particular jazz."

David S. Wills graduated from the University of Dundee in 2007, and quickly founded Beatdom magazine. Since then he has travelled the world under the thin guise of working, in fact spending most of his time riding motorcycles over mountains and swimming with sharks. After a few months trailing the Beats around the American West, David moved to South Korea, where he gained the inspiration for his novel, The Dog Farm. 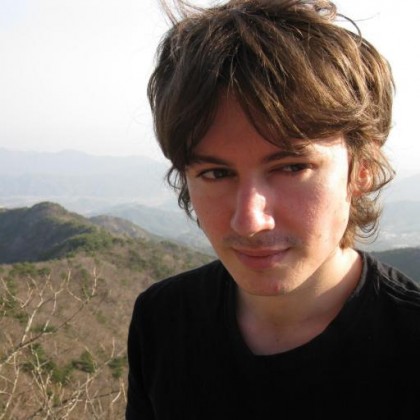 In the middle of the Korean peninsula, David founded Daegu Books, an English language bookstore. He ran the store for a year until selling it in the summer of 2010.
He currently lives in China, eeking out a living as a university professor and part-time writer, and feeds himself with home-grown organic vegetables.
David is neither rich nor poor; never homeless nor entirely settled. He is armed with the following skills: poetic analysis, soil management, retail replenishment, magazine and book editing, salesmanship, journalism, kindergarten teaching… and probably some other things he can’t remember. Beatdom is a non-profit literary journal dedicated to the study of the Beat Generation, has been published by City of Recovery Press . David’s favourite Beat figure is William S. Burroughs, whom on certain dark nights he is said to resemble. His favourite book varies from day to day, and is often said to be Hunter S. Thompson’s The Rum Diary, Charles Bukowski’s Post Office, or Jack Kerouac’s On the Road. His next book is called Scientologist! William S. Burroughs the Weird Cult. You can read more about David at his blog and on literary website, the Nervous Breakdown.

David, when was your first desire to become involved in the Beat literary & what does the Beats mean to you?
When I was in university I became interested in the literature and spirit of the Beat Generation. Just after graduating, I founded Beatdom, and ever since then I have continued studying and writing about the Beats. I think when I was young the Beats interested me because of their hedonism and the idea of escaping from society, but now I’m more interested in their style of writing than their philosophies. What do you think is the main characteristic of you personality that made you a writer?
Probably it was my anger that made me a writer. I used to get very upset about politics and so forth, and I got into writing so that I could express my opinions and change the world. Haha. Nowadays I am not so angry, but I still think it’s important that you address problems and by writing I feel I can do that.

Which is the most interesting period in your life and why?
The three years I spent in South Korea are definitely the most important and interesting ones of my life. I probably grew up more during those years than in the previous ten. It was there I met my wife and wrote my novel, and I find it hard to believe that I’m the same human being that first got on the plane to go there.

Any of Beat poems or novels has any real personal feelings for you & what are some of your favorite?
My favourite poem is Allen Ginsberg’s “Howl”, and I have part of it tattooed on my left arm by way of a tribute. It has always struck me as important for a number of reasons. I think that it is relevant today, and to a great many people. It is a chronicle of one generation, but it could be applied to a great many others. 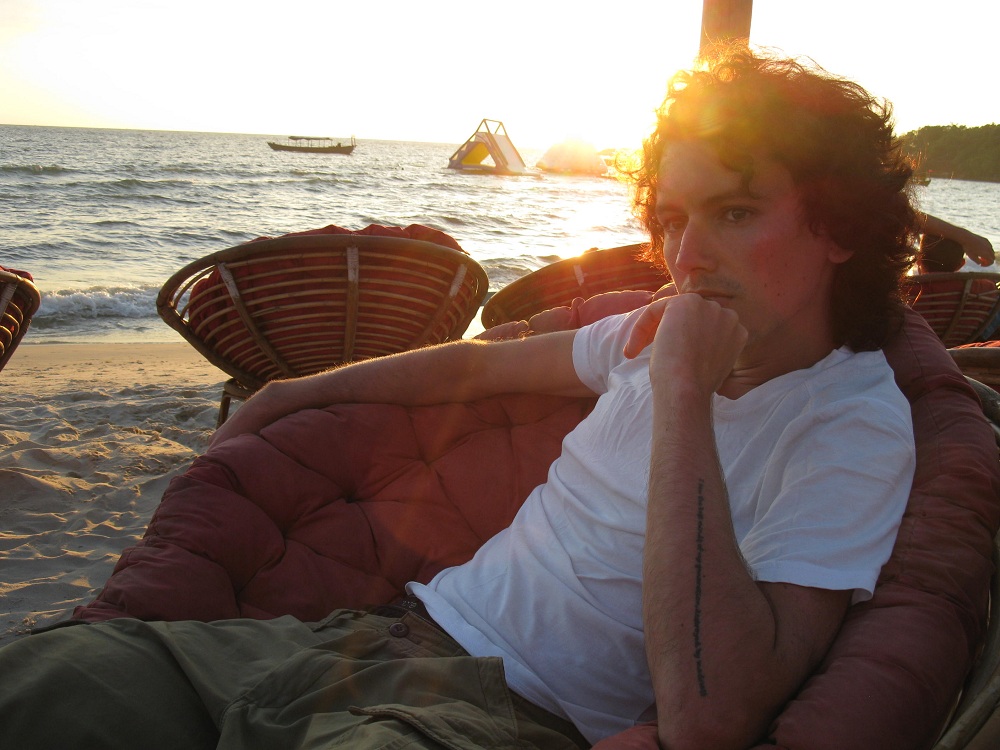 Is there a part of William S. Burroughs’ books that you like most?
Burroughs is definitely my current favourite of the Beat Generation. Like the others, he was curious about the world and immersed himself in odd ideas, which really come through in his books. I feel like when I read anything by him, I’m picking up an encyclopedia. My favourite of his are the early ones, though. The relatively straight prose before the cut-ups came to dominate his work.

Why did you think that Beat writers, continued to generate such a devoted following?
As mentioned above, particularly with Ginsberg, their work is still relevant. People are still living in affluent times, but are still dissatisfied, disaffected. The idea of carving out a little space for yourself in the world is very appealing, and that comes through the Beat books. I think the problems in the world that they faced are worse now than ever before, and so we keep coming back to their work for answers. 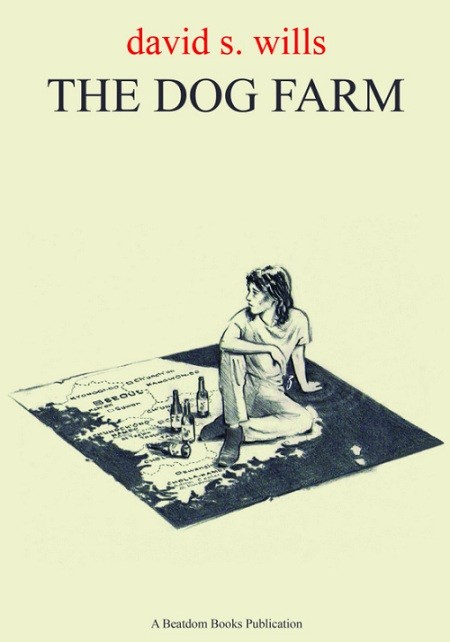 Do you have any amusing tales to tell from your experiences in S. Korea? How did the idea of the book come about?
The whole thing was an adventure, to be honest. Every day was filled with strange stories. That’s why the book came to me, I suppose. I couldn’t not write about it. I started my blog after 6 months of writing to friends and family, and telling stories in bars. Then the blog became popular, and then it was really a no-brainer to write the book. At first it was going to be autobiographical, but then it just became a novel based loosely upon the funnier aspects of life in a strange place.

Which memory from your travels makes you smile? You have been traveling all around the world. What are your conclusions?
I love Asia. I’ve been smiling for more than four years now. It’s a good life – travelling to amazing places, meeting lovely people. I dig the beaches and mountains and the jungles of this extraordinary continent.

Make an account of the case Beats & Blues Jazz music & what characterize the sound of Beats?
The Beat sound definitely comes from music, and in particular jazz. Ginsberg, for example, tried to capture the sound of jazz in his poetry, and Kerouac did the same with his prose. Their themes and ideas and structures are remarkably similar. 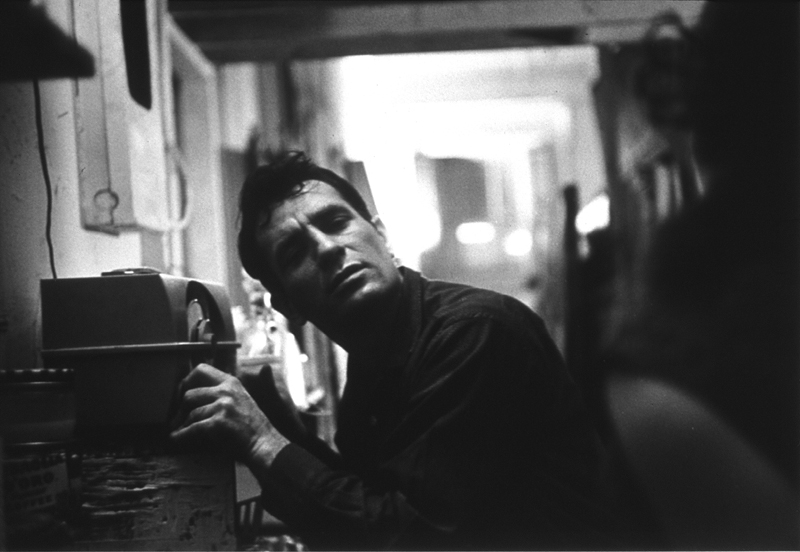 Who from THE BEATS had the most passion for the Blues & Jazz?
Haha. Tough question… I suppose they were all very interested in it, except for Burroughs. He preferred Viennese waltzes.

What are the things that you miss most nowadays from the Beat generation?
I think that with every passing generation, the open spaces of the world contract. There are fewer and fewer places we can move to to be free.

Did Beatniks played an important role to the youth today?
The Beats paved the way for the Hippies and so on, and so yes, each counterculture informs the next. There is a knock-on effect. Even if people have never heard of Ginsberg and Kerouac, their lives have still likely been influenced. Their music and movies and books and clothes all come from these people, and indeed the countercultures before them. 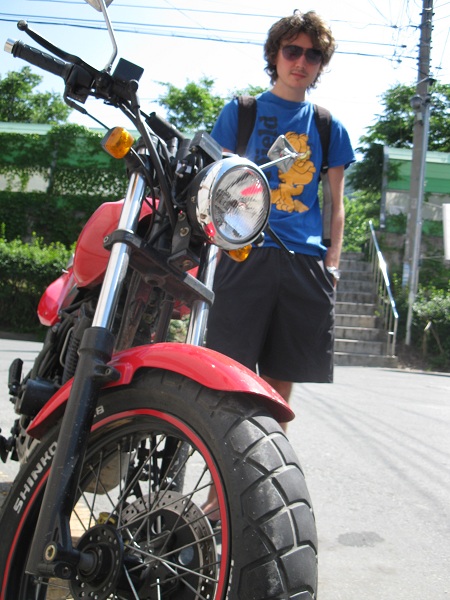 What “BEAT MOTTO” does you like most?
The road is life. Kerouac.

Which memory from Jack Kerouac makes you smile?
None, honestly. His life was very sad to me.

What does “On the Road” mean to you?
I read this book in my teenage years and, like so many others, it had a big impact on me. It made me want to get out and see the world; to explore myself and others and the whole nature of existence. It’s not my favourite book but it was important when I read it, and I still make a point of reading it once a year just to rekindle that passion for life.

Happiness is……
Something you didn’t plan on.

What would you like to ask Charles Bukowski?
Again, I’d probably just speak with him. There’s nothing specific I want to know that I can’t find in his poems or novels.

How you would spend a day with Gregory Corso?
Drinking, most likely. We’d probably get drunk and talk about stuff, and then get in trouble. It’s probably for the best, then, that we never met… 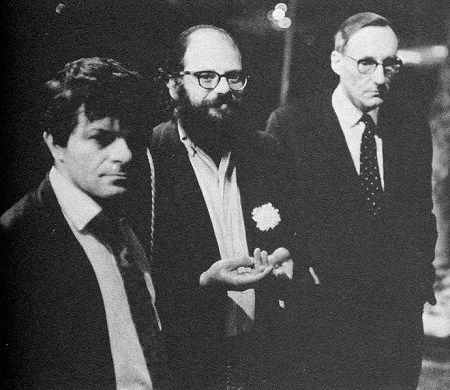 What would you say to Allen Ginsberg?
I feel like I know enough about Ginsberg from his poems and the biographies. He was very open and honest, and so there’s nothing I’d like to ask him. I suppose I would just speak to him like any other person. I might tell him a story or ask him what he thought of something in the news. The only difference is that his answers would probably sound a hell of a lot better.

If you go back to the past what things you would do better and what things you would a void to do again?
I don’t like to think like that. I know that I could go back and easily make my life better… but who’d want that? It’s the shit we survive that makes us who we are. If my life had been easier, I’d be a different person now. Maybe that would be a good thing, but maybe not. For example, I made mistakes when I went to Korea, but in the end I learned and grew as a person from these mistakes.