"Yes music today is totally guitar based rock...the swing from the by gone era has left...even blues tends to be more rock then anything else my fear is there will be no one left to carry on the swing."

Joe Maher aka "Big Joe" started out his music career in his Maryland high school jazz band "The Starliners.” Musician greats like Clark Terry, Urbie Green, Mudell Lowe & James Moody often sat in with the band as guest performers and they were an inspiration to him. His father listened to Louis Jordon and blues & jazz at home so this was an influence on his musical style as well. He started his own roots blues record collection during that time in the 60’s when most of his friends were just into the rock-n-roll. After high school he went immediately on the road with his own jazz/blues trio. His mission then started to become an accomplished singer/drummer. Over time he shared the stage, opened up for or backed up music Legends: Willie Dixon, Johnny Adams, Floyd Dixon, Delbert McClinton, Johnnie Johnson, Mick Fleetwood, Jimmy McCracklin, Jimmy Rogers, Pinetop Perkins, Jimmy Witherspoon, Bullmoose Jackson, James"Thunderbird" Davis, Nappy Brown, Jimmy T99 Nelson, Bobby Parker, Otis Rush and Earl King.                      Joe Maher aka "Big Joe" / Photo by Fernando Sandoval In the late 80's after managing and performing with the 9 piece swing band "The Uptown Rhythm Kings," and after a few years as drummer with the Tom Principato Band, Joe formed his own 5 piece jump blues group "Big Joe & The Dynaflows."  In between touring and local performances with the Dynaflows, in the mid-90's Joe accepted the role as Music Coordinator for Mick Fleetwood's niteclub in Alexandria, VA "Fleetwoods." His knowledge of the local and national blues & jazz scene helped him land the position which had the nightclub consistently filled with top notch talent. The Dynaflows release "I'm Still Swingin" on Severn Records, received the Washington Area Music Association (WAMA) "Best Blues Recording" in 1998. WAMA also voted Big Joe "Male Blues Vocalist of the Year" both in 2005 and 2009. Other Dynaflow releases include "All Night Long" and "You Can't Keep a Big Man Down" on the Severn label; "Layin' in the Alley" on New Orleans based Black Top Records, which received the (WAMA) "Best Blues Recording" in 1994; "Good Rockin'Daddy" on the Powerhouse label & "Cool Dynaflow" on a European label. Big Joe and the Dynaflows’s new album, "Rockhouse Party" on Severn Records, (Release date: February 15), featuring acclaimed blues singer/drummer Big Joe Maher. Rockhouse Party will be released on both CD and vinyl formats. The new album was produced by Big Joe and Kevin McKendree, who also contributed piano and organ on the sessions, which were recorded at McKendree’s Rockhouse Studio in Franklin, Tennessee (hence the album’s title). The tracks showcase both a number of original songs as well as several cool covers.

The blues means everything to me...it is the foundation of all great music...I have always loved it!

How do you describe Big Joe sound and songbook? What characterize your music philosophy?

Well my music is based on swing and jazz ...I have always likes jump blues people like Louis Jordan and Big Joe Turner and many many more.

How do you describe "Rockhouse Party" songbook and sound? What has made you laugh from studio's sessions?

It is exactly that: a party of great music makers playing and enjoying each other’s company. We laughed and played our way through the whole session.

What are some of the most important lessons you have learned from your paths in music and blues circuits?

That even though I thought true blues /jazz might be dying, there are still young folks carrying on. 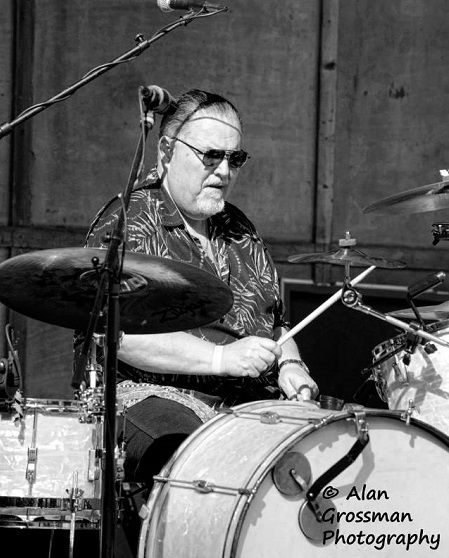 What were the reasons that you started the Jazz & Blues searches and experiments?

I have always felt it hit my soul jazz and blues more then any other type of music and that made me want to research and listen and then finally play.

"Yes music today is totally guitar based rock ...the swing from the by gone era has left ...even blues tends to be more rock then anything else my fear is there will be no one left to carry on the swing." (Photo © by Alan Grossman)

Yes, I was told by many greats always give it your best like it is your last performance and you will be a hit.

(laugh) …there are way too many of great moments but all in all it has been one incredible ride for me to have played and shared the stage with so many of my heroes ...they all had some fantastic moments !!!!

Yes music today is totally guitar based rock...the swing from the by gone era has left ...even blues tends to be more rock then anything else my fear is there will be no one left to carry on the swing.

Which memory from the late great Jimmy Rogers makes you smile?

All great memories but hanging with Jimmy Rogers and drinking whiskey out of the same bottle seems to stand out in my mind...I have some many of these it would make a book with all these great music makers.

What touched (emotionally) you from the sound of drums? Where does "Dynaflows" creative drive come from?

I really started playing drums to meet girls (LOL), but my best friend in school also played.  As for the creative drive, it’s in my heart and soul and comes out in my music.

Blues and jazz has been my life... I’ve spent my whole life playing and helping blues and jazz music stay alive! 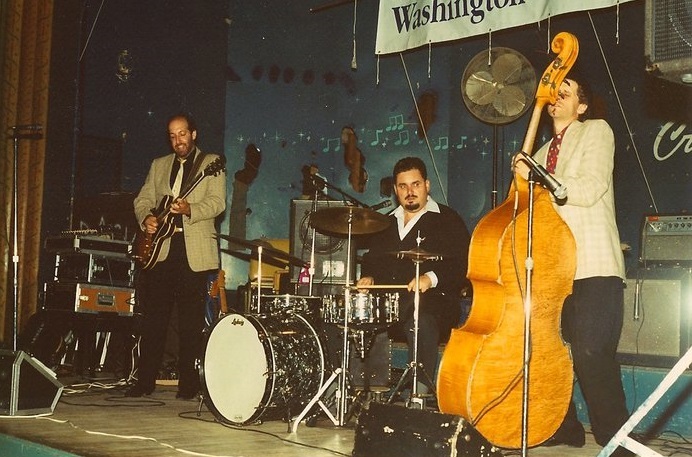 "Well I’m not so sure it has had a great impact on any real racial things in the world...but I will say this in the music world with musicians...it has brought many together to be brothers no matter what ethnic background they have...music creates a special place for all music people to come together and be one!" (Photo: Big Joe, Tom Principato & Jeff Sarli, Washington Swing Dance Committee)

I’ll never forget playing a festival with Jimmy Witherspoon, and all of a sudden he grabbed the upright bass and started playing - and was great. I never knew he played!

You either have it and can do it, OR you cannot; there is no middle ground!!

Well I’m not sure if you mean laugh in a good way or laugh in madness ...but I’d say I try to laugh everyday at lots of things since the world is pretty messed up...but music wise...no laughs just make more good music!!

LOL... easy answer bring back the swing in blues and less rock ...don’t get me wrong rock is ok but not only.

What is the Impact of the Blues and Jazz to the racial and socio-cultural implications?

Well I’m not so sure it has had a great impact on any real racial things in the world...but I will say this in the music world with musicians...it has brought many together to be brothers no matter what ethnic background they have...music creates a special place for all music people to come together and be one!!

All I really want is to see Elmore James play one gig and I have a seat right up front!! 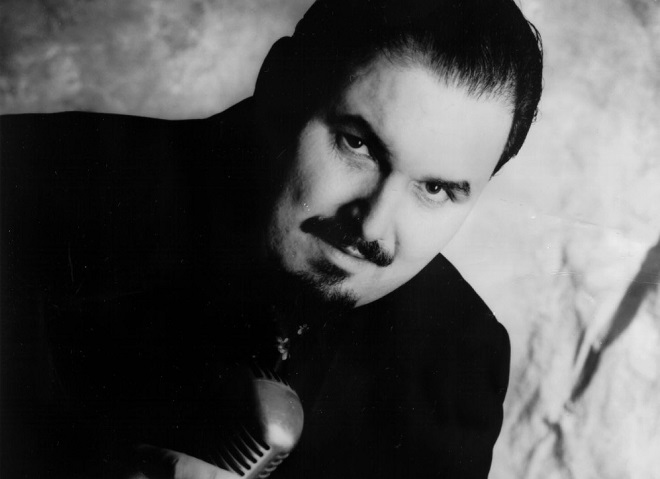