Emilio Castillo of Tower of Power talks about Fillmore, King Curtis, Sly & his relationship with God

"The thing I miss most about the 60's is the freedom and inspiration we had musically. Everywhere you looked people were trying new and exciting things and it was very stimulating and creative."

Tower of Power: The Power of Music

Tower's 43 year odyssey actually began in 1968 when Emilio Castillo met Stephen "Doc" Kupka in July of that year. When Doc auditioned during a band rehearsal at Emilio's house, Emilio's father called him into the kitchen and offered the following advice: "Hire that guy, he's got something." Doc and his signature baritone sax sound were now in the band, and on August 13, 1968, Tower of Power, as we know them today, began playing gigs, and soon became very well known in the area.

Many other bands came out of the San Francisco Bay area in the late 60's. Bands like The Grateful Dead, Jefferson Airplane, Santana, Big Brother, Journey, Cold Blood and others all helped to define the "San Francisco Sound." Tower of Power has always claimed Oakland, California as their hometown. Playing area venues and making a name for themselves, Tower of Power's big break was just around the corner. 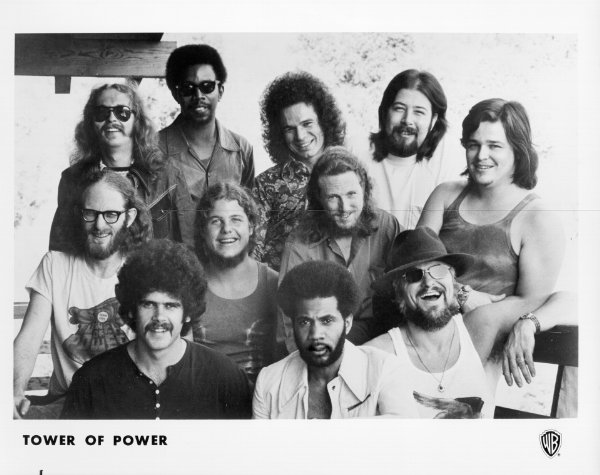 After playing at a Tuesday night audition at the Fillmore in 1970, Tower was signed to Bill Graham’s San Francisco records and their first album, “East Bay Grease,” was recorded. All of the compositions were original tunes written by Castillo and Kupka. Their next album, “Bump City,” was recorded on the Warner Brothers label, and this led to a string of hits and memorable albums that include many of the songs that TOP fans come out in force to hear, even to this day. Over the years, the Tower of Power Horns have recorded with hundreds of artists as diverse as Aerosmith, Elton John, Little Feat, Phish, Santana, Heart, and many others, forever infusing the radio airwaves with Tower’s musical DNA.

Since the beginning, Tower of Power has never stopped touring and recording. Always in demand, the band never fails to entertain and amaze their fans. Tower is truly blessed to have a dedicated following that often travels to see the band, and in many cases fans will plan their vacation or work schedule around an appearance of TOP. Emilio Castillo plays second tenor sax, as well as providing background and lead vocals. Emilio was born in Detroit, Michigan on September 24, 1950 and is of Mexican and Greek parentage. During his transition from Detroit to Fremont, California, Emilio discovered his interest in music stemming from the likes of Roger Collins, The Spyders, and Sly and the Family Stone - masters of soul. In 1967, Emilio started his own group called the Motowns which would became Tower of Power in 1968, the same year that Emilio met the Funky Doctor (Stephen Kupka). He is a self-proclaimed homebodyand enjoys spending his time when not touring with TOP with his wife Suzanne and children, Christian, Isabella, Dominic, Ariana and Katina. He spends much of the time with his family at their local church, and makes it a habit of telling and showing them that he loves them every day. "I’ve learned from experience that God has a plan for me, and that it’s better than mine! I just try to remember that, no matter what comes down the pike," he says.

My first desire to become a musician was when I was 14 yrs. Old. I had been caught stealing a T-shirt and my dad told me to think of something that was going to keep me off the streets and out of trouble or I was never coming out of my room again. The Beatles had just come out and my friend had just returned from a vacation in Mexico where he’d bought a guitar so we told my dad that we wanted to play music. He told us to get in the car and took us to the nearest music store and told us we could pick out any instrument we wanted. I chose the sax and my brother chose the drums and we started a band that day and I’ve had a band ever since.

I remember that my friend knew how to play the intro guitar lick to “Pretty Woman” by Roy Orbison so he played that lick over & over and my brother banged on the snare drum as I was squeaking on the sax and my mom walked in and proclaimed loudly, “They’re going to be huge stars!!!”.

One of the best moments of my career was when we opened for Aretha Franklin at the Fillmore Auditorium on that weekend when she recorded the album “Live at the Fillmore” with King Curtis and Ray Charles. She told me that Tower of Power was her favorite band. I think my worst moment was in the late 80’s when I bottomed out on drugs and alcohol and nearly lost it all, but that turned out to be the turning point in my life because I got sober and found a lasting relationship with God, eventually coming to saving faith in Jesus Christ. 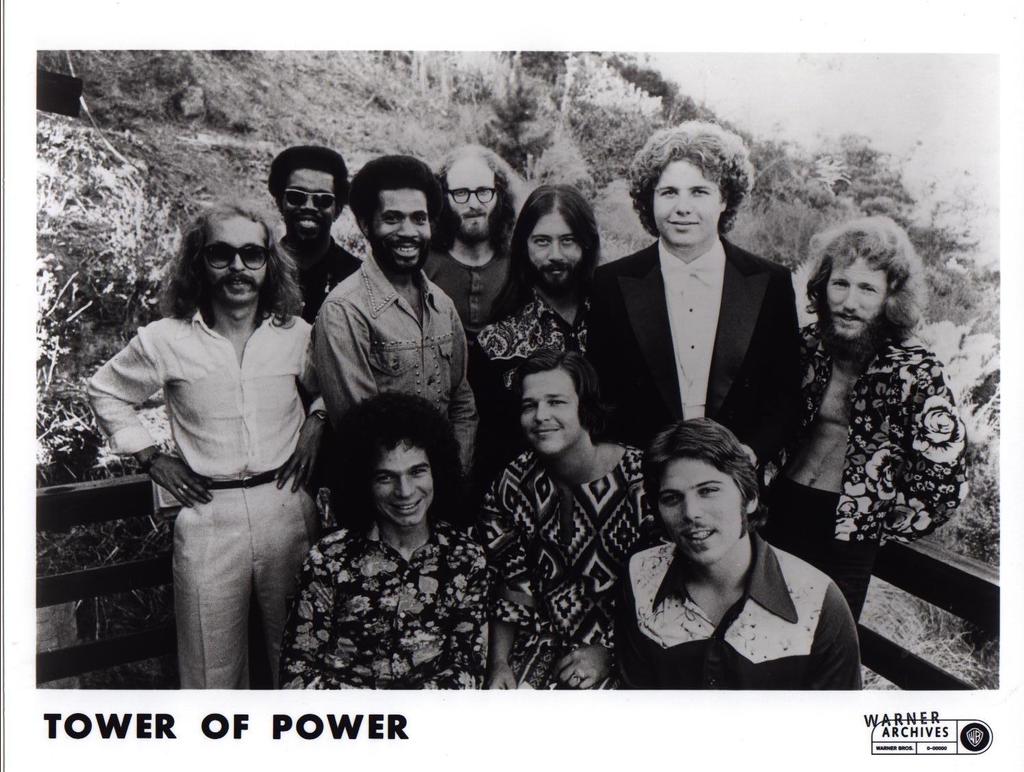 The things that give me the most satisfaction musically are song writing, Producing Tower of Power recordings, Playing live to really enthusiastic crowds, and playing with other great artists. There’s no “one” thing because I where many different hats.

I believe that there are many similarities in today’s music with the music of the 60's, and also the 50's, the 70's, etc… Great music always inspires great musicians to other great music.

Who are your favorite bands from ‘60's & of all the people you’ve meeting with, who do you admire the most?

My favorite band from the 60's is Sly and the Family Stone and of all the famous people I’ve met over the years I think the person I admire most is George Martin, producer of the Beatles. I’ve worked with him several times and it was always an inspiring experience. 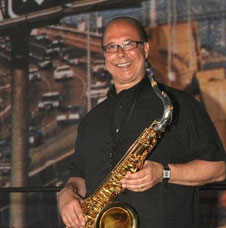 The thing I miss most about the 60's is the freedom and inspiration we had musically. Everywhere you looked people were trying new and exciting things and it was very stimulating and creative.

What makes the TOP so popular? What characterizes the sound of TOP?
I believe Tower of Power’s popularity comes from our commitment to quality and our unique signature sound which, of course, comes from God. Our sound is characterized by a dedication to being tight, innovative rhythmically, and above all else “soulful” in our own distinct way.

One of my favorite memories with Tower of Power is when we opened for Curtis Mayfield and the Impressions at Bill Graham’s Winterland. It was our first gig with Lenny Williams, Lenny Pickett, and Bruce Conte and we were in total awe of Curtis Mayfield. We got a huge response to the “new guys” and brought the house down.

When did you first meet Bill Graham, what kind of a guy was Bill?

I first met Bill Graham on the night we auditioned at the Fillmore Auditorium in 1969. He sent someone to get me and bring me to his office and, when I got there, he was counting a huge stack of money and was really scary looking. He paid me and I walked out thinking that he was unimpressed with the band, but to my surprise, 2 weeks later he offered us our first recording contract.

That began a lifelong friendship and he turned out to be one of the most generous and soulful people I’ve ever known. 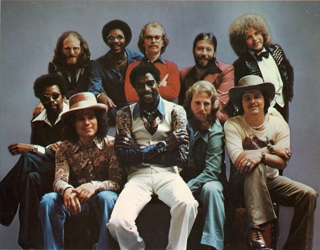 Why did he think that TOP continued to generate such a devoted following?

The biggest change I see in the music business today from the way it was in the past is that the human element is getting scarce. Everything is corporate; Radio, concert promotion, recording companies, management, etc… We need to get back to humans being creative with other humans. That’s the way God planned it.

Difficult question, but who of the people you have worked with, who do you considers the best?

I think one of the best and most talented people I’ve ever worked with, and there have been so many, is Quincy Jones; when we recorded on the Brother’s Johnson album with him producing.

Looking back over many years of music is there anything you wish you'd done that you hadn't?

Looking back over the years I wish I had sobered up from drugs and alcohol 10 or 15 years earlier but I guess God needed me to learn a few more hard lessons first. In retrospect God’s plan was perfect. 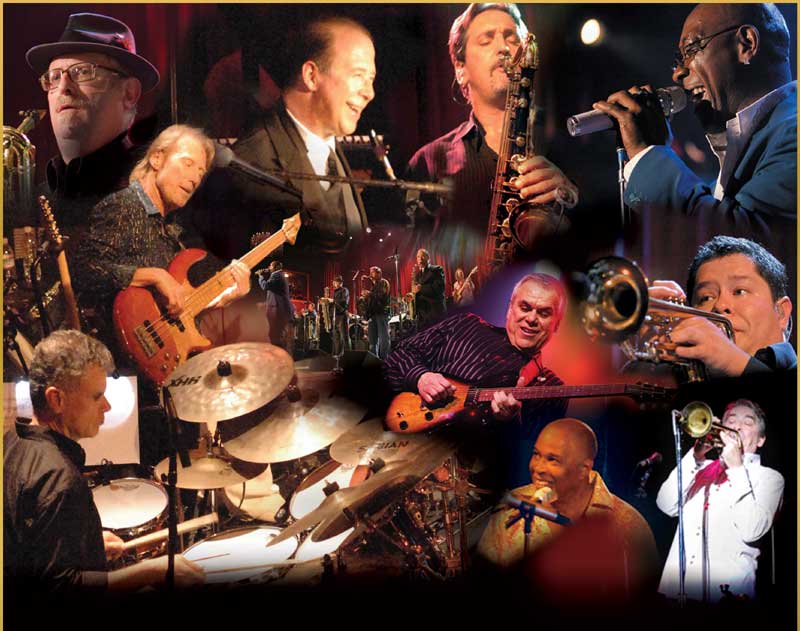