"I miss his humor, his insights into so many things and his friendship."

Charles Robert “Bobby” Zappa was composer and rock musician Frank Zappa’s younger brother by three years. He graduated from high school in Claremont, California in 1961 and soon after he joined the United States Marine Corps. His first tour of duty was with the 2nd Battalion, 1st Marine Regiment, deployed to Guantanamo during the Cuban Missile Crisis as part of the 5th Marine Expeditionary Brigade. In 1965, as part of Mike Company, 3rd Battalion, 7th Marine Regiment he participated in the first action taken in South Vietnam after the Gulf of Tonkin incident. After the Marines, he attended California State Polytechnic University in Pomona, Ca. where he earned a bachelor’s degree in history in 1969. He then attended the University of Stockholm, Sweden, where he earned a research diploma in social psychology, followed in 2005 by a master’s degree in education from the City University of New York at Lehman College in the Bronx. 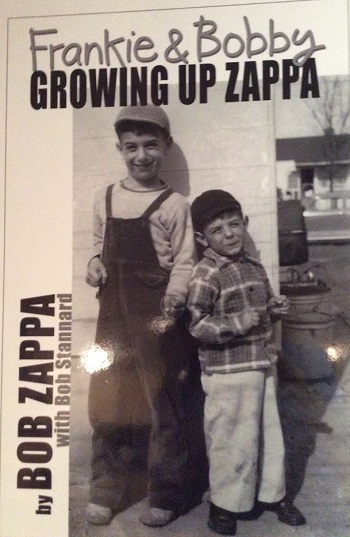 His professional career in publishing began with McGraw-Hill, Inc., where he held domestic and international positions in the College Division, the International Division and a subsidiary company, Datapro Research Corporation. He also worked for Prentice-Hall, Maxwell-Macmillan, Simon & Schuster and Primedia. After leaving publishing in 2002, he joined the New York City Teaching Fellows program teaching at a high school in the South Bronx. He taught U.S. History and economics for 11 years at the School for Excellence at the Morris High School campus, General Colin Powel’s alma mater. He is now retired and living on the Upper West Side in Manhattan with his wife, Diane.

“Frankie & Bobby: Growing Up Zappa,” is poignant and insightful perspective on the life of one of the twentieth century’s most provocative and intriguing musicians. Written by Frank Zappa’s younger brother, Bobby, this new “coming of age” memoir provides readers with never before told stories about events that helped shape Frank’s political, social, intellectual and creative development.  The book begins with the brother’s time in Maryland from the late 1940’s until the summer of 1967 in New York City before Frank and the Mothers went on their first of many European tours. This fascinating account describes how the two brothers lived through, and handled, a series of events ranging from amusing to life threatening.  It is a must-read for anybody interested in Frank’s amazing life that only his closest confidant and brother, Bobby, can tell.

Before I went to work for Frank at the Garrick Theater in New York in 1967, I had completed two years of college and before that I was in the Marine Corps with service in Cuba and Vietnam. The rock counter culture had very little influence on my views except to confirm that I thought much of the hippie movement was a waste of time.

How started the thought of Frankie & Bobby – Growing Up Zappa? What characterized FZ life’s philosophy?

I started writing my book soon after Frank died but did not finish and get it published until 2015. Your question about Frank’s philosophy would require a much longer response than I can provide and I think his son Dweezil and daughter Moon could do a much better job.

The best way to answer that question is to suggest that your readers see the documentary “EAT THAT QUESTION.” That would help answer your question about his philosophy but his music speaks for itself. No other musician has ever done what Frank did and long time fans understand that. Those hearing it for the first time either get it or they don’t.

What do you miss most nowadays from your older brother and what was the best advice gave you?

I miss his humor, his insights into so many things and his friendship. When I got a job in book publishing in New York and had to leave Los Angeles his advice was, “show up for work, don’t fuck up and one day they’ll make you president.” I did the first two but only made it to vice president

What are the lines that connect the legacy of Frank Zappa from Rock n’ Roll and Jazz to Blues and Classic music?

Good question, but one that music critics are better qualified to answer. 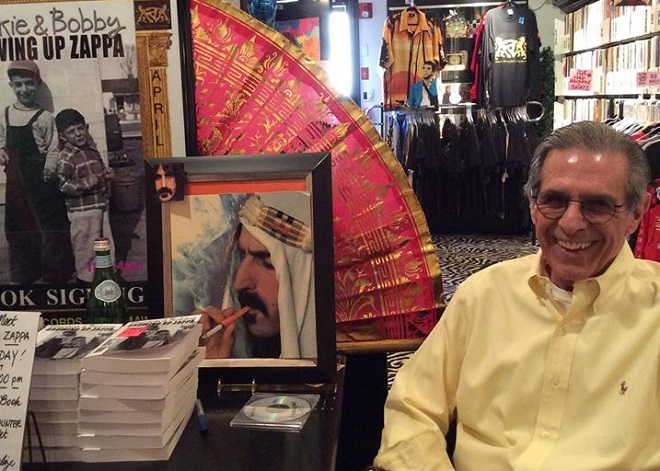 “Frankie & Bobby: Growing Up Zappa,” is poignant and insightful perspective on the life of one of the 20th century’s most provocative and intriguing musicians. Written by Frank Zappa’s younger brother, Bobby, this new “coming of age” memoir provides readers with never before told stories about events that helped shape Frank’s political, social, intellectual and creative development.

What would you like to ask and what would you say to FZ? How important was FZ Greek origin in his life and music?

I would ask him what he thinks of the way the ZFT has impacted Dweezil and Moon. And Greek is only a small part of his ancestry. Our father was Sicilian and our mother had Neapolitan ancestry. There are also traces of Arabic in our lineage.

What is the impact of Frank Zappa music and life to the racial, political and socio-cultural implications?

This is a very broad question that requires more introspection than I can provide at this time.

What has been the hardest obstacle for FZ to overcome as a person and has this helped him to become a better artist?

His most difficult challenge was his health. By ignoring it for so long I think he was able to focus more on his composing, performing and social commentary. That was his downfall.

A whole day? Backwards: to be with Frank at the Garrick Theater. Forward: to spend a day with my son, Jason, Dweezil, and Moon at the beach in Malibu. 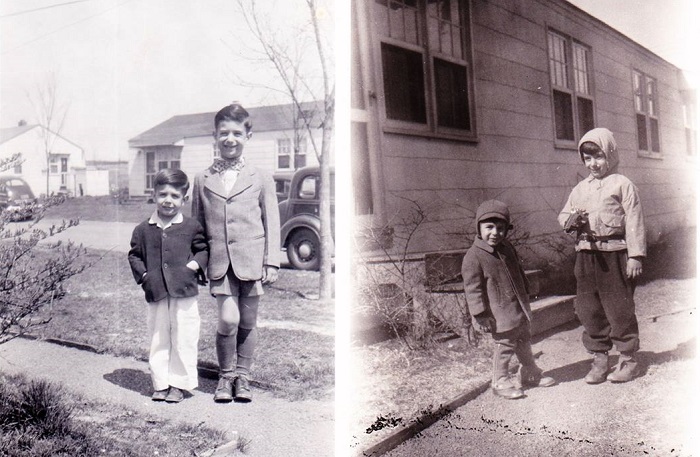 Photos courtesy of Bob Zappa Archive / "Picture of Frankie and me was taken in Edgewood, MD c. 1948. It appears in my book along with other never before seen photos of the two of us as children and young adults."