"If you can play some real Blues, then you can play Rock’n Roll, Hard Rock, Prog etc. Music and Feelings should be first, then being technical comes after. That’s what Blues is all about to me: Musicality."

Steph Honde: The Bluesy Side of Rock

Steph Honde is a French singer, songwriter and multi-instrumentalist (guitar, piano, bass). Honde is most famous for being the frontman of the American hard rock supergroup, Hollywood Monsters which he founded in 2013. Before Hollywood Monsters, Honde was the guitarist of the French rock band Café Bertrand from 2004 to 2010, when he resigned from the band and joined Paul Di'Anno band as the guitarist on tour across France. His love for music developed early. His first musical instrument was drums and he later started to play guitar in order to achieve his goal to become a songwriter. Honde started his music career as the frontman of the French band Mamooth. Honde achieved great success in France as a guitarist. 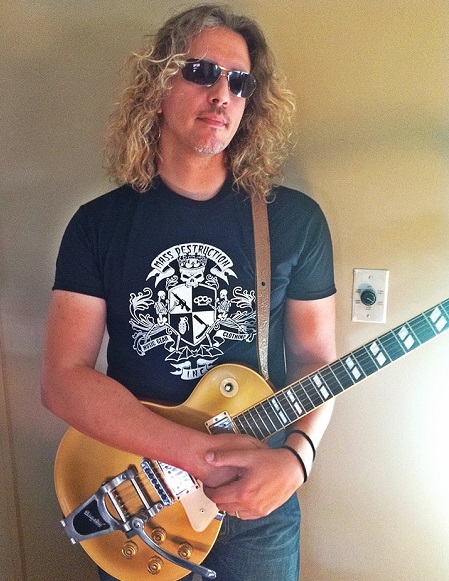 He garnered a well-deserved reputation as a guitar virtuoso when playing in the French hard rock band Café Bertrand in 2004-2010. In 2006 Café Bertrand was chosen to be the opening band for the Deep Purple European leg of the Rapture of the Deep tour. In 2009 Café Bertrand was the support band for two AC/DC shows in France during the Black Ice World Tour, and played at the Montreux Jazz Festival. Honde left Café Bertrand in 2010. In 2012 Steph Honde emigrated to California, U.S. and started working on his own project, the band Hollywood Monsters which features legendary guest musicians. Steph created the project in 2013 and is the only songwriter of the project, including the band's debut album Big Trouble. The band members are: Steph Honde, Don Airey, Vinny Appice, and Tim Bogert. The music genre of Steph is commonly referred to as hard rock reminiscent of the 1970s, yet his songwriting was also inspired by progressive rock and heavy metal. Honde listed among his influences Iron Maiden, along with Pink Floyd, Frank Zappa, The Who, Deep Purple, Marillion, Led Zeppelin. The Hollywood Monsters are recording a new album, called Evilution, featured Steph, Vinny Appice, Neil Murray, Janita Jenny Haan (Babe Ruth), Tim Bogert and other guests.

The Blues means everything to me: It’s the root of modern music. To me, every musician should learn how to play the blues first…I mean REALLY play the blues, which is not easy because technic is not that important, music and feelings come first. It seems a lot of musicians and especially guitarists nowadays just want to show off. If you can play some real Blues, then you can play Rock’n Roll, Hard Rock, Prog etc. Music and Feelings should be first, then being technical comes after. That’s what Blues is all about to me: Musicality

How do you describe Steph Honde sound and songbook? What characterize your music philosophy?

I just play straight in the amp, with a Catalinbread distortion. I don’t like to use that much of effects, again, in my book, a musician should be able to sound great with not that much effect ...must be my bluesy side! My music philosophy is “just play what you want, don’t be stuck in just one genre of music and be yourself”. I think that my music must be a mix between Pink Floyd, Black Sabbath and The Foo Fighters but I’m also very influenced by Genesis, Frank Zappa, The Misfits, Buddy Guy, Marillion, Michael Monroe, not especially guitarists per se. 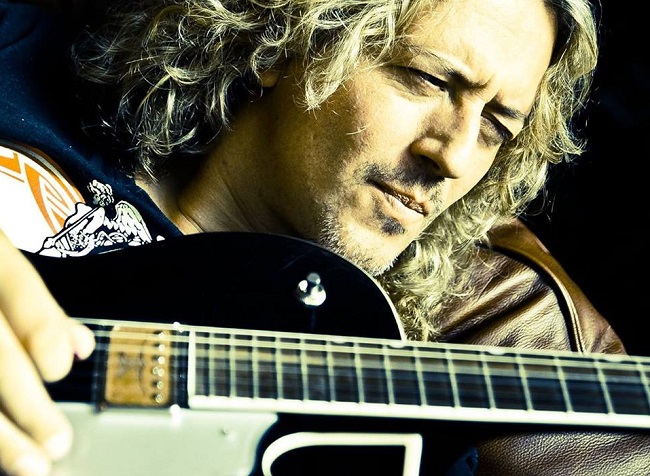 "The Blues means everything to me: It’s the root of modern music. To me, every musician should learn how to play the blues first…I mean REALLY play the blues, which is not easy because technic is not that important, music and feelings come first."

I think it must have been Deep Purple. I had the honor to open for them for more than a year and I’ve watched all the shows they did…it was like a master class every night. Another very important experience with my first meeting with Tim Bogert (and all the discussions we had about music).That’s Tim who told me first that the sound wasn’t in the guitar or the effects but in the fingers and that’s VERY true! But, every meeting are important, you always learn something which is great…we never stop learning!

There are a lot of memories, and a lot of Spinal Tap-ish memories haha! One of the greatest memory is when I got to open for AC/DC on their Black Ice tour…that was crazy! We played in front of 80.000 people and it was so easy, it was like not being there and watching a concert on TV. Another one was when I was introduced to Robert Plant: he told me “hi, I was the singer of Led Zeppelin” What can you say when somebody tells you something like that? Haha!

I miss the freedom, I miss the artistic risks. A lot of bands, especially in the Hard Rock and metal scene, are so afraid to please that they just copy each other…that’s very bad but I’m not a guy stuck in the past , I like a lot of new bands but they don’t have the exposure bands had back in the days. 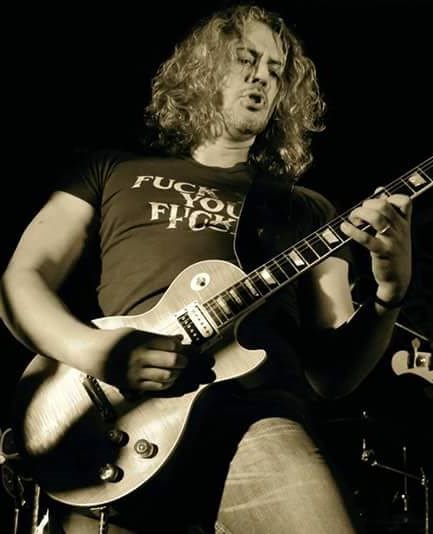 Hum…To make the music business more friendly and, like I’ve said above, I would like bands to take more risks, they (we) all sound and look the same, that’s pretty boring. I wish musicians would be more sincere. And…I would like people to stop downloading illegally our music, man…you are killing the bands you like! People can offer to buy the new IPhone and they say they can offord to pay $9.99 for an album??!!! That’s nonsense!

What are the lines that connect the legacy of Blues with Heavy Metal, Hard, Classic and Progressive Rock?

Music! It’s just music and emotion. I think, the goal is to “say something”. I always try to express my own experiences in life...you can call that Blues, Heavy Metal or whatever, if it’s made from the heart, that’s all that matters to me.

What has made you laugh and what touched (emotionally) you from Hollywood Monsters project and partners?

Vinny Appice just did an interview few days ago that I didn’t know about and he had some great words about me. It’s amazing to read interviews of musicians that you admire talking about you in such great way…that’s very good for the ego…or not haha! I really think that the fact that all these great musicians like my music is the best thing ever, I never thought that would happen to be honest.

What is the impact of Rock n’ Roll culture and music to the racial and socio-cultural implications?

Nowadays…I don’t know…Bands and musicians are too busy looking at themselves I think to change anything. It used to be different back in the days but I think it comes from the fact that musicians are struggling these days to make a living but I’m sure things will change very soon, we just need to find another way to exist and to promote ourselves.

I would go back to the ‘70s to see how it feels to be in society where everybody used to be happy, when music was improving all the time…to feel the freedom. I don’t ask for much, that wasn’t that long ago haha! 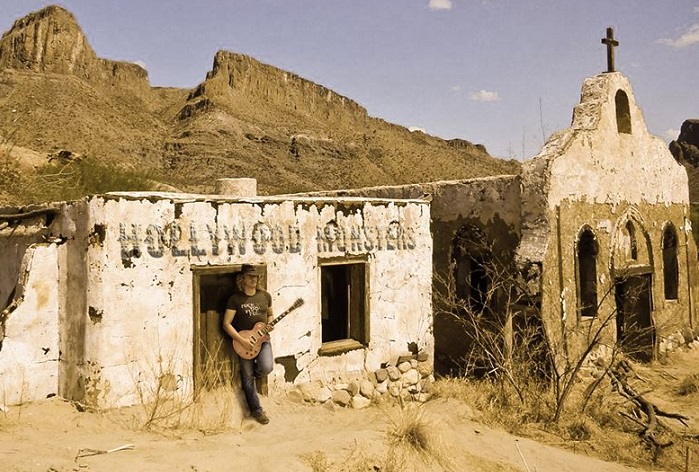