Hans R. W. Abry is a German photographer, who loves Jazz, Rock, Soul, but his passion is the Blues. Born under the Pisces sign at middle of ‘60s. After his daily work with his camera worn on the neck make art his passion for the music and photography. “I have always liked photography. In addition to that, I like live music in general. I like jazz and rock, but I prefer blues and boogie.” Hans says “Not in big halls or stadiums, but rather in pubs and clubs, where you can actually look into the eyes of the musicians and see their fingers play their instruments. Such as at the Monday Blues Jam at Osnabrück.” 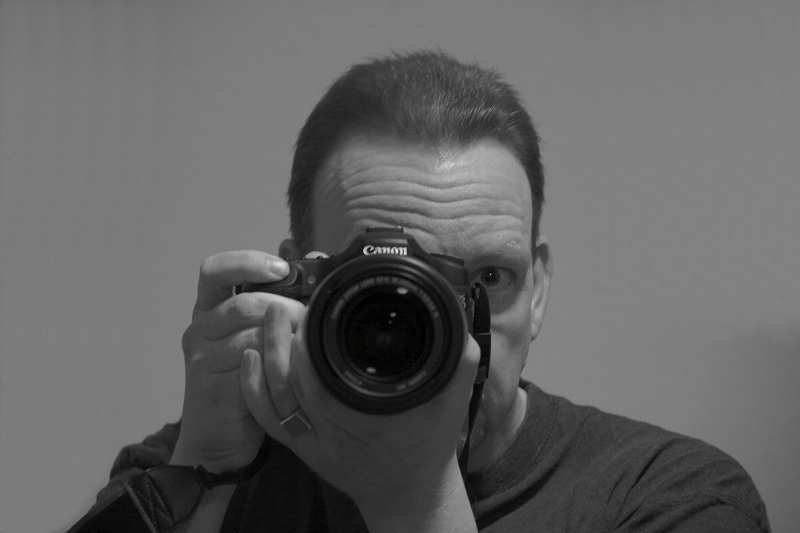 The weekly Osnabrück blues sessions have been a standard thing for local and supra-regional blues musicians and blues fans every Monday. It's an important part of the schedule of many people since it was founded in the legendary PINK PIANO club in 1986. International artists visit this blues session, as the high musical level makes this specific jam session a relevant occasion for blues musicians to meet.

The PINK PIANO unfortunately had to close its doors in 2001, but the blues is not to be stopped in Osnabrück and the blues sessions continue - every Monday at the Lagerhalle in Osnabrück, Germany.

“Since then, from time to time at irregular intervals I took some pictures of the weekly Blue Monday Blues-Jam-Sessions and the annual big Blue Monday Jam in Concert!”. Hans talks about the Blues, image, and the famous Osnabruck jams.

Hans, when was your first desire to become involved in the photography? What does “photo” offered you?

There never was a desire to be involved. It just happend. At the age of 13, I was given a simple cheap camera that I have taken everywhere I went. I took pictures of everything around me. When I was 14, my uncle bought me my first SLR. Since then photography is my hobby.

Both needs hard work. Both are fun, too. But for me there are more important things in life. 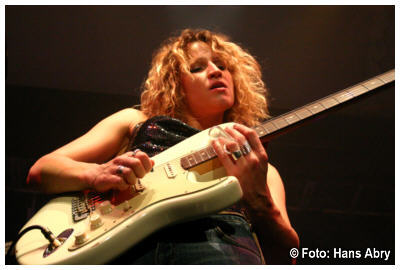 I have no philosophy about the image. It's just the moment when I look at an image and say "YES!" It does not matter what the subject is, or who took the picture. The image must speak for itself, without having to explain it.

If everything is right, the mood, the background, the light, the technique. But there is no specific image.

It's not a career, it's a hobby. Having not enough time to spend on my hobby is the worst

Would you mind telling me your most vivid memory from Osnabrück blues jam sessions and concerts?

In Osnabrück local and national blues musicians and also international guests meet every Monday. It's a public jam session. Sometimes they forget that it is public and they play in ecstasy as if there were no audiance. Then they grin from ear to ear and they are in their own world. That's always the best.

The best phase of my "career" was, when I had time to care about all these things like visiting concerts, taking pictures, adding them to my website. One year I had over 36000 hits on bluesfoto.com and a top ranking in Google for search terms such as 'blues' and 'photos'. Right now I have no time to take care of my homepage, or in general to cake care of my photos. That's the worst. 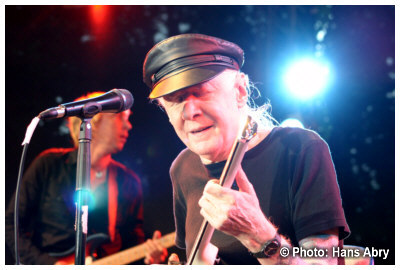 I recall with pleasure the 15. Grolsch Bluesfestival in Schöppingen, among others with Joe Bonamassa and also Johnny Winter, when I accompanied friends who have played the opening act.

Which is your favorite photo? In which photo can someone see the best of your work?

To answer this question I have looked through some of my photos once again, but there is no definite answer.

I know myself that it is annoying for the audience when someone is constantly moving in front of the stage. Especially in small clubs. Sometimes there are complaints. But of course they always want to know where the photos are published.

If you want to have fun, just do it. If you want to earn money, be really good and uncompromising - or forget it. It's not enough to take good pictures. You also have to be a businessman, manager, organizer and marketing expert.

BW or Colors, Digital or Film and why?

Both, BW and Colors. It depends on the scene and the mood. Concerts on a large stage with a perfect light show I photograph usually in color. When I'm at a bar or a club very close to the artist, I often prefer BW. As the digital SLR was affordable, I switched. It became much easier to edit images, to send and publish them. 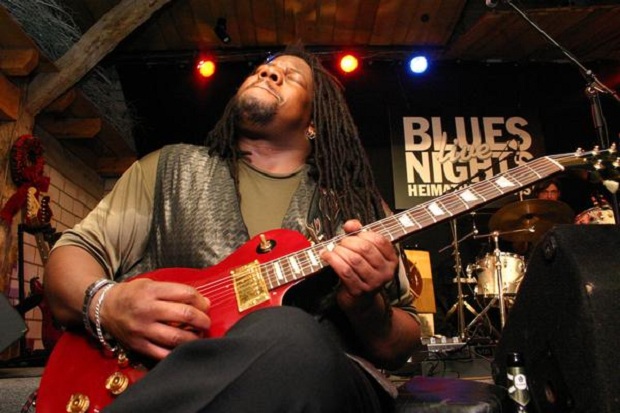 "I know myself that it is annoying for the audience when someone is constantly moving in front of the stage." Photo by Hans Abry: Khalif Wailin Walter on stage

Which of the musicians were the most difficult and which was the most gifted on pickup lens?

Difficult to shoot are musicians who move very fast and constantly outside of the stage lights. The gifted moments are very close, almost intimate interactions between musicians, like guitar battles, call 'n' responce or something like that.

Not from a musician, but someday a cyclist wanted a nude photo in bed with his racing bike ...

How does the music come out of your lens?

I do not know myself. People say that it works out sometimes. 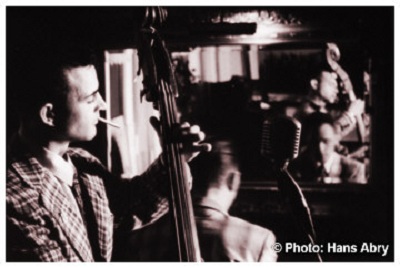 A photo with acoustic bassman and piano pleyer in mirror. I had initially discarded. When a friend saw it, he was excited and wanted to have a poster of it. Meanwhile, it is also one of my favorite photos. It was one of my first photos of musicians and it was made in my friend's pub.