"Blues directly relates to an emotional state or a state of mind, or both."

Gregg Giarelis: A Bluesman is born

Gregg Giarelis is a singer, songwriter and guitar player born in Athens, Greece. Early recordings of Chicago bluesmen heard around the house and a deep fascination towards the guitars hanging in the living room was what triggered Gregg's interest in guitar playing and led to a further involvement with blues. Over the years he intensified his relationship with the guitar and singing. His playing was influenced by great blues artists such as Otis Rush, Albert king, Albert Collins, Ronnie Earl, Colin James and Buddy Wittington. 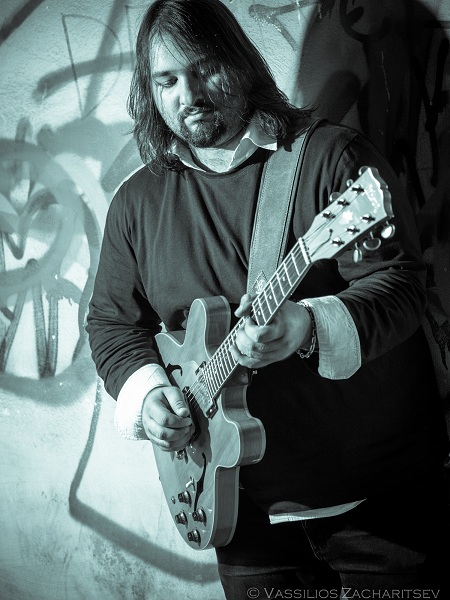 Gregg's been performing frequently since 2004 as a solo artist or in
the context of blues bands and has shared the stage with great blues artists like Lucky Peterson, Michael Dotson and Eddie Taylor Jr.
"The boy can play the blues..." Such were Benny Turner's words to the audience after the 10 minute long jam that took place at the "Saloon" blues club in New Orleans, during Greg's recent trip to the United States. Gregg has just released his first solo album entitled "Five Years Of Trouble". It consists of 6 original compositions, five songs and one instrumental track.
These songs were written during the fall of 2011 and were recorded by the end of that year. A lot of attention to detail has been paid in the album process, being recorded at top notch studios and mastered in Memphis Tennessee. Last track of the album, was recorded in Nashville with producer Steve Haggard of Wild Oats records and is also included in the 2012 Wild Oats sampler cd. Gregg is an artist with a personality that deserves to discover and listen...guaranteed !!!

What made you fall in love with the blues and what does the BLUES mean to you?

Well, I grew up on blues. It was something always heard around the house. But I guess the turning point was Little Brother Montgomery's "the first time I met the blues" performed by Buddy Guy which I heard when i was about 10 years old. That was mystical man. And I had to discover it. Get to know it. And part of what blues means for me comes from that very listening experience. A man with his guitar singing his sorrow away. Feels like home since then. And i guess that's what blues is for me. Home.

How do you describe Gregg Giarelis’ blues and what characterize your philosophy about the blues?

There's something about tradition that feels exciting. The process of going back and rediscovering certain things and trying to get a fresh glimpse at them. I guess that would sum up my philosophy regarding the blues and probably, if I may say, life in general. So, regarding a description of my music, I'd say it's traditional but with a modern twist to it. I deeply respect consistency to the stylistic elements of blues playing. And I feel I'm drawn to what is a creative procedure of reproducing them in a personal way. Best moment so far, the release of my debut album entitled "five years of trouble". Had a really great doing it and i hope listeners will enjoy it just as much.

Worst moment? Hmm, I’d say a certain gig in which I experienced a constant denial of my amp to produce any sound after 15 minutes of playing.

And on the other hand, my respect and interest towards the fact of diversity of feelings and emotions in a human being. Everybody's got them. Ups and downs, mood swings, happiness, sadness, loneliness. And these are portrayed in Blues, in a very unique and original way. That's probably it.

Because they tell people's truth. It's a product of man's need to directly speak his soul. To lay down any kind of burden, express any kind of a happy felling, talk about life and death in general and make a song out of it so he can share it with the rest of the world. And i think that's why it's always gonna be around. 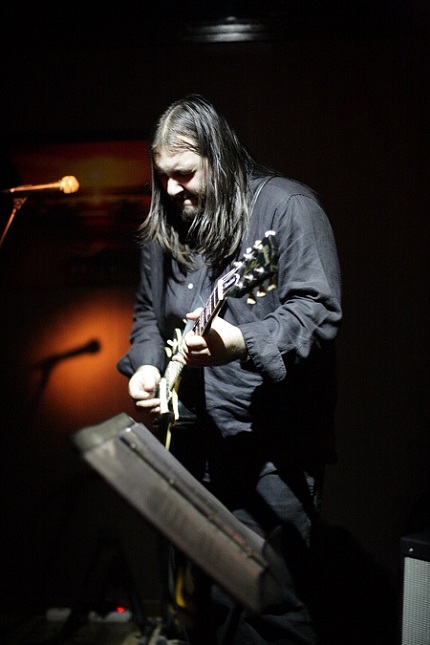 I owe a lot to two guys I’ve been acquainted with since 2006. And that's Michael Dotson, leader of his own 3 piece and guitar player for many renowned Chicago blues artists and Dimitris Ioannou, bass player and singer of Blues Cargo. Both these guys have always given me food for study and thought. Whether through a private lesson or by sitting in with them in a gig. And there's also one of my biggest influences I’d like to mention, Ronnie Earl, who has been a great inspiration over the years and somebody I’ve been intensely studying and learning from.

Well, a period of health instability gave me I guess an important lesson in life and some things to talk about. A few tough relationships as well. But I think you can write a song for just about anything or because of just about anything.

I guess a good blues musician has yet to experience fully the stuff he plays. The bluesman makes music out of them.

Would you mind telling me the most vivid memory from recording time in Nashville with Steve Haggard?

Well, we were chatting with Steve about Blues stuff that I like and blues stuff that he likes and one of us mentioned Fred James, which I greatly admire and respect for his work. So next morning Steve calls me up and tells me that the guy who's gonna play keyboards and Hammond for "raindrops" is Fred's brother! Chris P. James. I can't even begin to say how excited I was man! And he did the most beautiful job on the track.

Do you remember anything fanny or interesting from your US trip from New Orleans to Memphis Tennessee?

When I went to Memphis I visited Niko Lyras at his cotton row recording studios. He was at the time mixing a gospel record by Moses Tyson, jr.

I remember Mr. Tyson, laying down a few vocal lines and i distinctly remember the magnitude and at the same time the sweetness of his voice. That was great to have seen and have heard!

Do you have any amusing tales to tell from your experience with local blues musicians and bars? 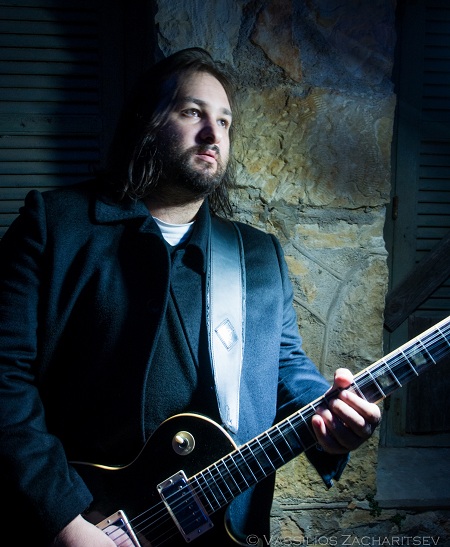 Hmm, no particular comes to mind, but it's always a festive, good spirited atmosphere with laughs and a good time.

Are there any memories from Lucky Peterson, Benny Turner, Michael Dotson and Eddie Taylor Jr., which you’d like to share with us?

There's a memory I treasure and comes from sitting in one night with Michael Dotson. I hadn't played for a couple of weeks due to an illness and i started to feel frustrated.

When it all began for the blues in Greece, who is considered the "godfather" of local blues?

I can think of two names. Elias Zaikos of Blues Wire and Dimitris Ioannou of Blues Cargo. Those two guys and their bands have educated the audiences and inspired musicians in Greece and Europe for over thirty years. And will do so for many years to come I sincerely hope and wish. They gained my deepest respect ever since I heard them play. I consider myself lucky to have played with and have learned from both.

Make an account for current realities of the case of the Greek blues. Which is the most interesting period in local scene? Give one wish for the GREEK BLUES

Well, there's an expanding audience, there are venues that house blues music in weekly basis and more and more young fellows become interested in coming to contact with blues music. I'd say the last decade seems to be really interesting a period for the blues in Greece and my wish is that this goes on.

How a Greek guy to be plays the blues? From the musical point of view is there any difference between European & US blues musician?

From what I've experienced so far, blues music grasps the attention of audiences in Greece. There seems to be a deep understanding and respect towards it. And there's a growing amount of people, despite of age, who become drown to it musically. Hence a growing number of local blues bands and blues players.

I'm not sure about what are the differences between US and European blues musicians. All I'm thinking is that what plays an important role in the shaping of somebody's playing is the stuff he takes an interest in. 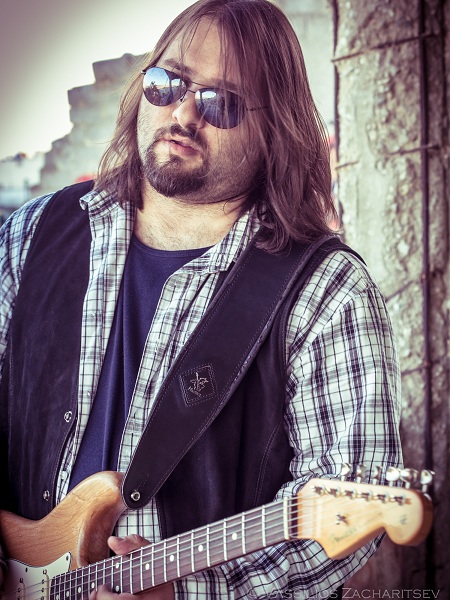 Blues directly relates to an emotional state or a state of mind, or both. So yes, there's blues. And there will be. Wherever there's a soul there's potential for the blues.

I'm thinking that happens because, both in those music genres, people speak about their everyday troubles and feelings and find a way to sooth their pain. But nevertheless we've got two completely different types of music.

What are the reasons that Otis Rush, Kings, Albert Collins etc. became a legendary generation that left its mark through the years until now?

Well, I guess because they were pioneers of the electric blues sound. The way they did things was unique and immediately identifiable. And of course the strong statements made within their playing created schools of techniques and styles of playing which continue to develop and flourish until today.

What advice would you give to aspiring blues musicians thinking of pursuing a career in the blues craft and what is the best advice a bluesman ever gave you?

My advice would be to work hard and devote yourself to what you do. Do it cause you feel happy and complete by doing it and not for anything else.

I guess the best advice I got from Lurrie Bell. He said: “The most important thing is to keep playing, keep doing what you do and give it your best.”

What is your music DREAM? What turns you on? Blues “poison and happiness” are…

It's the whole process of writing and performing that turns me on and makes me happy. And a certain music dream of mine is to convey this happiness and excitement of mine to people around me. 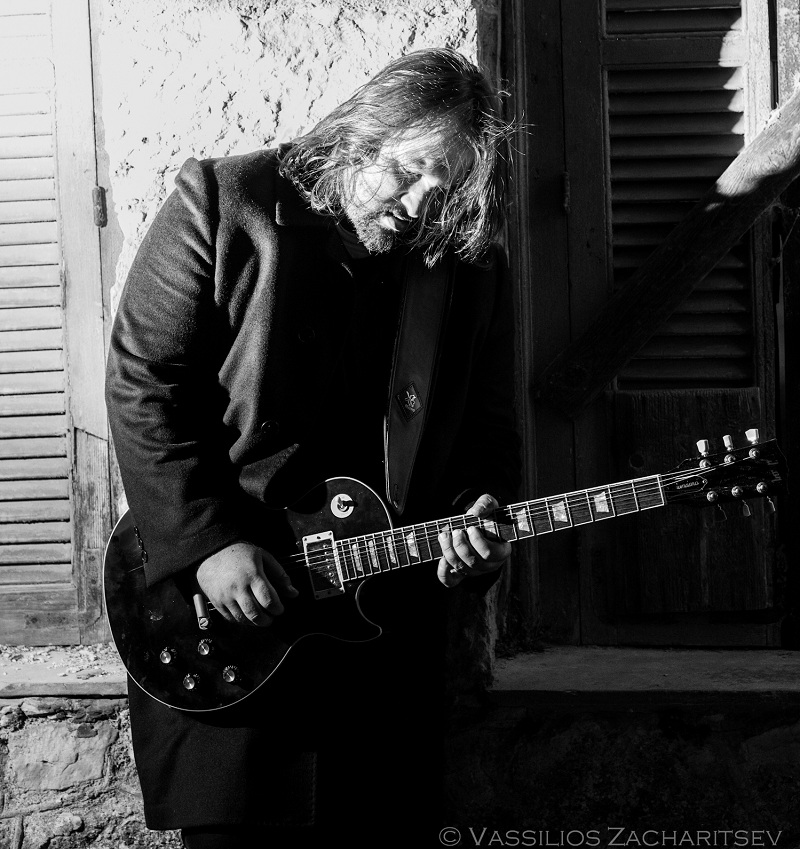