"Depression exists in any country. So blues is always there!!"

Akis Tourkogiorgis born and raised in Castella of Piraeus, Greece. The slope of the music seemed at very young age but the serious preoccupation with it came at high school years, when he began studying the great rock guitarists. He followed classical guitar and harmony studies, and then "the big school", the participation for two years to the legendary Greek rock-blues band of Socrates (Drank The Conium), which was created by his older brother, Antonis Tourkogiorgis with guitarist Yannis Spathas. He made a lot of his own bands, which, however, did not let discography. His debut recording was in 1983, on album "Enechyro (Pledge)" by Dimos Moutsis. This was the beginning of a very large participation in the Greek discography primarily as guitarist and composer. He collaborated on stage and studio with many famous local singers and composers. 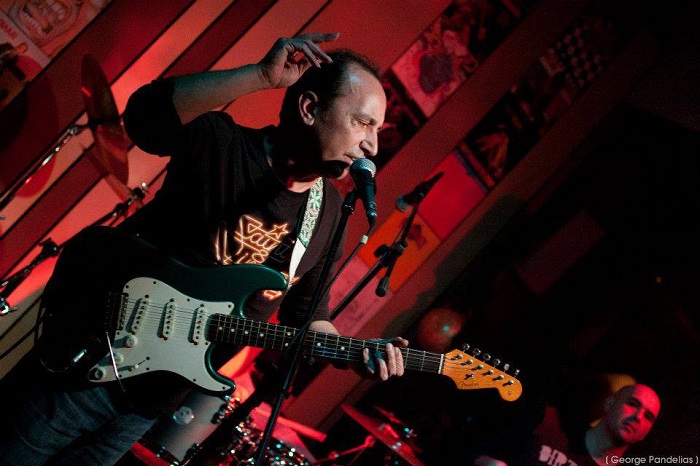 In 1992 released his solo instrumental LP, "Kalliostro" (Virgin Records), and in 1995 "Angels - Devils" (FM Records). End of 1999, released his book "The Electric Guitar and the Technique of" (by Fagotto). His current project, Akis Tourkogiorgis & The Blue Airways formed in February 2010. The English speaking Hard Rock / Classic Rock & Blues band, consists of well-known, prestigious and renowned musicians. The "Blue Airways" are: Akis Tourkogiorgis on guitar & vocals, Makis Gioulis on drums (Socrates), Spyros Mazis or Leonidas Filintas on bass & vocals, and singer Markella Panayotou as guest. Their program is based on compositions of Akis and Rock Blues covers. In 2012 released their first album (CD & Book) "Three Days Of 1969" by Gavrielides Publications. He has taught at conservatories "Philippos Nakas" and "Art Music School" of Yiorgos Fakanas.

Blues is the basis for me. It’s a simple form of music that needs a lot of feeling. I love that.

How do you describe Akis Tourkogiorgis sound and songbook? What characterize your music philosophy?

It’s hard for me to describe myself... My music philosophy in general is to be open minded. 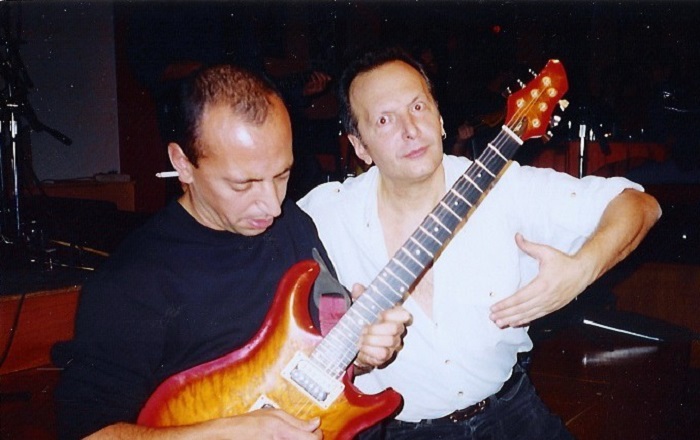 "There are a lot of skillful players today, but I miss the soul and heart of the sixties and seventies. Great songwriting then. That’s the thing I miss the most..." (Photo: Akis & Antonis Tourkogiorgis)

What were the reasons that you started the Rock/Blues searches and experiments?

My brother (Antonis Tourkogiorgis) used to hear a lot of Eric Clapton and the blues breakers... It was so impressive. I loved that sound. And when I was 16, I begun trying things like that...later on I studied a lot of guitarists like Johnny Winter, Mick Taylor, BB King...Of course Jimi Hendrix and many many others.

Meeting Yannis Spathas (of Socrates). When I started playing I asked him“What’s the secret for becoming a good guitar player?”...and he said to me..."'Red House' boy". This is the secret…ha ha...!

Oh…Too many...!! I could write a book about that. I’ve already done that.

There are a lot of skillful players today, but I miss the soul and heart of the sixties and seventies. Great songwriting then. That’s the thing I miss the most... "Blues is the basis for me. It’s a simple form of music that needs a lot of feeling. I love that." (Photo: Yiorgos Fakanas, Yannis Spathas & Akis Tourkogiorgis, Athina Live backstage 2015)

Make an account of the case of Rock/Blues in Greece. Which is the most interesting period in local scene?

Always. There are very good blues bands and players in Greece.

What are the lines that connect the legacy of Rock Blues from United States and UK to Greece?

Depression exists in any country. So blues is always there!!

What is the Impact of Blues and Rock culture to the local socio-cultural implications?

I think I’ve already answered that... in a very simple way.

I always like laughing and generally...having fun. Life is short...I’ve been so many years in all that. It’s hard to remember. I have things to forget…ha...thank you. 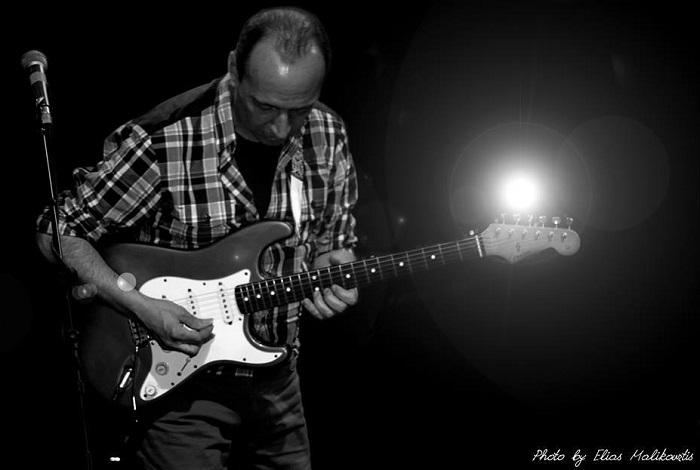 The "Blue Airways" are: Akis Tourkogiorgis on guitar & vocals, Makis Gioulis on drums, Spyros Mazis or Leonidas Filintas on bass & vocals, and Markella Panayotou as guest.