"If there's one thing I miss (in actuality two), it's the honesty and simplicity of music from back in the day. Fear of the annihilation of the true source of sound and the essence of music."

John Patelis: The Blues is Alright 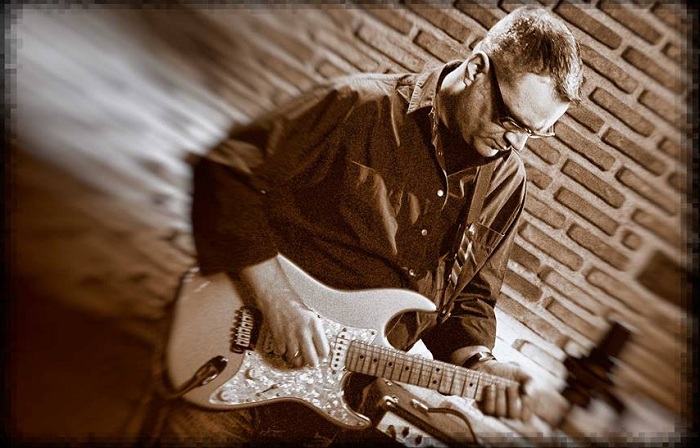 What did you learn about yourself from the blues and what does the blues mean to you?

How to go about with total freedom of expression along with reckless abandon, no holds barred and from the gut feeling.

Blues equals power to me and translates into deepest of feelings and thoughts expressed through one's ability to create intricate vocal or instrumental soundscapes breaking the boundaries and rules of "harmony".

How do you describe John Patelis sound and progress, what characterizes your music philosophy?

Sound is understanding which frequencies are best within the context of a song, live band situation or studio environment. Especially "Tone" to me personally, is vital so I try to adjust frequencies so they're powerful but ear "friendly".

Everything that my generation grew up with (60's/70's) was groove oriented & that specific groove originated from the understanding these artists of that era had of the Blues. Wether it was Rhythm & Blues, Country, Rock n' Roll, Jazz, Soul, Funk, Fusion, Rock etc. the element of the Blues is always present. Most of what we have today was derived from ancient modes, rural Blues, and then later evolved into all the aforementioned.

That all being said, I'm simply a disciple of all the above, continue to play, write, perform, teach as much as I can, carry the musical flame and pass it on to the next generation of aspiring musicians/ guitarists/ bassists/ singers so it keeps on lighting up hearts with Blue notes and beyond. That to me is progress. 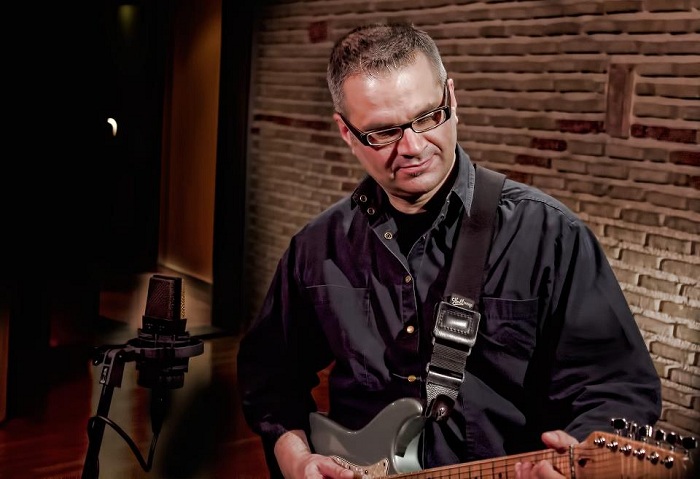 "In my humble opinion Blues had one real, last and very powerful ambassador in S.R.V. After his passing it's never been the same."

"Blues had a baby and they named it Rock n' Roll" penned McKinley Morganfield a.k.a Muddy Waters.

Both continue to have such a following because people still have the need to be in touch with reality, meaning honest from the heart and soul music that they, the simple folk can relate/identify with and that is not distant.

Do you remember anything funny from Kingston Mines and Buddy Guy's Legends jams in Chicago?

Certain individuals who had too much "spirits" taking the stage unexpectedly during a concert doing "their thing" and creating quite intense situations for the band (and myself included) who tried to hold the fort, while members of security courteously escorted them off.

Being fortunate in meeting a few of the greats, only to find out how humble and down to earth they were. That was enough of a lesson.

It wasn't actually advice but it was something that assured me that I was on the right track, when I was told that I happen to be "aware" of "where" to station myself on stage (meaning not take over others "spotlight" or moment which is very crucial).

Are there any memories from Mahogany Rush drummer Jimmy Ayoub which you'd like to share with us?

Was 12yrs old when I first met him at Mahogany Rush's studio (he actually offered to teach me drums two weeks before leaving permanently for Athens, Greece in 1976). We all looked up to him because of how accomplished he was, one of the pioneers of the double bass drums and a true star.

Then in 1996 at 32yrs I was referred to him when he was seeking a guitarist/singer for a local concert by his brother, who happens to be a schoolmate and good friend (an exceptional drummer/producer in his own right). Just to share the stage with someone of this caliber is an honour and what I'll never forget is, that most of that concert we played, I just looked at how he was drumming. Twas quite a learning experience. 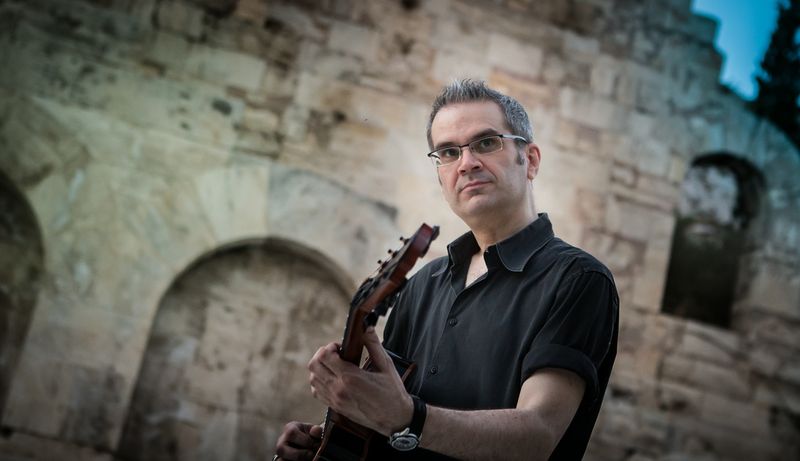 "Blues equals power to me and translates into deepest of feelings and thoughts expressed through one's ability to create intricate vocal or instrumental soundscapes breaking the boundaries and rules of 'harmony'."

Make an account of the case of the blues rock in Greece. What mistakes in local scene would you wish to correct?

Creating opportunities for musicians and bands in a proper environment with the credit and respect that's due to them.

Greece has world class musicians plus musical virtuosity and all parties involved should capitalize on it wisely.

From the musical point of view what are the differences between the American, Canadian and Greek scene?

It all depends on who you are, what you represent and what you are striving for.

The U.S. has a very vast and diverse audience therefore there's room for musicians from all areas to expand their musical horizons. It's the big stage which in turn, makes it even more difficult to get on to.

Canada has a very "down to earth" approach, more "closely knit" society due to a smaller population and people do enjoy Blues, Country, Rock, Soul, Jazz "a lot". That's why there are so many festivals; they truly honour and respect the Arts in general. That's reason enough to be based here. The scene in Greece needs a green "go ahead" light. Too many talented people to mention (lots are personal friends).

The promoters, managers, media have to realize the potential of these individuals and invest in them in a righteous manner. Before they've given up on their hopes, they should be given the stage so if there's anybody listening, do give these people a chance to show you what they got...you'll be surprised at what might be just waiting, to be discovered right in your own backyard.

What has made you laugh lately and what touched (emotionally) you from the Greek music scene?

I'm not laughing at all when it comes to the scene in Greece, in fact it does concern me a whole lot.

The absence of one of the true originals and friend Antonis Tourkogiorgis from being active on stage where he belongs. 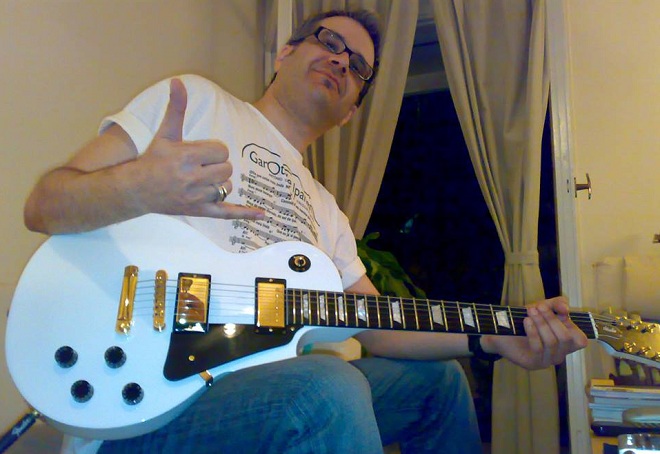 "Greece has world class musicians plus musical virtuosity and all parties involved should capitalize on it wisely."

What do you miss most nowadays from the past music? What are your hopes and fears for the future of?

If there's one thing I miss (in actuality two), it's the honesty and simplicity of music from back in the day.

Fear of the annihilation of the true source of sound and the essence of music.

They'll always be linked due to the fact that the foundation is the same and very deep.

When we talk about Rock and Blues usually refer. Do you believe in the existence of real blues nowadays?

Very difficult, we'd have to rewind several decades...too much information, images and sounds nowadays that distract one's attention from the objective, which is music itself.

In my humble opinion Blues had one real, last and very powerful ambassador in S.R.V. After his passing it's never been the same.

Though you might get lucky enough and stumble upon greatness at your local obscure bar with an unknown creating magic...if and when you do, do inform me...

To take care of Jimi Hendrix's, Stevie Ray Vaughan's, Albert Kings and Rory Gallagher's guitars and hand them to them on their way to the stage, to go on once again and enlighten those who care.