Greek virtuoso soloist of the bouzouki and guitar, Michael Paouris talks about the Jazz and Greek music

"Everyone in the whole planet knows that the structure of the jazz harmony is the philosophy and the use of the Modes Scales. Ionian, Dorian, Phrygian, Lydian, Mixolydian, Aeolian, Locrian. The seven ancient Greek scales... In Greece, in our traditional folk music, we use these scales but from different perspectives. So, the spot of the connection is the same "language" but with different uses in every different genre in Greek music world."

Michael Paouris: Bouzouki In The Birdland

Michael Paouris is a Greek virtuoso soloist of the bouzouki and guitar, composer, arranger and producer. He was born in Tavros, a suburb of Athens, Greece. He began learning the bouzouki when he was 8. He began playing professionally when he was 10. He participates in competitions of technique and interpretation and he wins the first place at Pan-Hellenic Awards. He has been teaching students, professionals etc. from all over Greece, aiming at the even approach of music and the correct bases on technique issues based on material that results from his personal research since 2005. Nowadays, he performs with the Michael Paouris’ band in music and concert halls all over the world. In November of 2011 he performed live in Greece with the worldwide known guitarist Al Di Meola, receiving great reviews by the media and the audience. A common performance with the two of them had already taken place in France in July of 2011. He is a part of the documentary “Greece, an economic Odyssey” for the CNBC Africa for which he was presented as the brilliant future of Greece. In December of 2012 he performs with Al Di Meola and Gonzalo Rubalcaba in Athens, Greece for the 3rd time. In September of 2013 he released his third album but the first with Guitar, “The Guitar Project: VIRTUOSO”. 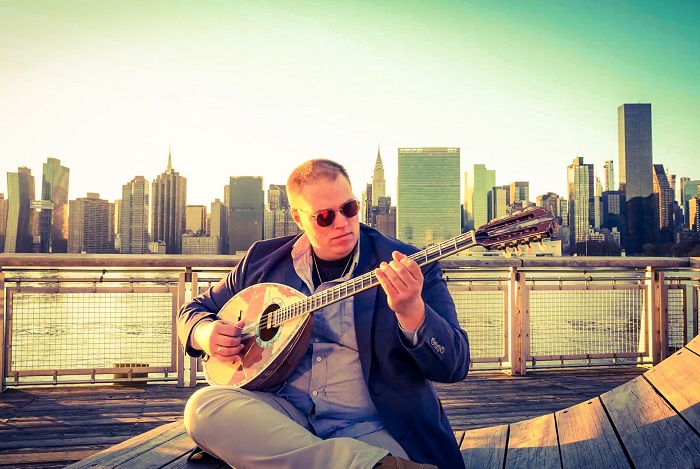 How has the Jazz music influenced your views of the world and the journeys you’ve taken?

Why do you think that Bouzouki continues to generate such a devoted following? What touched you from the sound of?

The sound of this instrument is so unique. Its history is also so huge... The attack and the sweet sound, at the same time, is giving us thousands of colors. In my last contemporary classical Concerto BIRDLAND which you can find on YouTube you will feel all these things... Many pictures and too many feelings. It's a unique musical environment. I am so proud of the steps of the Bouzouki these years. I am trying to exhibit this instrument internationally and there is a great acceptance. I have thousands of fans in the world who play Bouzouki and they saw it from me all these years in social media and they follow my achievements. I try to get in more Bouzouki players in Greece but it's difficult. They need to be open minded and there is the problem. Because if they want to succeed, they must go through knowledge and discipline. There is no other way. 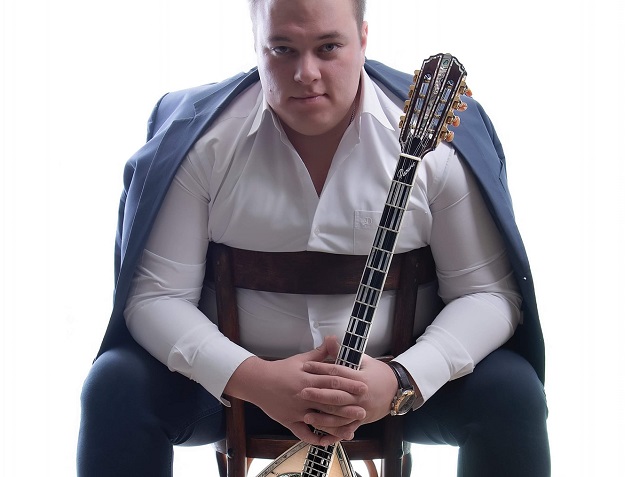 "My fears and my hopes are in fight right now. Basically, I have one fear and one hope. I see the bad side of the industry and the struggle of the culture. It's a natural circle which must be closed. As you know every circle in history closes in a bad way and after the sun is again on the sky without clouds... That’s my fear." (Michael Paouris / Photo by George Maistros)

When I was 5, I asked my parents to buy me a Bouzouki. They didn't believe me at first but 2 or 3 years after they bought it for me. I loved the sound of the Bouzouki...

I was listening the Greek songs with my parents and I felt the power of the melodies and the lyrics. It was such a strong moment. I loved the attack of the sound of this instrument because it's aggressive and sweet at the same time. So, when I was a kid, I didn't see the philosophy and the value of the music, but I saw the value of my skills. It was so easy for me to play everything I listened. I was fast... I mean really fast. I knew that my talent was greater than that of the other kids or pros because after 4-5 seconds they kept a distance and they stopped talking to me. That was the moment in which I understood that something is happening... But I didn't realize how big this is and I didn't know for sure if it's true or not. So, after a few years all people around me called me a "Phenomenon". The first who used this word for me was my teacher Manolis Michalakis. Back then I didn't also believe the word and the only thing I did was to practice. Again, and again... After all these years I realize that my philosophy about the music is that I love it a lot. When I play music, I always have a smile because that's my sweet toy. But it's my sweet and very serious one at the same time. It's not simple to describe it. Arts are the things of the God. Especially the music... So, I feel grateful and happy because He chose me for this but I need to be extremely serious and focused on it. I must compose every day as much as I can. I have to continue researching and generally "I must" again and again. My sound as a Soloist came from my research which is based on physics and not just in a simple grab of the pick. Every guitar player around has his own style, but my style is based on science. I created something that is not convenient. I created something to give us the perfect sound and control picking.

I have the technique "Ypsilon" - "Y" and I have talked about it since 2011 in my book "MY NOTES". I released this book in our first common concert with AL Di Meola in Greece. It's very interesting because it's so demanding and effective at the same time. But, if someone wants to do that, he needs discipline. He needs to be very strict with himself. I am talking about the ultimate alternate picking technique. I mean it. It's something unbelievable and I teach my students through this way. So, I want to teach this art through my responsibility which I received, I want to perform through the perfection of the art, I want to compose through the unstoppable God's inspiration. That's my Philosophy in a few words... 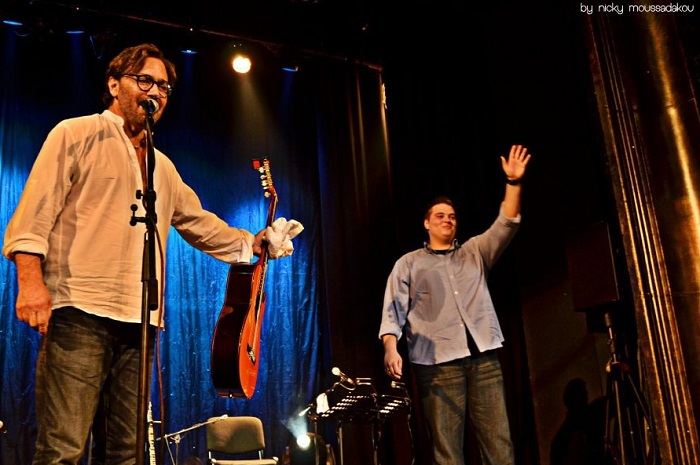 "I think that I would like to go back at Pythagoras’s days... To experience the first time, he thought the music as a gift of the Universe. As a gift of the God... I think that this moment was crucial for all of us." (Michael Paouris & Al DiMeola, Paris France 2011 / Photo by Nicky Moussadakou)

One of the most important moments of my life is back in 2011 when I met Al Di Meola. Al is one of the very first people who understood my brain and my virtuosity. He is a true Legend. I love him so much because he is there for me...

He never tried to stop me or manipulate my playing. We had a joke on stage: "Michael, don't play too fast!!!" and he meant the opposite thing...  His apothegm "Michael Paouris is the Fastest Bouzouki player on the planet earth!!" was said in our concert with Gonzalo Rubalcaba in Athens back in 2012. That's the moment in which my haters went crazy. You can't imagine... The best advice when I started to play Bouzouki came from my brother. He told me "Mike, do your job as best as you can and remember... Most people remember only the very first one who stepped on the moon..." After that my mind locked up only on the highest goals.

I will start with the last part of the question. My fears and my hopes are in fight right now. Basically, I have one fear and one hope. I see the bad side of the industry and the struggle of the culture. It's a natural circle which must be closed. As you know every circle in history closes in a bad way and after the sun is again on the sky without clouds... That’s my fear. I every day watch the art and its last breaths. I am so sad about it. But, I hope that something will save us at the end. Not now... We still need 100 years.

That's the reason I miss nothing in this period. I have many things that I miss every day. When you compose or discover amazing things every day, is too hard to be alone at the end of the day. You and your ears. You and your eyes. You know for sure that nobody understands you because his attention is somewhere else, in an empty thing with more "lights". As I say in my seminars and my students, we are in the middle of a "luminous obscurantism". I will give them a Concerto and they will take it as a song... 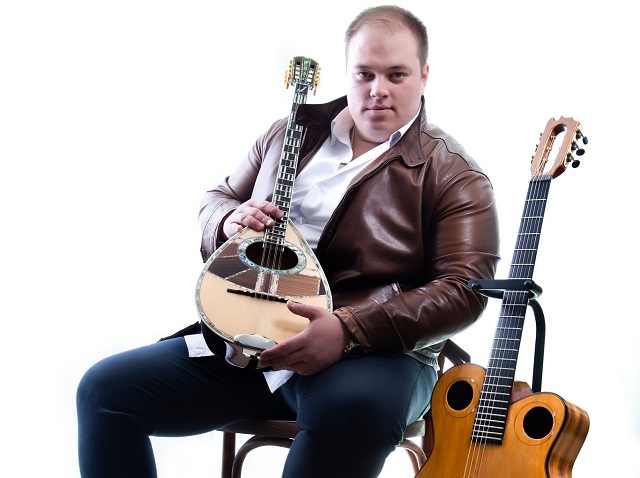 What are the lines that connect and what are the similarities between the legacy of Jazz and Greek music?

Oh! I love this question. Everyone in the whole planet knows that the structure of the jazz harmony is the philosophy and the use of the Modes Scales. Ionian, Dorian, Phrygian, Lydian, Mixolydian, Aeolian, Locrian. The seven ancient Greek scales... In Greece, in our traditional folk music, we use these scales but from different perspectives. So, the spot of the connection is the same "language" but with different uses in every different genre in Greek music world.

You know... If you try to follow my life you will realize that I had many bad moments because of my difference. Most people believe that my speed is just speed with many hours of practice but it's not so simple. I remember myself when I was 10 playing 16ths in 280bpm. Not just the Flight of the Bumblebee... But everything! I played really quickly whatever I listened as a kid. So that's not speed... That's a Charisma. That's a gift from the God. So, I see many jealous people with bad feelings until today but now I can manage it. You know everyone wants to be Paganini, but they never saw him... In my case this is something different. They see me and they can't believe and especially they can't manage their own feelings. I have many difficulties in my career because of the speed of my thinking and not just my speed on the fretboards. All of them try to diminish a virtuoso but without the Virtuoso you have nothing to prove about the high level of skills and brain. When you walk in the park you can sing a small melody that comes from your imagination, but you can’t play an instrument like a virtuoso. The Virtuoso has his own way and believe me that there is a lot of pain and discipline. Especially, if you do that first for the God, like I do. It's a huge responsibility... 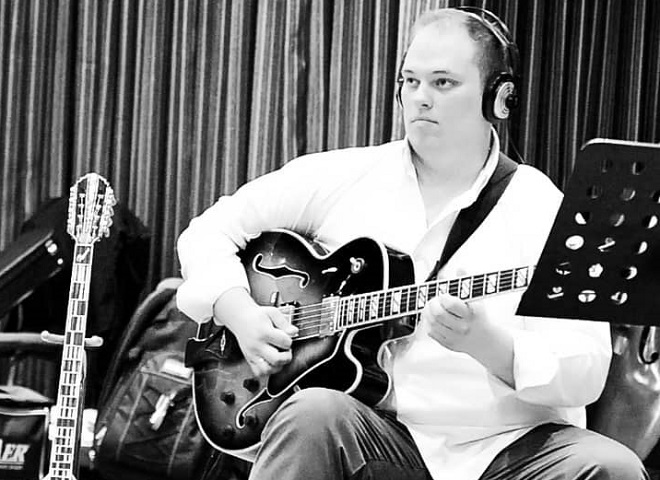