Follow your heart , take care of yourself, and be outrageous in your work and  ba normal human in your personal life.

Considered one of the top acoustic blues guitarists on the West Coast, Terry Robb is also an inventive and ever-evolving American primitive master. As an heir to the late, great John Fahey's musical legacy, Robb is an established icon in a pantheon that includes Robbie Basho, Leo Kottke, Peter Lang, John Renbourn, and Stefan Grossman. 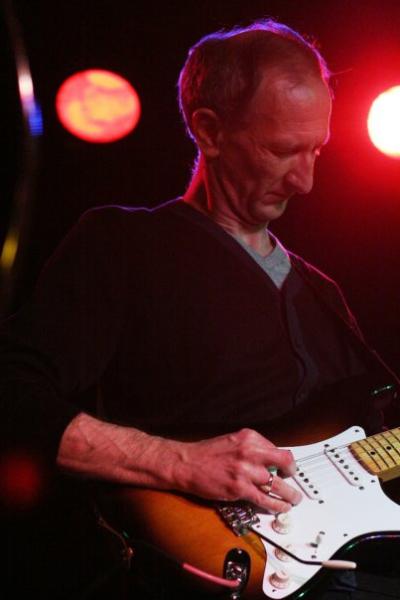 Because American primitivism, a transitional style that ranges between country blues and early 20th century string-band music, is often nuanced by dissonance and minor tunings, it is sometimes considered esoteric and obscure, appealing only to a musically intellectual elite. But Robb has distinguished himself by redefining this complex finger-picking style, using popular and traditional genres to open up and make this approach accessible to the general music-loving public.
Robb is that rare talent, a musician’s musician and an enormously popular performer. Onstage, his fleet fingers, wry humor, and intense focus mesmerize audiences. The passionate artistry of a Terry Robb event whether a solo acoustic performance or a high-energy show with his electric band often leaves new and longtime fans with mouths agape.
In his music-savvy hometown of Portland, Oregon, Robb is a celebrity in high demand as a performing and studio guitarist, and as a bandleader, composer, arranger, producer, and teacher. With years of real-world musical experience in his gig-bag, Robb brings this expertise to his most recent role as head of the Northwest’s new recording label, PsycheDelta Records.

Terry, when was your first desire to become involved in the music & who were your first idols?
Before I was 8 years old. I heard the Beatles, Ray Charles, and my Uncle who played guitar with lawrence welk. My Father and Grandfather were very good pianists. 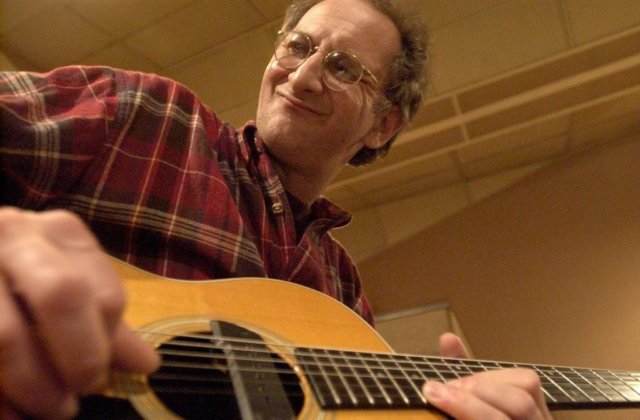 What made you fall in love with the blues music?
Ray Charles

Which was the best moment of your career and which was the worst?
Working  with John Fahey was a Highlite. Don’t really have a worst one

How/where do you get inspiration for your songs & who were your mentors in songwriting?
From all types of  music. Mose allison would be a good example for one aspect. Classical composers, Country, anything that I find interesting and tells a story.

Do you think that your music comes from the heart, the brain or the soul? What characterize the sound of  Terry Robb?
The Heart activates the Soul , the Brain transfers it to the audience 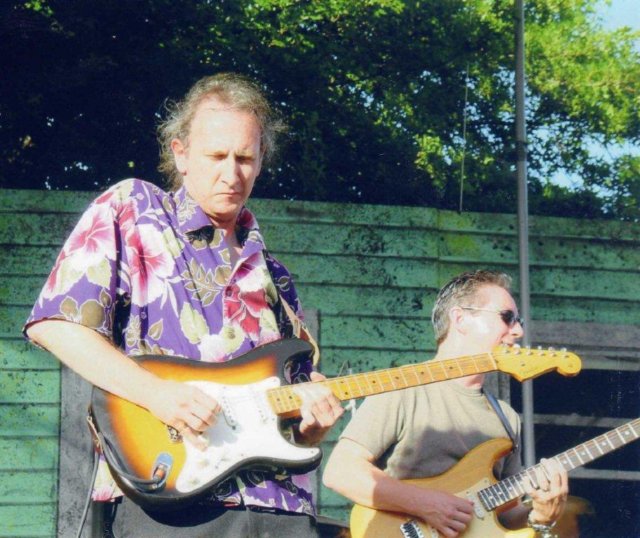 What does the BLUES mean to you & what does music offered you?
The Blues is a great expression of the Human experience. Because it is in all American Music it represents the American experience as well.

Do you remember anything funny or interesting from Ramblin’ Rex Jakabosky?
Rex taught me the ropes of being a professional Musician. We would have great conversations on road trips. During one his truck broke down and without stopping the conversation he grabbed a wrench and fixed the vehicle in no time and we continued our trip and talk with no mention of  the truck stopping or being repaired. Just part of life. 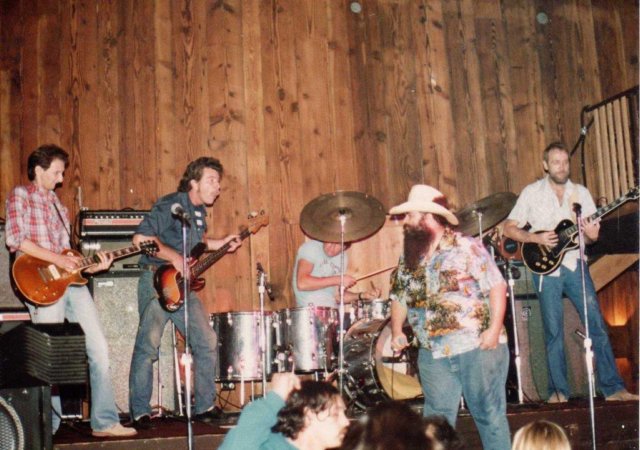 Are there any memories from Canned Heat, which you’d like to share with us?
Sure Canned Heat was my favorite band at the time and Henry Vestine and Aan Wlison were my favorite guitarists. They taught me a lot about Blues music. It was a great gathering of musical elements. Wilson playing electrified country Blues and slide, Henry's lead guitar. Larry Taylors Jazz/Rn’B Bass work, Fitos great shuffles and rock drumming, and Bob Hites showmanship. They did very interesting arrangemaents of Delta blues. Wilsons slide playing was an influence. Also his harp playing was very inivative.

Tell me a few things about your meet & work with Buddy Guy and Steve Miller?
Buddy really played from the gut. One night he would not be so together, the next the best you ever saw. Steve is a very nice guy.

Are there any memories from John Fahey, which you’d like to share with us?
John was great inspiration on many levels regarding music and life. He was also a very good friend to me. 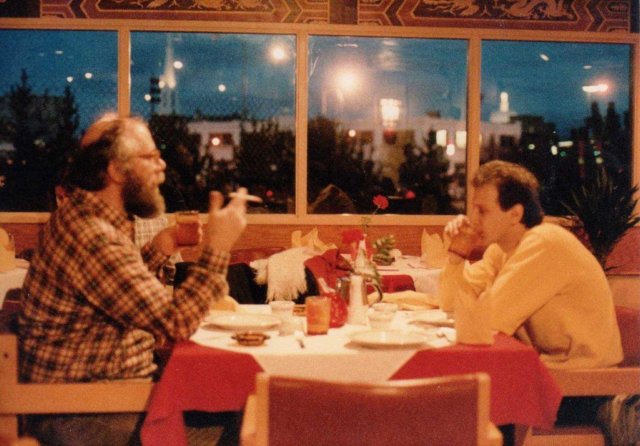 Which of historical blues personalities would you like to meet? From whom have you have learned the most secrets about blues music?
Charley Patton. There’s still some stuff I’d like to see him play.

What do you learn about yourself from music? What experiences in your life make you a GOOD musician?
Reactions, observations of experience translated into a story that hopefully others can identify with.

One of the reasons I was attracted to the Blues is because it is so honest and direct. It’s also the least neurotic music I’ve heard.

How do you describe PsycheDelta Records philosophy?
We like to be rooted in tradition with look to the future Do you have any amusing tales to tell from your work with Roland Janes – at Sam Phillips’ Recording Studio?
The nicest most humble man I’ve ever had the great fortune to work with. He had a dummy fade on his console that he would turn up when some producer insisted on too much reverb. It did nothing.

What advice would you give to aspiring musicians thinking of pursuing a career in the craft?
Follow your heart , take care of yourself, and be outrageous in your work and  ba normal human in your personal life.

Any comments about your “experiences” from Lemmy Kilmister’s open act (Motorhead)?
He didn’t say much but was a lot of fun.

What are the “secrets” of acoustic blues and what are of electric? What are the difference and similarity?
I approach them the same. 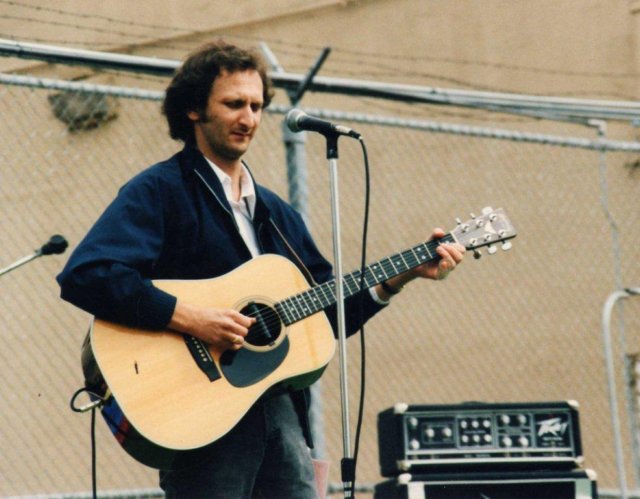 What are the things you’re most passionate about in life? What turns you on? Happiness is……
Telling musical stories and always challenging myself learning new things contently with music and having a happy homelife.

What would you ask Joe Callicott? What would you say to Leo Kottke? How you would spend a day with Rev Gary Davis?
Well I know Leo so I would just ask how he’s doing. Joe Callicott I’d want to know if I was playing  a chord he played right.  Gary Davis I’d watch his left hand. 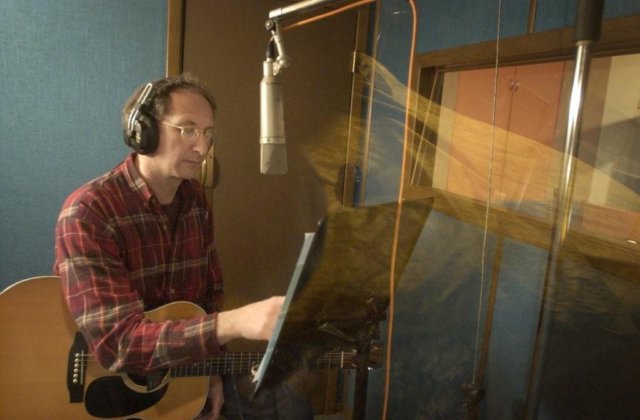