“Less is more” was the best advice given to me. Blues is a feeling, not a competition. I don’t want to hear every chop you know in 10 seconds.

Sweet Daddy Cool Breeze a Chicago-style boogie and blues band was formed by Wally "Sweet Daddy" Greaney in 1990. Through the years Sweet Daddy has developed a loyal European following in Germany, France, Spain, Switzerland, and Austria. Touring overseas for the past eightteen years. Back home, the band tours regularly up and down the East Coast and the Mid West. 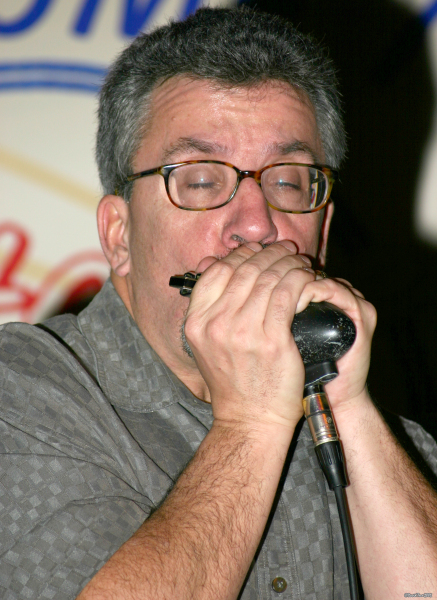 Sweet Daddy's smoking lead vocals, full-bodied harmonica, and soulful saxophone along with Mark Easton smoking Guitar add up to an unprecedented high energy Blues show that few bands can match. It's only a matter of time until people in cities and towns across America repeat the words spoken by the eighty-year-old trucker whose phrase gave rise to the bands name: Lawd have mercy, Sweet Daddy Cool Breeze is in town!

When was your first desire to become involved in the Blues music and what does offer?

I first became interested in the Blues in the late sixties. The British rock that was coming over was very blues based. I had picked up the harmonica and was then turned on to Paul Butterfield and James Cotton.

The Blues in my region was popular with the college kids so we would get to see these guys touring 3 to 4 times a year.

In the 70’s and early 80’s I brought the Blues in to the Rock & Roll I was doing with my local bands.  It was in 1986 that I joined the Kenny Johnson Band and committed myself and my music career to the Blues.  Kenny was the drummer for the James Cotton’s band for thirteen years before coming to Massachusetts. How do you describe "Sweet Daddy" sound and progress and what characterize your music philosophy?

The band sound is a little Chicago, West Coast, and Rock. We play with feeling for the music.

Myself, I’m always trying to get better.  I have to work at it and I feel I’m getting better after 40 years.

My music philosophy is that I’m just trying to make my own little nitch in the world.  There is so much great music out there by unknown artists. I love the Blues and I love entertaining.

I learned a lot about the Blues from Kenny Johnson.  When I was playing with him I kept my ears open. He was so musical and soulful. He could take a 3 cord blues and turn it in an arrangement that sounded like an orchestra. Breaks, dynamics sodalities the real feeling to the music.

“Less is more” was the best advice given to me. Blues is a feeling, not a competition. I don’t want to hear every chop you know in 10 seconds.

What is the “feeling” you miss most nowadays from the Blues of past?

I look forward not backwards. The Blues are in good hands moving forward.

Are there any memories from Matt “Guitar” Murphy, Jaimoe, Ken Johnson, and Kenny Neal which you’d like to share with us? 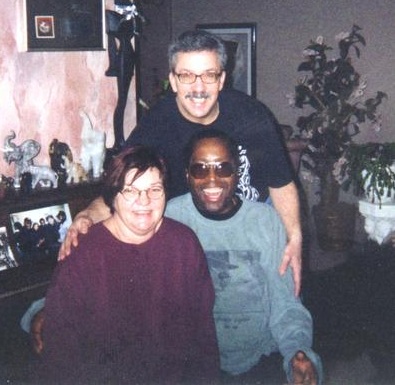 Matt Guitar Murphy is a legend in the Blues. When he called me to go to the studio and record with him it was unbelievable. I did a lot of shows with Matt and every one of them was a memory.

Jaimoe is a great guy and we have fun every time we play. I especially liked the first gig he did with me in my home town, Holyoke, Massachusetts. It was a real treat.

I cannot say enough about Kenny Johnson. Joining his band in 1986 change my life.

In 1990/1991 Kenny Johnson moved south and joined Kenny Neal’s band.  That’s when I took over our band and we became “Sweet Daddy Cool Breeze”.

I sat in with Kenny Neal’s band a few times when they came through Massachusetts.

Tell me about the road’s life from coast to coast and Europe. From the musical point of view what are the difference between the local scenes?

I’ve only toured the East coast, Mid Atlantic states and Europe - not the West coast.

It’s hard on the road here. You have so much good music and everyone is looking for gigs.

The thing for me about Europe is every show, no matter how many people there are, it’s a concert.  They are paying attention to the band.  It’s a great feeling when you’re doing what you spent your life doing and people show the love.

Are there any memories from John Kay & Steppenwolf’s Live at The Renaissance Center? 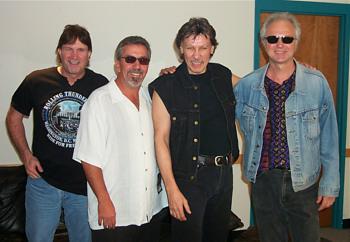 What a great experience. One memory was at the Bottom Line in New York City. This was my first gig with John. He sent me the tapes for the songs he wanted me to play. I took the time to listen and learn every song not just the one’s he asked for.  At sound check before the show, the guitar player was showing the bass man a part for a song and I jumped right in with the harp doing a part that was done by a mandolin on the tape.   John heard it and turn right around and smiled and said “That’s sounds great.  You can play on anything you want.” That was a great memory.  It was after that when he asks me to be part of his Friends band and DVD.

The Blues is a feeling and everyone feels the music whether they know it or not. The Blues is the foundation of Rock & Roll.  I wish it would be treated by the industry with the respect it deserves and then maybe it would help with the trickledown effect of more CD sales and better pay for the real working Blues musicians.

The Blues guys today listen and learn the real stuff but don’t live the hard lives that some or most of these guys did. So for myself, I don’t think that I’m a Bluesman but rather that I’m a Blues entertainer and I really love the Blues music.