"I think the blues was fused with various styles already taken in many places of the world characteristic of each place, thus creating unique styles, but the essence of its roots never lose and always will be a legacy."

Leo Barrasso born in the city of La Plata, Buenos Aires, Argentina, in 1979. He’s a blues rock guitarist, singer and songwriter. From very young age related with guitar since his mother was musician, at 9 years old begins to the study of Argentinian Folklore Rhythms and Music (Zamba, Chacarera, etc) and national rock songs. In 1993 shaped his first rock band with friends of barrio, playing in several parties and events, its role was more than singer of guitarist. And in 1997 started studying at the University of Fine Arts and then in 2000 is installed in the School of Art Berisso, where he studied classical guitar, electric guitar, composition, and history of music, being 8 years in the institution. Parallel in these years is part of various rock bands that much would have no break some other space to roll out, but always lay in the path. In 2008 tired of gone and returns with bands form his personal project called Tabbaco's Blues, a power trio influenced by Pappo's Blues, Jimi Hendrix, SRV, Buddy Guy and many others, where is the responsibility of the home and guitar voice, the band is presented and comes in many bars silver city and the province of Buenos Aires, a current leads recorded two albums, an EP & LP 7 themes and issues call for 11 "Club Cerrado".

When was your first desire to become involved with the music and especial with the blues & rock?

Well, my first approximation to the music went to the age of 7 years, my mother is a soloist of guitar and I inherit the music on the part of her, and to the blues rock at the 14 years after age, listening to Pappo's Blues, a group of blues rock Argentina led by the great Norberto Napolitano you ally Pappo.

I learned the blues and I learn a lot every day, as other styles, both characteristic of my land as. Take your electric blues playing, more modern blues, and improvisation in real time, that caught my attention, and always interested in studying it and run it, then I saw the blues world was very spacious and each more day, then I insert in this world of blues musically it means a lot to me.

How do you describe Leo Barrasso sound and songbook? What characterize your music philosophy?

My sound is a raw blues rock style, closer to the 70s sound, distorted guitar and a powerful blues fused with rock, and my songs are about social Thematic from lost loves to everyday life and my influences are Buddy Guy, Jimi Hendrix, Pappo's Blues, SRV and more ... those would be the four pillars that I have as a reference and try to follow as musical way and style. "I miss that pure blues, unique, well root, impossible to repeat, and fear that this essence which keeps alive the blues are over, I think you never lose, more and more people come to the blues worldwide."

Why did you think that the Blues & Rock n’ Roll culture continues to generate such a devoted following?

Well, I think it's the basis of everything, which were born several musical styles and always has something to give and explore, it is easy to assimilate to the public and that makes it even more popular, the musician would have fun doing this style beyond the personal taste and dedicated study.

Are there any memories from studio, gigs, jams, open acts and festival which you’d like to share with us?

Memories I have several, I remember years ago when I was studying in a school of music and would lock us to improvise with other musicians, we spent a whole afternoon playing and improvising ... a concert, are unique, each has his and least expected maybe they are the best, are always positive and take you to new unexpected directions.

I miss that pure blues, unique, well root, impossible to repeat, and fear that this essence which keeps alive the blues are over, I think you never lose, more and more people come to the blues worldwide. I think the blues was fused with various styles already taken in many places of the world characteristic of each place, thus creating unique styles, but the essence of its roots never lose and always will be a legacy. 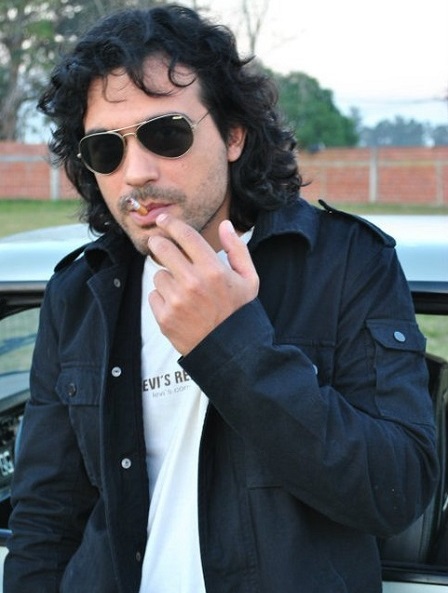 "My sound is a raw blues rock style, closer to the 70s sound"

Make an account of the case of rock n’ blues in Argentina. Which is the most interesting period in local scene?

In Argentina the rock and roll was born in the mid-50s, and the longest period was in the decade of the 70s scene that appears in a group called "Manal" were the first to play blues in Spanish, then they do well "Los Gatos" and "Pappo's Blues"... so blues and rocker moved born in Argentina until today thousands of groups that do and take as referring to these three and other groups of the local scene.

What are the lines that connect the legacy of Blues & Rock n’ Roll from United States and UK to Argentina?

In the local scene Pappo's Blues was the most concerning for many and travel a lot to Europe and the USA where he met and played in several places there, was our gateway to the world of blues and was invited by BB King performing with him in New York, he played with Deacon Jones and many renowned artists in the blues scene. Thanks to the many doors were opened for both renowned artists as well welcome when we are abroad.

I'm happy to play, to see my friends play, musicians are just beginning and put their maximum effort, I'm excited public recognition, the satisfaction that people take after a show. See the result of hours and hours of rehearsal, that's really rewarding.

I Would like to travel in 1969 (Sunday 17 to Monday 18 August) to witness the last day of Woodstock Festival where Jimi Hendrix played. 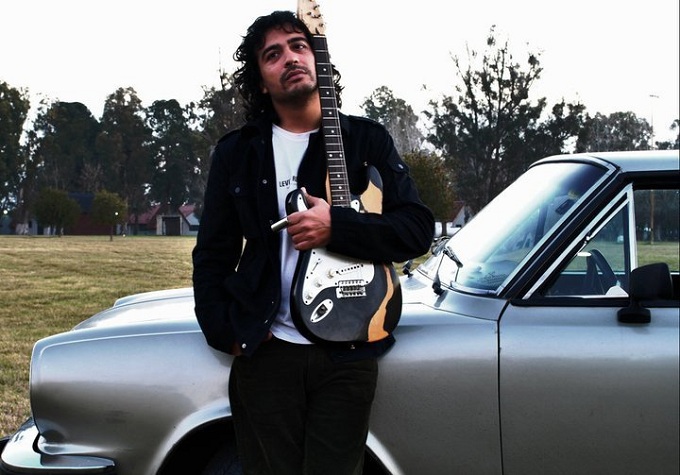