"The Second World War had only been over for 15 years, so during the Fifties in the UK we started to hear R&R which had a great influence on young people after the hard times the country had suffered, the music was a release a new horizon of hope for us."

Howard William "Howie" Casey (born 12 July 1937) is a British rhythm and blues and rock saxophonist. He first came to prominence in the early 1960s as a member of Derry and the Seniors, the first rock and roll band from Liverpool to play clubs in Germany, and later, as leader of the renamed Howie Casey and the Seniors, the first Liverpool group to record an LP. In the 1970s, he was featured on several albums by, and toured with, Paul McCartney and Wings, among others. He was born in Huyton, Liverpool, and starting playing saxophone in his teens. After a period working in engineering, he was called up for national service in 1955, played in a military band, and, after hearing early rock and roll records by Little Richard, Fats Domino and others, formed a rock group before leaving the Army in 1958. Back in Liverpool, he first joined the Rhythm Rockers, a group led by drummer Frank Wibberley, and then another group, the Hy-Tones. 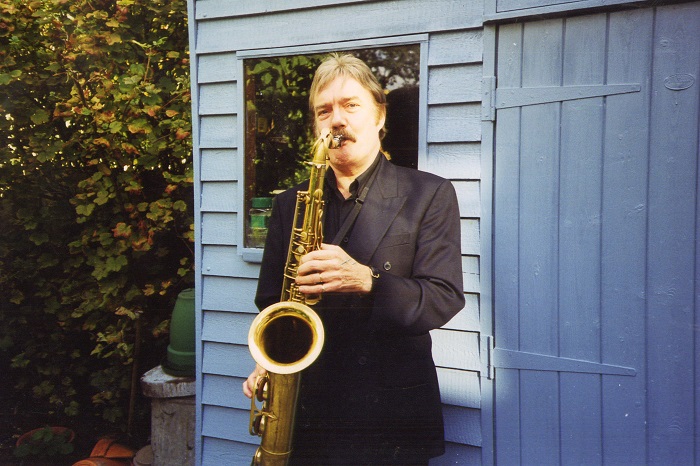 Casey appeared on Paice Ashton Lord's 1976 album, Malice in Wonderland. He also toured with The Who in 1979, and featured on two albums by The Who, Tommy and Quadrophenia. In 2014, Howie performed in New Zealand with a Wings and Beatles tribute show, featuring local singer and songwriter Tim Armstrong, and also recorded several songs with Armstrong. Howie has worked with: Paul McCartney (Wings); The Who; Paice Ashton Lord; ABC; Chuck Berry; Carl Perkins; Jimmy Ruffin; Cliff Richard; Roy Young Band; Marc Bolan; Wilson Picket; Ringo Starr; Howie has performed on albums such as ‘Band on the Run’, ‘Wings at the Speed of Sound’, ‘Back to the Egg’, ‘Wings over America’. He has also appeared on albums with ABC; Marc Bolan; Paice Ashton Lord; Elkie Brooks; Cliff Richard; The Who; Sandi Thom; Ashton, Gardner, Dyke; and many more. Howie and his wife Sheila have run their own bands for many years, touring all over the world.

When was your first desire to become involved in the blues & jazz music? Which is the most interesting period in your life?

I started out playing in 1953 because of the influence of such musicians as Stan Getz, Charlie Parker, Gerry Mulligan, Art Pepper, Wardell Gray, Dexter Gordon, etc., all Sax Players you'll notice. Then in the mid-fifties I started hearing people such as Lee Allen, Plas Johnson, Herb Hardesty, all playing in that wonderful New Orleans style and I thought yes this is for me. But in 1955 I had to go into the army for three years, I managed to get into the Military band, which helped with reading music and some theory. Some of the guys were like me and wanted to play Jazz R&B and Rock & Roll so we formed small groups and practiced together. When I left the army in 1958 I got gigs around Liverpool playing with bands such as The Rhythm Rockers, The Hi Tones, before forming Derry and the Seniors, which later became Howie Casey and the Seniors, in this band we played a mixture of R&B and R&R. We also recorded for the Fontana label, the first Liverpool band to sign for a major recording company…

Besides touring England we were the first Liverpool group to play in Hamburg in 1960, there were many wild nights and days sometimes, lots of booze and girls, not a lot of money but let’s face it we were young and this was the life for us. Not long after we had been playing in The Kaizer Keller another group from Liverpool came over to play in a smaller club called The Indra, They were called The Beatles we knew them from the Liverpool scene and so when they had finished their nights playing they would come to our club to have a few drinks and get up and Jam with us. Both groups were into the same styles of music we had some great sessions together. When we got back to England we continued to do gigs around Liverpool and because of our recordings we were able to play all over the UK. At that time in Liverpool there were lots of groups emerging mostly they were under the influence of American music styles, I think this goes for most of Britain. After The Seniors I went back to Germany to play at The Star Club, with Kingsize Taylor and the Dominoes we were the house band and got to see lots of top American artists and backed Chuck Berry on his first European tour. 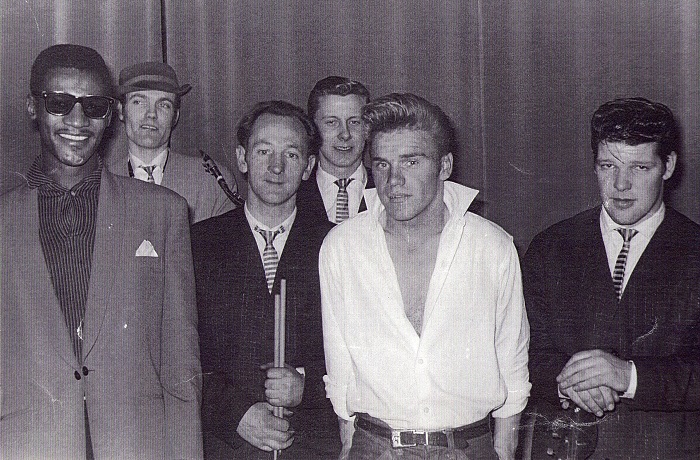 "Music of the past still has its place today, I can, with new technology listen to it, and play it whenever I want, and I have no fears for music of the future it will always develop in some way or other." (Photo: Howie Casey and The Seniors)

How do you describe Howie Casey sound and career? What characterize your music philosophy?

You asked what is my musical philosophy, if I have one it would be to play as best you can at all times and enjoy yourself musically, I've been so lucky doing the thing I love most and making a living out of it.

What were the reasons that made the UK in 60s to be the center of Rock/R&B researches and experiments?

I would say American musical influences was what made the UK a center for R&R and R&B, we listened to the records from there, which fired us up to try and emulate them. Also visiting bands and artistes from there showed us how it could be done, and we put our own style on it. The Second World War had only been over for 15 years, so during the Fifties in the UK we started to hear R&R which had a great influence on young people after the hard times the country had suffered, the music was a release a new horizon of hope for us. Clubs were opening in Liverpool playing R&R, Jazz, Blues, etc., this was an exciting time.

Are there any memories from Paul McCartney; Marc Bolan; and Wilson Picket; which you’d like to share with us?

Memories of Paul, well he stood out as a vocalist/ musician from the early days, and getting to play with him in Wings was a high spot in my career, Marc Bolan was real fun to work with and he seemed to be a shrewd operator. Wilson Picket was one of the great vocalists he was the first singer I heard able to sing two notes at the same time. 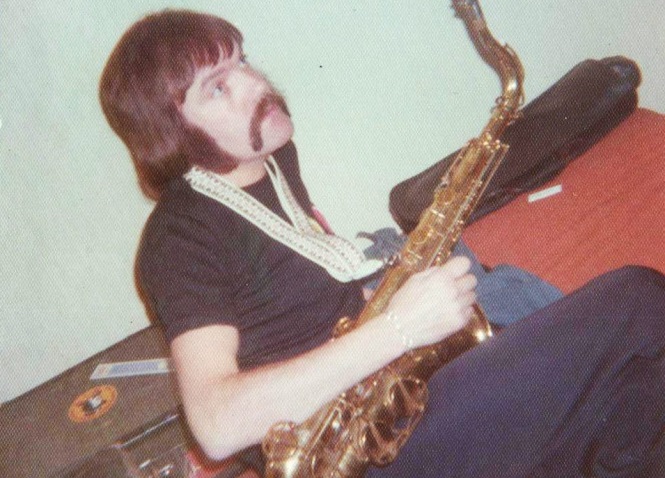 "If I could change one thing in the musical world I think it would be honesty and fairness for artistes from the fat cats of the business we work in."

Music of the past still has its place today, I can, with new technology listen to it, and play it whenever I want, and I have no fears for music of the future it will always develop in some way or other.

If I could change one thing in the musical world I think it would be honesty and fairness for artistes from the fat cats of the business we work in.

What has made you laugh and what touched (emotionally) you nowadays from early 60s Hamburg “era”?

What makes me laugh from the old Hamburg days? Well I guess it was the fun and foolishness, great music, and our total naivety, but hey we didn't give a toss.

I think it would have to be watch and listen to Charlie Parker when he was at the height of his powers, that would be something else.