"Rock n' Roll will always be there. It’s a way of venting angst and is a release to some extent. It comes in waves in popular culture but I don't think it will ever go away. It’s a reaction to conformity and is a form of rebellion."

Originally from Toronto, Ontario, Paul Pigat relocated to the West Coast in the early 90’s and has earned a reputation as one of the best guitarists around. Paul took up guitar at the age of eleven, attended the Claude Watson School of the Arts, and graduated from the University of Toronto with a bachelor's degree in music theory and composition. Although extremely versatile, from Delta Blues to classical music, Paul’s “Cousin Harley” style is deeply rooted in the playing of Les Paul, Charlie Christian and Link Wray with a modern hotrod twist. He has shared the stage with greats such as Taj Mahal, Michael Kaeshammer, Mae Moore, Lee Aaron and the Blind Boys of Alabama as well as recorded with Carolyn Mark and Neko Case to name a few. Inexhaustible energy is what Pigat is known for. He’s the high octane that fuels the trio.                          Photo by Brice Ferré Cousin Harley is the rocking hillbilly persona of Paul Pigat. This band has a hard-earned reputation for delivering everything from hot-rod rockabilly to foot stomping vintage country and western swing. Paul is joined by Keith Picot on upright bass and Jesse Cahill on drums to create an unstoppable rock 'n roll wrecking crew. From classic honky tonk and cow punk rippers, to a helping of western swing and classic jump blues, Cousin Harley plays in the old tradition — slugging it out hot and heavy in roadhouses across the land and across the seas. Cousin Harley's first all-instrumental recording “B'Hiki Bop” (2013) bring classic western swing, hotrod country, surf, psychobilly, lounge, and west coast jump blues all together. The older releases were: “It’s a Sin” (2010), “Hillbilly Madness” (2006) and “Jukin’” (2002).

Blues to me is a pretty wide genre. I think most music since the 1920s is somehow influenced by Blues or Jazz to some degree. Hank Williams was as much a Blues musician as Muddy Waters or Keith Richards in my book. It’s all about a feeling and a "feel" for that matter. I guess when I started out, it was a way to achieve my first musical expressions and start learning about music (and I’m still learning!!) I think it was BB King who said that Blues was the easiest thing to learn but the hardest to perfect. It’s because there is an unobtainable aspect to it. It’s not meant to be intellectual although it can be. I guess in the end, it’s taught me how to be humble. I've spent years working on my craft and trying to increase my skill level on the guitar and even with all that work, I can hear someone play a single note or sing one phrase and realize I still have a lot of learning to do!

How do you describe Paul Pigat sound and songbook? What characterize your music philosophy?

My Songbook is all over the map because I like a lot of different stuff. I started off as a Rock player, who dug the Blues, then I became a Classical Musician and got a degree in composition, then I made my living as a Country and Blues guitar player and now I'm primarily Swing/Jazz and Rockabilly musician. In the end all these types of music are still in my songbook. I'm no purest and I've never been interested in sticking to just one style. Each style you learn influences your playing, enhances it to some degree and hopefully makes it unique. 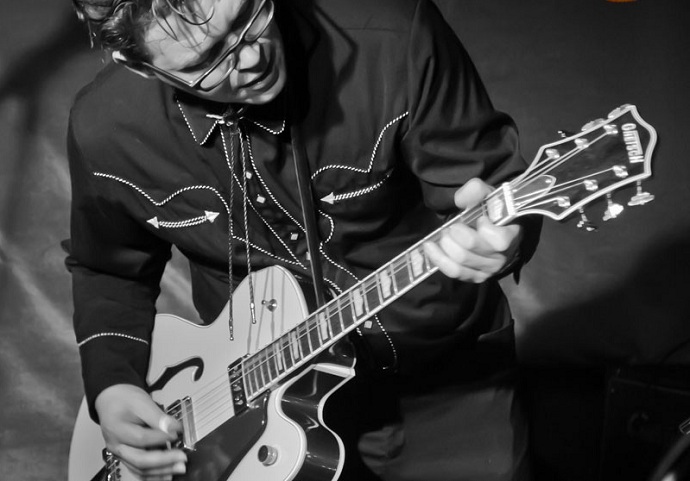 "Blues to me is a pretty wide genre. I think most music since the 1920s is somehow influenced by Blues or Jazz to some degree. Hank Williams was as much a Blues musician as Muddy Waters or Keith Richards in my book. It’s all about a feeling and a 'feel' for that matter."

I think "the best is yet to come" attitude is my perspective. I'm always looking for new things to do that excite me and striving to progress. Whenever I find something new in my music I get interested. Musical plateaus are unavoidable and those can be frustrating but persistence pays off.  As for the best and worst moments, I've had a lot of both. Worst is when you aren't playing regularly or moving forward. Best is when it all comes together and you surprise yourself on stage with something cool and all the hard work pays off.

Why did you think that the Rock n’ Roll music continues to generate such a devoted following?

Rock n Roll will always be there. It’s a way of venting angst and is a release to some extent. It comes in waves in popular culture but I don't think it will ever go away. It’s a reaction to conformity and is a form of rebellion. That’s what appeals to me. That and the driving beat!!!

I've been lucky to have some great musical experiences and have learned a lot from people I’ve shared the stage with. I always try play with people who challenge me. It pushes me to rise to the occasion. Best piece of advice was from one of my high school music teachers. He said, "Paul, you will never be the best, but you can keep trying" or something to that extent. It took me a few years to figure out what he meant. At first, I was devastated but I came to realize that it’s not about being the best, but the constant pursuit of music and constantly trying to get better.

Are there any memories from recording time, gigs and jams which you’d like to share with us? 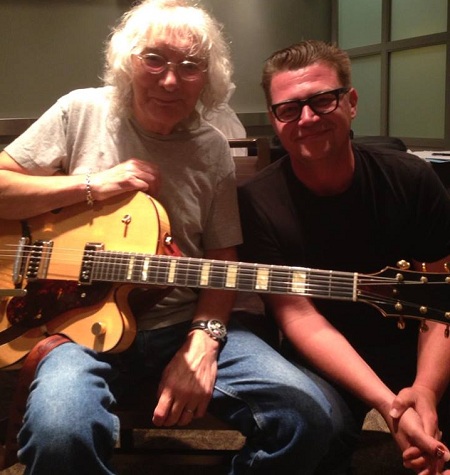 A couple of years ago I was asked to perform at the Sleepwalk Guitar Festival in Toronto. Two of my favorite guitarists of all times were on the bill. Albert Lee and James Burton. When I arrived, the organizer asked me if I could sing a song for James Burtons set. They chose Suzie Q. Albert Lee was playing 2nd guitar. That was a pretty amazing experience!

That’s a tough question because there is so much music out there, good and bad in my opinion. What I miss in a lot of popular music today is variation I guess. Top 40 radios and dance music is becoming formulaic. Similar beats, lack of harmony and melodic ideas that really aren't more than a bar or 2 long and very little variation in lyrical content. I like harmony and interesting melodic ideas. That being said, music has a tendency to rebel against the mainstream so I’m hoping that whatever comes next has some of these qualities.

I'd like to see more people go out and support live music. I grew up playing professionally way before the internet. People just went out to see bands more then. You can watch a band on YouTube but it’s just not the same as seeing them live. Not to mention that it’s how 90% of professional musicians make a living. 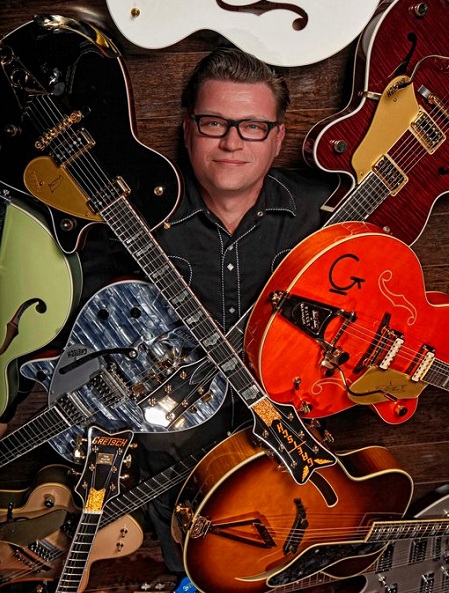 It’s all about the back beat!!

"I started off as a Rock player, who dug the Blues, then I became a Classical Musician and got a degree in composition, then I made my living as a Country and Blues guitar player and now I'm primarily Swing/Jazz and Rockabilly musician."

Vancouver’s music scene is changing. Where there used to be a lot of gigs around town, now there are fewer and fewer. That hasn't stopped young musicians though. People are finding new ways of putting on shows from backyard parties, house concerts to street performances. It’s refreshing. There have always been buskers but its being taken up a notch. I saw a young blues musician just the other day playing on the street. He had one of those amps that had looping backing tracks and he was playing some seriously soulful slowhand blues. He was great and working on his craft. I stopped, listened for a while, and dropped some money in his case

Paris in the late 30s to hear Django Reinhardt play. I don't know what I would do for a whole day, but just to see one gig of Django’s would be worth it.