"Truth and honesty in the blues doesn’t come from being too “thinky” about your playing. You have to feel it to deliver and honest performance."

Brothers Keeper is a trio that honestly displays heart and soul and rock n' roll. The core band consists of Scott Rednor on guitar, Michael Jude on bass, and John Michel on drums. All three, hailing from an attitude ridden east coast background, have transplanted to the Vail and Roaring Fork Valleys in Colorado for both the mountains and the music. For the past 15 years, Michael and John have steadily played with the John Oates Band and many other world renown musicians, while Scott has been involved in recording and touring projects on a national level for more than 20 years. Scott now owns Shakedown Bar in Vail where he serves as Music Director bringing in national talent for locals and tourists from around the world. It is there that the trio has made their home amongst an amazing cast of rotating musicians as well as several “Brothers Keeper Featuring Series” shows. The first of the series featured John Popper of Blues Traveler, and Jono Manson. Rednor had met Popper on the HORDE festivals in the mid 90’s and they had done quite a bit of touring together. Jono Manson is from New York City and helped pioneer the Nightingales/Wetlands uprising that had spawned Phish, Blues Traveler, Spin Doctors, and many more successful bands. Rednor had opened up for High Plains Drifter, which was a super group of sorts, fronted by Manson, featuring members of a few of these bands. It was the recollection of that raucous rock and roll that inspired this initial collaboration with Brothers Keeper. After that first show in which Popper and Manson joined Brothers Keeper, Popper brought into play the idea of doing a project together, which led the band to write and record the album that released on 8150 Records, entitled “Todd Meadows” (2014). This debut from the band is an Americana/Rock n Roll album, featuring 5 lead singers, bringing together their wealth of experience, and a wide range of musical styles. The LP was written by the band in Santa Fe and recorded at Ardent Studios in Memphis, TN. Other guests on the album include Jason Crosby, Glenn McClelland, DJ Logic, Joel Guzman, and Rob Eaton Jr. This is a Rock n roll outfit like you haven’t seen in a long, long time!

Scott: I learned that you have to let yourself go to play it. Truth and honesty in the blues doesn’t come from being too “thinky” about your playing. You have to feel it to deliver and honest performance. Blues music is the core of all rock and roll that has defined many decades of popular music. It is the soul in the music.

Michael: I believe the blues is one of the simplest yet most expressive genres in modern music. The blues allows me to express sadness or anger but in the context of musical celebration. Then it became a release.

John: I've learned that you really have to suffer to sing the blues! It takes a great deal of discipline and heart to play it correctly.

How do you describe Brothers Keeper sound and what characterize band’s music philosophy? 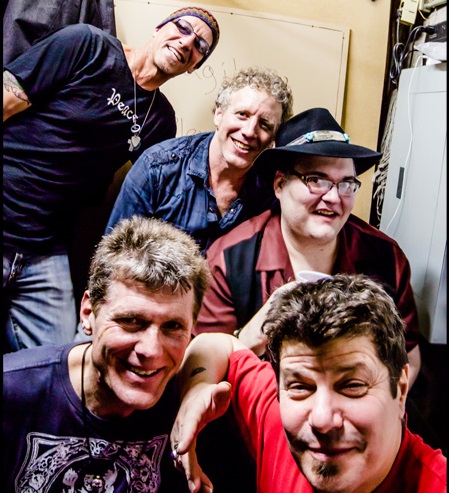 Scott: We are a rock and roll band, and with each member being a lead singer, a lot of opportunity comes up to be vocally creative. We are also all individual writers, and collaboration can be a wonderful thing when it works well.

"Blues music is the core of all of the popular music as we know it, for the most part. Soul music & southern rock are derivatives of the blues. Americana is road between southern rock & folk."

What is the story behind band’s name “Brothers Keeper”?

Michael: Brothers Keeper came about because of a genuine feeling of love and respect for one another, not always the case in Rock and Roll!

Scott: In my early 20’s, the Blues Traveler family ran on honest, kick ass Rock n Roll power. Those boys taught some good lessons early on. Don’t do it for the money. Just get in the van and go, go make your music!

John: Meeting and performing with Steve Miller was one the more profound experiences for me. He really went above and beyond to make us all feel comfortable on stage which in turn all made us play to the best and above our abilities. Some of the best advice I received was from my old drum teacher Al Pollich. He always said not to worry about playing wrong notes, but to always play with heart and passion.

Scott: Last year I got to share a stage with Warren Haynes, Billy F Gibbons, Wil Lee, Anton Fig, John Popper, and many other greats and as Billy was passing solos around on Sweet Home Chicago, he told me to go around twice! That’s a great memory! I’m very grateful for many, many great memories, but that one is hard to top!

Michael: Well everybody has a train wreck story but they seldom get told out in the open!! Here goes….I was playing on Long Island NY a regular Friday night gig. Our special guest was Warren Haynes as he had played on our recent recording. I was a bit nervous for obvious reasons. He called Spanish Moon by Little Feat which has an opening riff I’d heard a million times but never played. The first time it came around I missed it and got even more nervous. I mean nobody wants “that look” from anybody especially Warren!!! I missed it the second as well! And then came the look! All I could do was say a prayer to the gods of Rock and Roll to get me through this and… I nailed it on the third pass!! That was 20 years ago but I can still wake up in a cold sweat from that dream.

John: One of my best live playing experiences was playing with Les Paul, Slash and Al Di Meola for his 80th birthday show in NYC. Was quite a mismatch, but fun nonetheless. "The thing I miss most from the music of the past is the soul and realness and small imperfections that added to the human feel." (Photo: Brothers Keeper & John Popper)

Scott: Liberties to write music that can go anywhere and still have a chance of surfacing to the public. I love the sound of tape…ahhhh. It is a shame that most people never sit back and listen to an album as it’s designed to be heard. There is so much more to hear in the recordings when you listen on the proper system. I think we are already turning around the corner on our way back to good music.

Michael: I think everything is easier when you’re young I try not to dwell too much on the past and to keep my vision strongly focused on the future.

John: The thing I miss most from the music of the past is the soul and realness and small imperfections that added to the human feel.

What are the lines that connect the legacy of Blues with Soul and continue to Americana and Southern Rock?

Scott: Blues music is the core of all of the popular music as we know it, for the most part. Soul music and southern rock are derivatives of the blues. Americana is road between southern rock and folk.

Michael: I get to play with one of the true icons of Rock and Roll from time to time, Mr. John Oates. His gig allows me to play everything from Doc Watson to well…. Hall and Oates, and it’s awesome.

Michael: I would love to see more fair trade, people getting the recognition and compensation for what they are worth. Starting with our musical forefathers.

John: The one thing I would change in the musical world would be the state of the music business itself.  I would try to get more monetary compensation for writing and performance fees. 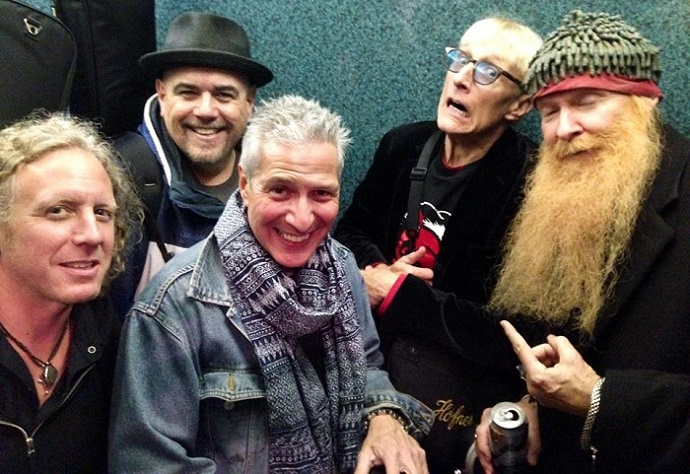 "Brothers Keeper came about because of a genuine feeling of love and respect for one another, not always the case in Rock and Roll!" (Photo: Brothers Keeper & Billy Gibbons)

Make an account of the case of blues rock scene in Aspen and Vail at Mountains of Colorado area.

John: We have a very vibrant blues and rock scene at our house band gig at Shakedown in Vail Colorado with a lot of very enthusiastic and passionate music fans.

Scott: Stevie Wonder gives me the chills. There is no one with a soul like his. He makes such beautiful groovy music. I saw his show at MSG in New York.

Michael: Every time I step on the bus or the stage with my Brothers it’s a nonstop hoot!!!

John: I would have to say my daughter and band mates make me laugh pretty much on a daily basis.

Scott: Two places please… Festival express or to be at Pompeii for Pink Floyd in 1972

Michael: This is a stuff one. I guess ID like to be a fly on the wall when Jimi was writing ‘Bold as Love” or Joni was writing ‘Blue” that would be a true “trip”!!

John: If I had time machine I would want to go back to the days of the Wrecking crew sessions in the sixties and seventies. They played on the some of the most influential music of our time. 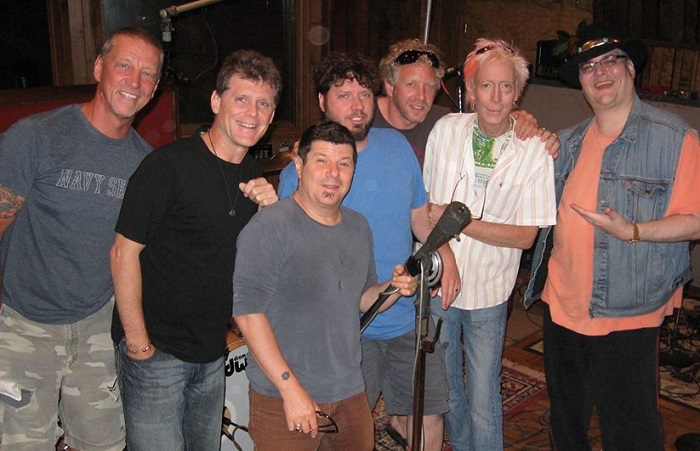