"Blues has been a guiding force in my life and without it I don’t know what would have happened to me."

Lowell Levinger: Down To The Roots

Celebrating the 55th anniversary of the founding of The Youngbloods, at age 75, Lowell Levinger (aka Banana from the Youngbloods) is still rocking, playing and singing better than ever. Penning his own originals, Banana incorporates Youngbloods favorites as well as gems from his extensive musical roots into his performances with a gutsy, engaging style. Banana is also a well known vintage instrument collector and multi-instrumentalist. He delivers his repertoire while picking the heck out of his unique five-string tenor guitar, breaking out a banjo for occasional accompaniment or tickling the ivories for just the right mood. Banana sings Americana songs from bluegrass to country blues to old R&B classics that swing while they tell stories. He plays an Italian 5 string tenor guitar tuned in fifths with a unique style and sound. Banana began his professional career on the east coast in Boston with "Banana and the Bunch, Old Time Music with Appeal". After several years in the east coast folk scene, he formed The Youngbloods with Joe Bauer, Jesse Colin Young, and Jerry Corbitt. The band moved from New York City to West Marin in the San Francisco Bay Area in 1967. 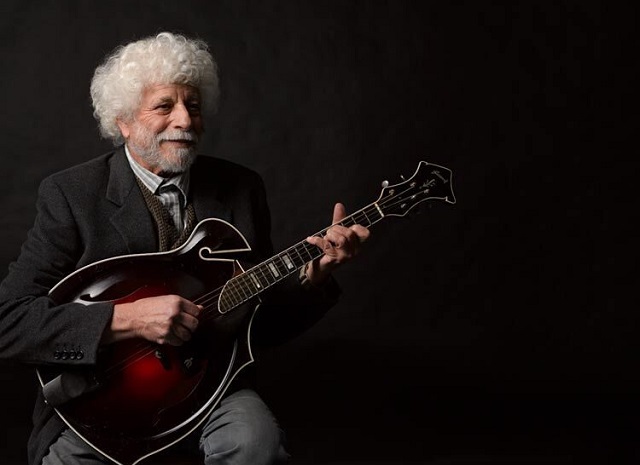 Along with co-producing The Youngbloods records with Joe Bauer and many others on his own, he produced the first two High Country albums for Butch Waller which were released by Warner Bros. Records in the early 1970's. This introduced California bluegrass to a worldwide audience. He was accompanist to Mimi Farina for over twenty years, played keyboards and sang lead with Zero for over 10 years, played with Norton Buffalo, Steve Kimock and Friends, The Michael Barclay Blues Band, Dan Hicks and his Hot Licks, and old time psychedelic rock with The Barry "The Fish" Melton band. He has done duo gigs with David Nelson, Keith Little, David Thom, Paul Knight, and many others. And he plays the beloved bluegrass music with friends and neighbors including The Papermill Creek Rounders, David, Tracy and Sam Grisman, Peter Rowan and the legendary Artie Rose and associates. As a solo act, he plays five string tenor guitar and presents a vast repertoire of great songs old and new. Banana maintains an active musical schedule through live gigs, recording, workshops and various appearances.

How has the Roots and Folk Counterculture influenced your views of the world and the journeys you’ve taken?

It has been my main motivation.

Talking and describing music is like dancing about architecture. I play what sounds good to me. Who knows where my creative drive comes from? I am just thankful that I have it.

When was your first desire to become involved in the folk/ bohemian scene in East Coast?

When I was a senior in High School, my American History teacher was fresh out of Harvard. He was also into folk music as I was (as well as blues, R&B, and early rock and roll) he sent home to Cambridge and had his parents send him a couple of records for me to hear. Lester Flatt and Earl Scruggs and The Foggy Mountain Boys. It changed my life. He also suggested that I go to Boston University. They had a great theatre department and I wanted to be an actor. The folk scene was exploding in Boston/ Cambridge at that time and after a year and a half of college I dropped out because Banana and The Bunch had too many gigs. 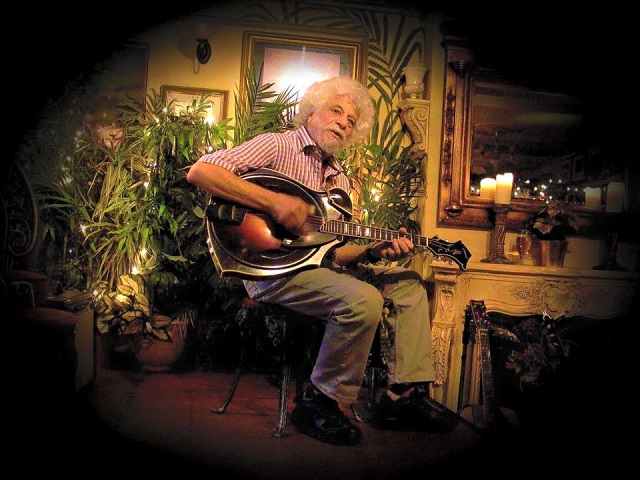 "In 1962 when I went to Boston and got into playing professionally, we realized the the instruments being made then weren’t nearly as good as used instruments made 20 or thirty years previously. We started going to old music stores and antique stores all over the North Shore and the Cape looking for old instruments. So did a bunch of other folks who had realized the same thing."

This would take 10 books. The meeting part. So many friends and other musicians have inspired me. I don’t want to name every rock ‘n’ roll bluegrass and jazz musician that has ever inspired me but all the good ones have. Excellent advice is: when it is time for you to play your solo, you play with the singer sings. In other words, respect the melody. Do your practicing at home, not on stage.

Are there any memories from gigs, jams, and studio sessions with The Youngbloods which you’d like to share with us?

You are asking me to write a book here and maybe someday I will.

I don’t dwell on the past. I try to concentrate on the present. Go to my website or go to SoundCloud or go to YouTube and listen to my stuff. My hopes for the future is that someday we will be able to play gigs again.

Why do you think that the vintage instruments continue to generate such a devoted following?

What were the reasons that made the 1960s to be the center of spiritual, political, artistic researches and experiments? 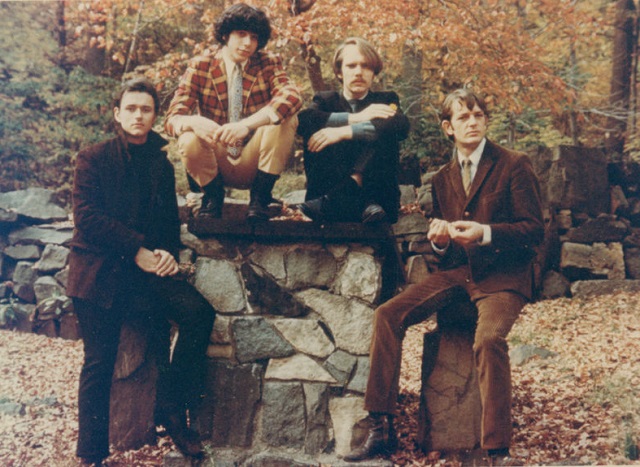 "Talking and describing music is like dancing about architecture. I play what sounds good to me. Who knows where my creative drive comes from? I am just thankful that I have it." (Photo: The Youngbloods)

What does “Psychedelic Folk” mean to you and what does the Blues offered you?

Genres and labels are created for the sake of filing and selling music. But they have little to do with the actual wide range of music that is associated with them. I heartily recommend that anyone who is interested in this sort of thing read the book “Escape From The Delta” by Elijah Wald. I guess Psychedelic Folk to me means The Holy Modal Rounders. Blues has been a guiding force in my life and without it I don’t know what would have happened to me. So many songs (categorized as blues) have been influential both musically and lyrically to me that I feel they are the guideposts of my journey.

When did your love for collecting and playing vintage instruments come about?

In 1962 when I went to Boston and got into playing professionally, we realized the the instruments being made then weren’t nearly as good as used instruments made 20 or thirty years previously. We started going to old music stores and antique stores all over the North Shore and the Cape looking for old instruments. So did a bunch of other folks who had realized the same thing.

The best moment of my career is every time I get up to play another set. I try like crazy to make each one the best ever. But there have been a lot of great gigs. The You Tube video of us on The Dick Clark Show was a great moment for me. Also playing as a backup band for Chuck Berry twice. The Sky River Rock Festival with 20,000 people covered in mud having the greatest time of their lives.

And, of course, there have been countless disasters and road managers getting thrown in jail and equipment getting sent to the wrong destination and a truck full of equipment getting stolen in New York City. But I guess when Banana and The Bunch loaded up the big truck full of equipment and headed off in a huge rain storm into the Santa Cruz mountains to play a country bar and arrived to find another band already set up and the owner had double booked the gig but forgotten about us... That sucked. 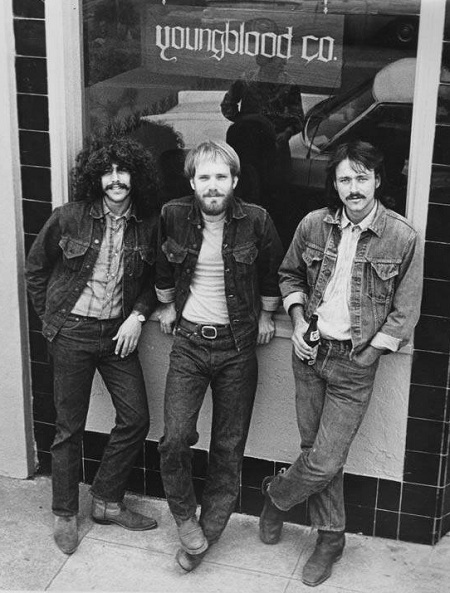 Tell me about the beginning of The Youngbloods. How did choose the name and where did it start?

We had an apartment in Cambridge that was a main hang out and stay over and gathering place for the music scene.  Jerry Corbitt used to come by a lot. Jesse used to come through Cambridge every so often to play solo at the coffee houses.  Jerry and Jesse got to be friends and decided to form a folk rock group and they got the drummer who was living downstairs from us in Cambridge, Joe Bauer and a guitar player named Jim Mairs to be the bass player. They went and played a two week gig in Torronto. Then they had a two week gig at Gerde’s Folk City in New York and at 2:00 AM one night Jerry woke me up and said I had to move to New York and join them playing electric piano. ”I don’t own one”, says I. “That’s OK”, he said, “Briggs from Barry and The Remains is selling his”. Well The Trols, my band in Cambridge wasn’t going anywhere and I decided it was time for a change so I went for it.  They were calling the band Jesse Colin Young and The Jerry Corbitt Three but with me added that didn’t fly.  We eventually all settled on “The Youngbloods”.

Why did you think that psychedelic – acid folk continued to generate such a devoted following?

The most devoted followings it seems to me are based on celebrity rather than musical accomplishment. Doing outrageous things will generate far more interest than just playing good music. Folk, blues, jazz, rock, classical, have all generated a devoted following.

From whom have you have learned the most secrets about the music and “Psychedelic” way of life?

What is the Psychedelic way of life, I might ask?  Maybe I don’t know what psychedelic means but I thought it was the state that one gets into when one takes LSD. That isn’t a way of life. At least not for most people I guess.

NOW BECAUSE I’M ALIVE. I practice every day. I’m getting better and better at playing music and singing.

Be nice. Practice. And most importantly of all ...LISTEN. 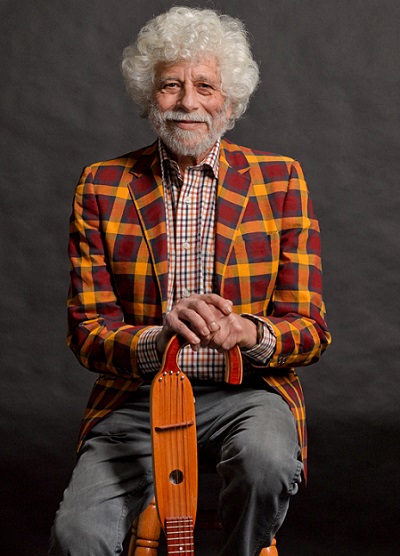 "Blues has been a guiding force in my life and without it I don’t know what would have happened to me.  So many songs (categorized as blues) have been influential both musically and lyrically to me that I feel they are the guideposts of my journey."

I hope that my music can make people happy and I hope that it can make them love each other.

I am quite happy where I am and have no wish to go back in time.