"I think that Blues music is all about passion and the stories that are told in Blues songs usually are about the writers own experiences in life."

Alan Nimmo: The King of Highlands

King King was created by Glasgow blues luminary Alan Nimmo and longterm cohort, bassist Lindsay Coulson  - a pairing which stretches back long enough to result in the kind of chemistry impossible to manufacture. The addition of keyboard wizard Bennett Holland and award winning drummer Wayne Proctor has spawned a rollicking monster of a band which manages to maintain an irresistible edge of mischief despite the indecent amounts of talent and skill in evidence. 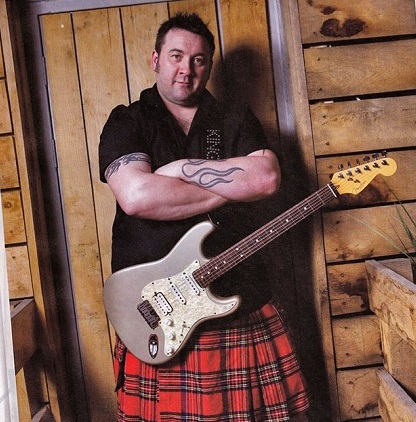 2013 looks set to be one hell of a year for King King as the blues rock trailblazers continue on a prodigal ascent, galvanizing their runaway charge with the release on Manhaton Records of hotly anticipated second album 'Standing in the Shadows'. As such, the King King (Alan Nimmo, vocals/guitar,  Bob Fridzema on Hammond organ, Lindsay Coulson on bass and Wayne Proctor on drums); mantelpiece has found itself increasingly overcrowded, most recently taking delivery of highly coveted gongs for 'Best British Blues Band' and 'Best Blues Album' courtesy of the British Blues Awards.

There's little doubt that they will soon be making room for more. Standing in the Shadows is primarily self-penned, swinging through moods and switching pace and style with absolute confidence, to spectacular effect. The band continues to forge its own way with ferocity and finesse, a supersensory connection and a cocktail of influences, with an instantly recognizable and infectious sound which the growing fanbase can't get enough of. Electrifying live performances are a King King trademark, and their meteoric success has been in no small part fuelled by a tour and festival calendar which would make lesser bands dizzy.

Alan: I think that Blues music is all about passion and the stories that are told in Blues songs usually are about the writers own experiences in life. When I write a song it’s from the heart.

All kinds of music... not just Blues can touch someone in a way that only they can truly understand and that is how powerful music can be.

Alan: I don't know if I’m a "good bluesman" that's for the audience to decide but, I am able to identify with certain aspects of Blues music and songs like, heartbreak, poverty, love & loss, good times and bad times but I think that just makes me like most people in the world. I've been lucky enough to be able to express my feeling and experiences in the form of song writing and performance. It’s a great therapy. 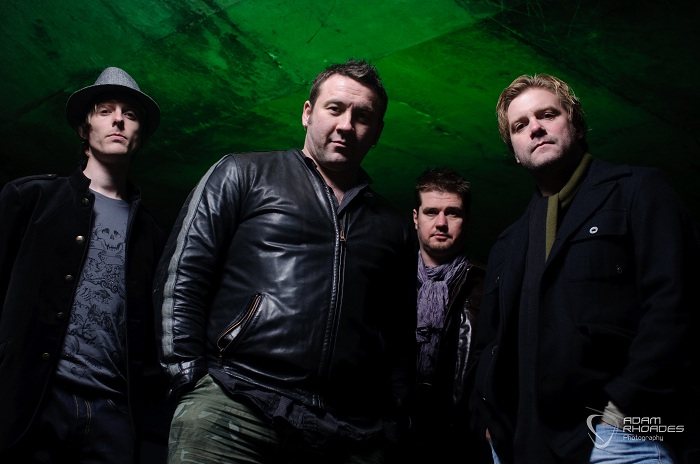 "If I could go back in time I would probably go to the Isle of White festival in 1970 and watch the birth of what was to be a new amazing era of great music."

How do you describe your sound and progress? What characterize the philosophy of King King?

Alan: I am always trying to improve on the sound of the band but I think after a few trials we have developed what is now the King King sound. You could say it’s like Classic Rock meets Blues meets Soul/funk.

The progress of the band is going very well at the moment, our profile and brand is growing everyday but there is so much more to do and achieve so this for me is just the beginning.

Alan: Blues music is "real" and its honest and I think people appreciate that and like I said earlier… people can relate to the stories being told so, that’s why I think it has and always will have a great following and will always be loved.

Do you remember anything funny from recording and show time with King King?

Alan: It's usually when I’m on stage and trying to look really cool... then I trip over my guitar lead and fall over. ha ha

What are some of the most memorable gigs and jamms you've had? Which was the best and worst moment of your career? Alan: Every night is a night to remember. I feel so lucky to be able to play guitar and sing for a living…it’s the greatest job I could've asked for.

I grew up listening and being influenced by bands like Peter Green's Fleetwood Mac, Whitesnake, Free, Thin Lizzy, Frankie Miller and so many more but moments to remember are times like when I have shared a stage with some of my musical heroes like... Mickey Moody (Whitesnake) and I got to meet and chat to the likes of Peter Green, Bernie Marsden and Walter Trout to name a few.

As for my worst moment in music... I just don’t have one; I choose not to look at it that way. If things go wrong or something happens, or if I miss out on an opportunity then maybe it wasn't the right time or something like that.. but as long as I have my health, my family and friends and my voice and fingers work then... life is good.

Alan: My Grandmother before she passed away said... "What's for you won't go by you"

This is an old Scottish saying that I was very thankful for and I believe that if you have a strong work ethic and are prepared to put the effort in, then good things will come to you.

Are there any memories from Jethro Tull, Taj Mahal and Paul Jones which you’d like to share with us?

Alan: It was an honour and a pleasure meet all of these people... in particular Paul Jones who is such a nice man and has a genuine like for our band. 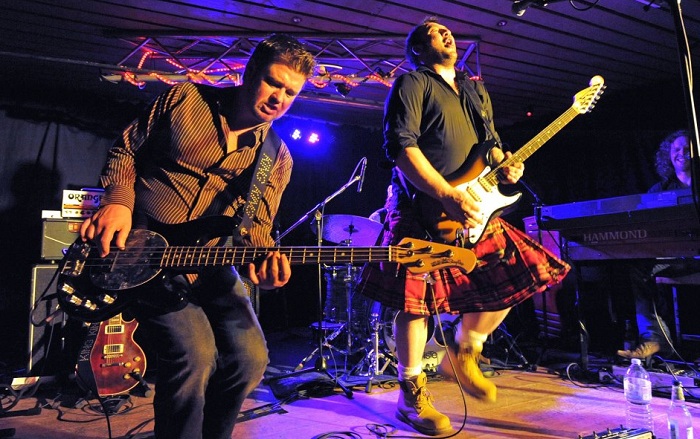 "My hopes for the future is that the UK and everywhere else can keep on producing great musicians and great blues band and that there will always be great entertainment available out there."

You are also known for your show with Kilt. How would you describe your contact to people when you are on stage?

Alan: I feel I have a good relationship with the audience. I feel a relaxed audience makes for a better night for everyone.

The audiences are our friends and I appreciate their support so much and I always want them to know this. Without fans we have nothing.

What do you miss most nowadays from the old days of British Blues? What are your hopes and fears for the future?

Alan: My hopes for the future is that the UK and everywhere else can keep on producing great musicians and great blues band and that there will always be great entertainment available out there. So I ask everyone who is a lover of live music to keep on giving your support to your local venues and keep music live all across the world.

What are the lines that connect the legacy of Skiffle with 60s British Blues and continue to 70s Pub Rock Blues and King King?

Alan: Apart from the musical structures I don't think there is a much of a difference between any music.

No matter what style anyone plays or sings... I think on the whole we are all just trying to express ourselves and share our music with everyone.

Alan: Paul Kossoff from the band "Free" was my biggest influence as a young guitarist and I would have loved to see them play live. If I could go back in time I would probably go to the Isle of White festival in 1970 and watch the birth of what was to be a new amazing era of great music. 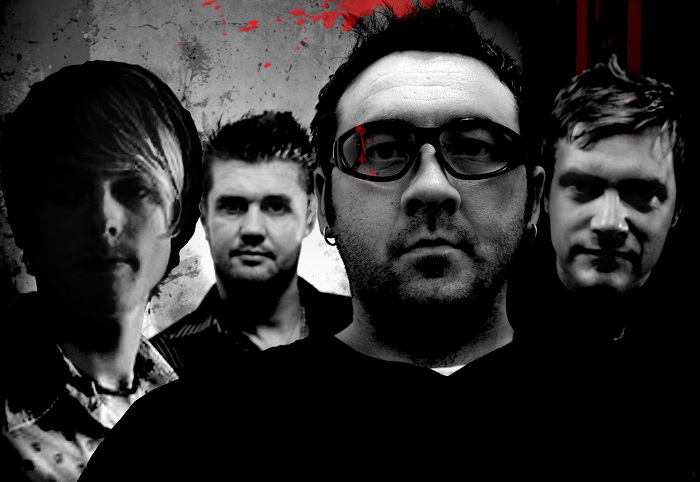