"Beat literature is based on the authenticity of those it describes. It talks about all that is not obvious but exists. In the dark alleys of the city, in the seedy bars, in the prison deals. Where the vagrants roam, where the drugs are. If you are not a part of that world, you cannot write about it."

Greek radio broadcaster Elvira Bura Lavou likes to float in the clouds. Not above but underneath. She observes trends coming and going and as a genuine daydreamer she imagines a world where good music triumphs in the end. She adores British poets, good lyrics, expert guitarists, and when the night comes she takes us on secret journeys to other dimensions: melodic, poetic, electric, acoustic. For the last year, she’s been our tour guide on Monday nights, on Poets-Radio.net. 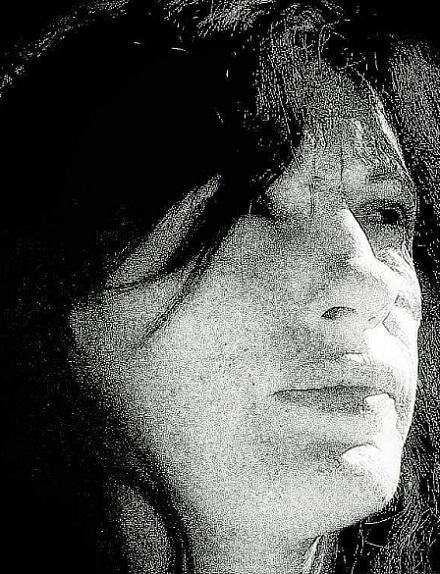 Poetic language, in comparison with everyday spoken language, has the ability to touch with immediacy the images of the psyche. The poet, as a prophet, sets aside his ego, so that the demon he carries inside can surface. The same thing happens with a lyricist who manages to make the demon appear, but in this case inside of you. On the other hand, music, which according to Eryximachus is a science of erotic phenomena, needs musicians with skills in harmony and rhythm. Rock music is but a gate to all that I needed to be taught, in order to feel free and creative.

How do you describe “Locomotor Ata®axia” philosophy and mission? What touched (emotionally) you from Poets Radio?

“Sing inside of me, Muse, and through me tell the story”.

This is the way I begin my radio show. An image I saw, something I read or heard… they create associations… waves that carry me to a target… The subject.

For me, Poets Radio is a school. The choice of lesson and the time I will dedicate is totally up to me. It also allows me to go on musical journeys, which is something I love, because I learn about the history of Rock n Roll.

What has been the relationship between music and poetry in your life? How does music affect your mood and inspiration?

Music helps me write poems or lyrics and keep my feet on the ground.

Poetry inspires me to write better. As Guy Clark says, “Some days you write the song / Some days the song writes you”.

I’d say it’s a way of life. Beat literature is based on the authenticity of those it describes. It talks about all that is not obvious but exists. In the dark alleys of the city, in the seedy bars, in the prison deals. Where the vagrants roam, where the drugs are.

If you are not a part of that world, you cannot write about it.

I don’t miss anything from the past… The sounds have changed but so have we. I don’t worry about the music, it always finds its way. I worry about people, they get lost and they don’t know where to go. I hope they find their way and that all this trafficking ends, with no more violence.

If you could change one thing in the Radio nowadays and it would become a reality, what would that be? 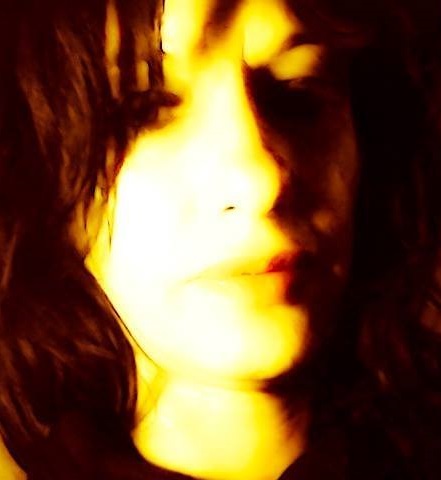 That’s a hard one! Obviously, I would change the way you select your playlist in a radio show. I would eliminate dependency on record companies. I would free music and radio DJs, to spread sounds and melodies everywhere.

"Poetic language, in comparison with everyday spoken language, has the ability to touch with immediacy the images of the psyche. The poet, as a prophet, sets aside his ego, so that the demon he carries inside can surface."

What's the legacy of Poetry in Music? If Sappho was speaking to us, what do you think she would tell us?

We can’t write a poem or song if we’re extremely satisfied and privileged by life itself. There’s no need to say anything. I will borrow one of her lines: “I can’t see anymore and I can’t hear, my ears are buzzing”.

How does the underlying philosophy of Underground/Outlaw poetry and poets impact you?

What is the impact of poetry and music to the racial, political, and socio-cultural implications?

The prohibition of black music, alongside prohibited poetry, connects various people that feel the same awe because through that they witnessed their own demons or angels. Rock n Roll helped build a common culture between the teenagers of white and black America. Human rights and WW2, after 1950, were the subjects in blues songs and poems, but also in the writings of the Beat Generation. This was carried on to rock music and then to punk, in a broader sense.

I would bring with me an e-bow, as a gift to John Cipollina of Quicksilver Messenger Service and I would steal and bring back with me Duane Allman’s guitar!! 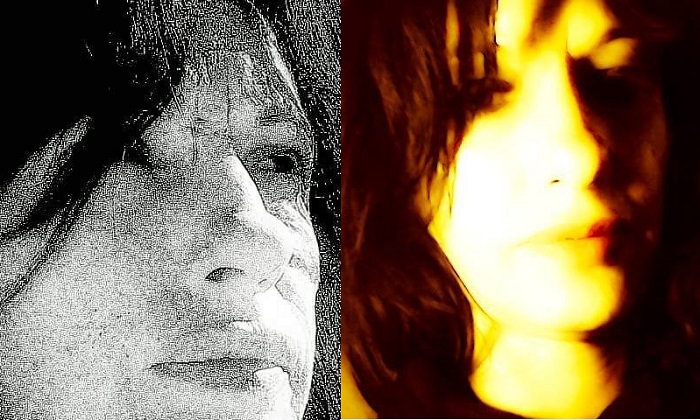