"Blues is at the core of everything I do musically. Truthfully I didn't and don't feel a part of Rock culture. Maybe onlookers see me as part of it...I was playing and wanted to be an artist...nothing outside of my own world."

Bill Harkleroad, known professionally as Zoot Horn Rollo, is a prodigious guitarist. He is best known for his work with Captain Beefheart and The Magic Band. In 2003 he was ranked #62 in a Rolling Stone Magazine list of "the 100 greatest guitarists of all time". Born in Hawthorne, California, Harkleroad was trained as an accordionist as a child but switched to guitar in his teens. In nearby Lancaster, California, he became involved in local bands. He joined up with future member of the Magic Band, Mark Boston, in a band named B.C. & The Cavemen. Later the two played in the group Blues in a Bottle along with future Magic Band guitarist Jeff Cotton. He joined the Magic Band in 1968 after the departure of Alex St. Clair. After recording Trout Mask Replica and several further albums, he left in 1974, with several other band members, to form Mallard. 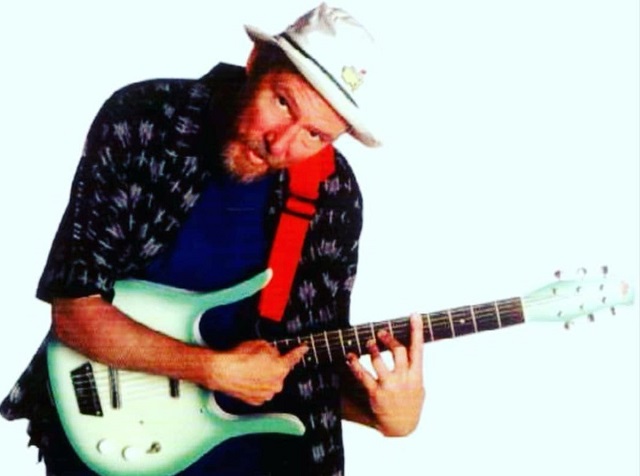 In 1995, his book "Lunar Notes - Zoot Horn Rollo's Captain Beefheart Experience" (co-writer, Billy James) describes some of the tensions that contributed to the split between Captain Beefheart and the other band members. After the disbanding of Mallard, he had a limited involvement with the music community as a performer. He continued his involvement in another capacity, however, as a record store manager and guitar instructor in Eugene, Oregon. On November 27, 2001, he released We Saw a Bozo Under the Sea. In 2008 John French (a.k.a. Drumbo) released an album City of Refuge in which Harkleroad was featured playing guitar on all twelve tracks. In 2013, Harkleroad contributed lead guitar to a psychobilly track on the Eugene-based band Cherry Poppin' Daddies' album White Teeth, Black Thoughts.

Blues is at the core of everything I do musically. Truthfully I didn't and don't feel a part of Rock culture. Maybe onlookers see me as part of it....I was playing and wanted to be an artist... nothing outside of my own world.

How do you describe Zoot Horn Rollo sound and songbook? What characterize your music philosophy?

As I said blues is always at the core but almost never in any conventional way. I don't know that I have a philosophy but I do have a very strong idea what is important to me. I absolutely don't like rules of music that conform to genres...I am a genre buster. I love the language of music but not the attitudes that surround it.

This is a leading question...I don't think I miss anything from the past that isn't better now. Yeah there is awful stuff now and there has always been awful stuff. I believe it is the exposure...If Howling Wolf and his buddies were about 20 greats... it was easy to find them. These new greats are out there now, but to answer the “Future Of” part of the question... the intense exposure is about selling “Sonic Products” not art. There are geniuses out there learning their art from YouTube videos...the exposure can go both ways.

What is the story behind your introduction in the Magic Band and the new music direction of band?

I joined in June 1968, just before Strictly Personal. Believe me it was weird, but not because I knew Trout Mask Replica wouldn’t sell. It was over a long period that that record would evolve. It was only after we played live that it became obvious that screaming groupies were out of the question. As far as the direction, we were going to record Strictly Personal, so I was playing that material which was strong and reasonably accessible. Veterans Day Poppy, Moonlight on Vermont, and Sugar n’ Spikes were all to be included. 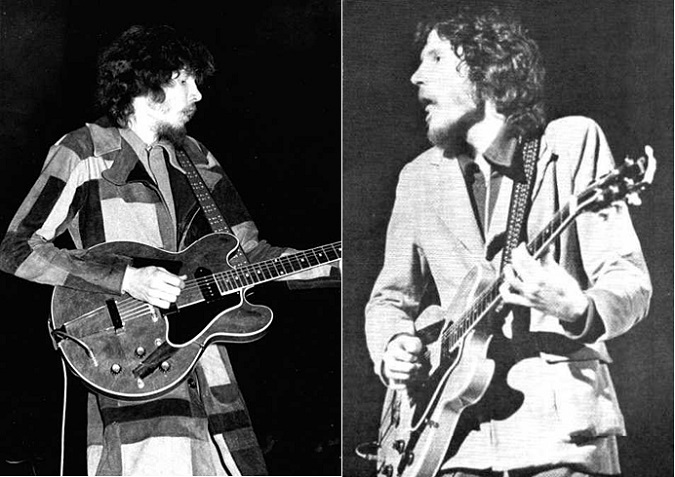 "The business people didn't know how to control things and to follow the money they signed bands that made their own decisions. After a while of course control was again secured by the money people." (L: Photo by Tom Damman, Amsterdam '72 - R: Zoot Horn Rollo, Royal Albert Hall '72)

Freedom...from the judgment...attitudes about right and wrong. Promote what you like and don't define yourself by what you don't like.

My wife but I know you mean musicians...Art Tripp, a schooled player that I learned a lot from. Don Vliet a non-schooled artist that gave me the idea that music is art. Frank Zappa and Ian Anderson...simply work ethic.

Two: Mississippi Fred McDowell was our opening act and backstage playing together was very cool but what surprised me and absolutely shouldn't have, was his intellect. He referenced classical and jazz things and was very aware of the our thing. It showed me how ignorant and judgmental I was. Big learning!

Playing in a pickup band with Bo Diddley. He was used to controlling everything and in our ten minute rehearsal we were told what to do and to not play the Bo Diddley rhythm. In the first few minutes of the gig he realized we could play and let us go and he went too (of course playing “The Rhythm”). One tune in particular was a tribute to his departed brothers...very powerful! (you know who they are).

What are the lines that connect the legacy of Blues from Folk, to Rock n’ Roll and continue to Jazz and Psychedelic?

I think this is a question for a musicologist not a guitar player that doesn't want to separate things. I'm sure there is a pretty obvious line of connection but for me I absolutely don't want to think that way. I think it prohibits creativity.

How started the thought of "Lunar Notes" and what were the reasons that started to write your autobiography? 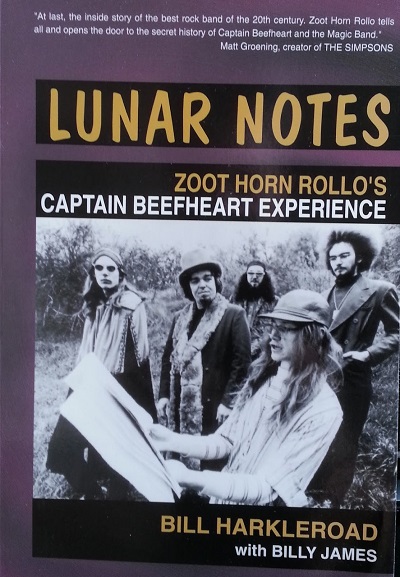 I think I stated it accurately, we are talking about a long time ago. My sister and father, and two of my very best friends, had just passed away in a very short period of time. When Billy James approached me about the idea of doing it, I thought it was a great time to have a cathartic experience, to just rid myself of the Beefheart drama. It just seemed that it was hard; it was a big hit for me to lose both my father and my sister in a very short period of time. She was quite young. I just thought: “OK, let’s just talk about this”. In fact, the first half of the book was difficult for me. Basically, I just stopped as I wrote the first third. I didn’t want to answer questions anymore, because it was going to a place that it wasn’t really me. For that part of the book, I needed to keep in mind the people who were gonna pay for the book, so I had to write a lot about the Beefheart stuff, and I didn’t want to be too negative. I was trying to be realistic about what it all was. For me, it was just a cathartic experience. It was: “OK, that’s what happened. Now, I’m moving on”.

Practice!! That was direct and indirect.

What has made you laugh and what touched (emotionally) you from the late great bluesman Muddy Waters?

It was the first time I met him, and I think I had been in the band maybe a week or two. I met Harry Partch and Muddy Waters within the same two weeks since I have joined the band. We watched Muddy Waters at Shelly’s Manne-Hole in LA, when he was playing. Muddy came up to the table and do that: “I’m not gonna be good tonight” or something along the lines of “I got a cold”. He kind of made an excuse and I thought: “This is Muddy Waters”. Then, they went to play, and I didn’t even know if I was hearing him because I was so blown away then. I’m 19 and here are all these people: Harry Partch, Frank Zappa, Mick Jagger and Muddy Waters. Pretty cool.

What is the impact of Blues & Rock n’ Roll music and culture to the racial, political and socio-cultural implications?

What were the reasons that made the 60s to be the center of Psychedelic Rock/Blues researches and experiments?

Frank Zappa covered this nicely. Coming from 1950's music in the U.S. that was controlled by the business people not the artists, the 60's economy and “Bands” totally changed the environment. Their sources were of course largely from the blues greats. The business people didn't know how to control things and to follow the money they signed bands that made their own decisions. After a while of course control was again secured by the money people. 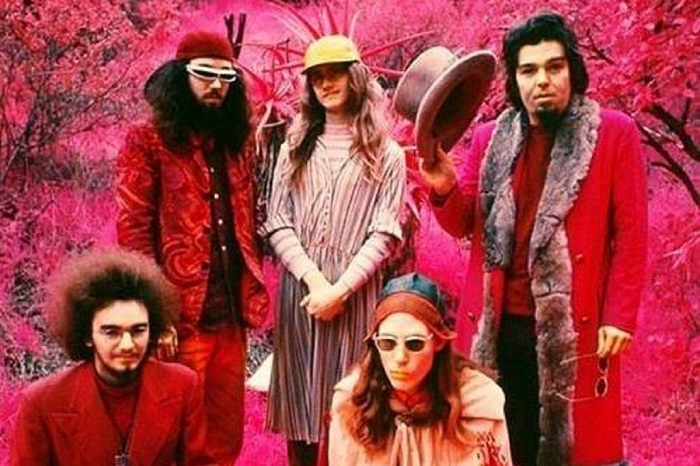 "As I said blues is always at the core but almost never in any conventional way. I don't know that I have a philosophy but I do have a very strong idea what is important to me. I absolutely don't like rules of music that conform to genres...I am a genre buster. I love the language of music but not the attitudes that surround it." (Captain Beefheart and his Magic Band / Photo by Michael Ochs)

Why do you think that the Captain Beefheart and his Magic Band continues to generate such a devoted following?

Don Van Vliet was an extremely intelligent and extremely creative person, but I think when he was younger, he was just prone to his inability to be with other people very well. I think he probably could have been diagnosed with something, whether it would be any number of things: Bipolar, Asperger’s, whatever symptoms that are displayed by people who are diagnosed with these disorders. I’m pretty sure that if he wasn’t in that band in ‘69 or even before I was in the band and he was around now, his career would be over. The problem was that he wasn’t diagnosed. That created a real dynamic person with intelligence and creativity but also with this other not that fine side of him. Personally, if I had met the other guys: John French, Mark Boston and Art Tripp, we would have a blues band. So, all the creativity that made the music to stand the test of time and to stand all that, it’s truly his creative force.

Of course, The Magic Band and all the great musicians I was in contact with. The actual highlights all seem to be in hindsight.

Being self-conscious. It has taken so long in my life to not give a shit what anybody else thinks. I know I am not alone but I know there are so many people that in a more sensitive environment would have been major influences. “Showboats” rule the day. I may not be very good but I do have my voice.

The day after I die...same place.... to tell my wife that I love her and everything is ok. Of course assuming I'm first. 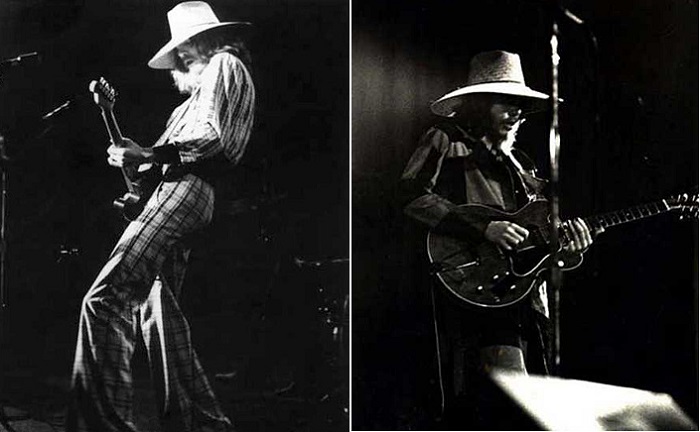