"The Hammond organ is connected to Blues/Jazz and Soul music because of it’s connection to the church. Gospel music used it first and it crossed over to secular music."

Clayton Doley: The Joy of Music

Drawn to the Hammond B3 organ from a very early age, he is a master of the instrument. He has dedicated his life to exploring the full potential of the B3 and utilising it's dynamics, depth of tone and it's bass pedals. Not just an organist, Clayton has a deep and rich and soulful singing voice and his bluesy songwriting combines modern structure and harmony with thoughtful and sensitive lyrics. 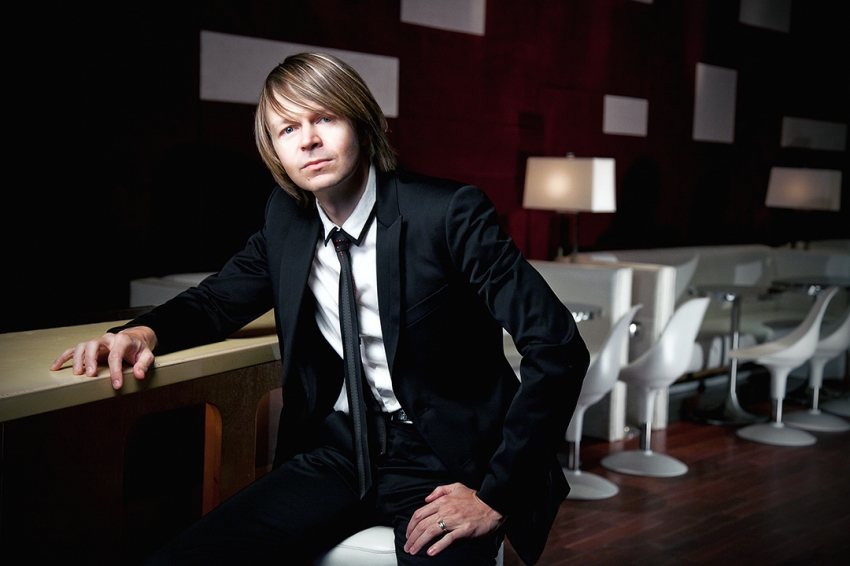 His new album "Desperate Times" has been embraced by the international blues community and has received worldwide critical acclaim. As well as fronting his own bands, Doley is a very experienced and versatile session musician and has either played on, produced or written songs for hundreds of Australian albums including many ARIA award winning releases.

He is constantly in demand for touring projects, even with his own busy touring commitments he manages to tour with artists such as Harry Manx and Eugene 'Hideaway' Bridges, and has in the past toured with Steve Cropper and Donald 'Duck' Dunn, David Garibaldi, Nigel Kennedy, A Camp, Silverchair, The Divinyls, and Jimmy Barnes. Clayton has also had a long history as a television musical director, for many years he worked for the now legendary shows 'Good News Week' and 'The Sideshow' and now regularly works on Televised events such as Comedy Gala's and Award ceremonies, etc.

Clayton, when was your first desire to become involved in the music and Hammond organ?

I was probably about 10 when I first discovered the music that I felt the most connection to, and it was the piano players of the late 50’s and early 60’s rock and roll like Little Richard and Jerry Lee Lewis that I was drawn to. I loved that it was more about the energy than the skill and you could teach yourself how to play by playing along. From there, as I got better I played along to Chicago Blues records like Muddy Waters and tried to copy his piano player Otis Span. I discovered Hammond Organ soon after.

From whom have you have learned the most secrets about the Hammond? Who were your first idols? 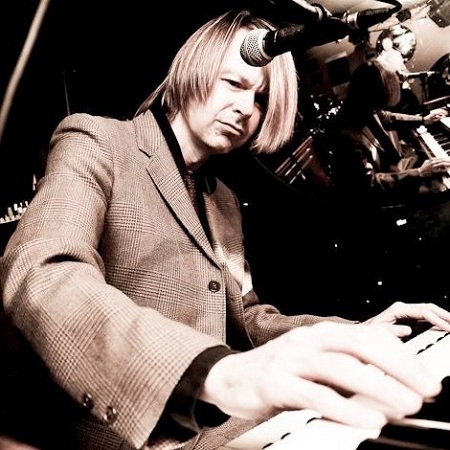 Booker T. Jones for me is the absolute master of the Hammond organ, not so much for his technical ability but the range of tones and his use of the Leslie speaker and the volume pedal. He is my first idol and the player that I studied the most. Then all of the American jazz organists from the 60’s, such as Jimmy Smith and “Groove” Holmes for the Bass pedal playing and fast lines.

From the very beginnings of Blues music you can hear the pain and hardship but you can also feel the hope and optimism. Personally, I have not seen pain and hardship like the early African Americans but I can relate to that feeling that Blues music can bring you happiness when all you feel is sorrow.

I have learned to really appreciate what I have in life, I have great friends and family and the gift of music. It do not worry about material wealth, what matters to me is finding joy in life. Music brings me joy.

How do you describe Clayton Doley’s sound & your progress? What characterize your music philosophy?

I would say that my music philosophy is to play the music that you want to play and ignore the popular trends. When I first started to play the Hammond Organ it was very unpopular, people thought I was crazy for playing a heavy beat up old organ when the lightweight synths were making new sounds. But I stayed true to myself and carried my Hammond to gigs in my old van. As times changed, and Hammond Organ started becoming popular again, I had already had a head start on my peers.

From the musical point of you what is the difference and similarity between the piano/keyboards and organ?

They are both Keyboard instruments but that is where the similarities end. The piano is an acoustic instrument that has it’s own overtones and the player gets expression from the touch of the fingers on the keyboard. On an organ each note is a switch that turns on a synthesized tone, basically just sound on and sound off. All the expression comes from the volume pedal and the use of the Leslie, and the overtones can be dialed in with the drawbars. I love to play both organ and piano but I feel like the playing the organ is where I can express myself the most. 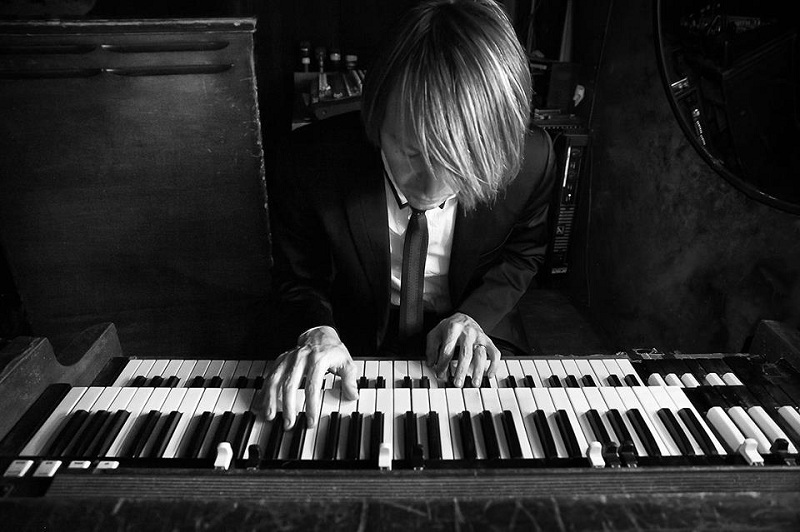 Do you remember anything funny or interesting from your tours?

Touring is always funny and interesting but it also has its challenges and stresses, I love it and hate it at the same time. It is always great to visit new places and meet new people and it is always interesting being so close to your fellow band members. You really get to know someone when you are on the road and you share pretty personal experiences, similar to being in a relationship.

I like big gigs, bigger the better. I especially like music festivals where you get to share the stage with your idols and meet them back stage.

What advice would you give to young blues musician? What is the best advice a bluesman ever gave you?

I was really lucky when I was first starting playing. I somehow ended up playing with musicians much older and much better than me and that was the best way to improve quickly.

Probably the post important thing anyone taught me was to be a team player, respect your fellow musicians and respect your audience. When you first start playing, all you want to do is show off how good you are, but it is more important to create a feeling and tell a story that the listener can relate to. Take your time and draw everyone in and then once you have their attention you can dazzle them with something tricky or fast.

Are there any memories from Eugene 'Hideaway' Bridges, Steve Cropper & Donald 'Duck' Dunn, and David Garibaldi, which you’d like to share with us?

Playing with these amazing musicians is an absolute honor and I feel humbled and privileged to be in their company. In the case of Steve Cropper and ‘Duck’ Dunn, I loved listening to the stories about how they made my favorite records in the Stax studio. And in the case of David Garibaldi, I loved getting the chance to do the Organ and Drums breakdown that David Garibaldi and Chester Thompson used to do in the early Tower Of Power songs. In both cases it was an opportunity to almost step into the shoes of two of my favorite organists. Some music styles can be fads but the blues, soul and jazz are always with us. Why do think that is?

Blues, Soul and Jazz is a passionate and real music with substance that you can’t help but love when you first hear it, and there are many other styles of music with substance out there for people to discover. I don’t like the watered down generic “pop” with no soul that is on commercial radio, at least these days with the internet, it is easier for the general population to discover for themselves other music and make up there own mind what they want to listen to. If people are allowed to do that then they will gravitate towards Blues, Soul and Jazz naturally.

Tell me about your experience with the local scene and your work with Jackie Orszaczky, Ed Kuepper and Mighty Reapers?

The Sydney scene owes a lot to these musician, they helped create a uniquely Australian sound that guys like myself have learned from and hopefully expanded on. Jackie Orszaczky’s music was the biggest leaning experience for me, before I stated playing in his band I had a good groove and soulfulness in my playing, but I came out the other side of his band knowing about some of the theory and was playing complex, Funk and Jazz. Not only that, he showed me how to write string and horn arrangements.

As long as there people living their lives there will always be people falling on hard times and there will always be great Blues music to help you get through those hard times. I think there is definitely real Blues nowadays, contemporary blues musicians are really doing great things. There is a broad range of blues to choose from now and that is great. I personally choose to mainly listen to the older blues greats but I think the old and the new should coexist to form a bigger picture.

Do you know why the sound of Hammond is connected to the blues/jazz and soul music? 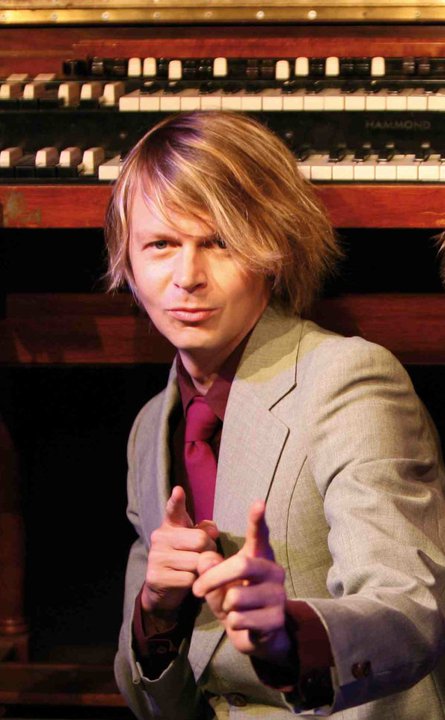 The Hammond organ is connected to Blues/Jazz and Soul music because of it’s connection to the church.  Gospel music used it first and it crossed over to secular music.

What characterize the sound of Hammond and what are the secrets of?

Apart from the human voice the Hammond organ is the ultimate musical instrument. If the player really knows how to use it, he or she can be the most exciting soloist of the subtlest accompanist. It ranges from being huge and loud to tiny sweet whistle tones and everything else in between can be mellow soundscapes or funky stabs. No other instrument is that versatile in my opinion.

You have pretty interesting difference projects: The Clayton Doley Organ Experience, Clayton Doley's Organ Donors, and The Hands. Would you tell a little bit about that?

All of my projects are like little snapshots of my life. In each case I have written a bunch of songs and surrounded my self with my favorite people of that particular era and made a record. The Hands was my first go at leading a band, it featured two keyboards out the front and three female backup singers. I sang and played the organ and my brother, also a keyboard player, sand and played the Clavinet. We made two albums, “Live & Breathe” in 2004 and “Everything Is Wonderful” in 2008.

Then, Clayton Doley’s Organ Donors released one album in 2010 called “Tension!”. This consisted of mainly original Organ/Guitar instrumentals in the style of the 60’s psychedelic soul era.

Currently The Clayton Doley Organ Experience is a classic Organ Trio, as in Jimmy Smith or Brother Jack McDuff where there is no bass player; I play the bass on the pedals. The difference is that we play in a funkier style and I sing the blues. We released “Desperate times” last year and it has been doing very well for us, I can’t believe all the great reviews it has been receiving and it has been doing really well in the blues radio charts. 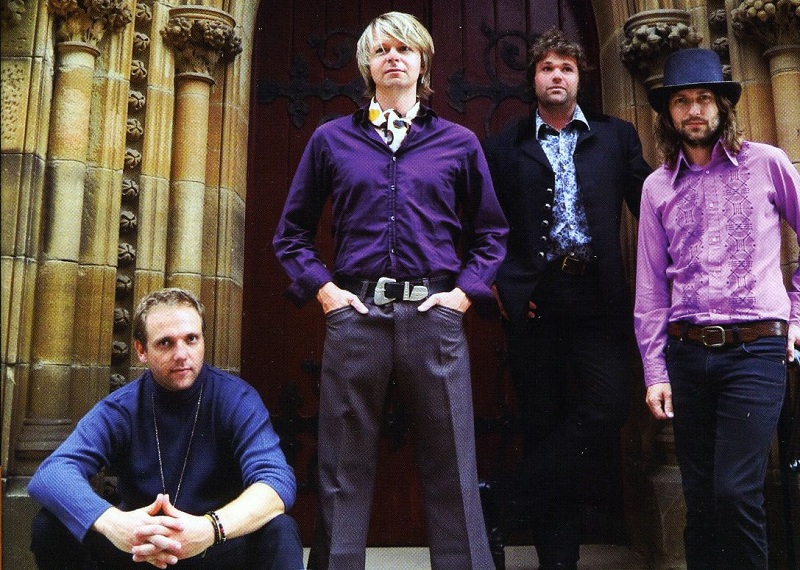