"Blues to me encompasses a breadth of soulful, rootsy musical elements which, although often simplistic in composition, are very powerful in their execution."

Brandon O. Bailey is a young harmonica player and looping artist from Memphis, Tennessee. In 2008 he rose through the ranks of several hundred contestants to make the finals of the Orpheum Star Search competition in Memphis, then won the finals by performing the J. Geils Band's harmonica showpiece, "Whammer Jammer," with the house band. In the aftermath of that victory, and with the help of various major concerts, radio and television appearances, a "break out" story in Living Blues Magazine (2011), a featured interview on NPR’s “weekend edition” with host Linda Wertheimer (2011) and the recent release of his debut album Memphis Grooves which rose to #1 on both the U.S. itunes and Amazon blues music charts (2011), as well as his sophomore release Senses (2013) Brandon has put the music world on notice: there's a new guy on the block. 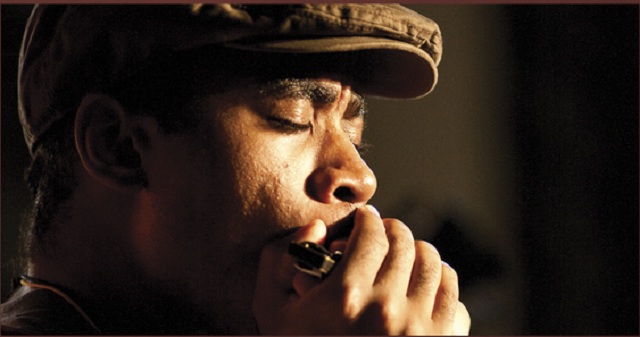 "Since blues is such a primal, emotional music form, the harmonica is the perfect instrument to compliment its micro-tonalities, and flattened 3rds."

Brandon began playing the harmonica when his grandmother told him that his great-grandfather used to play train songs on the blues harp. Recently, Brandon adapted the post modern harp-boxing style made famous by Son of Dave: blues riffs intertwined with beat-box rhythms. Although only in his early 20's, he's already played with some of the best harmonica players and bands in the country including Adam Gussow of Satan and Adam, Jason Ricci and New Blood, Billy Gibson, Charlie Wood, and Blind Mississippi Morris. He has performed at B.B. Kings Blues Club in Memphis, The Rum Boogie Cafe, The Orpheum Theater in Memphis, TN the Arkansas Blues and Heritage Festival in Helena, The Mid South Fair, and the Jefferson Awards in Washington D.C.

Learning and performing blues music gave me a much greater understanding of and passion for the history of modern musical styles. Many American music forms began with blues music and have thusly drawn from many of its primal elements. Blues to me encompasses a breadth of soulful, rootsy musical elements which, although often simplistic in composition, are very powerful in their execution.

I’m not really sure if I’m a “good” bluesman, is truly a bluesman at all. I am a good harmonica player who plays blues music and a songwriter in that idiom, but more forwardly I’m a musician. I use elements of blues to express myself musically. I consider myself rather untraditional as far as the mindset of the blues traditionalist: a guy who plays in bars, enjoys drinking, smoking, and women and sings about life’s problems. I’m not particularly attuned to any of those things (except women, I do have a girlfriend, haha). And I like making music that makes people feel good. Blues shouldn’t be put into a box necessarily. Its music.

How do you describe Brandon’s sound and progress, what characterize your music philosophy? 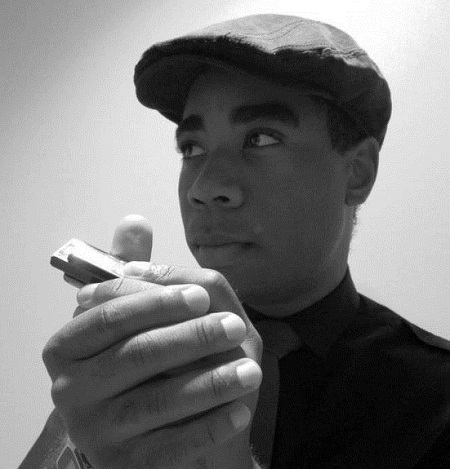 I think of myself as a bit of a modernist, yet I do enjoy the tradition of my instrument (harmonica). So often as harmonica players, especially in blues, we get bogged down with focusing on the technique and showmanship of the instrument that we forget the most fundamental thing: to make music. When I approach doing a concert, or recording, the first question that I ask is “how do I make my instrument fit musically with the overall sound of this track”? The musicality and emotional content of my playing in the context of what I’m doing is always my first question.

Actually, the most interesting period of my life is this very moment. I’m in a new place in my life having recently moved to Nashville, TN to attend Fisk University. It’s an amazing feeling being an independent adult, working a regular job (I’m a GeekSquad Agent) and also focusing on my music. This has also in a way been the worst moment of my career because music took a back seat to my education last year. That of course is not a bad thing, since it allowed my mind to rest, and for new ideas to develop musically. This year (2014) I’m focusing a lot more on creating new songs and continuing to refine my performing abilities.

It’s mostly due to the primal elements of the genre. If you turn on the radio and listen to a pop song, you’re very likely to hear some kind of blues in it. There is a Miley Cyrus song playing right now that has harmonica in it. It sounds like blues, yet it is obviously pop music. Blues music has a following because it really affects people on an emotional level. It appeals to the senses and makes people feel good. Hmmm.., the best jam would have to be one (of several) with Adam Gussow at his Mississippi harmonica camp Hill Country Harmonica. There were some amazing musical moments during that event. One of the best gig was definitely when I performed at the Orpheum Theater in Memphis during the beginning of my career. It was a HUGE stage and a very historic venue with some great musicians. Also, performing at the Chicago Museum of Contemporary Art was great.

"My hopes for the music of the future are that musicality and composition are not forgotten."

My brief meetings with Stevie Wonder and Victor Wooten were very power experiences for me and will definitely stay with me for the rest of my life. Two very significant meeting were the first times that I met Adam Gussow and Jason Ricci. I can fondly remember those days and I can recall being very star struck with both. The best advice was from Jason Ricci who told me (on being a musician) “You have to learn how to live off of Ramen Noodles”, haha.

From the musical point of view what are the differences between: Memphis and the other local scenes?
The Memphis music scene is traditionally very well known for blues music but has a great rock and rising hiphop scene. I think that what makes it a unique city for music is the local support for artists, such as through the Memphis Music Foundation and the University of Memphis. It is a great place to get you start and learn about the business.

There is nothing that I particularly miss from the blues from the past. As with all musical forms it is something that should be progressive, and grow with the ages. My hopes for the music of the future are that musicality and composition are not forgotten. In this age of technology and electronics it is very easy to be made to sound good in the absence of skill. I hope that true musical talent is not forgotten and is focused upon more in the future. 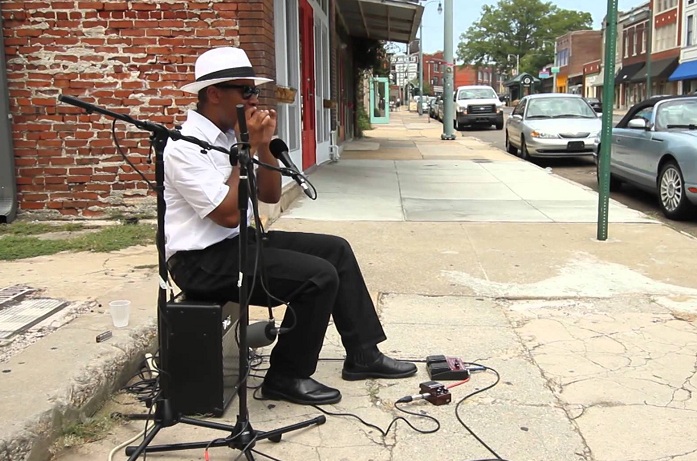 "Learning and performing blues music gave me a much greater understanding of and passion for the history of modern musical styles. Many American music forms began with blues music and have thusly drawn from many of its primal elements."

Seeing Jason do a handstand on top of his harmonica case during seminar. That one makes me laugh.

Because it is such a vocal instrument that’s tonality can mimic many characteristic of the humans voice. Things like crying, or laughing, or even speaking can be accomplished with the harmonica. Since blues is such a primal, emotional music form, the harmonica is the perfect instrument to compliment its micro-tonalities, and flattened 3rds.

Again, the emotional nature of the music. Soul and R&B borrowed a lot from the compositional elements of blues music and made it more popular. Not to mention that many of the artists that pioneered Soul where big fans of Blues in their youths. Gospel is more of a precursor to blues itself. Many traditional blues songs use the same chord arrangements as gospel songs, however with different lyrics.

I would want to go ten years into the future to see where I am in life and what the state of the world is in. Also, to see what is popular in music at that point in time. 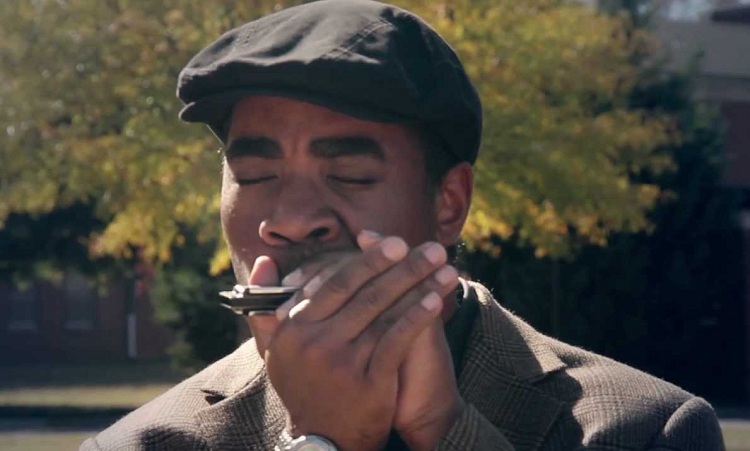