"Blues and Jazz music allowed the African American community to have a voice and share their songs and stories. Many people of different racial and cultural backgrounds heard those songs and connected with the music, so the music has helped unit us."

Canadian duo based out of the Kootenay region of British Columbia, Holly Hyatt & Jon (Jonathan) Burden play acoustic blues in a traditional style, Holly on upright bass and Jon guitar, both sharing vocals. Holly & Jon were a hit at the Kaslo Jazz Fest in 04, where they played and shared the bill with Colin James and Jeff Healey, The Brubreck Brothers and Ruthie Foster and were also the opening guests for Leon Russell the same year. They played the Whatshan Lake Music Festival with the Cruzero’s and Rick Bockner in 2005. In October they released “Big Wind on the Way”, their debut album of original material. In '06 Holly and Jon returned to the Kaslo Jazz Fest, this time with a full band, headlining the Up Stage and rockin’ the record breaking crowd into the evening. Also on the bill were Paul Reddick, Harry Manx, and Fathead Newman. The summer of '07 was a busy one and they toured, playing on shows with Coco love Alcorn, Ember Swift, Roy Forbes and blues man David Gogo, while the following year saw them doing two shows with young, Toronto blues prodigy, Jimmy Bowskill as well as touring throughout BC and Alberta and headlining an international music festival. In '09, they took a well deserved break form touring, except for two festivals, and only did a few local shows; concentrating on writing songs for their next album.                   Holly & Jon /  Photo by Aszjeca Burden 2016 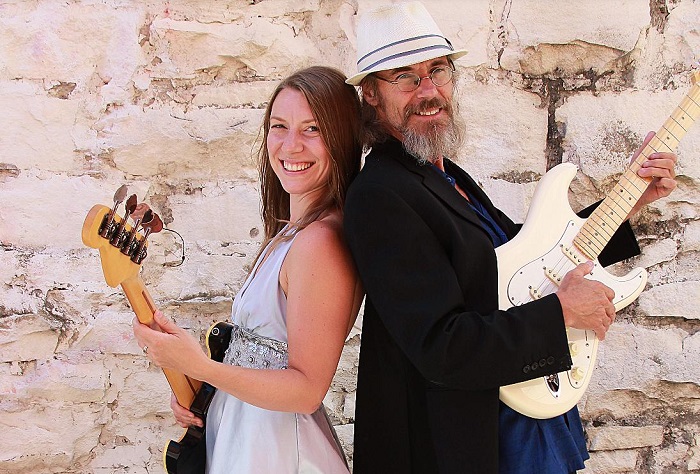 Holly and Jon began pre-production on their new album in the spring of 2010. Recording for the album began in June and they played a festival in Alberta that also included artists such as The Trews and bluesmen, Jim Byrnes and Steve Dawson. Jon played shows with Texas, blues legend, Sonny Rhodes, North American troubadour, Doug Macleod and headlined a festival in BC playing guitar for the Canadian Goddess of the blues, Rita Chiarelli. In 2012/13 they toured to promote their 2nd record of original material,  "1929 The Summit Sessions", which is an all acoustic blues album and is available  now at shows and selected retail outlets. In 2014/15 Holly took time off to be with her family and new baby boy, while Jon did some shows with Rita Chiarelli, Sonny Rhodes and toured with his blues/rock trio, Jon Burden and The Bleedin' Hearts. A new live album entitled "Shufflin' The Blues" will be released on September 2016.

What do you learn about yourself from the Folk and Blues music and culture? What does the blues mean to you?

Holly: Folk and blues music culture is about being real and authentic in life, in your songwriting and delivery. Blues music is about passion and expressing feeling. Being in the moment while playing.

Jon: I learn to keep it real and hopefully, unpretentious. What does the blues mean tome? Passionate simplicity. The voice of the salt of the earth.

How do you describe Holly Hyatt & Jon Burden sound and songbook? What characterize duo’s music philosophy?

Holly: Our sound is simple. Guitar, Bass and vocals. We try to always high light our vocals and harmony’s when possible. We sound very full because of how we arrange our songs and how connected we are as musicians. Our songbook is primarily blues based, but we both write in a lot of different styles. So we have a lot of folk songs, some country and R&B songs and some jazz over tones. Our music philosophy is, play with feeling and connect with your audience.

Holly: Connecting with our fans. We have made a lot of friends over the years when we perform and they continue to help and support our music careers. Probably one of the best pieces of advice I have had was from, Canadian blues man, Paul Reddick. He told me that it was important to write my own songs, especially in the blues genre, so blue music keeps growing and moving forward.

Jon: First and foremost. The acquaintance I have with my daughter, Holly Hyatt and finding out that she has the music in her. My acquaintance with Sonny Rhodes and Country Pete McGill and playing on stage with them. The best advice: Keep it simple. One note played with feeling is worth 10 played without. 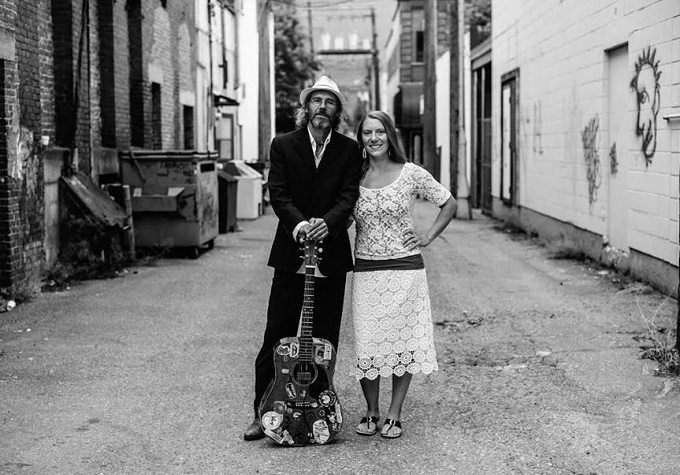 "Blues appeals to an older demographic and has a small but dedicated fan base which needs to expand to include a younger audience somehow. The most interesting period in the local blues scene, for me personally, is right now." (Holly & Jon / Photo by Borja Moncunill, 2014)

Holly: I played bass with Texas blues man, Sonny Rhodes, last winter and it was really amazing to share the stage with such a blues legend. The feeling of the blues kept growing in the room until it felt as though everyone in the building was connected. Pure blues power!

Jon: Gigs: Playing at the Biscuits and Blues club in San Francisco with the Sonny Rhodes Blues Band. Jams: I attended in the late 70’s early 80’s were the best.  There were a lot of pro musicians around at that time and the quality of the musicianship was very good. Opening for Leon Russell was a real buzz. Recording our first CD” Big Wind on The Way”. I was working a day job all week and recording at night and on weekends all summer long. I don’t know how I got through that.

Holly: I think the live dynamic of playing in the moment and how a song can naturally ebb and flow is missing in a lot of newer, commercial music. I hope that music can be used as a tool to connect people and motivate positive change in our world, like it did in the 60’s and 70’s.

Jon: I miss the quality of the music. The realness of the music. I miss the sound of analog tape. Hopes and Fears: That the blues finds a young, appreciative audience. I fear all music will be played by machines and all the performers will be robots.

Holly: That mainstream radio would embrace all musical styles, so people could be exposed to everything. One big mix tape.

Jon: If I could change one thing. I would not allow auto tune or pitch shift devices to be used in recording or live performance. 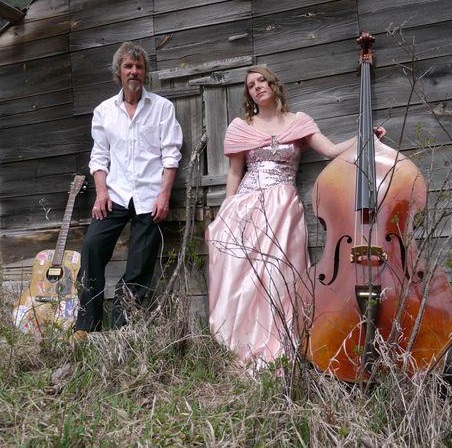 Holly: I think we have some great blues artists in Canada, but, in general I don’t feel as though blues music has been embraced as much in Canada as in the U.S. but it seems that this is slowly changing. I have enjoyed seeing the increase of original songs in blues music in the past 10 years. The root’s revival and return to acoustic music that we experienced in the early 2000’s has been great as well.

Jon: Blues appeals to an older demographic and has a small but dedicated fan base which needs to expand to include a younger audience somehow. The most interesting period in the local blues scene, for me personally, is right now.

Holly: Well, it can be a bit lonely being a female artist in music. It is definitely still a boy’s club, especially in blues music, but I feel the female voice is important and women need to hear and connect with the power of the blues and the women who sang the blues throughout history. These are some strong women with amazing stories. Women in music are gaining more respect and it is a lot more common to see women playing instruments as well as being vocalists. It’s our time, baby!

Holly: Blues and Jazz music allowed the African American community to have a voice and share their songs and stories. Many people of different racial and cultural backgrounds heard those songs and connected with the music, so the music has helped unit us.

Jon: Blues and jazz music unites people, whether they be black or white. At a blues show in Dallas Texas a few years ago all the bands were mixed race and so was the audience and everybody got along sharing their common love for the music.

What are the lines that connect the legacy of Blues from Folk to Jazz and from Country to Gospel and beyond? Jon: It’s really all the same music. Hank Williams music is just blues sung by a white, hillbilly singer. Jazz is sophisticated blues. Fold is from the acoustic blues tradition and gospel is blues from the church.

"Folk and blues music culture is about being real and authentic in life, in your songwriting and delivery. Blues music is about passion and expressing feeling. Being in the moment while playing." (Photo by Aszjeca Burden 2012)

Holly: I would love to go back in time to see artist’s like Billie Holiday and Bessie Smith perform and see the blues music scene when it was one of the most popular styles of music on the market and blues artists were the Kings and Queens of the stage.

Jon: London, England for Big Bill Broonzy’s first show there. Just to experience the audience reaction and hear that great music in person.