"Jazz teaches you to expand yourself musically and excel in technique and listening skills, so it is something that every true musician surely has to explore. Improvisation is an important element of Jazz."

In 2006, Neil Cowley Trio burst onto the scene with an outstanding debut that simply fizzed with energy. Its rip-roaring riffs, hook laden tunes and thrilling climaxes sat side by side with heart shattering musical whisperings and turned the concept of the piano trio on its head. Dubbed ‘Jazz for Radiohead fans’, it earned the trio a BBC Award for Best Album and a legion of fans. Since then, Neil Cowley Trio have released highly acclaimed albums and carved out a reputation as one of Britain’s most exciting bands. Live, their captivating shows have at their core Cowley’s quirky, English sense of humor, distinct wit and remarkable rapport with his audience. A dazzling pianist and outstanding composer, classically trained Neil Cowley creates deeply engaging music whose power and sheer emotion touch lovers of all music. He records and performs with his long time compatriots Evan Jenkins on drums and Rex Horan on bass, a band in the true sense of the word – that breathes and listens as one. London born Neil Cowley has become one of the UK's most respected and talked-about pianists. As a young boy Cowley studied classical music at the prestigious Royal Academy, and by the age of 10 had performed a Shostakovich piano concerto to a full house at London's Queen Elizabeth Hall. By his mid-teens, Cowley had joined a friend in a Blues Brothers Tribute band, and by the age of 17 had turned his back on formal training altogether, and entered the world of pop. He went on to record and tour with some of the best soul and funk bands of the day, including Gabrielle, The Pasadenas, 4 years with the Brand New Heavies, and Zero 7, until in 2002 he formed his own band, Fragile State. "Touch and Flee" (2014) is the new recording from Neil Cowley Trio, and marks a defining moment in the evolution of the band. It is their bravest, most daring album to date, spotlighting the ever- increasing brilliance of Cowley as a composer.

What do you learn about yourself from the Jazz culture and what does “improvisation” mean to you?

My association with Jazz culture is a little more complex than perhaps it seems. I’m really not sure where our band sits within it. Some might say that we are not Jazz. Some might insist that we are. However, Jazz teaches you to expand yourself musically and excel in technique and listening skills, so it is something that every true musician surely has to explore. Improvisation is an important element of Jazz. You might say that music without improvisation can never be Jazz. Neil Cowley Trio does improvise, but not in the traditional way of solo after solo after solo. We tend to collectively improvise textures, or repeated emotive chords that fluctuate in dynamics to create mood.

How do you describe Neil Cowley Trio sound and progress? What characterize your music philosophy?

We are a band that look like a Jazz trio, but sound like a wealth of different musical taste and experience. Our philosophy is to always make people feel something from the music, without ever resorting to self indulgence. But at the same time we look to challenge our musical boundaries. So a melody may appear simple, but underneath there are usually intense and complicated rhythmic patterns going on within the backing. We try and make music that pleases us but makes the listener feel something true. 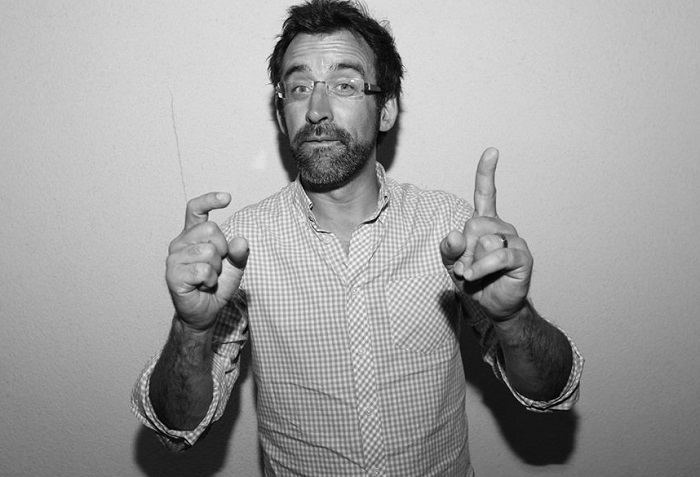 "Well Jazz is America’s art form. Of that there’s no doubt. It was always important for us as a band to bring something of our local flavour to the genre. That’s one of the reasons we don’t listen to too much American Jazz. Certainly Europe has embraced it and moved it in a certain direction."

Why did you think that the jazz music continues to generate such a devoted following?

Perhaps because Jazz in its truest form is free and democratic. It has the capability to capture a moment, in the moment. It is also one of the few forms where you can see musicians at the peak of their capabilities. Generally not making music for commercial gain.

From the musical point of view what are the similarities between: Debussy, Steve Reich, and Spiritualized?

Well there is a certain pulse that rings through all of these composers. Certainly the hypnotic elements of Steve Reich and Spiritualized put me in the same headspace. People underestimate the joy of repetition. It creates a smoke screen in a way, that occupies a part of your brain that could otherwise interfere with the listening enjoyment. The same way that driving can. Your ears relax into total absorption.

Most of the memories from this band revolve around childish behaviour. Shouting, play acting, putting the other band members off during radio or recording sessions. There’s always a new occurrence to laugh at or muse over. Just recently, moments before we went on stage at the Barbican in London (a very big gig!) Evan the drummer, slumped in a chair and pale as a sheet from nerves looked up at me and said “show business is our lives”. I thought that was both poignant and funny.

What do you miss most nowadays from the jazz of past? What are your hopes and fears for the future of? 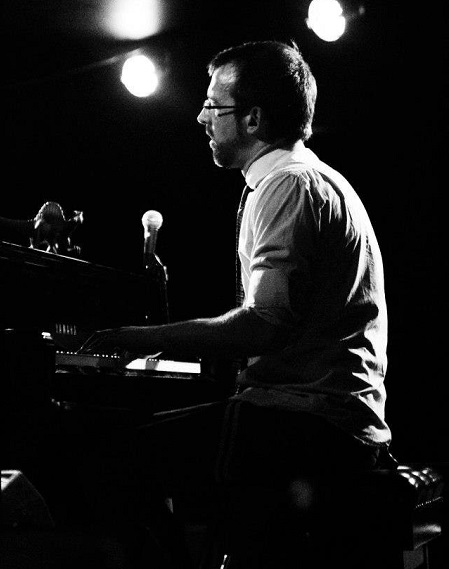 I don’t miss anything from Jazz of the past. I hope that it continues to evolve and absorb the modern age, so that it doesn’t become a defunct genre of music. My instinct is that people will always want something musical that is life affirming. Live music’s ability to do that has not been surpassed. If you find your spirituality in listening and playing, then I think that’s a good thing.

"Our philosophy is to always make people feel something from the music, without ever resorting to self indulgence."

As unrealistic as it is, I would change the consumers blind descent into low quality and cheaply produced music. Mainly driven by the increase in streaming. Can listening to music through computer speakers or a phone really be the way forward for the art form? Whereas film has made some inroads into improving the quality of its output, music seems to want to move in the opposite direction. Convenience at the cost of quality seems counterproductive to me.

Make an account of the case of the Jazz in UK. Which is the most interesting period in local scene?

I really am not qualified to say. I consider myself an outsider to any scene. Particularly the UK Jazz scene. I don’t know anyone in it on a personal basis and therefore don’t know how it functions. My interest and hunger lies in finding anything of artistic quality and interest from any walk of life.

What are the lines that connect the legacy of Jazz from US to UK? How close are the Blues with the Jazz?

Well Jazz is America’s art form. Of that there’s no doubt. It was always important for us as a band to bring something of our local flavour to the genre. That’s one of the reasons we don’t listen to too much American Jazz. Certainly Europe has embraced it and moved it in a certain direction. In much the same way that European music fanatics of the sixties almost taught the US to rediscover it’s blues heritage via popular bands like the Rolling Stones. The UK as a nation has been obsessed with American culture for a long time now. When someone like Miles Davis exudes such quintessential cool, how could we not be interested? 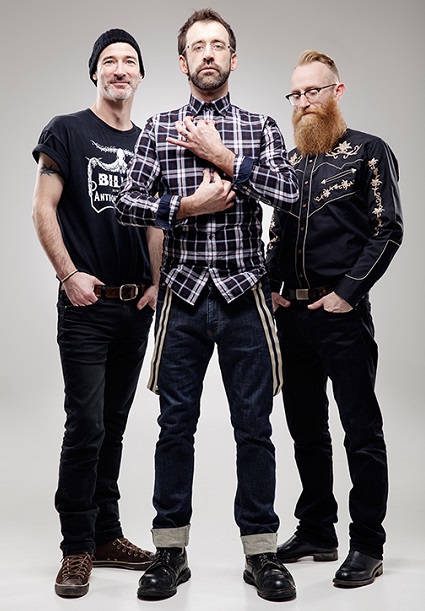 I’ve always been a history fan. A strange one has popped into my mind, though I don’t think it would be particularly pleasant. I would like to see the debut of Shostakovich’s Symphony No.7. The musicians and composer had been under siege in Leningrad right up to this performance. So desperate was the situation that three of the performers died during rehearsals. Starving and war worn, they managed to get through a performance of the piece and the (also starving) audience members managed an hour long ovation. So intent were the Soviets that the performance went ahead that they launched a military offensive to coincide with the concert in order to silence the German guns. What a day that must have been! It was considered a real turning point in the conflict.