Interview with Mark Johnson of Delta Moon -- rootsy, bluesy, and soulful sounds from all kinds of music

"Art and music makes us human and as artists, we want to share our art with other folks."

Delta Moon: Sliding To The Roots

Atlanta swamp rock and blues quartet Delta Moon returns with their tenth studio album “Babylon Is Falling” (2018). The titans of tone deliver a set of infectious grooves laced with a double-barreled shot of greasy bottleneck slide guitar and lap steel, along with thought-provoking lyrics on a set of tunes that range from Delta blues to gospel, soul and Southern rock. A chance meeting in an Atlanta, Georgia, music store brought Delta Moon’s two founders, Tom Gray and Mark Johnson, together. Tom tried to sell Mark a Dobro out of the back of his van. The girl with Mark whispered, “Let’s get out of here.” Mark didn’t buy the guitar, but the two exchanged phone numbers and soon were playing together regularly in clubs, coffee shops and barbecue joints around Atlanta. The name Delta Moon came to Mark on a pilgrimage to Muddy Waters’ cabin near Clarksdale, MS. Delta Moon quickly gathered a wall-full of local “best” awards. After winning the International Blues Challenge in Memphis in 2003, the band widened its travels to include the US, Canada, and Europe. In 2007 bassist Franher Joseph joined Delta Moon and was followed in 2015 by drummer Vic Stafford (Blueground Undergrass, Donna the Buffalo, Toubab Krewe) to complete the current line-up. 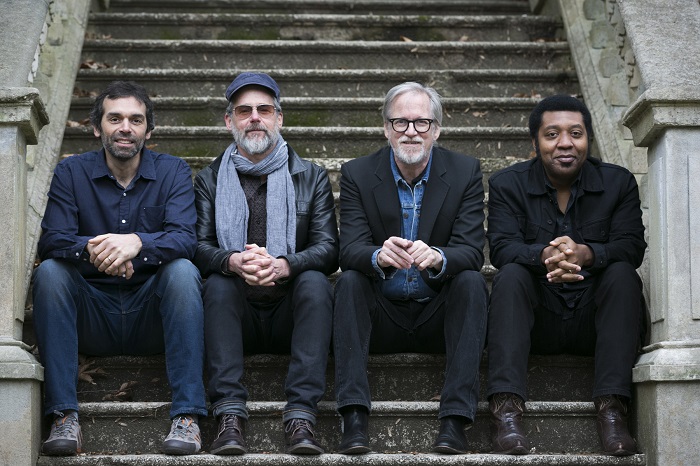 While not born in the South, Mark Johnson did grow up in a trailer park in Ravenna, Ohio. His uncle owned a record store, and there was always music in the Johnson home. Mark played guitar in bands all through high school. In the early 1990s he moved to Atlanta, where he formed a band called the Rude Northerners. About that time he abandoned standard tuning and became obsessed with open tunings and bottleneck slide. Mark is an aficionado of all things having to do with electric guitars, effects and amplifiers.

Well, music in general means everything to me. I play every day and always have a guitar with me. I particularly like the blues, especially the more primitive blues. It is a great form for expressing your feelings and improvisation.

I grew up in Kent, Ohio near Cleveland, the rock and roll capital at that time. I listening to great FM radio stations and saw lots of great live music. So, I was influenced by this music at a very early age, I've never known anything different. I had to be part of it. It gave me the courage to follow my own path. It also open my eyes and ears to appreciate other cultures and a desire to see more of world.

How do you describe Delta Moon sound and songbook? What characterize your philosophy?

Our songbook is pretty big at this point! But, it is all very rootsy and soulful. Not all straight blues- we do pull from all kinds of music- but very bluesy, and organic sounding. Heavy use of slide guitar and groove oriented. Our philosophy: listen and compliment. Think like a band, not an individual.

What were the reasons that made your generation to be the center of Blues/Rock researches and experiments?

Mark: Timing! All the older generation blues, gospel, funk, rock and roll and soul in the USA along with all the English invasion bands with their interpretations of this music hitting our generation at the same time! A perfect storm! 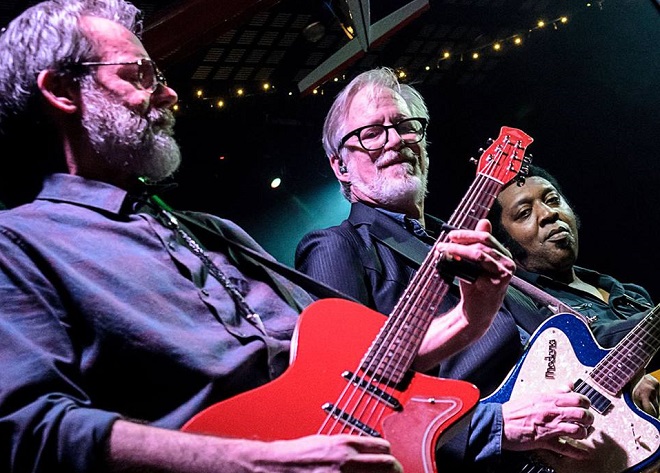 "The slide on a one string diddly-bo must be the original blues instrument! The sound of the slide on stings is very vocal, because one can play all the microtones between the frets…so it is perfect for expressing oneself. The best blues players can talk or communicate on their instrument."

How do you describe "Babylon Is Falling" songbook and sound? Where does your creative drive come from?

Babylon is Falling is a little more of a nod to our roots, with more traditional and covers than usual. How we interpret our influences is a great reflection of our musical identity and personality and…. it’s a lot of fun. We truly love these artists. However, we do keep it relevant. We have an opinion about the state of our country and the world, and we try to get that across in our music.  So, we rearranged these traditional to reflect our time. Sonically, it is not a big departure, I would say more of a honing and perfecting of the signature sound that we have in mind. One exception is an increase in emphasis on Franher Joseph’s baritone voice as a backing vocalist. Franher is a very important part of the equation. As far as creative drive... I need to be creative to be happy and healthy, so I really don’t have to push myself too much. I just try to keep it fun. I have a lot of cool instruments that are very inspirational and I just pick something up every day.

Well a highlight for me was opening for Los Lobos…one of my all time favorite bands. Those guys were so cool and nice to us. Opening for Sonny Landreth was great too…but lots of guitarists in the audience with their arms crossed! There are so many great memories and great friends made along the way.

Well, I am just thankful to have had the chance to seems some of the greats like Albert Collings, Albert King, BB King, RL Burnside, Jessie Mae Hemphill, Frank Edwards, Stevie Ray Vaughn and on and on. I was born in the Akron, Ohio in 1961. When and where I grew up, seeing live music was a huge part of our culture and existence. My hope is to be able to continue to be involved in this great art form.

I don’t really feel the need to change anything, but it would be nice if more people would spend their money supporting live music and the arts in general. Art and music makes us human and as artists, we want to share our art with other folks. 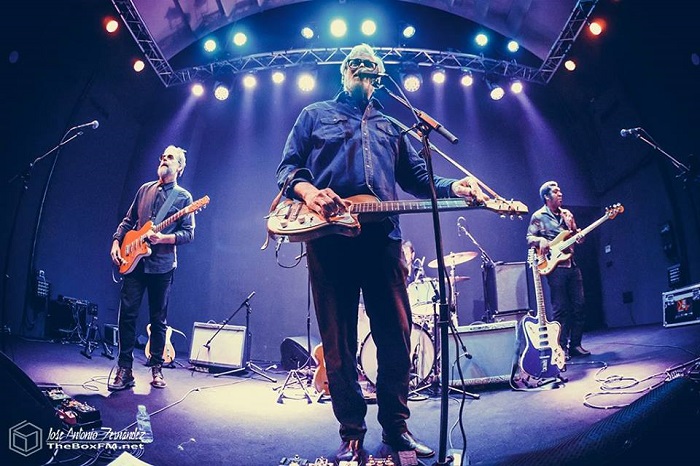 "Well, music in general means everything to me. I play every day and always have a guitar with me. I particularly like the blues, especially the more primitive blues. It is a great form for expressing your feelings and improvisation." (Photo by Jose Antonio Fernandez)

David Holt is a good friend of mine. He is a great all-round musician who played banjo and guitar with the Doc Watson for years. His work ethic and general positive attitude have been very inspirational.

My dad gave me great advise: do what everyone you want in life, but give it 110%, do it to the best of your ability. I also keep close something Charlie Musselwhite told me: " Hey Mark, just remember -one-four-five". Keep it simple and play with soul.

Are there any memories from the International Blues Challenge in Memphis in 2003, which you’d like to share with us?

That was just a great, unforgettable night. I just remember all of our friends and fans from Atlanta and Charlotte who were in Memphis, with us when we won. It meant as much to them as it did to us and that really touched my heart.

What touched (emotionally) you from your pilgrimage to Muddy Waters’ cabin near Clarksdale, Mississippi?

That was a very memorable trip. Jen, my girlfriend and now my wife, with my boxer puppy, Albert, took my VW camper bus to Nashville, Memphis and then to Clarksdale. This was a first for all of us and a very cool trip! But once we reached the cabin where Muddy Waters grew up, I just remember the simplicity and tranquility of the place. It was so quiet. I could imagined how that music must have carried over the countryside and also how important it must have been as a source of entertainment.

Kent State University was a hotbed of counter culture and the anti-Vietnam War movement in the late 60s, early 70s - 4 dead in Ohio. I was nine years old when the Kent students were shot by national guardsmen while protesting the Vietnam War. To me, at that time, rock and roll music was very exciting, but also anti-establishment, and often anti-war. At it’s best, blues and rock music reflect the times we are living in. Now, I feel that there are so many forces driving people apart, and music is one of the forces that continues to bring people together. "I don’t really feel the need to change anything, but it would be nice if more people would spend their money supporting live music and the arts in general. Art and music makes us human and as artists, we want to share our art with other folks." (Photo by Tom Gray)

What are some of the most important lessons you have learned from your paths in the music circuits and scene?

Probably my recognition of the importance of certain individuals or couples or sometimes groups of folks that have that vision, dedication and heart to provide a piece of this circuit or scene. To provide a time and place for this art form to exist, to pull it all together. Every cool music scene I have been involved in seems to have one of these personalities at the center.

Probably more of a state of mind that is continuous. A lot of labels get placed on things help us digest them, but there is usually more of a continuum that isn’t noticed all the time.

Do you know why the sound of slide is connected to the blues? What are the secrets of slide?

The slide on a one string diddly-bo must be the original blues instrument! The sound of the slide on stings is very vocal, because one can play all the microtones between the frets…so it is perfect for expressing oneself. The best blues players can talk or communicate on their instrument. The secret to slide is getting a good clean note. Heavier strings gauges, higher string action and a light touch will get you started. Then lots of practice.

Well just coming home and playing at Blind Willie's in Atlanta recently always puts a big smile on my face. The show was sold out and it was just so great to be home and rocking the home town again. This is where Delta Moon really got started as a band… Blind Willie's and world famous Fats Matt's Rib Shack.

I would love to go back and watch Blind Willie Johnson play when he made all those great recordings. 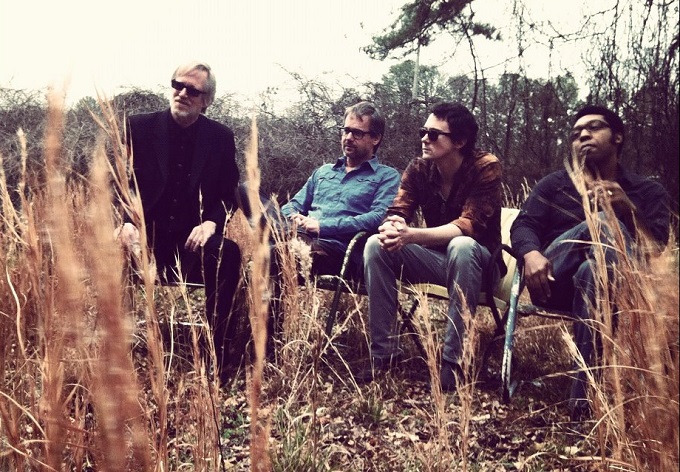