Interview with Mike Rivers, whose passion for British blues saw him re-open the legendary Crawdaddy club.

"In my opinion it is all real if played with feeling and passion. We can’t go back to the old cotton picking days. Blues has many genres and it is here to stay!!"

Mike Rivers: The Knight of Crawdaddy

Mike Rivers, whose passion for British blues saw him re-open the legendary Crawdaddy club in March 2011 with his wife Sylvie. Mr. Rivers is a familiar and popular face on the blues scene in south west London. Giorgio Gomelsky worked as an assistant film editor by day and a music promoter by night. He began in the jazz scene before starting the Piccadilly Club, a blues club in central London. When that closed in early 1963 he needed a new venue and since he knew the landlord of the Station Hotel in suburban Richmond, he took over the back room which was little used since its jazz sessions had petered out. 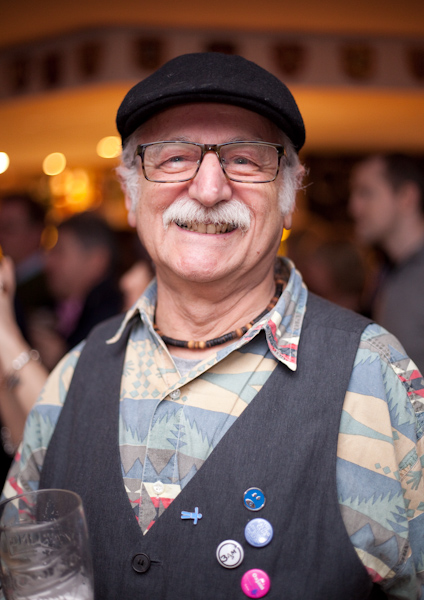 The name of the club derived from Bo Diddley's 1960 song "Doing the Craw-Daddy", which The Rolling Stones regularly performed as part of their set. The Rolling Stones played their first gig at the Crawdaddy in February 1963, because the Dave Hunt band were snowed in during the coldest winter since 1740. Although the Stones had played their first gig the previous summer, Bill Wyman did not become a member until December 1962 and Charlie Watts joined in January 1963 so the Crawdaddy saw the first public performance with them in the band. This first gig was not a commercial success; Gomelsky had to plead with customers of the main hotel, offering two entries for the price of one ticket. Within three weeks word had spread and the Stones took over the residency; by April they had two gigs a week at the Crawdaddy and a weekly slot at Eel Pie Island, two miles away in Twickenham. When The Stones became too big for small local clubs and went on tour, their residency at the Crawdaddy was taken over by another leading R & B group from nearby Kingston upon Thames, The Yardbirds, featuring Eric Clapton. Other artists who played at the club include Led Zeppelin, Long John Baldry, Elton John & Rod Stewart. In March 2011 the Crawdaddy Club was revived at the Athletic Ground by Mike Rivers and his wife Sylvie. Gigs are held on a monthly basis and feature top R&B bands including The Others who were the third house band at the original club after The Rolling Stones and The Yardbirds.

Music has always been a big part of my life from the early days of skiffle and rock’n’roll to the present day. The most interesting period in my musical life has been in the past 5 years since my work to attempt to revive the Richmond Jazz and Blues Festival and successfully reviving the iconic Crawdaddy Club.

I’m not sure if I learnt anything truly meaningful about myself with reference to the blues, but music generally makes me feel alive and has a more positive affect than any drugs or alcohol. "I hope that the present bunch of highly talented young musicians will be able to move their own version of the blues to a different level. My fear is that many small live venues will not be able to carry on financially." (Mike and Billy Wyman, photo by Emma Stoner)

When was your first desire to become involved with the club? How do you describe Crawdaddy’s philosophy?

During a meeting with a potential sponsor to revive the Richmond Jazz and Blues Festival he suggested I should revive the Crawdaddy Club. My initial thought was that I need to focus on my original aim, but having mentioned it to my wife (who used to go there in the early days) and to a couple of musician friends it became clear that it was likely to be well supported. Our philosophy is to book a mix of well established local blues acts alongside some highly talented young musicians and not to stick rigidly to the old formula. We prefer to work in partnership with the acts we book and have created a reputation of being the friendliest club on the circuit.

What has made you laugh lately and what touched (emotionally) you from the Crawdaddy’s venues?

At one of our earlier dates a man came in and claimed to be Top Topham from the Yardbirds and not having seen Top before, we all assumed he was genuine. The band, 3AM, asked him to do a number with them and he sang a more than passable version of Stormy Monday Blues which is still on youtube. It was several weeks later that we discovered he was an imposter).

What touched me most emotionally was without doubt Jo Harman’s performance at The Crawdaddy Club last November. She has an ability to “live” the songs she is so passionate about and to communicate that feeling to the audience. She can also rock it out with the best of them!! I think there has been somewhat of a revival of the blues scene due to a number of younger acts coming on to the scene and bringing a more contemporary version of the genre to a wider audience.

"Our philosophy is to book a mix of well established local blues acts alongside some highly talented young musicians and not to stick rigidly to the old formula."

What are some of the most memorable gigs and jams you've saw? Which memory makes you smile?

It has to be The Rolling Stones concert in Hyde Park last year has to be top of the list for a number of reasons. Generally speaking I do not like big commercial concerts, but the atmosphere was so special with a mix of young and old people from all parts of the world coming together that it was easy to overlook the blatant commercialism. In the buildup we were surrounded by young people who were thrilled to meet us and to hear about our experiences of seeing The Stones at small venues. The memory of a lovely young couple from Italy sitting with us on the grass drinking beer still brings a smile to my face.

Are there any memories from the British Blues boom in the 60s which you’d like to share with us?

The first time I saw The Who was at The Marquee in ’63 along with a girlfriend at the time. We were allowed to go backstage and had to pass the band on the way and being a polite young man I said good evening. Keith Moon’s response was “ Who the f… are you? F… off!” Not a good start to the evening!!

I guess the simple fact that in the early 60’s it was so fresh and full of young energy. Many of those bands were still in school and learnt to play their instruments by feel. It is amazing though that those young guys are still gigging in their 60’s – 70’s, not with quite the same energy, but still with a lot of passion.

I think the future is in good hands especially with young singers like Jo Harman and Goldie Reed carving out their own niche very successfully. I also have the pleasure to work with some fantastic people like Mark Ede who manages both Jo and Goldie, Sue Martin of Roots Around The World, Robert Hokum who revived the historic Ealing  Club and is the founder of the long running Ealing Blues Festival. These guys all do a great job keeping blues alive and at the same time giving the opportunities for new acts to come along.

I hope that the present bunch of highly talented young musicians will be able to move their own version of the blues to a different level. My fear is that many small live venues will not be able to carry on financially. 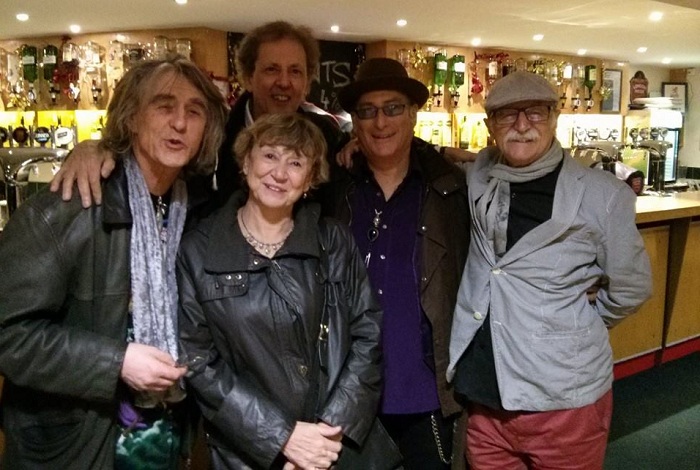 "The most interesting period in my musical life has been in the past 5 years since my work to attempt to revive the Richmond Jazz and Blues Festival and successfully reviving the iconic Crawdaddy Club." (Photo: Martin Turner of Wishbone Ash, Sylvie Rivers, Dennis Astrid Taylor, Simon Burrett and Mike.)

What are the lines that connect the legacy of American Blues with the British R&B and continue to Skiffle?

It was the British bands of the early sixties who popularized American Blues and took it back to America with great success. We may never have heard of Chuck Berry, Big Bill Broonzy, BB King etc if it hadn’t been for the likes of Alexis Korner, Cyril Davies, The Beatles, Rolling Stones, Long John Baldry and many others.

I was fortunate enough to be a regular at the 2 I’s coffee bar where skiffle was first made popular, but I think it was more related to rock’n’roll than the blues.

For talented, hardworking musicians to be able to make a living from giving us live music. That can only happen if the music going public understand that they have to pay for it. I’d like to do away with pubs doing free music nights.

What are your future plans and how you would like to see the Crawdaddy in future?

We would like to carry on with the quality music that our regular audiences expect and at the same time bring in some  younger, more contemporary acts.

We are also increasingly being asked to get involved with music events outside of The Crawdaddy Club and are very excited about working with FAB Festivals to provide the music at The Richmond Fine Food and Ale Festival 23-25 August at Old Deer Park. There will be a great line up of music on two stages, ten hours a day for three days. This is getting close to my ambition for the revival of the Richmond Jazz and Blues Festival which, by the way was the forerunner of the present day Reading Festival. I am not really fully qualified to talk about the music business generally, but it is encouraging to see many Blues Festivals throughout the UK and Europe and new events like Bluesfest at The Royal Albert Hall making blues music more accessible to non-blues fans.

The question is, what is real blues? In my opinion it is all real if played with feeling and passion. We can’t go back to the old cotton picking days. Blues has many genres and it is here to stay!!

Start the day late meeting friends for a few beers at the Devonshire Arms pub in Marloes Road, Kensington, followed by a picnic lunch in Kensington Park and kicking a football around. Back for another couple of beers and a bite to eat before doing the rounds of clubs like The Flamingo, Ronnie Scott’s and finally The Marquee to see The Steampacket with Long John Baldry, Rod Stewart, Julie Driscoll and Brian Auger and The Trinity.