"The genre needs players and fans who will celebrate the genre whether it's fashionable or not."

Minnesota native Tom Feldmann taught himself to play guitar at age 17 after hearing "The Country Blues of John Lee Hooker" and soon developed the rare talent of being able to accurately transcribe the amazing playing of legendary bluesmen Charley Patton, Son House, Robert Johnson, Fred McDowell, Blind Willie Johnson, Mississippi John Hurt and many others. Feldmann released his first CD in 1999, at the age of 21, and began logging countless highway miles touring throughout North America with over 150 shows a year. 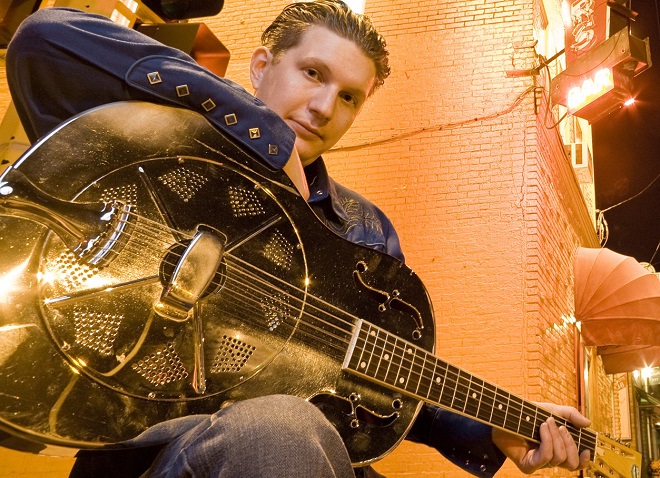 Tom has since released 13 CD's which received rave reviews from top publications. DJ's around the globe have also been extremely supportive, no place more than the UK/Europe where Feldmann has been on top of the Euro Americana Charts numerous times. Tom Feldmann is also an internationlly known instructor with a sizable catalog of DVD's produced by Stefan Grossman's Guitar Workshop and distributed worldwide by Mel Bay. He has opened shows for David Bromberg and David Lindley, performed alongside Corey Harris & Phil Wiggins, Roy Book Binder, Happy Traum and Chris Smither, taught at Jorma Kaukonen's Fur Peace Ranch, and his latest CD, Lone Wolf Blues (2012) was nominated for an Independent Music Award.

First and foremost how to persevere. Country Blues in my lifetime has not really been popular, even within the blues community. It's seen more as a novelty, how things began, but it's not seen as way to carry the genre forward.

I feel called to country blues and strongly believe that it is vital that I play it, teach it, and carry it forward.

How do you describe Tom Feldmann sound and songbook? What characterize your music philosophy? 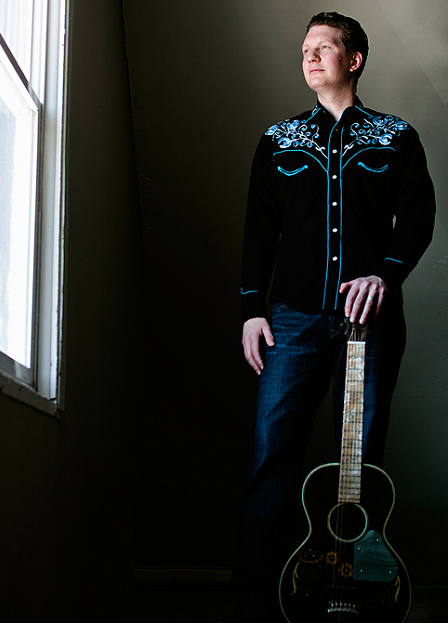 I describe myself as playing Delta Blues and Spirituals.  Which means I favor the styles and artists who played in the Mississippi Delta region as well as those elsewhere who played gospel, hymns and spirituals.

"I hope there's a 17 year old kid who hears this music and devotes his time, energy and talents to it. Just as I did." (Photo by Ilia Horsburgh)

I actually don't think it does specifically. Meaning that myself, and those I've come across, are really interested in anything that comes from a period of time. I favor 1920's-30's blues but I'm drawn to any music of that time period and any movies, pictures, history, etc., from that time period. I've found people are devoted to periods of time which may be fueled by music. In my experience blues fans are typically not solely blues fans and that's great.

Roy Book Binder: "it's better not to play than to be disrespected."

David Lindley: "get the speed in your fingers while your young because then you'll always have it."

Livingston Taylor: "when you get older you will be able to choose which notes are important to play and which ones are not and the people will respect that choice."

The diversity. Each town, each region, each neighborhood had a sound and playing style specific to that area. You could go from county to county, town to town, person to person, and hear completely different styles. You can't even travel country to country nowadays and here that kind of diversity.

I hope there's a 17 year old kid who hears this music and devotes his time, energy and talents to it. Just as I did.

My concern, not fear, is that because there really isn't much of a payoff carrying on traditional country blues that younger players won't stick with it. The genre needs players and fans who will celebrate the genre whether it's fashionable or not. 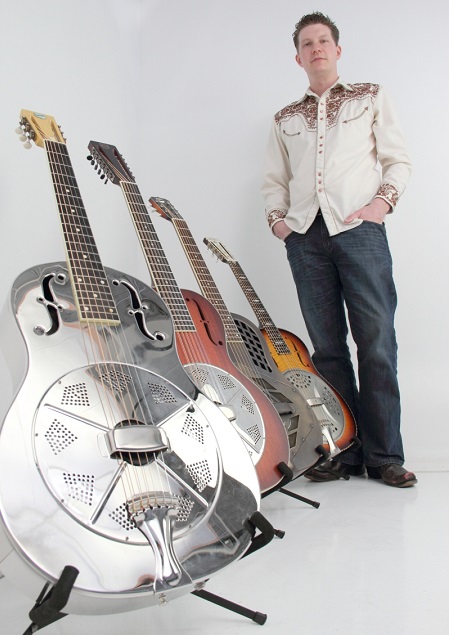 It would be great if the music business wasn't dying.

What are the lines that connect the legacy of Blues with Folk and continue to Gospel and Americana music?

"I feel called to country blues and strongly believe that it is vital that I play it, teach it, and carry it forward." Photo by Douglas DeMuth

Do you know why the sound of slide and fingerpick is connected to the blues? What are the secrets of?

Fingerpicking gives the ability to play bass runs with melody lines, just like a piano player. It's a full sound. Fingerpicks are used for a louder sound.

Slide is used largely to follow the vocal melody line and lots of early blues players used a slide. In 1903 W.C. Handy was waiting for a train at the Tutwiler railway station circa 1903 when he heard a man playing slide guitar with a knife and singing “Goin’ where the Southern cross’ the Dog.” Handy later published an adaptation of this song as “Yellow Dog Blues.” The rest is history.

Seeing Jesus would be up there on the time travel list.