"I'm consider myself lucky to have grown up in the south. Good cookin' and good music!"

If an artist is described as playing Southern music it’s fair to ask what kind. Southern Rock? Outlaw County? Rock n' Roll, Blues, Bluegrass? In the case of Andy Buckner, the answer is “all of the above” in one talented musical package. Buckner absorbed his influences honestly. Born and raised in the mountains of North Carolina, he’s from a long line of musicians and started singing in church at age 4. He knew he wanted to be a performing musician after seeing David Holt play with Buckner’s first cousin Josh Goforth, and became obsessed with trying out every instrument he could find. By the age of 16 he was a multi-instrumentalist playing bass, banjo, guitar, mandolin, fiddle, dobro and more. How do you describe Andy Buckner sound and songbook? What characterize your music philosophy?

I think my music can best be described as Southern Soul music. I love Southern Rock, Outlaw & Traditional Country, Rock n' Roll, Blues, and Bluegrass music. All of these genres can be found within my songs. My hometown recording studio in Asheville, NC stated "If the Rolling Stones and Waylon Jennings had a baby it would be Andy Buckner". So I think that answers your question.

When was your first desire to become involved with the music? Which was the best moment of your career? 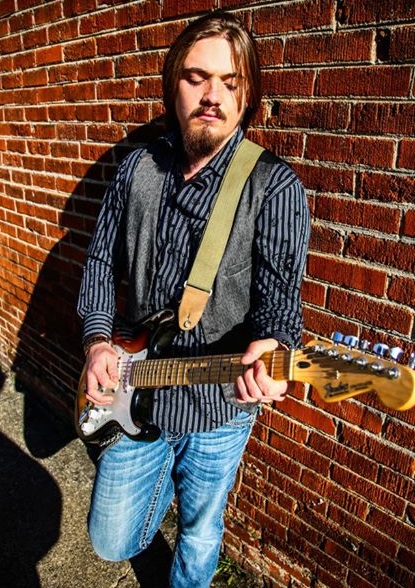 My first desire to be involved with music was growing up around it here in the blue ridge mountains of North Carolina. I've grown up around Old-Time and Bluegrass music. My first cousin and Grammy nominee Josh Goforth has been one of the biggest reasons why I have per sued a career in music. He used to tote be around to bluegrass jams in the back of this old drug store in Marshall, NC where I would watch some of the best musicians jam for hours. That's when the music bug bit me and I've been infected and inspired ever since. Since I'm only 21 the best moment of my career would probably be working on my new solo record with some of my heroes and biggest influences. I've been very fortunate to have some of the best musicians on my first solo record and its been fun creating a sampler of music to give to my fans. This record doesn't really have a story line I just wanted to show my versatility in being a musician, singer, and song writer. This new record includes anything from bluegrass to rock n roll.

I've had some great meetings with many people but I guess the most important was with my personal heroes like Doc Watson, David Holt, Josh Goforth, Charlie Starr of (Blackberry Smoke), Lynyrd Skynyrd, and guys like this. I could keep on listing names but meeting some of my personal heroes and listening mainly on how they grew up, their influences, and what it takes to make it in such a dog eat dog industry. The best advice I've got so far would be to "stay true to myself and the music I create, and keep on keepin' on. Always be willing to help someone who looks up to you." This advice was from my good friend Jason "Rowdy" Cope of (Jamey Johnson).

One of my favorite memories has to be when I met Doc Watson. It was somewhat of a birthday gift from a good friend. I walked in to a living room with Doc Watson sitting on the couch. He said "come on in and sit down son, and let's jam awhile". At the time I was only 16 years old and scared to death to be sitting beside one of my heroes. After about 5 hours of jamming good bluegrass tunes he gave me one of his turtle shell guitar picks. I will always cherish that memory and I'm so glad I got to meet and play with him. This year I will be playing at a festival in the memory of Doc and his son Merle held in Wilkesboro, NC.  It's called Merlefest and its one of the biggest festivals in the United States. I'm really excited to be apart of it along with other names like; Marshall Tucker Band, Bela Fleck, Del McCoury Band, Paul Thorn, and many many more. 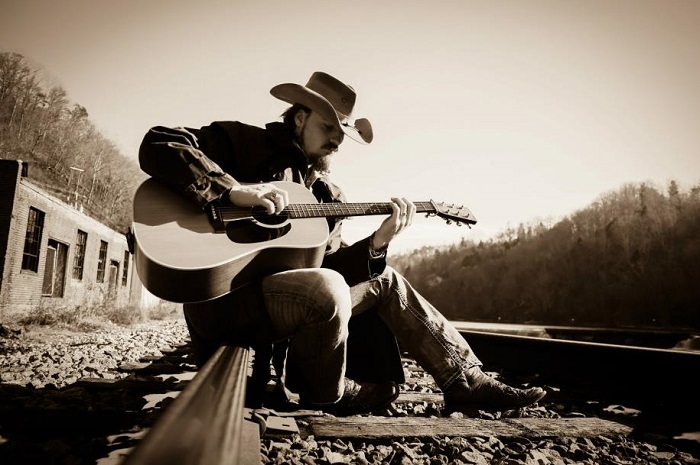 "I think my music can best be described as Southern Soul music. I love Southern Rock, Outlaw & Traditional Country, Rock N Roll, Blues, and Bluegrass music. All of these genres can be found within my songs."

You have a new album has your music changed over the years or have you embarked on new directions?

I wouldn't say my music has changed, but it has developed into my own sound. Like I said earlier I grew up playing bluegrass and I actually made the East Tennessee State University Bluegrass Pride Band as a freshman.  Which is a huge honor, and I'm proud to say I attended. But my bluegrass roots have developed into all my earlier rock, country, and blues influences like Lynyrd Skynyrd, Grateful Dead, Little Feat, Marshall Tucker Band, Allman Brothers, the Band, Wet Willie, Waylon Jennings, Merle Haggard, George Jones, John Prine, and a ton of other great artists and song writers alike. My music is really funky, outlaw, rock and roll. I'm only 21 and I know my song writing will grow in time, so I'm just trying to get better each day at everything I do. I'm really excited about the direction of my new record. It features special guests; Charlie Starr of (Blackberry Smoke), "Cowboy" Eddie Long & Jason "Rowdy" Cope of (Jamey Johnson), Joey Huffman of (Hank Williams Jr.), Rick Richards of the (Georgia Satellites), and Marty Hill of (Preacher Stone). Just the list of guests excites me and I can't wait for the world to hear it!

I miss getting to jam with certain friends back home. Now it is hard to find time to just jam with friends when I know I have to be at a certain gig at a certain time, and place. I hope to grow as a musician, singer, and song writer. I hope to really own my craft, and I want to become a unique household name with what I do. Honestly I can't say I fear anything that the future holds, because anything that is thrown at you, you just have to take the punch and keep moving. You can't fear the future you can only live in it. I just look forward to what the future holds for me and whatever my music may bring to the table. 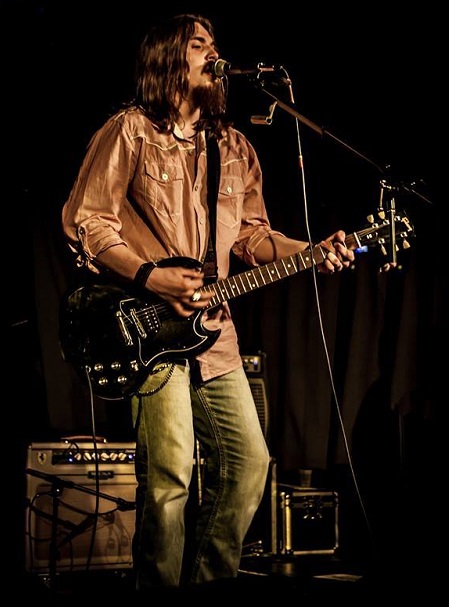 If I could change one thing in the musical world it would probably be just the business stand point. I would want to see more creative artists getting plays on the radio, getting bigger gigs, and things of that nature. I want the world to see the kind of artists I love and respect like; Blackberry Smoke, Sturgill Simpson, Jamey Johnson, and other bands alike.

"I grew up with a love for Old-Time, Bluegrass, Outlaw & Traditional Country, Southern Rock, Blues, Rock and Roll, and even Jazz. All of this makes up Southern Soul."

What are the lines that connect the Blues with Southern Rock and continue to Outlaw County and R n’ R?

Honestly I think the blues has a big influence in all of these genres. I'm a big fan of Muddy Waters and blues guys alike. Most southern rock and outlaw country guys I know respect the blues genre period. I know I personally can relate to a blues song both sad or happy. Thats what makes a good country song if you ask me.

I'm consider myself lucky to have grown up in the south. Good cookin' and good music! How can you beat that? Southern Soul to me is all the influences I have listed in previous questions. I grew up with a love for Old-Time, Bluegrass, Outlaw & Traditional Country, Southern Rock, Blues, Rock n' Roll, and even Jazz. All of this makes up Southern Soul if you ask me.

Lately the growth of my fan base has truly made me smile a lot! It's crazy at the amount of support I've gained in just 2 years of going down the solo career path. I've always been a side guy in the band, and now that I'm doing my own thing, and I'm surrounded by people who love my music, it truly is a blessing.

Which memory from Doc Watson, David Holt, and Lynyrd Skynyrd makes you smile? Obviously when I met Doc on my 16th birthday. The first gig I watched David Holt and my cousin Josh Goforth play was one of the best concerts I've ever been to. Getting to open up for Lynyrd Skynyrd, and looking at the crowd before the show was one of the best feelings in the world.

I would love to have grown up in the early 60's and 70's. To me it was some of the best music that has ever been created, and I would have loved to see some of my biggest heroes on stage.