"You don’t have to be black and/or poor to feel and play the blues. It’s just a question of feeling and love. The blues is heart and not brain music."

Robert “Goofy” Egloff is a multi-talented artist, actor, musician, and educator. He had been one of the cornerstones in the Swiss blues scene and surely one of the genuine masters of the Blues singer in his country. He recorded, shared stage in festivals and toured with Freeway 75, Champion Jack Dupree, John Jackson, Livin' Blues, Golden Earring, Osibisa, Rory Gallagher, Savoy Brown, Johnny Mars, Sunflower Boogie Band, Climax Blues Band among many others. Robert in 1964/66 - leading parts as an “actor” in school and public theatre productions. As acting member of “Badener Maske” a well-established local amateur theatre group. 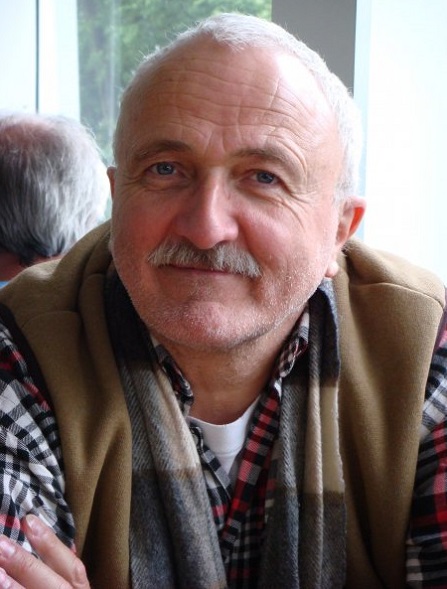 In 1978, he was assistant director, Reed High School theatre production of “Scapino!”, Reno (USA). Next year, Robert was assistant director, Grinnell College theatre production of “Good Person of Szechuan”, Grinnell (USA) and singer and bandleader of “Grinn City Blues”, a 14 men blues orchestra at Grinnell College, Iowa. Early ‘80s, he was director of “Badener Maske”-production of “Scapino!” in Switzerland and director of “Was Ir Wänd” (Shakespeare’s Twelfth night) at Badenfahrt - Robert's musical version with music from the Beatles. 1999/2000 was lead singer of Freeway 75 (1999 edition), with four of the original members. In 2003, start his own theatre group “Theater in Baden” with the directing and performing of Lord Jeffrey Archer’s “Endgame”. Others Robert’s project were: big Christmas play at the local church, “An ideal husband” by Oscar Wilde, Musical based on a comedy by Carlo Goldoni with music from Eros Ramazzotti, “Lady Windermere’s fan” by Oscar Wilde, Christmas play at the local church, “A woman of no importance” by Oscar Wilde, public theatre project in Baden, Neil Simon’s “The odd couple” as a guest director, “Biedermann and the firebugs” by Max Frisch, and “In Matto’s Realm” by Friedrich Glauser. Robert he spends a lot of his time in Greek islands of Ionian Sea.

You don’t have to be black and/or poor to feel and play the blues. It’s just a question of feeling and love. The blues is heart and not brain music. I like a lot of music styles. For example, I’m a big fan of the Beatles, ABBA, Eric Clapton, Eros Ramazzotti, just to name a few. But when I listen to the blues, something very special always happens. It shakes me up and I pretty quickly get tears of emotion in my eyes.

How do you describe Robert Egloff (Freeway 75) sound and songbook? What characterize your music philosophy?

We were a very traditional blues band: eight- and twelve-bar blues mainly. Even though we were described by some journalists as a blues-rock band and by others as experimental, we never saw ourselves that way. We were playing the blues, and nothing else. Of course with the little funny fact, that we had – no not a flute – but a recorder player in our lineup: Bernie!

We played all the blues standards that we liked and were able to play (plus some lesser known blues tunes by black American bluesmen). And then our own songs (most of them are on our long play and three single records, which are all now available on the CD: “Boozed”). The one song we actually played at every gig was “Sweet Home Chicago” as the last song of the show, long before all other groups or singers covered it, for we just knew the Robert Johnson original of that very tune at that time. I don’t think we had a music philosophy. We just played the blues! And sometimes we had the blues, too. 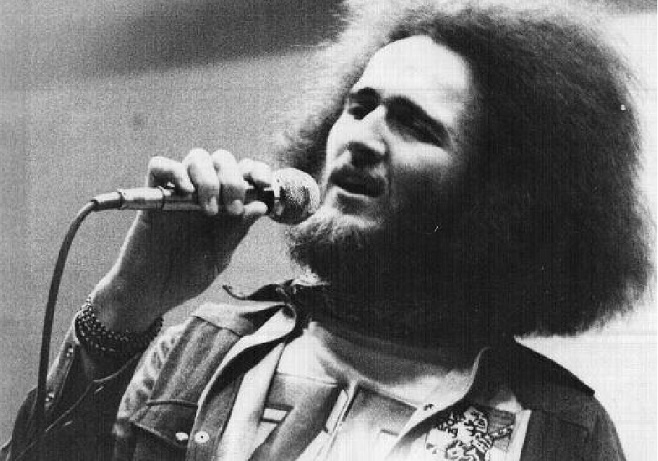 "I don’t really think there is a big difference in the blues today. It always depends, of course, what you call the blues: if every slow song is considered blues, then maybe things have changed. But to me, the blues is the blues (remember the bars…) and that hasn’t really changed."

What were the reasons that made your generation to start the Blues & Rock researches and experiments?

I don’t really know. You’ll have to ask the so called music scientists this question. We were not really an experimental band at all. You don’t have to understand the blues, I think. You have to feel it. It’s heart and soul music.

First of all in our band, Dinu Logoz. He was, even at that early age, already knee-deep in the blues. And he knew (and still knows) how to play the harmonica like nobody else I know. And he knew all the blues songs and artists and everything. He had a very big musical impact on our band. And then, of course, outside our band it was great to get to meet B.B. King, the guys from Nazareth. We played three gigs with Nazareth and on the second evening, they put a bottle of whisky in our changing room. Obviously singer Dan McCafferty thought, it could do good to my voice (which of course was very “light” compared to his). The best advice: “You can play every instrument with your hands or your heart.” Only the second way really counts in blues music. And maybe in every music. 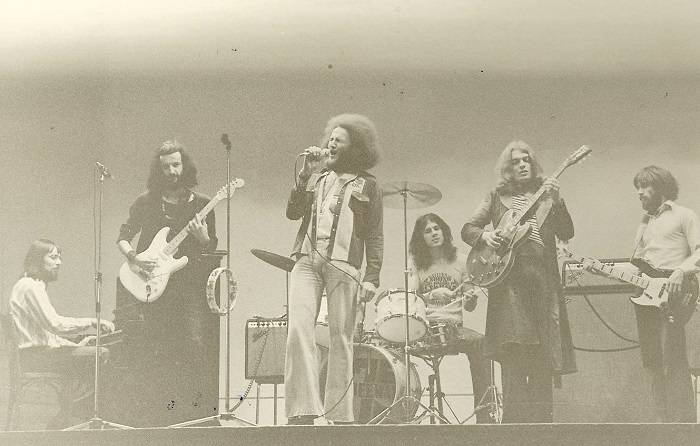 "Well, I always say that the music business is very tolerant: first it allowed people who couldn’t sing nor play an instrument to become DJs and famous. And then it also allowed people who couldn’t sing but rhythmically recite a poem to become stars and rich. Needless to say, that I can’t stand DJ stuff and rap." (Photo: Freeway 75 - Stix, Bernie, Goofy, Philipp, Dinu & Andy)

Well, we were on tour with Champion Jack Dupree in Switzerland. That was quite an experience but it would take up way too much space to tell all the stories here. Just one thing: he arrived about two hours before our first gig together, rehearsed one song with us, told us that we were a great band and disappeared again. The shows went very well (as can be heard on our second CD: “Bad Luck Blues”) except of course that the Champion didn’t care about the bars of the blues and changed whenever he felt like it.

Well, actually, he did care a lot about bars as long as he could drink there and he did that heavily. In Bienne we counted more than 30 beers before we stopped counting.

And then, of course, the trip we took to Florence/Italy around Christmas 1974 to play in a discotheque there for a week. Living in a hotel and performing every night was quite something. And our performances were televised through the whole club too. We felt like stars then.

And the gig in Zurich, when we were supporting act of Nazareth, at that time an absolute top band. We had the audience on their feet with our short concert, while normally supporting acts were quite unpopular because everybody was waiting to see the main act.

And then, of course, our first time in the recording studio in Germany, when we also stayed in a hotel and went recording every day. Everything paid by the recording label. What a special world! 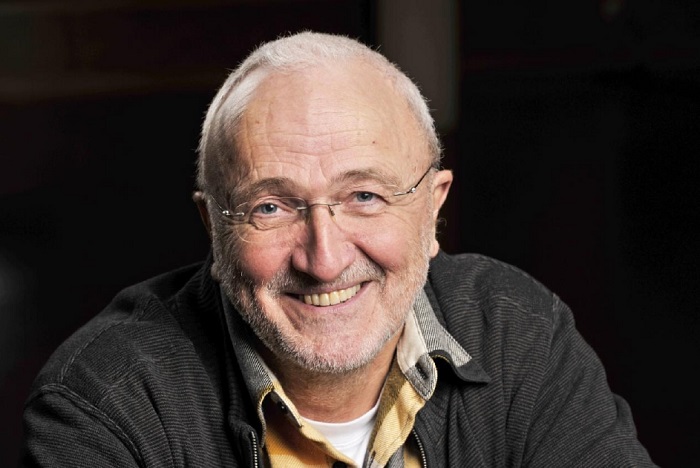 "The best advice: 'You can play every instrument with your hands or your heart.” Only the second way really counts in blues music. And maybe in every music'." (Photo: Robert Goofy Egloff)

I don’t really think there is a big difference in the blues today. It always depends, of course, what you call the blues: if every slow song is considered blues, then maybe things have changed. But to me, the blues is the blues (remember the bars…) and that hasn’t really changed.

Again, I don’t really know so many Swiss blues bands. I don’t follow the scene. But the most successful guy definitely is Philipp Fankhauser. I have listened to his music and I think I know his secrets: He’s been around and playing with good blues musicians in the US, he has great musicians in his band and, maybe most importantly, he really knows how to sing the blues. Singing is crucial. White non English native speaking people have a hard time getting the right groove, accent and phrasing. He has it, I’m not sure whether I ever did.

What has made you laugh lately and what touched (emotionally) you from your stay Greece?

Oh my god! We laugh all the time when we’re in Greece (as we have been for the last 35 years), with and about the Greeks – and the Swiss of course. What really touches me about Greece today is that most of the people that now suffer under the useless Germany inspired saving programs are not the ones that are responsible for the situation Greece finds itself in. Many of our hard working friends in Lefkas just haven’t deserved that.

What is the impact of Blues and Rock n’ Roll culture and music to the racial and socio-cultural implications? 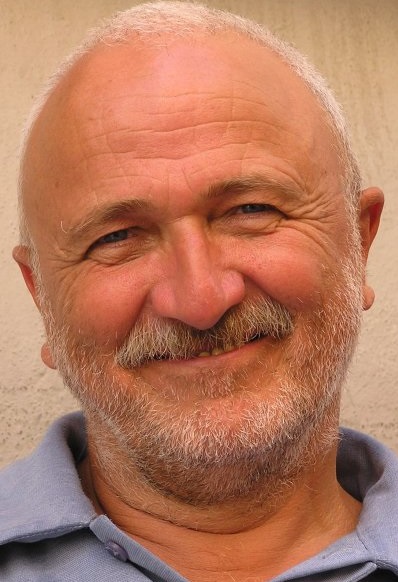 I’ll write that book when I find the time…

Let’s take a trip with a time machine: so where would you really wanna go for a whole day? And why?

One day in the recording studio or on the road with The Beatles, when they were still a band of four close friends that had been growing up together.

I think there must have been a very special atmosphere there and I really would have liked to meet the four guys in person. Sorry for the unbluesy answer, I had to choose between B.B. King and them…