"My fear is that this will become a rarity and all music will be made by computers. If that happens I’ll fucking move to Mars."

DeWolff are a psychedelic rock band from the Netherlands’ deep south, formed in 2007 by brothers Pablo van de Poel on guitar & vocals, Luka van de Poel on drums & vocals, and Robin Piso on Hammond organ & vocals. When their psychedelic yet hard rocking, self-titled EP was released in 2008 it immediately conquered the hearts of rock music lovers all across the country and in December 2008 the band played their first show at Paradiso, a legendary venue in Amsterdam. The release of their 2009 debut album “Strange Fruits and Undiscovered Plants” was followed by a successful tour through the Netherlands and Germany. In 2010, then still aged 15, 18 and 19, DeWolff played in front of an audience of 10,000 at Europe’s oldest festival Pinkpop. In 2010 DeWolff recorded their second album “Orchards/Lupine”. 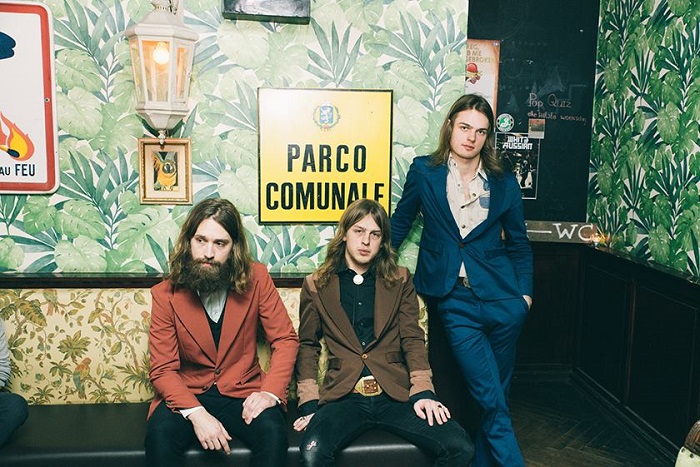 A film crew had followed the band from the release of their debut album until the Sziget performance and in May 2012 the resulting documentary “DeWolff” was premiered at the Amsterdam International Documentary Festival. One month later DeWolff’s third studio album, entitled “DeWolff IV”, was released. As well as some electrocuted, hard rocking tunes, this album also featured a twenty-minute rock opera. DeWolff’s live reputation grew bigger and bigger and their highly energetic concerts, which by now had lead them to Europe and even Australia, proved DeWolff to be one of the best and wildest live bands in their league. In search of the sexy Southern swagger to be heard on those old Southern Rock and soul records that by now had become a great influence on DeWolff’s new material, the band travelled to Valdosta, Georgia in early 2014 to record their next album 'Grand Southern Electric' with Grammy award-winning producer Mark Neill.

What do you learn about yourself from the acid rock & blues culture and what does the blues mean to you?

Acid Rock isn’t really that big of an influence for us. Blues rock is; I think all the music we listen to could be described as blues rock. There’s all these guys in the 60’s that listened to old blues records and did something completely new with it. And these ain’t no baby steps; these are huge leaps! Music changed radically. I don’t think music has ever evolved so fast as in the period between 1965 and 1975 and even today that is very inspiring. What we learned from that is that an individual’s approach to music makes it unique. Eric Clapton might wanted to sound like BB King but he didn’t: he sounded like Eric Clapton. That’s because he approached this music in his very own way, he made it heavier and just followed his gut feel and it turned out to be great. We don’t care if music is “hip” or not, we just follow our hearts. We are influenced by a lot of bands from the 60’s and 70’s but we don’t try to copy their sound or anything. The music we play comes out naturally.

How do you describe DeWolff sound and songbook? What characterize band’s philosophy?

Our sound and songs have changed a lot over the years. We started out just jamming. We’d have a riff and we’d play it until we were bored and then we decided there should be some lyrics and than back to the riff. At one point we really felt a strong urge to write actual “songs”, you know; ones with a verse, chorus, bridge, etc. We tried that, in our own way, and we really like the albums that these songs are on. But when we wanted to play them live it just didn’t feel right. Then we got a big new inspiration; Southern Rock. We started listening to Leon Russell, Little Feat, Allman Brothers and after a while these influences could be heard in our playing. We had grown as instrumentalists and songwriters and then Grand Southern Electric was written; it’s the perfect balance between riffs, songwriting and lyrics. It’s Southern Rock meets Psychedelic Rock, or whatever you wanna call it. And now we’ve recorded a new album; ROUX-GA-ROUX and this we consider our ultimate work to date! We recorded it in our own studio on analog tape and it’s filled with electrifying riffs, nasty grooves and psychedelic sound effects! 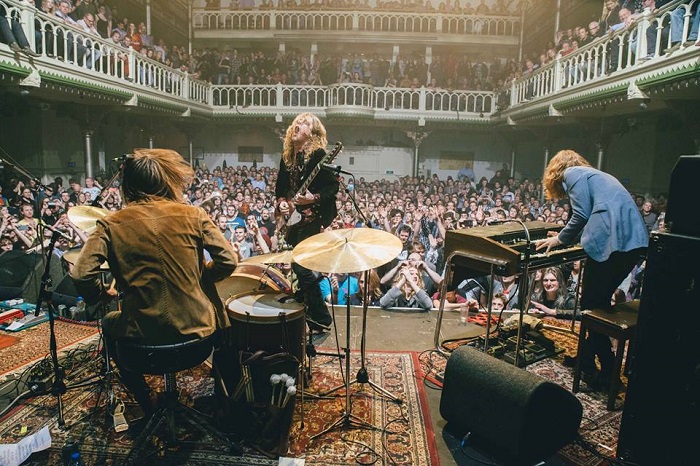 "I’d go to Los Angeles on a Friday somewhere in 1970, to London somewhere in 1967 or to Muscle Shoals, Alabama on a Tuesday in 1968… Hmm, I don’t know yet. I’d definitely stay the whole day, maybe even a week, baby!" (Photo by Melanie Marsman)

Oh man, there’s so many of ‘em! Somebody should have filmed it all; it would be a 5-hour long comedy movie! Like this time we played in a church and then suddenly the stage was full of piglets, then we heard the voice of God say something in French and all the piglets turned into pickles. The funny thing is that if you lick them, they turn into T-Shirts. So we licked all of the pickles (except for one) and sold these T-Shirts at our merchandise stand.  The remaining pickle we sent to a museum and we got a lot of money for it. Then some guy from Argentina stole it and invested in a company called Rubber Yacht. It wasn’t a success and all the money disappeared. It was hilarious!

What I miss very much is bands with musicians that have a unique sound, technique or some other unique quality. Musicianship is a craft and I can get great pleasure out of listening to a “musical craftsman”. Someone like Peter Green for example; you hear him and you instantly hear it’s Peter Green because he has this amazing tone, phrasing, technique, everything. Nowadays a lot of musicians (definitely not all of them) seem to master their instrument for only 50%: the other 50% relies on effects, digital editing, metronomes, backing tracks, samples… Take all of that away and there’s not much left! What I miss is a couple of guys picking up an instrument and playing their hearts out and just making great music together! My fear is that this will become a rarity and all music will be made by computers. If that happens I’ll fucking move to Mars.

Make an account of the case of blues rock in Netherlands. Which is the most interesting period in local scene?

A couple of years ago things in The Netherlands really didn’t look that well, band-wise. Now there are actually a lot of cool bands around in the Netherlands! De Staat, Maison Du Malheur, Breaking Levees, Joe Madman & The Sidewalkers, Jett Rebel, Birth of Joy, Texas Radio, they are all very different bands but they’re all very cool and they all understand the power and soul of music. 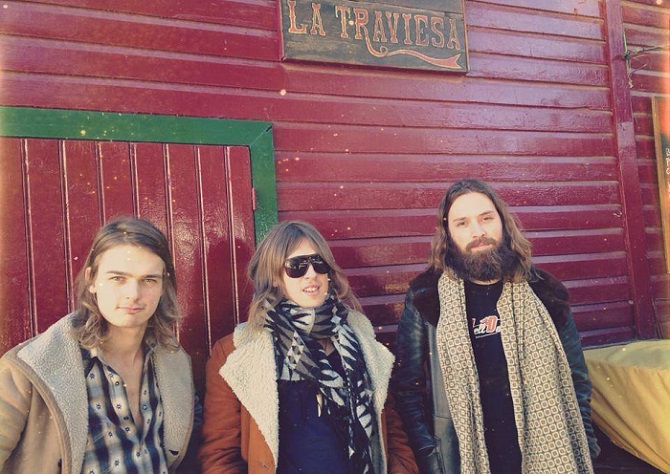 "We don’t care if music is “hip” or not, we just follow our hearts. We are influenced by a lot of bands from the 60’s and 70’s but we don’t try to copy their sound or anything. The music we play comes out naturally."

What are the lines that connect the legacy of Blues with Acid Rock and continue to Southern Boogie and beyond?

Disco, baby! Oh wait… I don’t think musicians really care if they’re making Acid Rock or Southern Boogie or Acid Disco Minimal Doom Psych Kraut Fusion Blues Core; it’s labels that are being put on them so that people in a record store or online have some kind of idea of what the music is about. And it’s cool because it’s handy, but I don’t think there are very strong boundaries between all the music I love. I mean, there obviously is a big difference between The Band and Led Zeppelin, for example, but even these two bands come from the same thing; blues. And blues for me is not thinking about clever marketing, money, being rich and famous, but just grabbing a guitar and play the motherfucker.

What is the impact of psychedelic rock & blues music and culture to the racial and socio-cultural implications?

Back in the day I think it really connected people from all kinds of different backgrounds; white people, black people, everyone. But in the end it failed because everything, also music, was separated again. You know; rock music for white people and Hip Hop music for black people. It’s a pity because we could all learn so much from each other, and again all of this music has one origin: the blues.

I’d go to Los Angeles on a Friday somewhere in 1970, to London somewhere in 1967 or to Muscle Shoals, Alabama on a Tuesday in 1968… Hmm, I don’t know yet. I’d definitely stay the whole day, maybe even a week, baby! 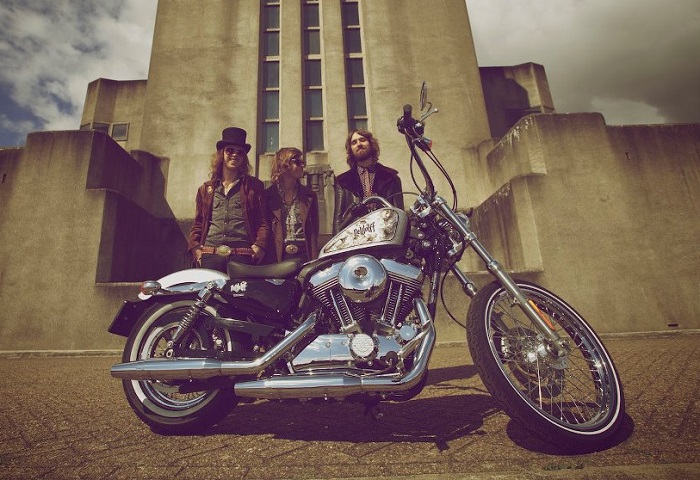