"In a time machine I would like to go back to the 70’s when music was real music."

Redbone is a Native American/Mexican American rock group that was most active in the 1970s. Originally from Coalinga, California, brothers Patrick (bass and vocals) and Candido "Lolly" Vasquez (guitar and vocals) moved to Los Angeles in 1969 to form the group Redbone. The name Redbone itself is a joking reference to a Cajun term for a mixed-race person ("half-breed"), the band's members being of mixed blood ancestry. The band referenced Cajun and New Orleans culture many times in their lyrics and performing style.

Pat and Lolly, who were a mixture of Yaqui, Shoshone and Mexican heritage, had previously performed and recorded under the stage surname Vegas, in part to downplay the Latin American association of their birth surname, Vasquez. According to Pat Vegas, it was Jimi Hendrix - himself part Native American - who talked the musicians into forming an all-Native American rock group, and they signed as the band "Redbone" to Epic Records in 1969. The band then consisted of Pat Vegas, Lolly Vegas, Peter DePoe and Robert Anthony Avila, a Yaqui-Chicano, better known by his stage name Tony Bellamy. Their debut album Redbone was released in 1970.

Redbone played primarily rock music with R&B, Cajun, Jazz, tribal, and Latin roots. Their first commercial success came with the single "Maggie" and two other hit singles followed - "The Witch Queen of New Orleans" and "Come and Get Your Love". In 1973, Redbone released the politically oriented "We Were All Wounded at Wounded Knee", recalling the massacre of Lakota Sioux Indians by the Seventh Cavalry in 1890. The band's current remaining membership is led by Pat Vegas. Prior to forming Redbone, Pat and Lolly Vegas released an album in the mid-1960s entitled Pat & Lolly Vegas at the Haunted House. Pat and Lolly also released several singles from 1961 to the mid-1960s. Redbone was inducted into the Native American Music Association Hall of Fame in 2008. Pat talks about the Redbone's movement.

How do you describe Pat Vegas sound and progress, what characterized Redbones philosophy?

My vision was putting chord changes to Native American Chants, along with the arrangement of the instruments and vocals I’ve (to simplifying) what we did with Redbone. All the intricacies are there but they are just subtle... I guess that comes with age and wisdom. 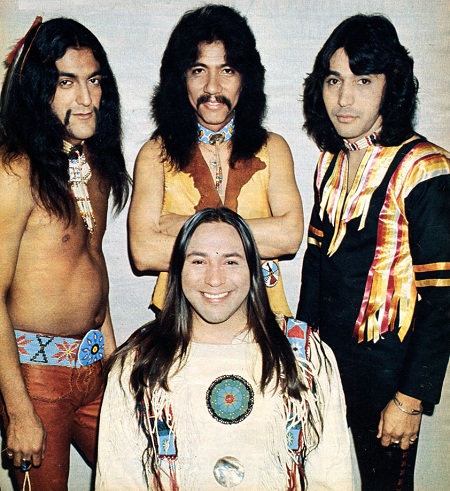 "Redbone wasn't just a rock n roll band; we were a movement."

Why did you think that the Redbones music continues to generate such a devoted following?

Probably because our fans are and were sympathetic to the plight of the Native American. The sound we put together represented that. Redbone wasn't just a rock n roll band; we were a movement. Standing up for ourselves. The day of Earth's stood up! And we wanted to reach a larger audience.

Without reservation and Royal; Albert Hall, Madison Square Garden, Earthday in Philadelphia. To end the war in Viet Nam 250k people at the Washington Monument Concert at night.  A concert at Holmsburgh Prison for death row. And opening for Marvin Gaye at the Forum.

The best experience of my life to date is my births children and meeting their moms. The best and worst times of my career were having the number one hit with Come and Get your Love and the passing of my brother Lolly being the worst.

Meeting Clive Davis and Gooddard Lieberson were game changers but playing with Little Walter and touring was the best. 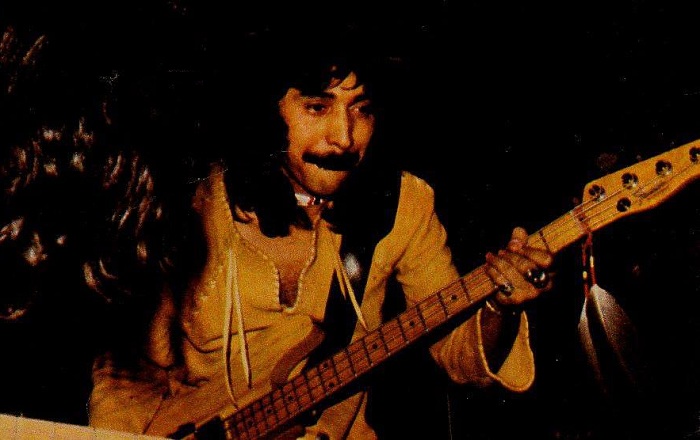 "My vision was putting chord changes to Native American Chants, along with the arrangement of the instruments and vocals I’ve (to simplifying) what we did with Redbone."

What are the lines that connect the legacy of Rock with Soul / Funk and continue to Cajun and Psychedelic?

What connects it all is the One Musical bar that was created by Redbone that bar was shown to me by Henry Mancini at a dinner party event for Sammy Davis Jr. Mancini wrote it down for me on a placemat!

How has the music industry changed over the years? Do you believe in the existence of real music nowadays?

Record Labels going out of business, the personal touch that we had with those large record labels was the best. They treated you right. Nowadays you have to do it all yourself. If you don't know what your doing you could lose your ass and your AXE. That’s why I’ve started the REDBONE FOUNDATION, (a nonprofit org) which will guide and mentor Native Musicians from everything to recording, engineering to copy write and contracts. I’d love to tell you more about that later. I just tell you this much, the headquarters will be located in North Hollywood, CA. Universal City, in a Historical Landmark. If anyones interested in finding out more info on the Redbone Foundation we can be reached.

In a time machine I would like to go back to the 70’s when music was real music. "Nowadays you have to do it all yourself. If you don't know what your doing you could lose your ass and your AXE."

I’d have to say that Redbone, Pat Vegas, Lolly Vegas, Peter Depoe and Tony Bellamy and their contributions are what have left a Native American mark on music and the world. Before us there was only chanting. To be Native American today I think means to walk in Peace. With our heart soaring like the great hawk.

My son handing me his CD of original music he had written and produced that I had no previous knowledge of. When I heard it made me smile and feel good about the fact that my son. (PJ Vegas) had that much talent and had never said anything. It made me very proud.

How started the thought of Chance to Have it All Show? What is the relationship of new generation with old days of rock?

Me and my friend Acela got together and came up with an idea for a radio show based on a Native American, theme... We would play early and new Redbone and showcase upcoming Native Artists. We called it Chance to Have it All after the title song of the same name on my new solo CD "SPEED OF SOUND" available on cdbaby.com. We saw it as giving artists a chance to have it all by putting them on the radio and helping them make it in the industry. The show begins with a chant from my song “Clouds in my sunshine from the Turquoise Eyes album. It’s been recently rereleased on Barnes & Noble. We took it to KCLA FM and they wanted it. We started with a half hour show and now it’s gone to an hour due to the huge response in the United States and Europe, and now GREECE!!!