"I learnt respect from the Blues. The Blues is everything to me, life itself."

Paul Lamb is known by aficionados and music press around the world as a foremost blues harmonica exponent, forging himself a place in the history books as one of the greatest players of our time. Countless awards have been won by him & the band. He has sold record-breaking quantities of albums and performed around the world. Having been inducted into the British Blues Awards Hall Of Fame, Lamb continues to bring his infectious brand of soulful blues to his fans around the globe. He was born in Blyth, Northumberland UK, and began his illustrious career at the tender age of 15. Struggling against the tide of local un-employment and economic depression, he took to the road working the club scene around the UK, paying his dues in the time-honoured tradition of the blues. At the age of 20 he represented the U.K. at the World Harmonica Championships, leading to a spell of working with his mentor, Sonny Terry. The following years ensued, seeing Lamb performing with Buddy Guy, Junior Wells, Brownie McGhee, and countless other blues greats. However, the need to write and express his own music gave birth to the Blues Burglars, the first incarnation of the King Snakes. As the young harmonica virtuoso became more focused and confident of his abilities, a new band line-up was an inevitable and Paul Lamb & the King Snakes were born. Despite his dedication to his touring band, Paul Lamb has also enjoyed considerable success in other musical fields. His unique harmonica skills are constantly in demand by others, like Pete Waterman, Mark Knopfler, The Who, Rod Stewart, and Jimmy Nail amongst others. The BBC have contracted him on many occasions to score and perform various TV soundtracks, and his harmonica playing can be heard on many a television advertisement. In addition to TV, he has also had his music featured in 3 motion pictures. Wherever his career may lead, Lamb has been instrumental in keeping the blues alive. Paul Lamb stands beside a small number of American counterparts (close friends such as Kim Wilson, Rod Piazza, Jerry Portnoy, & Charlie Musselwhite) as an equal in every sense, and as a testimony to the standards that most young harmonica players can only allude to. He bears this talent with both humility and grace as one of the last of the old-school, a true gentleman of the blues. Paul Lamb & The Kingsnakes new album Hole In The Wall, released June 2014.

I learnt respect from the Blues. The Blues is everything to me, life itself.

How do you describe Paul Lamb’s sound and songbook? What characterize your music philosophy?

My sound is honest and true. I play what I feel and feel what I play. "The harmonica is a small instrument with a huge sound (in the right hands!). It is very transportable and also relatively cheap to buy. The old masters played with their heart and soul giving the music a real depth and quality. For me the harmonica is a vehicle to express my inner most feelings."

Meeting up with Sonny Terry in the 70’s. He told me just to be natural; he was and still is my inspiration.

In the early 90’s I was invited to play with The Notting Hill Billies, one of Mark Knopfler’s bands. The other was being signed up to Pete Waterman’s label and having a hit in the UK charts with “Harmonica man”. The Blues works in strange ways as I recently played with a heavy metal band “Volbeat” on their last album.

I do not miss any of it as I don’t believe it has gone away. I am 60 next year and I have done pretty well with playing the Blues for over 45 years. The Blues will take care of itself, I don’t fear for it at all.

More exposure for the Blues in the media. The kids today are feed with all the hip stuff and too many reality shows such as X factor. Maybe by showing the younger generation how the Blues gave birth to Rock & Roll then they will be able to enjoy all the different genres of music. 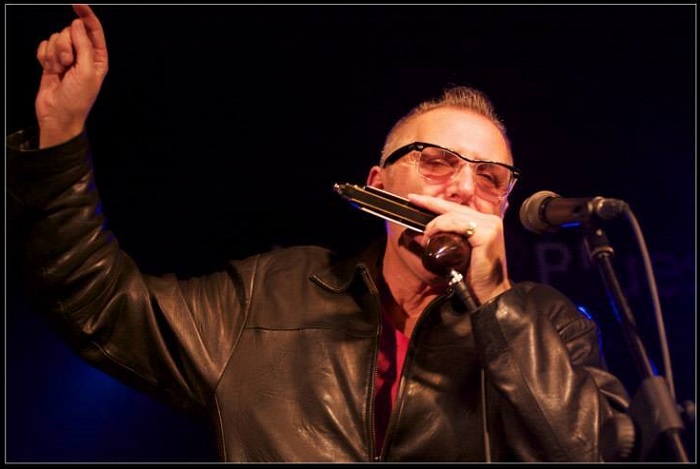 "Meeting up with Sonny Terry in the 70’s. He told me just to be natural; he was and still is my inspiration."

I played with Buddy Guy & Junior Wells in the 80’s at Dingwalls in London. After the show we were all invited to a party. As you can imagine Junior had had a few drinks and was “very happy” ….so happy that he left his shoes in the dressing room & walked barefoot (in the UK winter) to the party.

Being around Sonny Terry & Brownie McGhee was such a thrill for me that I always smile thinking about them.

With the King Snakes on the road we are always laughing, the most recent was I forgot to pack a spare pair of underpants, so I washed them but didn’t have time to dry them, so sitting in the tour bus with my boxers drip drying was a very funny sight to see.

Being given numerous awards from around the world and then being inducted into the Blues Hall of Fame …that touch me & I would like to say a hug big thank you, to all who have ever voted for me.

What are the ties that connect the legacy of 60s Brit Boom with your era and continue with Ryan Lamb Jr. generation?

Ryan in the same way listened to Magic Sam and then started his own journey finding his own style. That how the different generations link up ...it is all handed down for anyone to find their own path. "I do not miss any of it as I don’t believe it has gone away. I am 60 next year and I have done pretty well with playing the Blues for over 45 years. The Blues will take care of itself, I don’t fear for it at all." (Photo: Paul & his son Ryan "Junior" Lamb)

The harmonica is a small instrument with a huge sound (in the right hands!). It is very transportable and also relatively cheap to buy. The old masters played with their heart and soul giving the music a real depth and quality.

For me the harmonica is a vehicle to express my inner most feelings.

Oh my so many things to choose from.

Take me back to Chicago 1953, so I can visit Muddy, Little Walter, Willie Dixon, Freddie Below & Jimmy Rodgers. Then have a long chat with Leonard and Phil Chess who were the founders of Chess Records.

Then along to the Blues Summit of 1940 with Sonny Terry, Blind Boy Fuller, Sam Hopkins, BB Broonzy & Big Joe Williams…. That would be so cool to play with these guys. 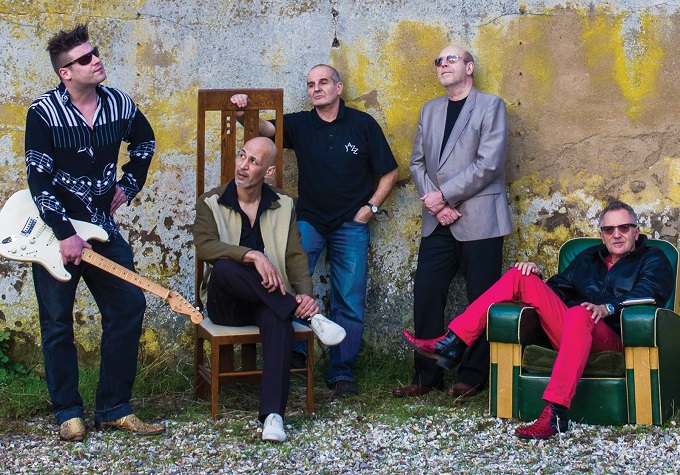