"I realized how much we have in common from our passion, struggles, heartbreaks and love. The blues express those feelings the most."

Greg Sover is starting out 2018 on all cylinders! Greg’s new EP Jubilee released on January. Jubilee is the follow-up to the critically acclaimed Songs of a Renegade, Sover’s 2016 debut album, which put him on the map and announced that he is one of the top emerging blues artists in Philadelphia and beyond. Sover has gotten airplay not only on his hometown station, WXPN in Philadelphia, but on blues radio around the country and around the world. Sover’s success is due in large part to his band of three Philly veterans with extensive resumes – bassist, musical director and co-producer Garry Lee, guitarist Allen James and drummer Tom Walling. The three are best known as Deb Callahan’s solid backing band. He has been influenced by artists in multiple genres including Bob Marley, Stevie Ray Vaughn, Dwight Yoakam, Jay-Z, Gary Moore (Thin Lizzy and others) and Jimi Hendrix. 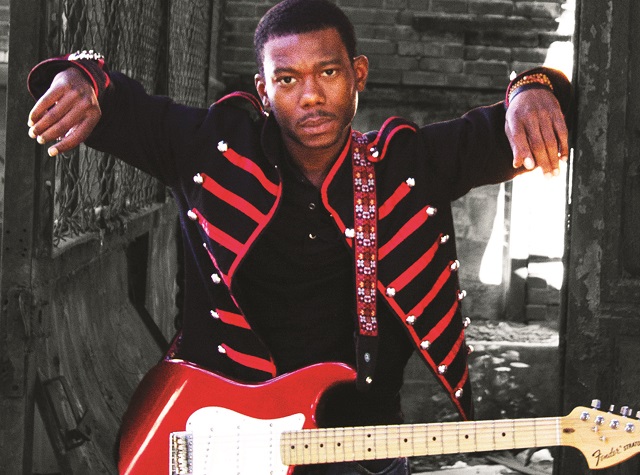 Sover got his first spin on WXPN in 2016. Philadelphia’s influential noncommercial Triple A radio station featured the song “Moment” from Songs of a Renegade. He also was invited by WXPN’s Helen Leicht to be a featured performer on the station’s annual Philly Local Home for the Holidays recording session that they aired. Sover’s early success is due in large part to his band of three Philly veterans with extensive resumes – bassist and album co-producer Garry Lee, guitarist Allen James and drummer Tom Walling. The three are best known as Deb Callahan’s solid backing band and their cohesiveness as a unit enabled Sover to develop as an artist and take his music to the next level. They recorded Songs of a Renegade with him and also perform with him live. In addition to the 4-piece band, which features Sover on electric guitar, Sover also plays acoustic guitar in a duo format with Lee and a trio format with Lee and James. This flexibility enables him to perform in almost any setting for various audiences and he looks forward to doing more shows and touring in 2017.  Sover became fascinated with the guitar at age 13. His father taught him the French song “La Maladie d’Amour” and Sover took it from there, teaching himself guitar, songwriting and finally singing. He first gave notice that he is on track to be the next big thing out of Philly when he won the 2015 Hard Rock Rising competition at Philadelphia’s Hard Rock Cafe.

What are the reasons that you started the Blues and Rock researches and experiments?

I grew up on Blues and Rock, it’s just part of who I am and comes from deep within my soul.  You can’t fake this type of music.

I realized how much we have in common from our passion, struggles, heartbreaks and love. The blues express those feelings the most.

Blues is the seed of all music connections. Without the Blues, there would be no other Genre.

How do you describe Greg Sover sound and songbook? What characterize your music philosophy?

I don’t want to put my music in a box because as an artist, I want to be free to express what’s deep within my soul. Of course our focus is on the Blues, but I’m always coloring outside the lines. I do feel that my music is a bit retro, straddling the classis blues with the present. 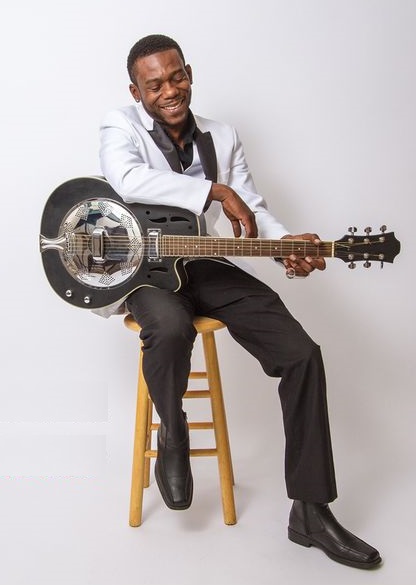 How do you describe JUBILEE songbook and sound? Are there any memories from studio which you’d like to share?

Blues to the extreme – you can hear elements of traditional Blues in each of our songs.  Stories of going through some form of heartbreak – loss of someone, loss of love.

Setting up the amps on “As The Years Go Passing By; Mike Tarsia connected a Fender blackface into a tweed Vibrolux for a sweet sound, pure magic.

What touched (emotionally) you from acoustic sound and resonator?

The sound of the resonator is pure vintage that connects me to the past.  As I’m writing my songs, I begin to get a feel for the type of guitar that best represents the song; electric, Acoustic or Resonator.

I feel that my views of the world and how I fit into it, blend into the blues and rock culture.

My dad who offered me my first guitar. I always admired his guitar playing and appreciated that he took time to teach me. Best advice: “Love what you do”

When starting out, I was performing at a local lounge and after performing, the host reminded the audience of my name and there was a huge roar of appreciation. That roar is what I chase and it keeps me going.

We’re not allowing songs to mature and become classics. I hope that some of my songs will become everlasting, like those of the great blues players from the past. "We’re not allowing songs to mature and become classics. I hope that some of my songs will become everlasting, like those of the great blues players from the past."

Make an account of the case of the blues in Philadelphia. Which is the most interesting period in local blues scene?

At this time and in the past, there is a very small blues scene is Philadelphia. My goal is to plant the Blues seed deeply into the soul of Philadelphia and supports its growth

What are the lines that connect the legacy of Blues from Marley and SRV to Dwight Yoakam, Jay-Z, and Hendrix?

I really don’t see it as a line but rather, what did I get from each of these amazing artists. SRV influenced my music, Jimi my guitar playing, Jay-Z my Lyrics and Bob Marley with staying true to myself and being socially conscience.

I’m not really sure, but as for my music, I hope it’s used to unite all people, no matter their color, beliefs, etc. I want to share my music with everyone.

Backstage at the Monterey pop festival with Jimi Hendrix. I’d love to know what was going on in his head during the time that he performed. 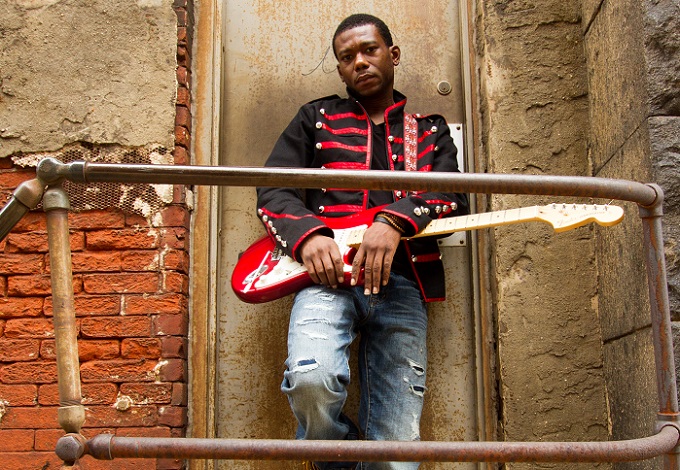