"Playing blues is like moving to another, better world in which I am free from troubles."

Blues Point is an acoustic combination of blues, rhythm’n’blues, funky and rock and roll. The band was set up in Warsaw, Poland in November 2010. The members of the band are: the founder of the group Włodek Sobczak, Mirek Borkowski and Arek Osenkowski. Although the members of Blues Point are not novices on the music market, their debut record “Po Prostu...” was released in March 2012. On the Polish version of the album there are 11 songs written by Wlodek Sobczak, Mirek Borkowski (music) and Monika Sobczak, Wlodek Sobczak (lyrics). There is also one cover song written by Philipp Fankhauser. The album has been played in many radio stations in Poland and it has received a lot of positive reviews. 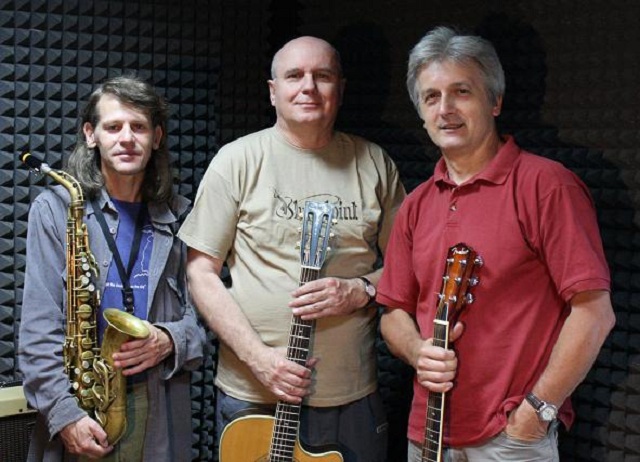 One year later 2013, the band decided to record a English version of the record "Simply Blues" adding two additional songs. Guitarist, vocalist, composer and lyricist Wlodek Sobczak in the past he was a member of Full Light Blues Band which was popular in the 70s. In 2010 he recorded the album "Blues na biało". He is the founder of Blues Point and he composed most of the tracks on the album "Simply blues". He also sang and played the bass guitar, drums and keyboards.

Arek Osenkowski is a excellent saxophonist. In the 90s he played several hundred concerts with the band Funktet. Later he cooperated with many blues bands and musicians. In his career he worked with the famous Polish band Stare dobre małżeństwo. Together they played several dozen concerts promoting their album. He also cooperated with Adam Ziemianin - a Polish poet from Cracow who wrote lyrics for the above-mentioned band. Mirek Borkowski is a excellent, experienced guitarist and vocalist who used to play in Full Light Blues Band. He has participated in many music projects among others the legendary polish group Country Family. He is the author and co-author of some English lyrics on the new album.

How the blues did started revealing its secrets to you?

Mirek: When I was 15 I saw Cuby & the Blizzards concert in Warsaw. That day I felt in love with the Blues.

Wlodek: I can't remember precisely when I heard blues for the first time. I only know it was on the radio. However, I remember when I first had a blues record in my hands and I played it. It was in 1970. My friend got 2 records from his father and we listened to them. Sonny Terry, Brownie McGhee and Lightnin' Hopkins. I still play "Walk on" at jams.

Arek: I got it when I was very young (12-14 years old) from the Holy Spirit. The same with improvisation. At that time I had no idea about the saxophone. I started with the guitar. 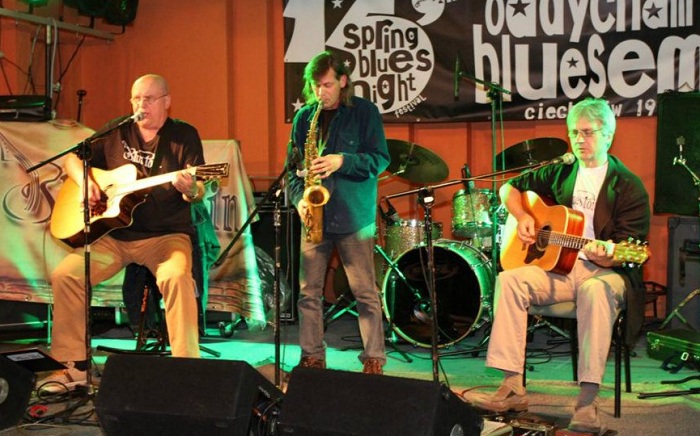 "Blues is niche music. It is usually played by internet and catholic radio stations. That's why young people are not so keen on it."

How does the blues music help re-discover yourself?

Mirek: For me playing blues is like moving to another, better world in which I am free from troubles.

Wlodek: How can we express our emotions? Jumping, shouting, and gesticulating. A playing musician can also express their emotions. Through articulation, melody etc. Blues is the kind of music which gives such possibilities. Thanks to minor sounds we can express love but also pain, sadness. Fast major sounds express joy.

Arek: Blues and music in general is emotions and feelings and it is the most important to me. I am still discovering new sounds - it means new songs and that's what is beautiful about it.

How do you describe your sound and progress, what characterize Blues Point philosophy?

Mirek: We like to play acoustic blues but electric guitar gives more singing sound so we use it quite often.

We have as much joy playing in acoustic trio as playing heavier with bass and drums.

Wlodek: First of all we play acoustic music. Softly and smoothly playing guitars contrast with the rough, loud and dominating saxophone. I think that there isn't too much of saxophone. Arek uses it sensibly. 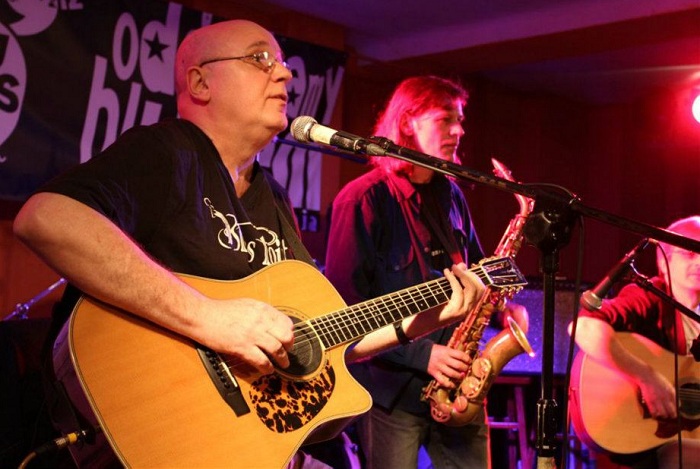 "Singing in local language is a kind of advantage.  Your listeners feel the music and understand what are you singing about. Good lyrics are good lyrics regardless of language."

Wlodek: Some of the songs are based on my experiences. "A new life", for example, is about meeting my wife. We met thanks to the Internet. And that's what blues is about. Real life.

Mirek: Many different kinds of music has its roots in Blues.  Everybody recognize Blues because of its simplicity and great dose of emotions.

Wlodek: I like playing blues. I feel best in it. Blues is evolving and so am I. Now it sounds different. Some people don't like the fact that the original tracks undergo such huge changes. I think its ok. Blues needs modernity and development. Like every branch.

Arek: I have it encoded somewhere deep inside. It's a kind of music drug you cannot stop.

Mirek: I like to jam after gig especially during Blues festival. There is so many musicians you can play with and when you have at the same time on stage drums, bass, guitars, piano, harmonicas and saxophones you can be a part of great sounding machine.

Wlodek: I have lots of memories from concerts, jams, recordings. Most of them are very nice. People react in a very kind way. After concerts they come up, talk, thank, ask for autographs. It's very encouraging. Negative memories are usually connected with technicalities.

Arek: I played the first concert when I was 15 - in 1976. Since that time I have played several thousand concerts at different places. It would take me the whole day to talk about it ... 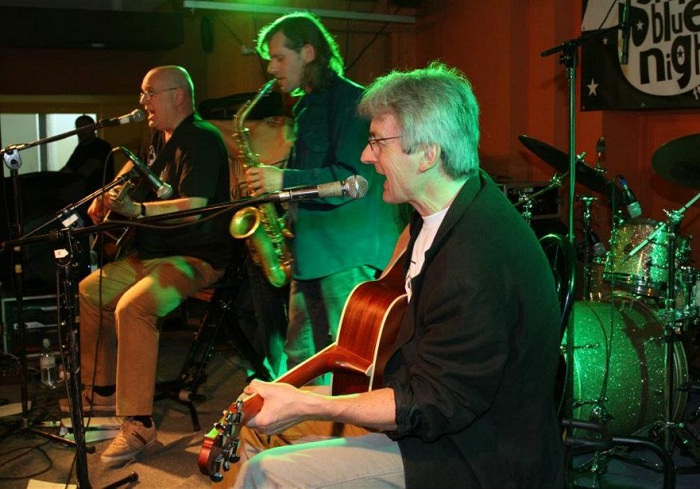 "Blues it is live music and must evolve. In the past there was a voice and simple guitar. Now one has much more possibilities to express yourself. I accept it without any fear."

Why are Europeans so enamored with the blues? How difficult is to make a blues album in local language?

Singing in local language is a kind of advantage.  Your listeners feel the music and understand what are you singing about. Good lyrics are good lyrics regardless of language.

Wlodek: The reasons are the same as in my case. Groove. It's characteristic of blues. About the language, it doesn't matter to me. Maybe it is important for a listener.

Arek: There is some magic in it. As I said a lot of emotion. It attracts and captivates.

The Poles don't have a problem with it and it sounds quite ok. Germans and, for example, Norwegians are in a worse situation. It doesn't sound good but I might be wrong.

How difficult is it to be a blues band in Poland? What are the differences between European and American scene?

Mirek: There are many blues bands in our country. Bad situation in global economy has its impact on music scene. I wish we have more clubs with live music to play gigs.

We in Europe, especially in East Europe, often try to follow what we see in America. I am impressed by so many great musicians in America, much more than in other parts of the world.

Wlodek: Blues is niche music. It is usually played by internet and catholic radio stations. That's why young people are not so keen on it. The other day I was at a concert where most people were about 45. As I said, blues is not played by radio stations. Therefore its popularity is not rising and musicians have a hard life.

Arek: Very difficult. It's first of all passion. You cannot live on it unless you have an uncle on TV. A rift. I mean black blues. They started it and they are by far the best. 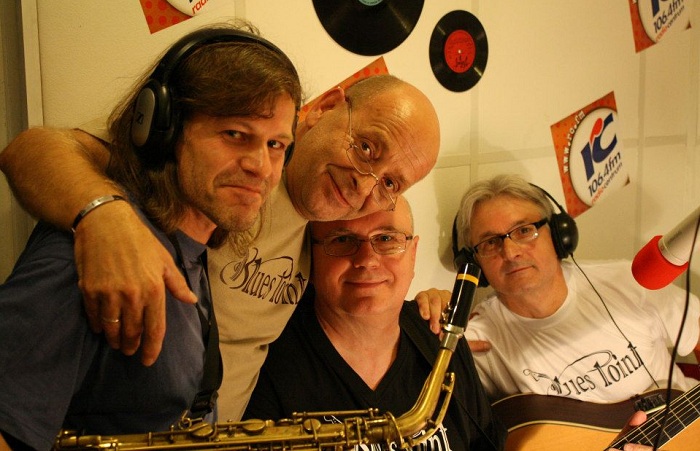 Mirek: Blues it is live music and must evolve. In the past there was a voice and simple guitar. Now one has much more possibilities to express yourself. I accept it without any fear.

Wlodek: I think the mood which was characteristic of this music in the past is not present any more.  Was it created in recording studios? Was it created by musicians themselves? I don't know. I'm wondering why it is so. The atmosphere in a studio can be regained but will we be able to play this way? No idea.

Arek: It's just different. I am a fan of traditional blues with good, strong, natural instruments. I don't like electronics.

The worst things are modern phones and tablets.  Pseudomusicians think that they can record an album in a lift although they are not able to play any instruments and the society is satisfied with anything.

Which memory from Full Light Blues Band makes you smile?

Wlodek: When we think about our young years, we always smile. We wouldn't repeat some things if we could turn back time. But that's what youth is about. One thing that I bear in mind now is the quality of the devices and instruments we used at that time. Today noone would like to use them. We were happy because we simply played. We were just spontaneous. 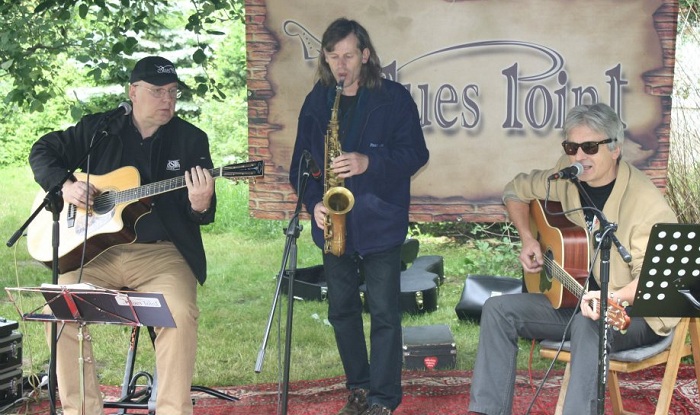 "Blues and music in general is emotions and feelings and it is the most important to me. I am still discovering new sounds - it means new songs and that's what is beautiful about it."

Mirek: The Crossroads Guitar Festival which was held in Bridgeview on July 2007.

Wlodek: I would like to get back to the late 60s to the south of the US. Hippies, that special music: Allman Brothers, Delaney Bonnie and Friends etc.

Arek: David Sanborn - maybe less blues-like but that is what I'm crazy about. His saxophone paralyses me. I can spend eternity somewhere out there.