"Blues is a lifestyle. Blues means 'emotions'. Not only those sad. From my perspective we are born with blues. We cannot learn blues. You can learn only theory of the blues, its history."

Michał Kielak is a Polish blues harmonica musician and producer. Mississippi sax became interested in the age of 15, a year later in 1993 to hone skills in workshops blues Zakrzew. He started his career in 1995. Since 2003 he has been a member of a legendary blues group Kasa Chorych which has 40 years of history. Kielak works with the best Polish blues and rock artists and groups: Cree, Krzak, Śląska Grupa Bluesowa, Ania Rusowicz and Sebastian Riedel. There are more than 60 albums in his discography and he plays more than 100 concerts per year with several musicians.   (Photo by Aga Krysiuk) 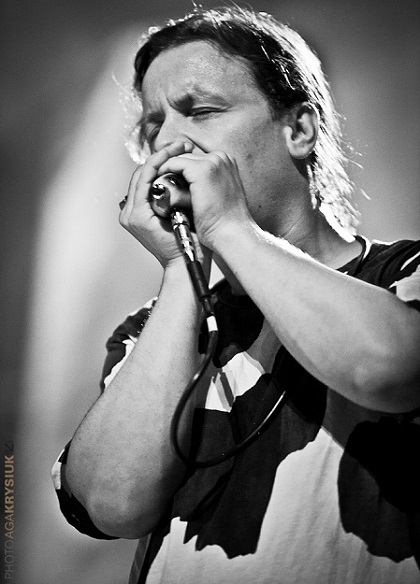 In 2003, together with Jaroslaw Tioskow guitarist and other musicians, recorded tribute to his mentor, Richard "Skiba" Skibiński, the legendary harp player of Kasa Chorych band, recording the 20th anniversary of his death, Michal Kielak - Tribute to Ryszard Skiba Skibiński.

He performs during the greatest festivals in Poland, Europe and USA, for example: Rawa Blues Festival, Suwałki Blues Festival, IBC in Memphis, Blues Fest Eutin in Germany, EBC in France, Monaghan Blues Fest in Ireland. He is a winner of Best Blues Harmonica Player (five times). Michał "Cielak" Kielak is also a record producer. The albums recorded by him were awarded several times: Kasa Chorych, Koncertowo - Fryderyk 2009, Harpcore - Album of the year 2011, Kasa Chorych – Orla – Album of the year 2014.

Blues is a lifestyle. Blues means "emotions". Not only those sad. From my perspective we are born with blues. We cannot learn blues. You can learn only theory of the blues, its history. But you will never learn to play to evoke very high emotions in public. You should be born with that "gift".

What were the reasons that you started the Blues and harmonica researches? What characterize your sound?

That was some kind of "accident". When I was 15, I received a harp for Christmas. And 3 months later I already played in an amatory band. Then I played some concerts, participated into jam sessions. When I was 18, I joined Green Grass band who played concerts and participated into festivals. It is not so easy for me to classify my own music. I'm hearing frequently: "Your sound is amazing". But I know that technically I'm not the best. At the same time, from sound’s perspective I'm feeling good. Maybe the reason is that when I started to play I didn’t have professional equipment. I used microphones and amps which I received. That’s why I needed to establish my own technic to obtain a specific sound. And that’s all about this secret. 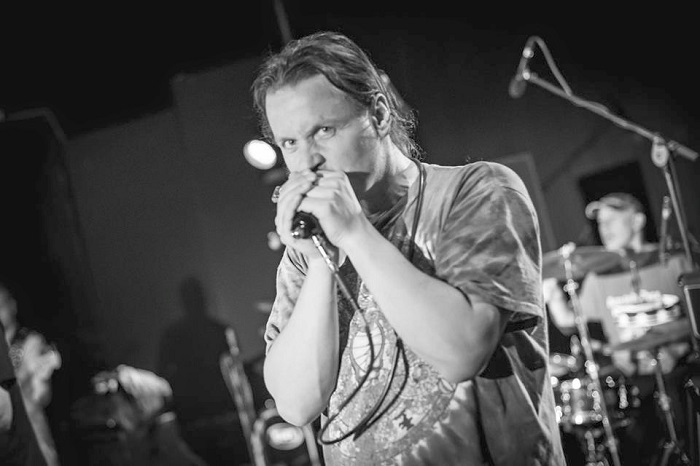 "I would like that music will not be just a product which is simply sold. If all record companies disappear and give music marketplace only for musicians, that would be a real paradise. Auditors could choose what is good and what they don’t want. Now we have exactly the opposite situation."

In 2005 I participated with Magda Piskorczyk in IBC festiwal in Memphis. After a week of hanging out in a blues clubs in Beale Street I had enough of music. In Memphis I met my cousin who lived in NYC and I haven’t seen her from 15 years. I proposed to find some quiet bar where there is no music that we can talk. There was no quiet club in a Beale Street and finally we chosen Rum Boogie Café where one band played not too loud. After few drinks I decided to join this team, thinking that this is a jam session. I played with them some. When I wanted to quit a scene, leader of this group asked me to stay. I was thinking that I know that guy but I cannot remember his name. Then the host of evening resumed: “Ladies and Gentleman, that was Bob Margolin with his band”. So, also accidentally I played a concert with Bob Margolin.

I would like to see live concerts of Muddy Waters or Howlin Wolf from 70's. I like this period of blues music. Electric, Chicago blues. If I should remind another time, it would be Sonny Boy Williamson II, somewhere in a farm in Arkansas. Regarding future, I am not afraid that blues will disappear. There will be always some group of people which need blues, even though blues will never be in a mainstream. I like also when rock bands are inspired by blues music. If this tendency remains, I have no worries.

I would like that music will not be just a product which is simply sold. If all record companies disappear and give music marketplace only for musicians, that would be a real paradise. Auditors could choose what is good and what they don’t want. Now we have exactly the opposite situation. 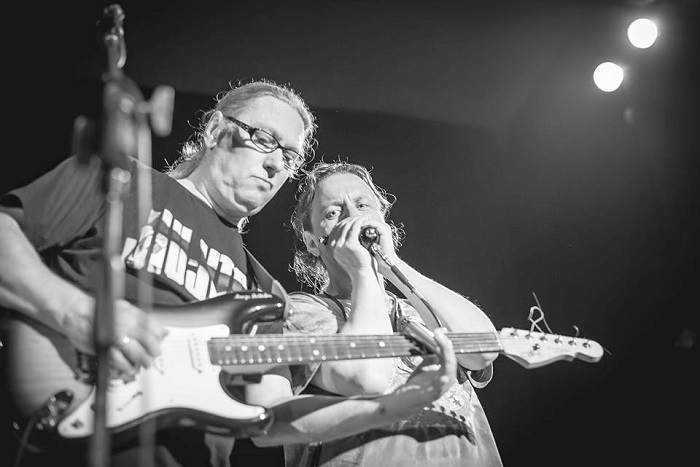 "I would like to move to San Francisco in 60's/70's. To the period of hippie culture. The music I'm hearing the most frequently is rock, blues, folk from 60's. My favorite musician is Jimi Hendrix. But I also like the other band from this time: Canned Heat, Doors, Janis Joplin, Paul Butterfield, etc."

Make an account of the case of blues in Poland. Which is the most interesting period in local blues scene?

First of all – it will be Breakout – the band from years 60's and 70's. That’s the beginning. I am frequently listening their records from this period. In acoustic blues I would like to mention my 3 favorites performers: Paweł Ostafil, Paweł Szymański I Romek Puchowski. The first guy is really authentic but he is playing very rarely. I played with two last guys and I am surprised all the time that man which is not born in a Mississippi can play so archaic and authentic blues.

I also like bands from Silesia. This is some kind of separate country of the blues. The king of Silesian blues is Jan Kyks Skrzek, died at the beginning of 2015. Actually Silesian blues is: Śląska Grupa Bluesowa, Adam Kulisz and Marek Motyka. It is always old Dżem with legendary Singer Rysiek Riedel. In opinion of blues purists, Dżem was not the band strictly blues. But I think it was. This tradition is mainteined by son of Rysiek, Sebastian with his own team, Cree. This is a part of good, blues-rock music. When I was adolescent, I listened Kasa Chorych with Rysiek Skibiński playing on a harp. It was instrumental band, something like Krzak, also one of my favorites.

Today Polish blues scene is not surprising too much. Bands appears and disappears. But I cannot see young band which are impressing me much. I saw Blues Junkers band but I should listen to them live to give more detailed opinion. The last serious debut in a Polish music marketplace was JJ Band. They are playing until now but we cannot classify them as “young band”.

Are there any similarities between the blues music and genres of Polish folk and traditional forms?

No. I am convinced that not. I don’t like Polish folklore. And blues music – inversely. I know that some of Polish musicians tried to mix blues and Polish folk but I don’t think this is good idea. And I don’t want to check this idea. 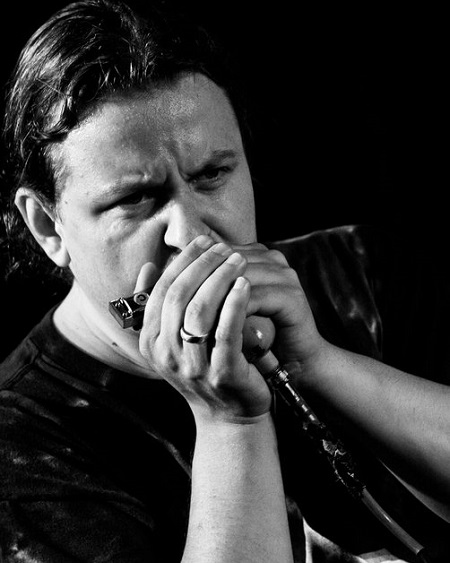 Every time people imitating mega divas and mega stars are making me laugh and then they are disappearing after 2-3 years. Last time I laughed also watching concert of Polish musician who made an impression of being more black than black original musicians That was really funny. For me, the most important is to be yourself and do not imitate nor swagger.

I was very touched by performance of Ania Rusowicz with her project “Flower Power” during festival “Przystanek Woodstock”. I played with them and I observed people from different music worlds playing together to honor singers before 40-50 years. There was huge publics (about 750.000) and performance was really appreciated. That pleases me. When I looked at young people enjoying this music, I was very touched.

Maybe that harp was used in blues from the beginning? Maybe that blues harp musicians plays beautiful blue note at the harp? I don’t know. There is not so easy to respond at this question. The harp is present almost in every music genre. But maybe is associated the most with blues. And maybe also with country music…but this is contribution of western movies.

Actually I think there is no or minimal implications. In the 60's, Paul Butterfield created a band composed from black and white musicians. It was very extraordinary. Today we have very different teams, with different colors of the skin, political and religious opinions. Some time ago there was really shocking when white Elvis sang "black music" and black Chuck Berry didn’t want to ride with white musicians in one bus to play a concert. Now all has changed. At least in Poland.

I would like to move to San Francisco in 60's and 70's. To the period of hippie culture. The music I am hearing the most frequently is rock, blues, folk from 60's. My favorite musician is Jimi Hendrix. But I also like the other band from this time: Canned Heat, The Doors, Janis Joplin, Paul Butterfield, etc. 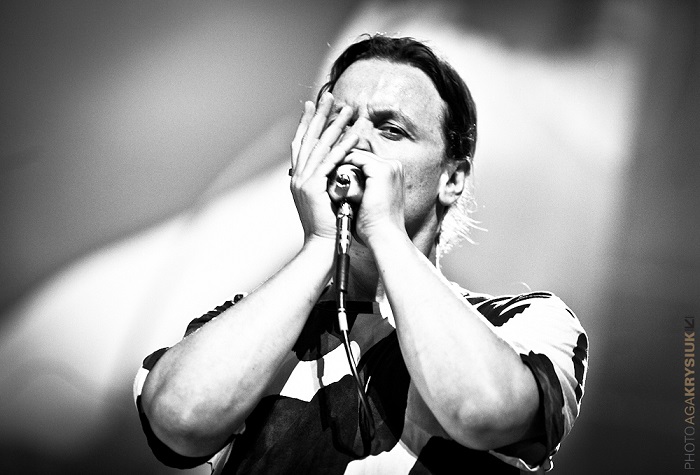