"Blues/ jazz is based on improve which I see as a direct connection between the artist and the spirit mind/heart of the people. The Lakota say music carries the prayers of the people."

Reverend Goat was born David Lee Carson, musician, actor, writer and political activist, has tackled political hypocrisy head on after the devastation of Hurricane Katrina by composing the Grammy award-winning album "City That Care Forgot" for the rock n’ roll hall of famer Dr. John. He has played with the likes of Bob Dylan, Willie Nelson, Eric Clapton, Ani DiFranco, Terence Blanchard and countless others. His musical career reads like a who’s who of American Rock. Carson in 1992 ran for US President with the slogan “We Want Our Money Back!” Joe Walsh was his Vice Presidential running mate. He lost the race to Bill Clinton, but managed to garner 100,000 votes. 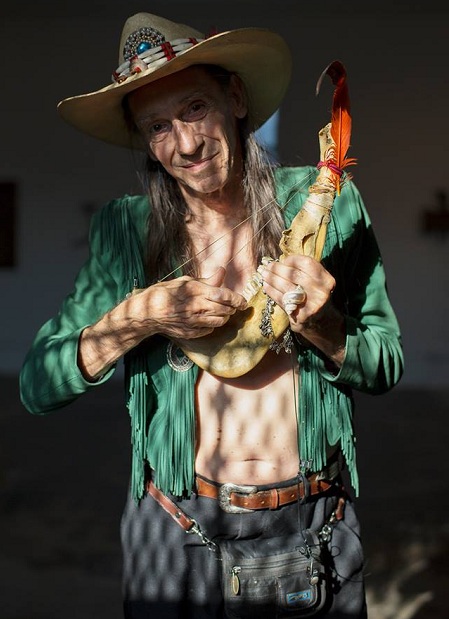 The next year, while performing at the Miccosukee Arts and Crafts Festival, he was recognized as “Wolf Clan” by a Cherokee medicine man who proclaimed “Thou has seen the angels.” Wolf Clan are known as teachers, healers, and have spiritual vocations. Today Reverend Goat Carson continues his work of teaching true history as an Instructor at “The New Orleans School of the Imagination”, promoting tolerance, feeding the soul and celebrating life. In 2008 Goaty won with Dr. John, a Grammy for The Best Album of the Year – in Contemporary Blues for the CD “City That Care Forgot”. Goaty is also featured as himself in both the HBO hit series Treme as well as The United States of HooDoo, a documentary film, which began principal photography is April this year. The film is a road trip to the sources of black popular culture, a journey into the fabric of African-rooted, urban creativity. Rev Goat is featured in a new book by Hans Weisethaunet, called Authenticity Revisited: The Rock Critic and the Changing Real. Goaty has a CD on f.Boo Music "Jamestown to Jonestown" (2011) with special appearance by Dr. John. His latest novel, "Shallow Graves," deals with the soft underbelly of Hollywood society. He is currently working on a sequel to this novel with his son O.K. Carson, entitled "Wormwood Guard."

What characterizes your poetry? What experiences in your life have triggered your ideas most frequently?

My visions which come unexpectedly they trigger my poetry. I believe words a sacred and stories are the root source of ceremonies and archetypes.

What has been the relationship between Blues/Jazz music and poetry in your life and writing?

Blues/ jazz is based on improve which I see as a direct connection between the artist and the spirit mind/heart of the people. The Lakota say music carries the prayers of the people.

Why did you think that the Blues/Jazz and New Orleans culture continues to generate such a devoted following? 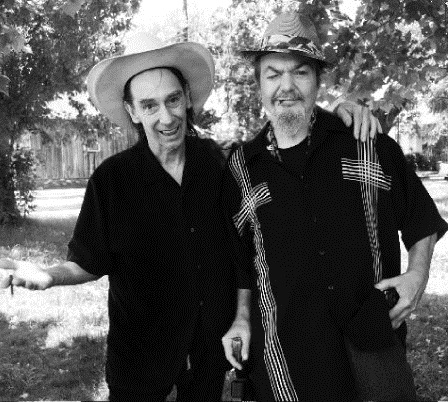 Like Doc says "We got the music to heal the heart".

What do you think was the relationship of music with the Beat generation? What's the legacy of Beats nowadays?

I was a member of the Beat Generation got my start playing blues in coffee houses so I guess I am the legacy you speak of.

I opened for Lightnin' Hopkins at the Attic Window in Houston back in the game. He was my music hero at that time and still is. I was playing harmonica and making up lyrics. After a particularly good lyric Lightnin' stood up and tipped his hat to me. It was the best moment of my life to be honored by my hero.

Are there any memories from Bob Dylan, Willie Nelson, Joe Walsh and Dr. John which you’d like to share with us?

I went to Kinky's (Friedman) room the flood and he was calling our friends to see about benefits for New Orleans. Dylan said no and did not one benefit Willie was already getting one together...Kinky asked Willie, "Dylan is not doing any concerts and you are do you think Jesus loves you more than he does Dylan?" Willie replied "don't think Jesus gives a shit."

The best advice I got to pass along was from Dusty Hill before ZZ Top hit big, it was, "ya got to live the blues before you can play the blues." "My visions which come unexpectedly they trigger my poetry. I believe words a sacred and stories are the root source of ceremonies and archetypes."

What do you miss most nowadays from the old days of New Orleans and the bohemian Beat era of 50s & 60s?

What I miss is the intelligence and anti-materialism done classy in small places.

If you could change one thing in the United States and it would become a reality, what would that be?

I have been moved and made to laugh by my neighbors it is the neighborhood that is the most American of blessings.

What do you learn about yourself from the blues & Jazz culture and what does the Blues & Jazz mean to you?

The one thing America needs to do is legalize pot and the growing of hemp for oil. We can get 60 barrels of fine oil per acre and that would put an end to fracking and pipelines and all the nasty business of the oil boys.

Since 50s what has changed towards the best for our civilization and culture and what has gone wrong?

The civil rights movement is the best the white backlash is the worst.

What was the relation between music, poetry and activism? What would be your first decisions as President of USA? 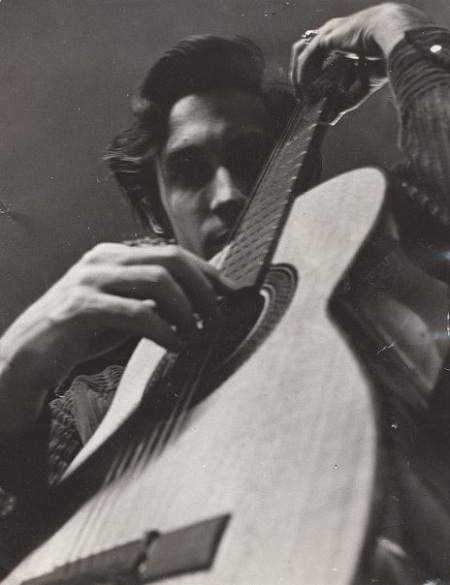 Having run for president on the slogan "We want our money back" I would shut down and audit the federal government and go after every penny they've stolen from the people.

"What I miss is the intelligence and anti-materialism done classy in small places."

How can the arts (especial the poetry and music) can crush the shackles of the human spirit and mind?

Ever since Woody (Guthrie) song and activism have worked hand in hand every change has a fight song. I believe it is thru music the spirit passes from generation to generation, for example "We Shall Overcome" still stirs the heart to tears.

I would love to have been with Ambrose Brice when he disappeared in that crystal cave in Mexico.