More than just a Blues-Rock artist, award-winning guitar player Sonny Moorman balances his signature smoking-hot riffs with a hard-rocking precision and feel born deep in the Blues ethos. Seeming to channel inspiration from elsewhere, his world-class playing is at once both transcendental and firmly grounded in reality, captivating audiences nationwide. The music is original, complex and never stale, with relatable lyrics and a sound that conjures up masters like Duane Allman, Lonnie Mack, and Freddy King. Still, Moorman has forged his own intoxicating style throughout his decades-long career, which firmly establishes him as one of the last great authentic roadhouse players.     Photo by Dusty & Val /Dusty Blues 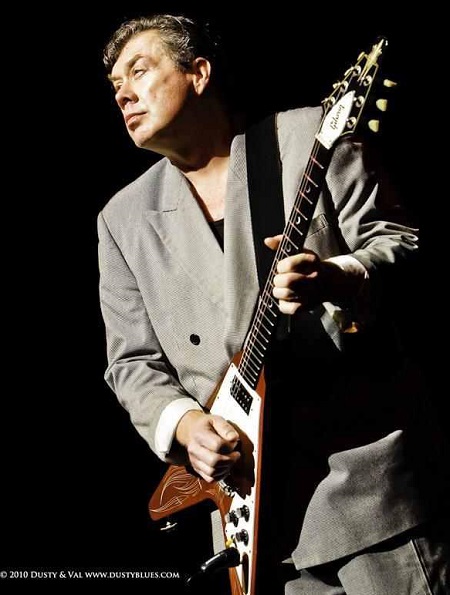 After a decade of playing rock bars in Michigan with a variety of bands and a five year "visit" to LA during which he graduated from Musician's Institute and played with "Z Deluxe" (Warren Zevon's 1982 tour band), Moorman returned to Ohio - and to the Blues. When Cincinnati Blues icon Big Ed Thompson suffered his debilitating stroke, Sonny was brought in to handle the guitar and vocal chores in Big Ed's band - the Cincinnati Blues All-Stars. The CBA's ETH Records release - Live at Burbank's chronicled the band during this period, and Living Blues Magazine was effusive in it's praise for Moorman's playing and singing. Not satisfied with the stylistic limitations of the All-Stars, Sonny moved on - to the Blues/Rock power trio format that is his vehicle to date. In 1994, Moorman and his band played the Memphis Cross-Cultural Music Exposition and got a recording deal with Sun Studio's 706 Records imprint - L*I*V*E and Telegraph Road. Sonny recorded his next releases on Perkins' Atlas Records label, including the 2009 Just Plain Folks, Best Blues Album / Best Blues Song nominee - Crossroads Motel and Sonny's next release Live as Hell. Moorman and his band headlined 2012 GABBAfest (where he played Duane Allman’s guitar!) and the Blues stage at the 2010 Montreal Jazz Fest. He appeared as a Band Finalist at the 2010 International Blues Challenge and won 2nd place in the IBC Solo/Duo competition in 2007. Moorman has released a number of CDs throughout his career, garnering critical acclaim and commercial success – including an excellent review of his latest release, “Lucky 13" (2014).

What do you learn about yourself from the blues n’ roll culture and what does the blues mean to you?

The Blues teaches us that we are all the same -- we all have the same problems, fears, desires, loves, etc.

How do you describe Sonny Moorman sound and songbook? What characterize your music philosophy?

My music is a continuation of the Blues Revival as done by the American and British artists of the late 1960's -- Blues emotion with Rock energy.

My long time association with William Perkins is certainly paramount, and I think the best advice I ever got was to just play music that I myself like. 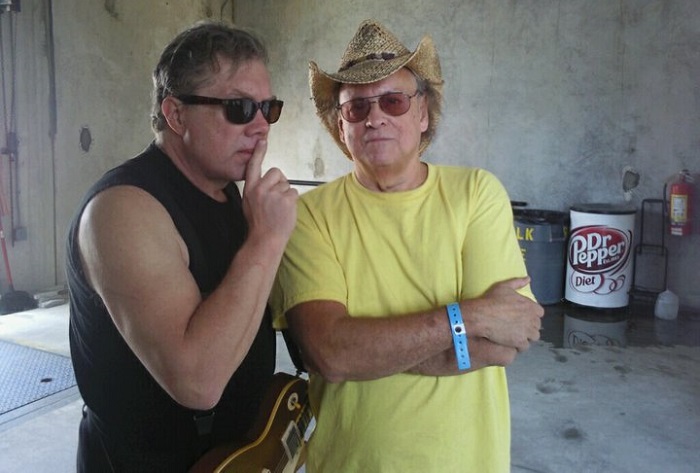 "The Blues teaches us that we are all the same -- we all have the same problems, fears, desires, loves, etc." (Photo: Sonny and Willie Perkins, Springin' the Blues Festival, Jacksonville 2011)

Many -- one of my fondest is playing Duane Allman's guitar.

I miss the great artists of the past -- I don't believe there will be others to take their place.

More emphasis on music and less on "Show Business" please!

What are the lines that connect the legacy of Blues from Juke Joints of South to Urban blues of Cincinnati, Ohio?

After WWII, a lot of people moved from the farms of the South to the factories in the North -- Cincinnati was one of those Northern cities, just as was Chicago.

What has made you laugh GABBAfest and what touched (emotionally) you played Duane Allman’s Guitar?

It still makes me laugh -- I didn't know Berry Duane Oakley prior to our set, and the only thing I asked him was "Do you know "Dreams?" He said "Yes" and we played the show.

Do you know why the sound of slide and resophonic is connected to the blues? What are the secrets of slide? 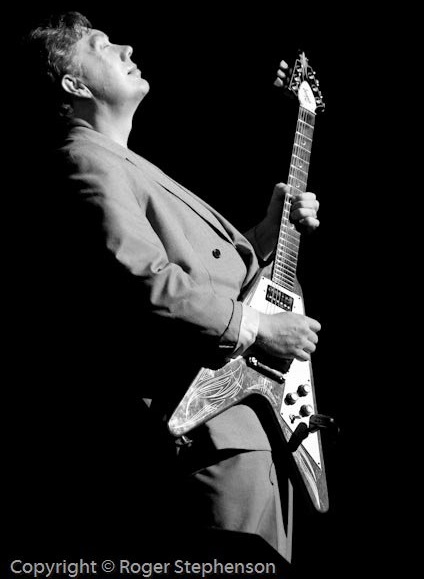 It's my belief that slide guitar comes the closest to that of the human voice, and the secret is to phrase as though singing.

"My music is a continuation of the Blues Revival as done by the American and British artists of the late 1960's -- Blues emotion with Rock energy." (Photo by Roger Stephenson)

March 12 and 13, 1971 -- Fillmore East with the Allman Brothers Band to be there for the recording of my favorite album.