The band of The 45s was put together by new boy Tom Hamilton when he arrived at Nelson Thomlinson school near Carlisle as a fourteen year old desperate to play in a real R&B band. Breaking onto the local music scene early in 2012 the band were an instant hit in the pubs and clubs of Cumbria and beyond.

Their horizons have expanded greatly, playing sell out gigs in London, Brighton, Canvey and Lancashire. Their first single is now available on I-tunes and Amazon and things are set for a great 2014. The 45s are all 16 years old and formed the band at the beginning of 2012 - James Green (vocals/harmonica), Tom Hamilton-Hughes (lead guitar/vocals), Joe Wyatt (bass guitar/vocals) and Bailey Claringbold (drums). 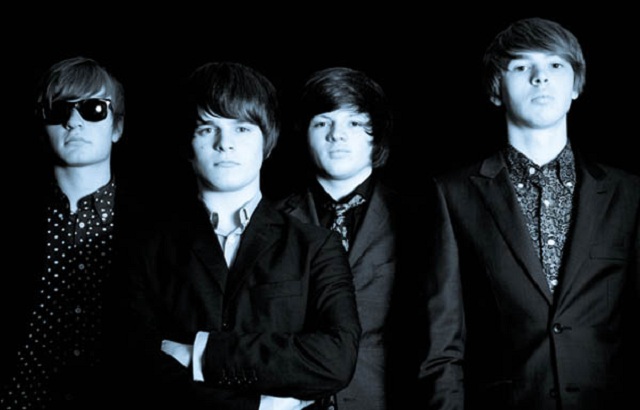 A major break was supporting Wilko Johnson on his farewell tour in March of this year. Wilko has become a mentor and fan, describing the 45s as “my favourite band”. Winning a place at the Great British R&B festival in Colne in August, the 45s shared the stage with Wilko who joined them to play Roxette and presented one of his trademark black and red Telecasters to guitarist Tom.

Band’s passion is to write and perform music. The inspiration comes from Rhythm and Blues, Rock n Roll and any music with soul! Having just finished school, the band are concentrating on writing own material, have recently appointed a management team and are just about to record our first single which released at the beginning of October 2013.

When was your first desire to become involved in the Rhythm & Blues?

James: I was in a band playing mainly Rock music but when I met Tom he introduced me to Blues and Soul which I fell in love with.

Tom: I was into the Mod thing from watching the Who’s Quadrophenia movie and I also loved the Beatles, especially their early stuff. I wanted to know more about where this music had come from and researched the cover songs they played, particularly from the Beatles Hamburg days. This led me to Chuck Berry and Little Richard and eventually to Chess Records and their big stars Howlin Wolf and Muddy Waters. I followed their life stories back to the Mississippi Delta and the birth of the Blues.

Joe: When I heard Dr. Feelgood’s live album ‘Stupidity’ in Tom’s attic I realized we should be playing this kind of music.

Bailey: I didn’t know anything about the Blues until I listened to Muddy Waters in Tom’s attic. I hadn’t really listened to the Beatles either. But that was more than two years ago and I just love playing it now. Some of the old stuff goes down a bomb at live shows. I think we have given it a bit of Punk attitude and it works. "We have noticed that a broad range of people come to our gigs and get into the music. What we play has a strong beat that is recognizable even if you don’t know the song."

How do you describe THE 45s sound and progress, what characterize band’s philosophy?

James: We are progressing all the time and this is reflected in the songs we write and choose to play. Our sound has been described as similar to the Yardbirds in their early days. We just want to create music that has real feel and depth to it and makes people want to dance and have a good time.

Tell me about the beginning of the 45s. How did you choose the name and where did it start?

Tom: I changed schools to find people to play music with and Nelson Thomlinson school had a good band scene. I started playing with a couple of boys but they didn’t get it so I decided to try and form the best band I could. I called my first band Rocket 88 and wanted the new band to identify with the past, especially the use of analogue equipment for recording and playing live. So, we named ourselves after the 7 inch single which revolves at 45rpm.

James: We have noticed that a broad range of people come to our gigs and get into the music. What we play has a strong beat that is recognizable even if you don’t know the song. The music strikes a chord in the brain whether you are 15 or 55.

Tom: It speaks to people across generations. Whether you were a sharecropper in the 1930’s, an assembly worker at a car plant in the 1960’s or stacking shelves in a supermarket today, at the end of a hard week you want to go out and have a good time. R&B provides the backbeat for that.

Bailey: For a drummer it has to be the beat. Anyone can enjoy it even if they can’t dance they can always tap their feet!

"We are progressing all the time and this is reflected in the songs we write and choose to play. Our sound has been described as similar to the Yardbirds in their early days."

Which meetings and jams have been the most important experiences for you? What is the best advice ever given you?

James: There isn’t a single all-changing experience for me. Perhaps listening to the blues properly for the first time or hearing Otis Redding made me think – I really want to do this and make it my life.

Joe: I loved the first time we played in Liverpool just down from The Cavern in Beatles week. The place was packed and everyone had such a good time, onstage and off.

Bailey: Playing with Wilko in his hometown was just off the scale. Being advised to play with heavier sticks has been a revelation and the best bit of musical advice I have received.

James: Going into his dressing room after the Glasgow gig and having our photograph taken with his arms around us was fantastic. Of course, actually playing with him onstage at the spiritual home of Dr. Feelgood on Canvey Island was just mindblowing!

Tom: When I stood onstage next to Wilko with my harmonica, just as Lee Brilleaux would have done back in their Dr. Feelgood heyday, I just couldn’t believe it was actually happening, but it was and I have the photographs and video to prove it! 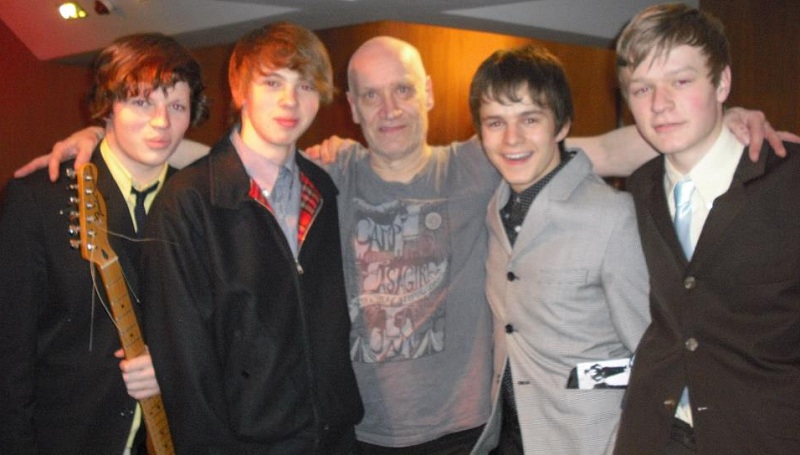 What do you miss most nowadays from the old days of Rhythm & Blues? What are your hopes and fears for the future of?

Tom: I want a proper music scene based on Blues and R & B to kick off again. There was a period in the 1960’s when there would be at least one venue in every town with live bands playing most nights. Places like the Crawdaddy, Marquee and 100 Club would have the Yardbirds, Small Faces, the Who and John Mayall all playing in the same week!

Joe: I just want to be able to play to a live audience. That is what was great about the old days. It was more real and you got to meet fans and win over new ones at live events.

Bailey: I love the fashion of the early sixties. The players then look so cool. I try and emulate that a little.

Make an account of the case of the blues in UK todays. What characterize the local sound?

Joe: The Blues scene is big in the UK with festivals every weekend.  We are happy to play at that kind of gig but see ourselves as taking the music out to new, younger audiences. That is vital for the health and vitality of this kind of music in the future. We mustn’t just be some sort of tribute act for the blues; we have to do it in a way relevant for today’s young people.

Bailey: We are the only R&B band in our part of the UK. I wish there were more and hopefully, as we get more successful, others will come along.

What are the lines that connect the legacy of British Rhythm & Blues with the American Blues and Rock & Roll music? 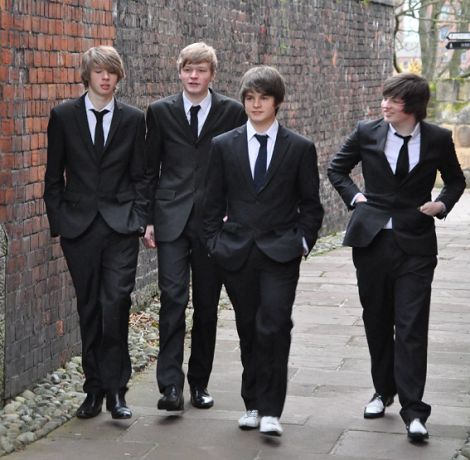 Tom: Back in the late 1950’s and early 60’s blues was an underground scene here in the UK. Alexis Korner started a small club in Ealing playing imported US Blues and R&B music and first of all Jazz musicians and then young white British kids began playing it live. By this time black Americans had moved on to different things and the bluesmen were out of fashion. That is why they started to come over here and play in England, there was a new young audience hanging on every note. Lee Brilleaux of Dr Feelgood talked of going to see Howlin Wolf in a London pub and then basing his whole onstage persona on what he had seen.

Bailey: As the American scene moved on we gave it a whole new lease of life in the UK and fed it back to them. The Stones insisting on Howlin Wolf joining them on an American TV show and the producers thinking it was an animal act is hilarious.

James: Memphis in the mid sixties when Stax was at its height and Otis Redding was playing live.

Tom: Onstage with my guitar at a Juke Joint in the Mississippi Delta in the 1930s or 40’s would be quite an experience!

Joe: I’d go back and tell Buddy Holly not to get on that plane.

Bailey: Carnaby Street, London in the swinging sixties, with some money in my pocket!