"...emotions and feelings. Blues speaks about real life, the good and downside in everyone’s life."

Franck Ash: Beyond The Fantasy

Franck Ash band; Immersed in Black American music from a very young age, Franck developed a passion for singing and playing guitar. A prizewinner at New York’s famous Apollo Theatre amateur night show, he subsequently become a frequent guest at the show. Franck’s debut album, “This Must Be Love” was released to critical acclaim across the international Blues scene, resulting in an award from the French Academy Of Jazz and best European artist in 2000. 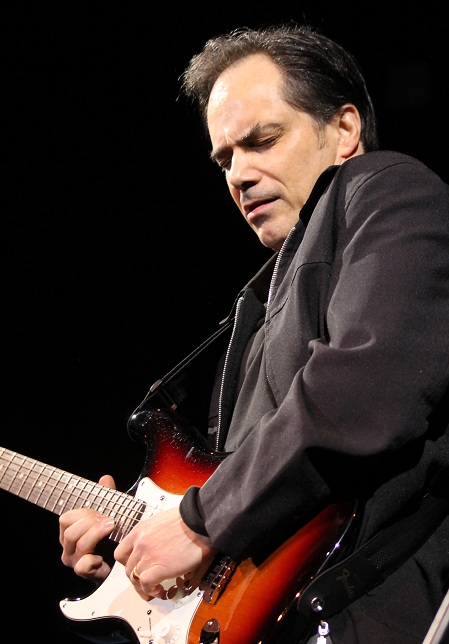 In his own inimitably style, Franck continued to develop a unique and versatile repertoire with a fusion of Soul, R’nB and Funk on a solid Blues ground and released “Beyond The Clouds” in 2003. Alongside the work with his own band, Franck was also invited to become band leader and guitar player for the great Screamin’ Jay Hawkins. They toured Europe and USA and recorded two albums “ At Last" in Memphis Sam Phillips studio, and “Live At The Olympia” in Paris. He has also played with the likes of Luther Allison, Dr. John, Robert Cray, Magic Slim and Taj Mahal. With regular appearances on TV and even a movie soundtrack under his belt, Franck Ash is best known for his cracking live performances. His latest CD “Caught in The Act - Live In London” shows that Franck loves being on stage and his live performances are full of energy and virtuosity, bringing along new arrangements to great Blues standards confirming that Franck Ash is one of the finest Blues artists at work in Europe today, making him a regular guest at major festivals.

You learn about what moves you and the people. It’s pure emotion that Blues first brought to me when I was a young music lover and keeps on bringing to me as a musician today.

Again... emotions and feelings. Blues speaks about real life, the good and downside in everyone’s life. And to me the vocabulary is right. Straightforward, double meaning, rough and tough, just like life.

How do you describe Franck Ash sound and progress, what characterize your music philosophy? 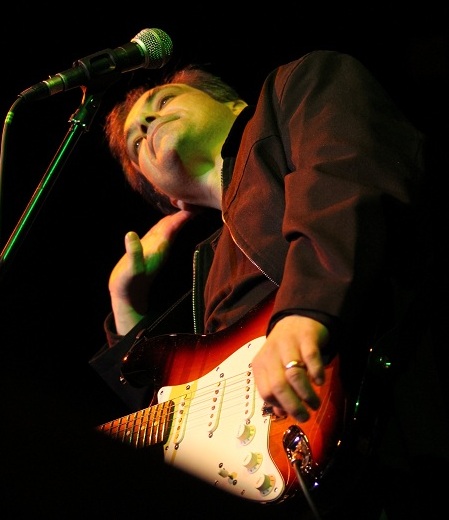 My sound is the raw me and my music is the expression of my life in real or fantasy.

"My few meetings with the great BB King were by far the most important to me. As for advice, “be yourself” would be a good one."

I particularly remember the tremendous warm welcome when playing at the Montreal International Jazz Festival or being on the main stage with Screamin’ Jay Hawkins headlining at the 13st Chicago Blues Fest. You know, when people come to listen to you, each gig is most enjoyable to me to be honest.

My few meetings with the great BB King were by far the most important to me. As for advice, “be yourself” would be a good one.

For the 5 years I played with Jay, there are so many memories… both on and back stage. For instance I perfectly remember the gig in Athens in late 1999. I didn’t know at that time this gig would be the last public appearance. We did one more private show just him and I for New Year’s Eve 2000 at some friends of his and he died 2 month later. So yes it was in Athens an audience could see and hear him for the last time.

What’s been their experience from New York’s famous Apollo theatre and Sam Phillips studio in Memphis?

You very humbled when you happen to perform or record in such legendary places. If walls could talk… There are very good players all over the world now. A touch of authenticity may be still noticeable in the US though.

"My sound is the raw me and my music is the expression of my life in real or fantasy."

Live music to listen to becomes less trend or attractive although there are bands everywhere in pubs and venues in London where I live. But people don’t take time to really listen. And I think it goes with the fact that people communicate less as well. Because you’re there doesn’t mean you’re in the meaning of what’s going on.

Except Luther I use to see quite often I met the others guys once or twice. Despite being great, they were very approachable and nice to me. This is a lesson to remember: most greats remain humble.

How do you describe your contact to people when you are on stage? What are the secrets for a good gig?

I play for the people, I like being close to the audience even on a big stage, I like that very much, feeling the people. I need to settle some communication as I mentioned earlier. Any kind of communication.

I don’t know any secret for a good gig. Except playing like it would be the last time in any condition.

What are the lines that connect the legacy of blues with soul and continue to jazz and rock music?

I’m no scholar in music history. Tough I think Soul comes from church, Rock stands on Blues foundations and Jazz now…don’t know what to think. The jazzmen I listen to are dead or 65 +! 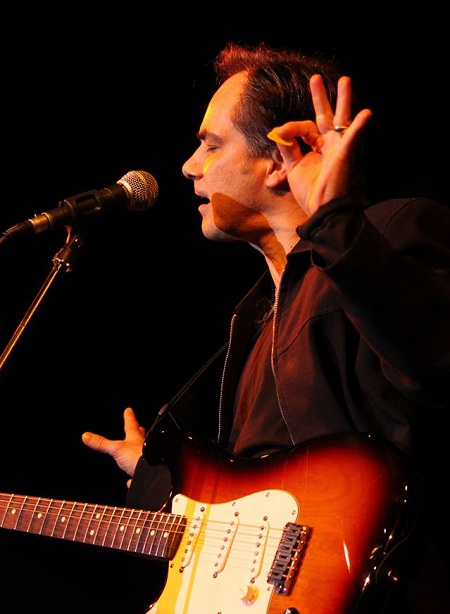 I happened to fall on a funk band called Average White Band recently on You Tube. I really liked the name. Sounding like great US funk, I found out the guys were from Scotland!

Aretha Franklyn at the White House in late 80’s is really moving. She always is actually.

"You learn about what moves you and the people. It’s pure emotion that Blues first brought to me when I was a young music lover and keeps on bringing to me as a musician today."

That would be in November 1964 for the recording of “Live At The Regal” by BB King in Chicago.