"I might also add that the Blues is about improvising, and it is that basic fact that it allows for solutions to manifest, even if it is on a subliminal level."

Steven Von Linne is a "World Conscious" person from San Francisco, CA. An international traveler, composer of many styles of music, producer, promoter, educator, fighter, holistic healer, performer, composer, and recording artist with over 30 years music career in the US, Europe, Brazil, and South America. Steven's guitar styles include Blues, Classic Rock, and Latin/Funk music. He currently resides in Maui, Hawaii where he has formed a Classic Rock and Blues Band called "The Maui Mojos". He has more than 200 self produced/ composed recordings, and and has toured and performed in over 20 countries worldwide. Steven has a new creative movement CD for Yoga-Dance style classes in Belo Horizonte, Brazil. Also, he make workshops for yoga students and dancers. 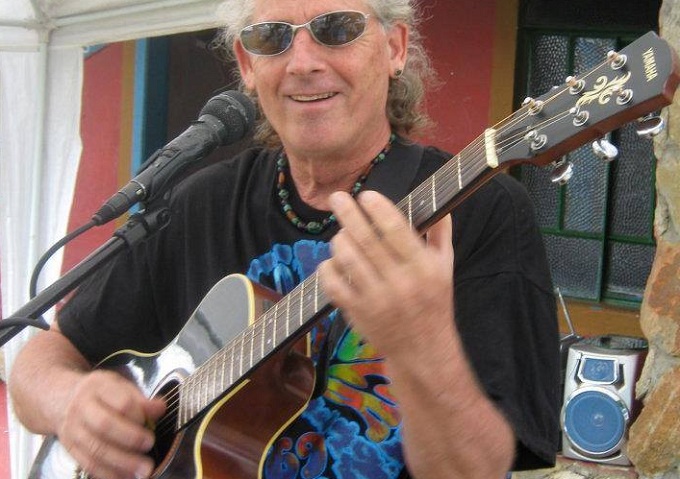 His playing style is blues, Latin, jazz, funk, folk, and rock in acoustic or electric modes. His guitar playing is similar to David Gilmour, Eric Clapton, and Jerry Garcia. Steven has great love of open jams and "jamband" fusion. Currently playing and booking shows with his Classic Rock band Von Linne Express and Brazil Blues Express in Brazil for 2013 and beyond. Von Linne Express is a classic rock and blues band in Belo Horizonte, Brazil. The band was created by Steven after his arrival in Brazil in 2008; he formed his first band "Talisman", and began touring in Minas Gerais until returning to the US in 2009. After an absence of 5 months, Steven returned to Brazil to perform as a solo performing entertainer. At this time Steven also performed in Rio, Bahia, and many shows in Minas Gerais. He later formed another touring band "Vintage Groove", and performed many shows in and around Belo. Von Linne Express is an eclectic blend of talented musicians with extensive ability in Classic Rock music, as well as contemporary Blues, and improvisation excellence. Steven Von Linne on vocals and guitar, is also a composer of various styles of music, and has written some Rock and Blues songs for the band's original music set.

I have a very deep respect for what music does for all of us here on the planet. My emotions get charged when I need it the most by the Blues. I think that the beginning of this music was born as a way to mitigate what are considered as atrocities or acts of suppression and violence. We all get charged by our experiences, and this basic roots music can ease the pain for some, and inspire courage and stamina for others.

How do you describe Steven Von Linne sound and songbook? 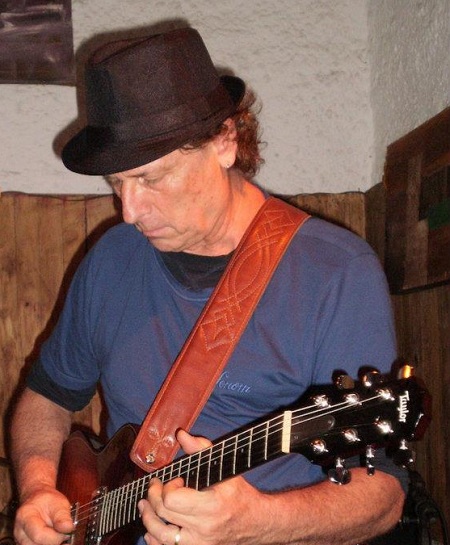 Well, I guess I have somewhere around 200 plus songs I have written and recorded over the years. I grew up on listening to Beatles, Stones, Floyd, and also all the Bay Area bands of the 60's and 70's which were all influenced by the great Blues Masters like Robert Johnson, Muddy Waters, Howlin Wolf, BB King and such. Then came all the best Blues players from Europe who interpreted them and created their own versions of Blues, so my music was my interpretation of all of that! I love to experiment with combining all of these styles, anything from harder blues/rock to the more etheric cosmic type of sounds. My songbook includes all of these styles.

I guess I am of the belief that everything is basically a frequency. If you boil that down, one frequency can influence another, so when I play music, my intention is to affect the listener in an uplifting way that can bring some joy or hope to them. I have a profound belief that it is why I was born, and so I tend to take it seriously.

I think people get some relief from it. We all have had the Blues from time to time, and we all can relate to someone singing about the similar feelings and experiences we are having. I might also add that the Blues is about improvising, and it is that basic fact that it allows for solutions to manifest, even if it is on a subliminal level. Yeah, I know that is deep, but you asked!

Well, there have been quite a few, but one that comes up is meeting Bassist Deon Estus back in 1999. If you don't know him, just google his name and you will be amazed at how many hit records and platinum artists he has played and recorded with. Deon and I met and were like twin sons from different mothers. We started a prolific time period that lasted years. We formed a music production company in LA, and wrote many songs and recorded quite a few of them. We also performed constantly, even opening up shows for major artists and such. I met personally people like Dave Mason at his house, Sting, Quincy Jones, and so many successful artists. I am still in touch with Deon, and we have some plans brewing for the future. I must also mention here my Bassist Leo Javali in Belo Horizonte, who I also had a similar connection when we met. He and I played in several Blues Bands in Brazil, and I look forward to playing again with him as much as possible. 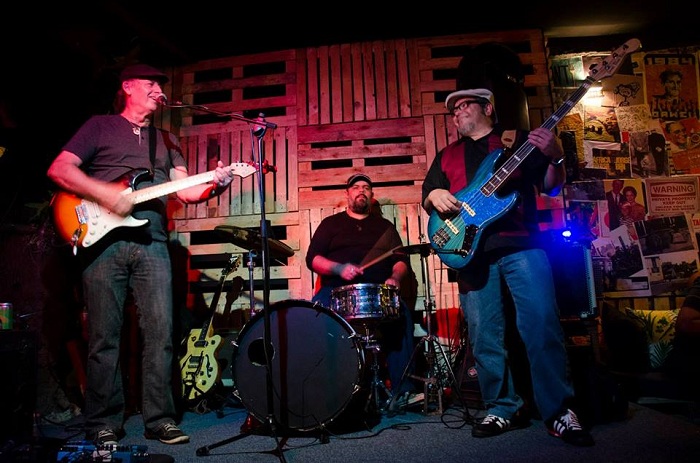 "I have hope for humanity to wake up, and stop giving power to idiots who use us for their own gain. My fear is that we will not wake up collectively in time." (Photo: Brazil Blues Express)

Are there any memories from gigs, jams, festivals and recording time which you’d like to share with us?

One of the best jam bands I ever had was a couple of guys from LA that we got together once a week or so over 6 months. It was epic, and I did manage to get some recordings from that. It was some of my best guitar work to date. I also had a band in Brazil that stayed number one in Blues for the city we lived in for over a year on Reverb Nation charts. Brazil Blues Express was the name, and you can find it on Facebook for videos, and bios, etc. I got to play with all the best Blues artists in Brazil while touring there from 2007 to 2013. I also got to play with Jerry Miller Blues Band for two shows in Hawaii with Tyran Porter from the Doobie Bros. on Bass. That was some fun! Over 30 years of shows, festivals concerts, and sessions, I have forgotten more than I can recall...

Analogue recordings, true artists, doing what we all "copied" for the first time.

I have hope for humanity to wake up, and stop giving power to idiots who use us for their own gain. My fear is that we will not wake up collectively in time. Those powers that be, call them what you will, do not want us to play music that might weaken the zombies from their sleep. Another great reason to keep playing the Blues!

In some ways, it is already happening. People are making more music today because of home studios and easy to access technology we only dreamed of in the seventies. We are learning that we don't need corporate sponsors, and this is especially true of Blues, which never really sold out like other styles. 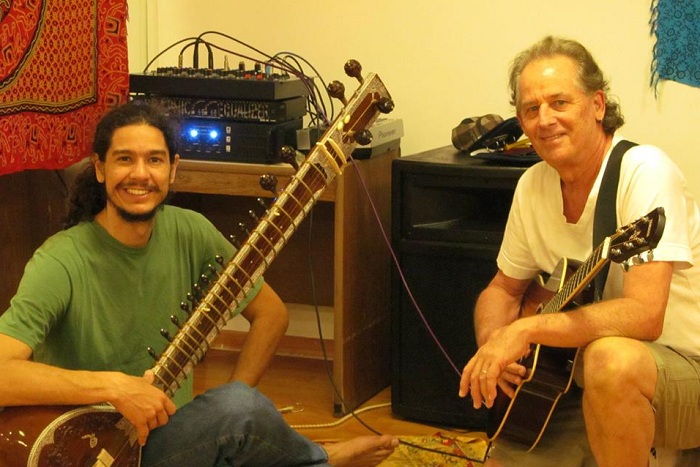 "When I play this music in either place, it always brings smiles, cheers, and sings along even if they don't know what the words mean, it's the vibe." (Photo: Yogadance workshop Steven & Bruno Garcia Batista Tapioca)

Make an account of the case of the blues in Latin America. How difficult is to play the blues in South America?

What are the lines that connect the legacy of Blues from United States to Brazil and Europe?

I think this goes back to the basic truth of what the music does to people. If you ask people why they are listening to something, it is because it makes them feel better. Maybe like eating chocolate in some ways. This has no boundaries. I have seen this over and over around the world especially South America and Europe. When I play this music in either place, it always brings smiles, cheers, and sings along even if they don't know what the words mean, it's the vibe.

Well, I recently got to play a show with a dear friend in Hawaii. His name is Donnie "Divino" Smith, and we have played on and off for years. He is a great guitarist, and so we have always kind of had a rival thing going. When we parted ways several years back, he went on tour with Willie Nelson, Chris Kristoferson, and Jack Johnson, and others. I was pretty jealous in a way, and so I was kind of surprised when he invited me to do a show together all these years later. He also confided that he was envious about my traveling the world and playing with many successful people as well. Funny, all that crap in our heads we carry around. Now we are back doing next level stuff playing from the heart, which by the way, is "The Blues". "I have a very deep respect for what music does for all of us here on the planet. My emotions get charged when I need it the most by the Blues." (Photo: Steven & Jerry Miller)

That is a hard one; I can recall is "Play your Strat!" Another one was my best friend saying "learn this"… then handing me the newly released "Are you experienced?" by Jimi Hendrix. It took me 20 years, but I did…and in the process I learned to play a Fender Strat.

I think that when I have an inspiration to write something it comes easier in some ways, but then I start to think about producing it, and recording it, and teaching it to my bands, and well, I guess playing is always the funniest part.

I would like to play with my Brazil Blues Express Band in festivals and concerts all over the world, get to be on the biggest and best stages, and have a guitar tech as well as roadies to move the stuff. And, of course a big paycheck! 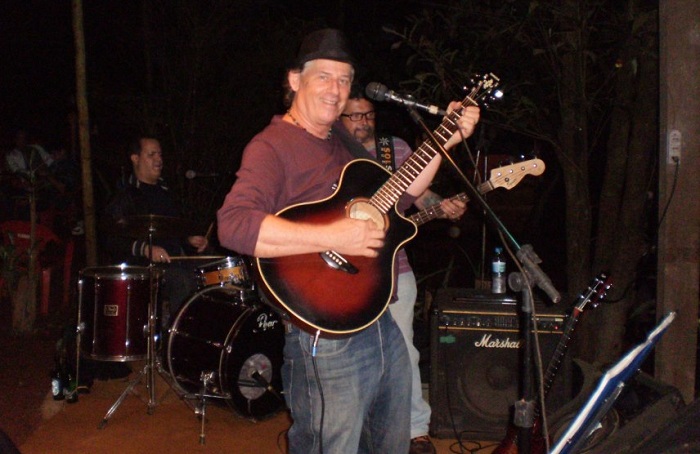