"Blues is music for listeners. It's not background music. It has a meaning even when the songs are silly, humorous, or just for dancing. It's funny, raw, deep and ironic, without trying too hard and without taking itself too seriously."

Roi Geyari was born in 1988 in Israel, and was raised at a Kibbutz. He started playing guitar when he was 15. When he was 16 he heard one of his father's B.B King records and decided to learn how to play blues. Soon he became passionate about the early styles of blues, folk and country music, particularly piedmont blues and the songster tradition. He is heavily influenced by artists such as Robert Wilkins, Blind Boy Fuller, Riley Puckett, Mance Lipscomb and the Carter Family. 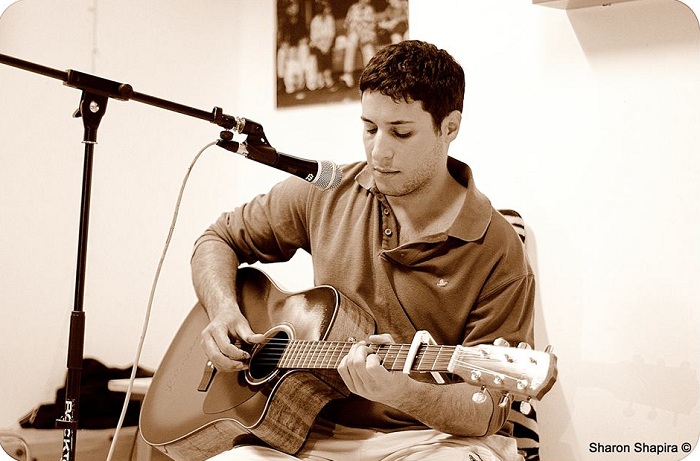 "I've always wanted to travel back to Israel in the early times of the Bible, just to hear the way people talked back then and see if I can understand their Hebrew, and also to hear the music of that time."

Israeli scene is among the most upcoming in the world and Roi Geyari is a living cell of local scene. Roi talks about the old good day of blues, local Israeli scene and his jammin with LC Ulmer.

It's hard to say what I learned about myself; all I know is that I have an insatiable passion for this music. I don't think I can say that about anything else. Blues is music for listeners. It's not background music. It has a meaning even when the songs are silly, humorous, or just for dancing. It's funny, raw, deep and ironic, without trying too hard and without taking itself too seriously.

How do you describe Roi Geyari sound and progress, what characterize your music philosophy?

I can't say I was too self-conscious about my style or sound, and there is certainly nothing even remotely philosophical about it. I just listen to a lot of music, pick up what I can and play whatever comes out. The only thing I try be aware of is not becoming a copycat of anybody. If I play, it has to be my own thing.

LC Ulmer is just a fun person in a rare type of way. He likes what he does and he makes you like it too. I'm happy I've had the privilege of playing a few songs with him. He plays in a very unorthodox way, he changes his chords whenever he feels like it and makes up his songs right at the top of his head. You never know what's coming.

Luckily, I was very familiar with his music before we met, so while we played I had a good idea of when I should change the chord or when I should insert something of my own. He complimented me on my timing and that was quite a relief. 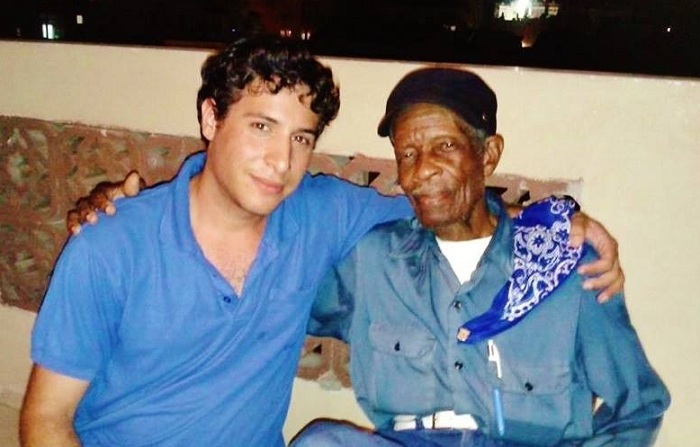 "It's hard to lump old blues artists, or modern blues artists together, but to be general, the old blues sounds a lot more musical to me." (Photo: Roi and LC Ulmer)

I guess I miss the artistry and minimalism of it. With that being said a lot of fans of old blues are in such grief about the ostensible death of their favorite music. The way I see it, this type of music could only flourish in a very problematic era and society that we wouldn't necessarily want to go back to. I personally prefer a better society, even if it generates music of lower quality. The old music is well recorded, documented and preserved. Nothing to worry about in that sense.

From the musical point of view what are the differences between acoustic folk roots blues and modern electric?

It's hard to lump old blues artists, or modern blues artists together, but to be general, the old blues sounds a lot more musical to me. The playing, the singing, the songs - everything falls into place and makes a lot of sense in a very natural fashion. When I listen to modern electric blues, which I don't do very often for good reasons, I sometimes get the impression that the musician only cares about his guitar solo. The singing part, the other instruments, they're just hurdles on the way to the big solo, that will probably last for 15 to 20 minutes. I don’t like that at all. The older type of blues was also a lot more humorous.

Our little blues scene is, to my understanding, relatively fresh, and it's a delight to witness it as it's happening and growing, most of it thanks to my friend Yamit who turned fantasy into reality. So there aren't many periods to choose from, the most interesting one is definitely right now. When I started listening to blues I truly thought I'm the only one in my country who does, and I'm glad I was wrong.

What has made you laugh lately and what touched (emotionally) you from the Israeli blues scene?

I remember hearing a local radio broadcaster mentioning the impending arrival of KM Williams, describing Williams as "one of the founding fathers of the blues". That made me laugh audibly, not in a demeaning way, god forbid, I just thought it was very charming. KM Williams is fantastic and cool beyond words, but I think he would laugh at that himself. What touches me is how appreciative and respectful the Israeli audience can be of the music and the musicians who come here.

What are the lines that connect the legacy of American Blues with the local blues scenes around the world? 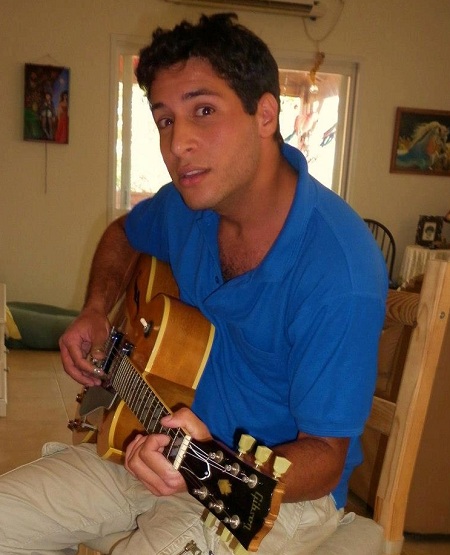 I'm only familiar with the local scene in Israel. At the risk of being banal and predictable, I do feel that the history of Israel and the history of the blues have of a lot in common, which inevitably creates mutual understanding.

"When I started listening to blues I truly thought I'm the only one in my country who does, and I'm glad I was wrong."

They're good for advertising, but not a lot more than that. A lot of people play blues today, some are better, some are worse, some are awesome and some are not. It's not really a matter of belief; it's kinda like asking if I believe in good food today. Depends on the cook.

I've always wanted to travel back to Israel in the early times of the Bible, just to hear the way people talked back then and see if I can understand their Hebrew, and also to hear the music of that time.

I don't feel like I'm in a position to label anybody, but I think to be a bluesman means to be yourself and make your blues music sound good. I don't care much for stereotypes, prejudice and clichés.

If I could spend a day with John Hurt I would probably just sit down, keep my mouth shut and listen to him playing. Same with Lipscomb and Skip, but I would probably ask Skip a few questions about Henry Stuckey. He would presumably be annoyed with that though. 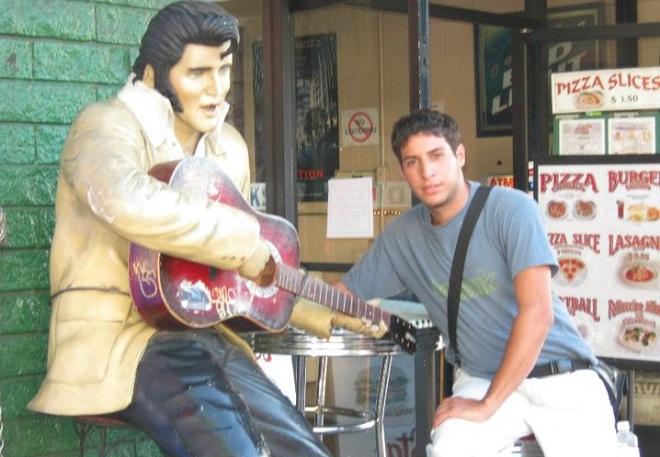