Guitar great Jimi Hendrix will be honored next year when the Jimi Hendrix Memorial Park opens in his hometown of Seattle.

The park will cover 2.5 acres and be in the shape of a guitar and feature “lyrical stepping stones, rain drums, a sculpted butterfly garden, performance area, sound garden and a green space” and a fretboard-shaped bridge.

The park has been financed by donations from Jimi’s sister Janie Hendrix, the Parks and Green Spaces Opportunity Fund and the Neighborhood Matching Fund Award in Seattle. 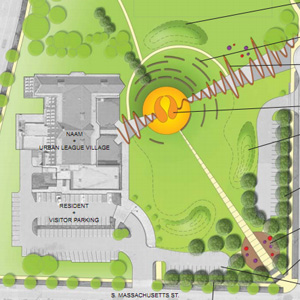 Please join us at a Design Development meeting for Jimi Hendrix Park. Murase Associates facilitated three public design meetings over the Summer of 2011 to create a Schematic Design, and now we would like your input and support for the future development of the park. Members of the Friends of Jimi Hendrix Park, Murase Associates, and Seattle Parks Department staff will be available during the meeting to discuss the design, fund raising events, and community volunteer opportunities.

Inspired by the music and legacy of Jimi Hendrix, the park, named in his honor, will beautify Seattle, motivate youth and others to achieve in music and art, and strengthen the cultural pulse of the Emerald City, Jimi Hendrix’s hometown.

Jimi Hendrix Park is located in the heart of Seattle’s vibrant Central District (2400 South Massachusetts Street), a thriving multi-cultural community rich in heritage. Nestled adjacent to the Northwest African American Museum and grounds of former Colman School, Jimi Hendrix Park will be a primary focal point for multi-cultural events, gatherings, and activities for the community.

Parks acquired this land, located next to the Colman School at 2400 S Massachusetts St. in Seattle's Central District and once the school's playground, in 1948. Then the Washington State Department of Transportation bought the land for use in staging construction of the I-90 lid project. Since 1997, Parks has leased the land from the state for parking for the adjacent Sam Smith Park. The 2000 Pro Parks Levy provided $309,300 for site improvements that include better pedestrian connections to the park and neighborhood.

The name honors the late '60s rock icon Jimi Hendrix and his childhood ties to Seattle.

Seattle City Councilmember Jean Godden, a champion of naming the park after Jimi Hendrix, said "This recognition is long overdue. I'm delighted the City has finally found a fitting tribute to honor the significant historical and cultural contributions of one of our most famous native sons."

Construction is slated to start at the end of the year. The hope is to have most of the park completed by the 70th anniversary of Jimi's birth next year. Jimi Hendrix was born in Seattle on November 27, 1942. 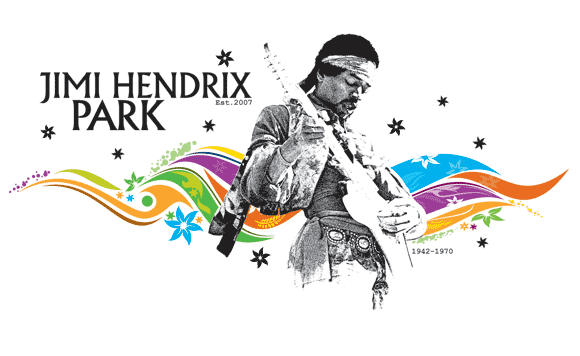