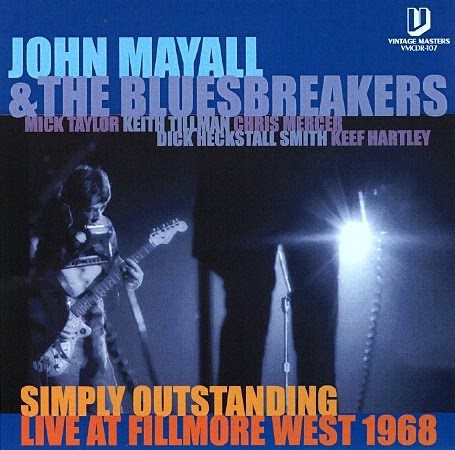 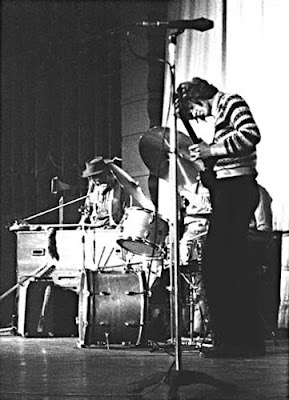 Few bandleaders in the 1960s had the vision or ability to constantly change musicians and still create intriguing music every step of the way. John Mayall was one. Like Miles Davis and Frank Zappa, Mayall had a visionary knack for recognizing young talent and more importantly, how to assemble and arrange this talent into powerful musical units. In many cases, Mayall was the catalyst for these younger musicians discovering their own voices, gaining confidence, and defining their sound. This inevitably led to musicians striking out on their own, often to much greater success. 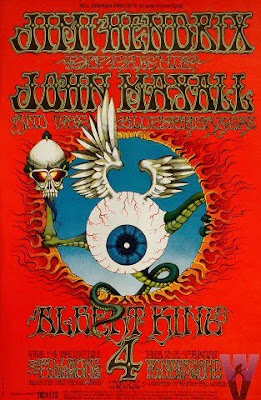 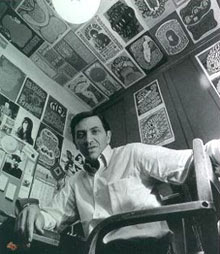 Bill Graham in his Fillmore Office 1967
In the mid-1960's, Mayall had some of the greatest British guitar players working for him. Eric Clapton, followed by Peter Green, had helped redefine British Blues and brought a raw intensity as well as volume to the proceedings, that was being recognized globally. At the time of this concert, Green had departed to form Fleetwood Mac and Mayall brought in the young Mick Taylor as lead guitarist, yet another visionary choice. With a Bluesbreakers lineup that now featured Dick Heckstall-Smith and Chris Mercer on saxes and the rhythm section of Keith Tillman and Keef Hartley, they were a serious force to be reckoned with. 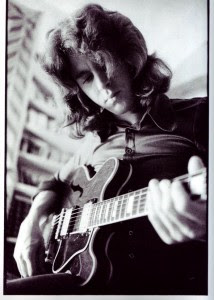 This incredible night, where John Mayall and the Bluesbreakers performed between Albert King and the Jimi Hendrix Experience must have been a feast for blues fans and guitar players alike. The recording begins poorly mixed during the opening "Dust My Broom," but by the second song "So Many Roads," the instrumental balance is quite good. Mick Taylor fans might find this recording like a holy grail, as so little exists of this era. Mayall released two poorly recorded live albums of this lineup that, although sourced from mono recordings, clearly demonstrated that Mick Taylor was indeed in the league of his predecessors. Here one can enjoy that same era in far better clarity. 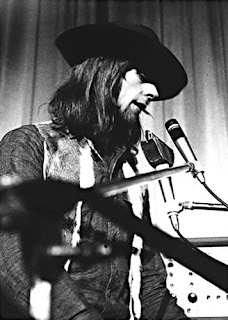 Being on a bill sandwiched between King and Hendrix must have been intimidating for all involved, especially Mick Taylor, but he rises to the occasion. His fluid guitar playing is simply outstanding on this set. One gets the sense that Taylor studied his predecessors carefully and was consciously avoiding duplication. He is striving for a sound uniquely his own and he is thoroughly successful. He has little interest in flashiness and instead, often plays in a manner both thoughtful and refined. This isn't to say he doesn't cut loose - he does spectacularly on "So Many Roads" and "My Own Fault," the two most improvisational pieces. On these, he has plenty of bite, a distinct touch and a delicious tone. The set ending "Soul of a Short Fat Man" features drummer Keef Hartley and it's a wild blowout by all concerned.
Review :/www.wolfgangsvault.com/ 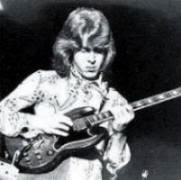 This lineup only lasted for a brief span of time, but the music they created deserves and rewards attention. Once again, these musicians would soon move on to more challenging adventures. Dick Heckstall-Smith would soon be a founding member of Colosseum. Chris Mercer would hook up with Juicy Lucy. Keef Hartley would establish his own band, and of course, Mick Taylor, would become a Rolling Stone the next year and soon be a prime component on some of the decade's most memorable music. However, it was right here that these musicians were discovering themselves
1 - Dust My Broom
2 - So Many Roads
3 - I Can't Sleep
4 - It's My Own Fault
5 - Soul Of A Short Fat Man
Enjoy Mayall: sessions,concerts http://www.johnmayall.com/ 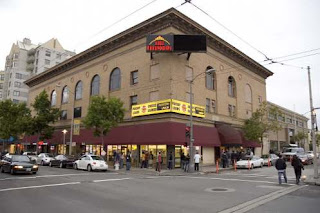