Everything is possible with good intention

In 1973, Bowie returned to the States via New York where,with Bobo Shaw, he organized the Human Arts Ensemble and began constantly seeking to redefine the boundaries of jazz. This period proved to be fruitful for Bowie, who concurrently managed the legendary La Mama Theater and perform with all the major jazz innovators of the day - Cecil Taylor, Frank Lowe and Anthony Braxton. Also during this period, Bowie formed the St. Louis Creative Ensemble with altoist Luther Thomas and performed with the New York All-Star Blues Band which featured legendary bluesman Left Hand Frank and contemporaries Philip Wilson and Henry Threadgill.

Still largely dissatisfied with the rigid confines of the jazz idiom, Joseph Bowie set out to formulate a musical concept fusing his varied musical experiences with something danceable and widely accessible - something commercially viable that still allowed for freedom and improvisation. In 1978, with this in mind, Bowie composed a band that combined conscious-raising lyrics, a funky rhythmic approach, sinewy bass lines, metallic guitar, assaultive horns topped with maniacal vocals to create the distinctive sound that became Defunkt's trademark. From its inception until 1983, Defunkt turned New York's radical underground music scene on its ear producing three classic albums, Defunkt, Razor's Edge and Thermonuclear Sweat, and after a glorious beginning Defunkt disbanded and Joseph Bowie went into self-imposed exile on the Island of St.Croix to reorganize his life and gain some strength. In 1986, Joseph Bowie returned to New York, reassembled Defunkt, and two-years later released the critically acclaimed album Defunkt in USA. 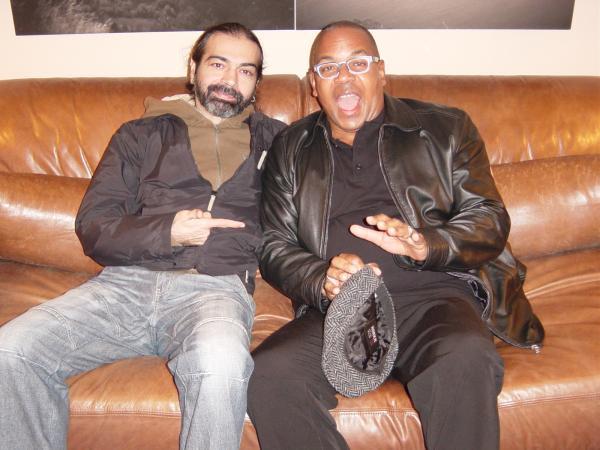 The following year, Defunkt signed with Enemy Records and has just concluded a lucrative four-year association during which they released 6 recordings including the critically acclaimed Defunkt Special Edition Tribute to Muddy Waters and Jimi Hendrix. Now in its 17th year, Defunkt has again received wide critical acclaim m in Europe and Japan for their Spring 1995 release One World, their first recording on the Dutch BlueFunk label. Bowie describes this latest effort, which he produced, as a pivotal move to a larger, more polished production, incorporating an expanded horn section and backup vocalists, representing the beginning of Defunkt Music Incorporated: A Big Band for the 21st Century.

In addition to his work as leader and founder of Defunkt, Bowie's musical pursuits are more diverse than ever. Among his involvements are his integral membership of the Chicago-based African blues trio the Ethnic Heritage Ensemble, touring with Charlie Haden's Liberation Orchestra, performing with the David Murray Big Band, guest lecturing for the Smithsonian Institution's Campus on the Mall Program, and performing and recording with the late pianist Don Pullen, the African Brazilian Connection and the Chief Cliff Singers, a Native American drumming ensemble, on Pullen's final project for BlueNote Records. Bowie also tours and records with a number of European artists including the Vienna Arts Orchestra, Count Basic and the Sebastian Piekarek Quartet.

Still, Joseph Bowie's first love and concern is Defunkt, and after a decade of hard work and determination it is apparent that the international acclaim and reputation of the ensemble is steadily growing as evidenced by the consistently sold out European and North American audiences for which the group performs.

In 1996, Defunkt embarked on a new relationship with European tour promoter, Gert Pfankuch. Through Gert's efforts, Defunkt performed to sold-out audiences at all the major summer music festivals, including Holland's North Sea Jazz Festival, the La Villette Jazz Festival in Vienne, France, Stuttgart's Jazz Open Festival, and the Cactus Festival in Brugge, Belgium. The band has shared the stage with artists such as Larry Graham and Graham Central Station, Isaac Hayes, Marcus Miller, Cassandra Wilson, Maceo Parker and the Groove Collective. The band is a main attraction throughout Europe. Joseph also further developed his jazz relationships with artists such as David Murray, the Ethnic Heritage Ensemble, Yuseef Lateef, Adam Rudolph. He performed with the Sam Rivers Big Band for his 75th birthday. Performed regularly with the Oliver lake big band & many others. In 2003, Joseph moved residence to Holland where he is developing new musical relationships throughout the EU and the world.

Bowie discovered Buddhism and has been a practicing Buddhist ever since. He has since founded Kosen-Rufu, another musical outfit aside from Defunkt. In 2003 Bowie moved to The Netherlands, where he works with a number of groups, also teaching his acclaimed “FunkShop” throughout Europe.

Joe, when was your first desire to become involved in the music?

As a child...I came from a musical family...my father a music teacher and my two older brothers both professional musicians, Lester Bowie & Byron Bowie. Since 10 years old, I wanted to be a famous musician :-) There is NO Best, just different important lessons learned from every person...

To continue to learn and develop my music and relationship with humanity. I want to be involved in more & more creative projects and to perform my RSME Workshops for children, adults and handicapped throughout the world.

Myself! I only wanted to develop and understand my unique contribution to music and entertainment...

I have learned that I must keep a connection with the Earth and all living things, that my energy comes from the ground (earth) and this pulls the energy from the universe to me and opens up channels of creativity.

I always went to gigs of my 2 brothers at a very young age...I guess the first ones I remember were was a Fontella Bass gig where my brother Lester was playing trumpet. I also went to a very important gig with James Brown at 15 yrs old. This changed my life...another gig of Jimi Hendrix at 15 years also gave my a musical mission in my life.

What would you give Tyrone Davis?

I would thank him a lot for teaching me the discipline it takes to run a good band successfully. What I know as a band leader of Defunkt for 32 years, I owe to Tyrone Davis. 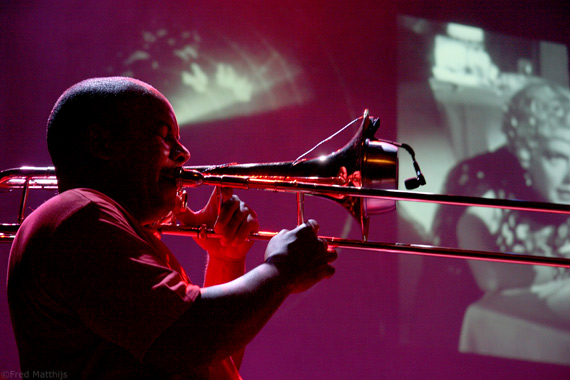 How do you describe your Chicago years at ‘70s

I was only in Chicago about 2 years in 1975/76.  I was the band leader for Tyrone Davis, but also working regularly with the AACM Big Band and  The Ethnic Heritage Ensemble...all based in Chicago. It was a very important period to develop the diversity in my musical life..

I believe everything I have done was for a reason of education. I have no regrets! There are no mistakes just struggle and experience that make you a better person, if you survive :-)

That I am a child of the WORLD. I must be in contact with all humanity and feel  and develop my destiny. Everything is possible with good intention.

I enjoy the Greek people and the history and beauty of Greece...also the food and culture.

Tell me about your gig with Dr.John in Montreaux Jazz Fest.

I was there in the horn section at about 19 yrs old. Allen Toussaint was in the band and special guest Professor Longhair. It was a very nice experince working with the New Orleans figures in music. I learned a lot.

What does Blues & Muddy Waters  mean to you?

Blues is a tradition  born from slavery in America and sits deep in my body and soul. The older I get the more I appreciate the Blues.

Muddy Waters is a true Ambassador of the Blues. He was a kind and elegant man with a unique and powerful blues style. I was privelege to ride together with the Muddy Waters Band on tour in Italy with Defunkt.

How do you describe your sound/progress (and yourself).

I am developing new sounds and growing everyday. I feel that I am now reaching an important point in my career with I understand WHO I am and what exactly I must do to continue learning about music, the universe and humanity. There is no separation of these things in life.

NOW is the best period of my life. I am in the age of understanding :-)