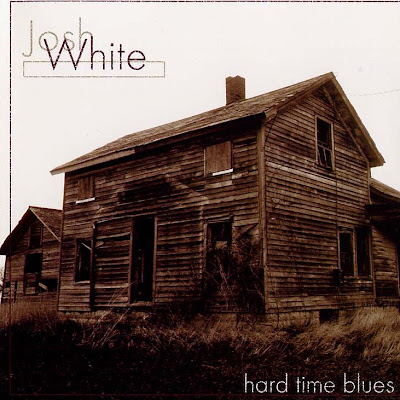 Bob Gibson & Shel Silverstein. (legendary folk singer Bob Gibson, and his equally renowned writing partner Shel Silverstein - both disciples of Josh White), in 1979, wrote and recorded a song tribute, "Heavenly Choir," to three of their most beloved artists, Josh White, Hank Williams and Janis Joplin....all brilliant artists, who had lived hard, fought hard, and died young. (the first verse is to Josh, followed by the chorus):

“ Last night I heard Josh White playing, From somewhere on the other side.

In a orchard full of 'Strange Fruit' hanging,


With his head thrown back


He stood there singing.


He snapped those strings till his fingers bled,


He bent those notes till his guitar wept.
Now he's part of the Heavenly Choir,

Where all of the poor restless souls can be found.

Peter Yarrow: After Josh White's funeral, one of his dearest proteges, Peter Yarrow of Peter, Paul & Mary, eulogized him in the song "Goodbye Josh," which he included on his first solo album Peter. The song's lyrics are:

What was it you said in a farewell to me?


Live it hard and then let it be.
Goodbye to Woody and to Cisco too,

Goodbye Leadbelly, and Josh, here's to you.
You filled a morning with sunshine and light,

Part of your songs are memories,


a part of my life.Oh, time to listen, time to share,


Time to remember, time to care,
After the thunder comes the rain,

And in the morning, it start all over again.
Goodbye Josh, goodbye old friend. 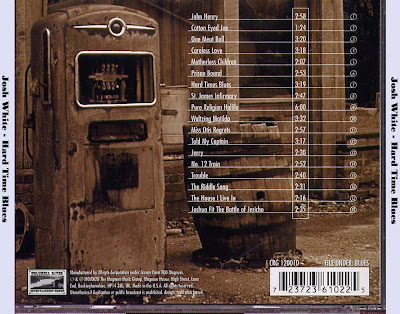 Most blues enthusiasts think of Josh White as a folk revival artist. It's true that the second half of his music career found him based in New York playing to the coffeehouse and cabaret set and hanging out with Burl Ives, Woody Guthrie, and fellow transplanted blues artists Sonny Terry and Brownie McGhee. When I saw him in Chicago in the 1960s his shirt was unbuttoned to his waist à la Harry Belafonte and his repertoire consisted of folk revival standards such as "Scarlet Ribbons." He was a show business personality -- a star renowned for his sexual magnetism and his dramatic vocal presentations. What many people don't know is that Josh White was a major figure in the Piedmont blues tradition. The first part of his career saw him as apprentice and lead boy to some of the greatest blues and religious artists ever, including Willie Walker, Blind Blake, Blind Joe Taggart (with whom he recorded), and allegedly even Blind Lemon Jefferson. On his own, he recorded both blues and religious songs, including a classic version of "Blood Red River." A fine guitar technician with an appealing voice, he became progressively more sophisticated in his presentation. Like many other Carolinians and Virginians who moved north to urban areas, he took up city ways, remaining a fine musician if no longer a down-home artist. Like several other canny blues players, he used his roots music to broaden and enhance his life experience, and his talent was such that he could choose the musical idiom that was most lucrative at the time. ~ Barry Lee Pearson, All Music Guide 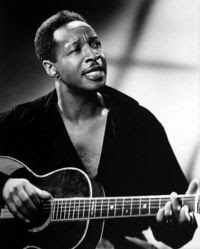 Great performance! The use of the Ovation "Josh White" guitar proves this video was recorded between 1967 and 1969, when Mr. White died.﻿ The "woman singing" was his daughter.
Joshua Daniel White (February 11, 1914-September 5, 1969),
Josh White (1914-1969) - Free and Equal Blues
http://en.wikipedia.org/wiki/Josh_White
http://standinatthecrossroads-blackcatbone.blogspot.com/