"I think blues lasts because it is pleasing to the ear and tells a true story about life."

Marion James: I sing music that you can "feel"

Born and raised in Nashville, Tennessee, Marion James grew up in a family with a love for music. Like most great R&B singers, Marion's musical background is firmly rooted in the church. Her first experience with blues music came from watching vaudeville shows, checking out local performers and listening to her mother's record collection of 78s. 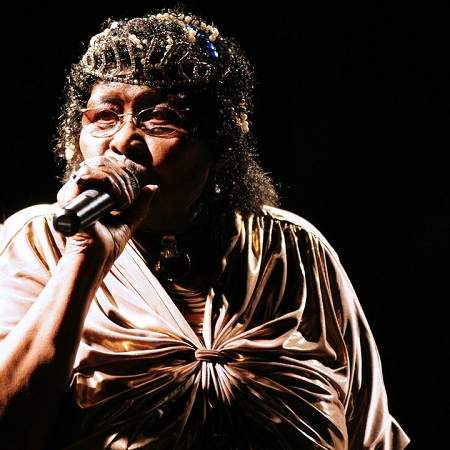 In 1966, she recorded the top-ten hit "That's My Man" for Nashville's legendary Excello Records. The track featured legendary blues guitarist, Johnny Jones (Bobby Blue Bland) and Marion's husband, trumpeter/ arranger Jimmy Stuart. Stuart also arranged horn charts for such notable artists as Junior Parker and Bobby Blue Bland. During the early 1960's, Marion's touring band included guitarist, Jimi Hendrix, and bassist, Billy Cox. Their live performances electrified audiences throughout the South. Marion continued performing till the mid 1980s when she decided to take a long overdue break from the road.
In the early 90s, Marion met guitarist Casey Lutton. She began to perform with his group, The Hypnotics. Several years later, she and this funky outfit recorded an album for the Italian label, Appaloosa Records. Since then, Marion has shared the stage with Rufus Thomas, Clarence "Gatemouth" Brown, Chick Willis, and many others! She's played to sold-out audiences in Europe and the Southeastern United States. Marion was also part of a exhibition at the Country Music Hall of Fame, "Night Train to Nashville: Music City Rhythm & Blues 1945-1970". It covered the rich and vibrant R&B music history of Nashville.
Ellersoul Records is proud to reissue the great R&B recording, 'Essence' from 'Nashville's Queen of the Blues'. The new album is an intoxicating blend of blues, soul, and jazz and features some of Nashville's finest musicians. Marion's vocal style is reminiscent of her influences such as Billie Holiday, Ruth Brown, and Etta James. Mrs. James, when was your first desire to become involved in the music and what characterized the sound of Marion James?
I have been singing since I was four or five.  I was raised around music. My grandparents sang and played.  My mother taught kids and sang and played piano in some of the biggest churches in Nashville.

What are some of the most memorable gigs and jams you have had?
Probably on the road to Steven's Rose Room in Jackson, Mississippi and playing with Ted Taylor.  Playing with Joe Hinton who sang "Release Me" in Hopkinsville, Kentucky. Playing with Bobby Blue Bland in Nashville, and playing with Rufus Thomas who I helped get to Nasvhille.

Which was the best moment of your career and which was the worst?
Best moment is being appreciated for what I  do when I am on stage.  Worst moment was and is not getting paid on gigs! 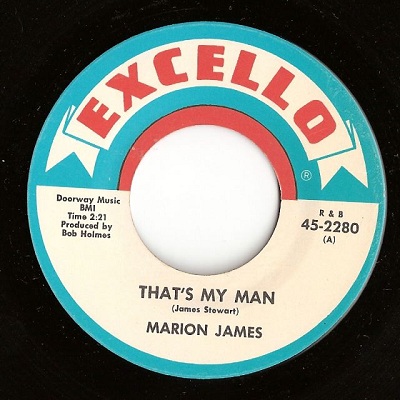 Are there any memories from legendary Excello Records, which you'd like to share with us?
"Thats My Man" that I wrote which made the Top Ten on the Billboard Charts while I was on Excello Records.

What does the blues mean to you and what does it offer you? What did you learn about yourself  from the blues?
Blues means to me songs that you get a certain feeling from, songs that tells true stories about your life.  I have lived most of the stories in my songs.

What are some of the most memorable stories you have had with Jimi Hendrix and Billy Cox?
Jimmy Hendrix was never on time for any of our gigs!  I helped Jimmy get bands together to back him when he came to Nashville from Clarksville.  I love Billy Cox to death, he is my  big baby!!

Do you have any  amusing tales to tell of your work with Rufus Thomas, Clarence "Gatemouth" Brown, Chick Willis and any others?
I remember playing with Rufus in Memphis at the Blues Extravaganza at BB Kings on Beale Street.   One of my favorite memories of Gatemouth was when we were touring in Amsterdam and he made sure to have someone carry my luggage so I wouldn't have to.  I remember helping Chick get involved with the blues scene and Blues Society in Nashville. 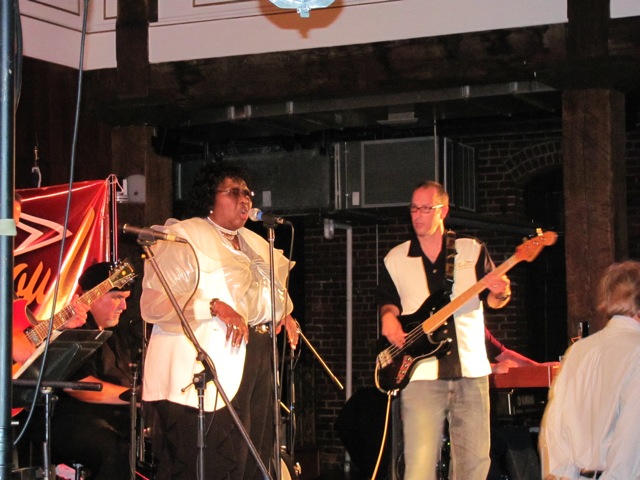 Which historical music personalities would you like to meet?  From whom have you learned the most secrets about blues music?
Etta James, Ella Fitzgerald and Big Maybelle are my biggest influences.  I learned about performing from my mother.  I would have to say Etta James and Big Maybelle really taught me about grasping that "Blues" feeling.

What is the thing you miss most from the legendary Excello Records, and the 60's Rhythm and Blues era?
I would say during the time at Excello Records and the 60's, the blues were sweeter, had more feeling and told a deeper story.  Blues now seems to have taken the sweetness out of the blues and seems to not have as much feeling.

Why do you think Marion James music continues to generate such a devoted following:
Because I sing music that you can "feel". 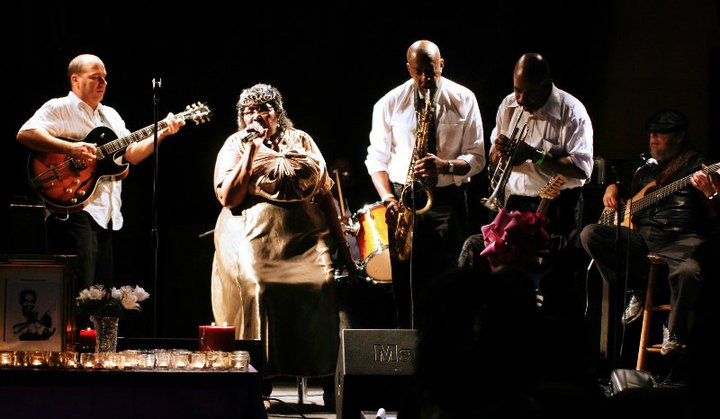 How do you describe your contact to people when you are on stage?  What compliment do you appreciate most after a gig?
I like to try to connect with people while I am on stage, so the best compliment after a show are folks saying that they enjoy my entertainment and that I "move" people.

Some music styles can be fads but the blues is always with us.  Why do think that is?
I think blues lasts because it is pleasing to the ear and tells a true story about life. 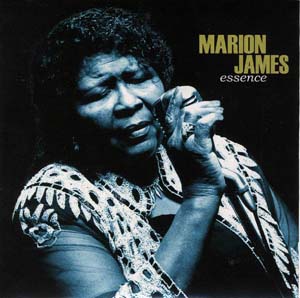 I wonder if you could tell me a few things about the story of new album for EllerSoul.  How did that come about?
I was ready to record and get a new album out.  One special thing about this album is a song I wrote called "Crushing My Heart" for Doc Blakey.  Unfortunately he passed away prior to EllerSoul's release.

What would be your one wish for the blues?
To continue to tell life stories.

Which is the most interesting period in your life and why?  How has the music business changed over the years since you first started in music?
I would say the most interesting part of my life is now.   I am thankful to still be here and be healthy and still be able to perform.  I would say as far as the music business side of it goes, you really have to be on the current "scene" of music.

With such an illustrious career, what has given you the most satisfaction musically?
Getting appreciated for what you do when you perform.  AND, getting PAID!!! 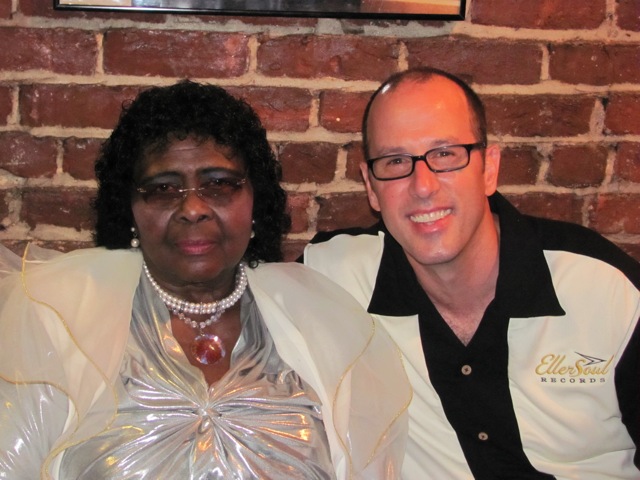