Sage: An antiquated word meaning a man of deep mind or wisdom, carrying the capacity to give advisement within more typically the management of life or spiritual and self-realizing matters. 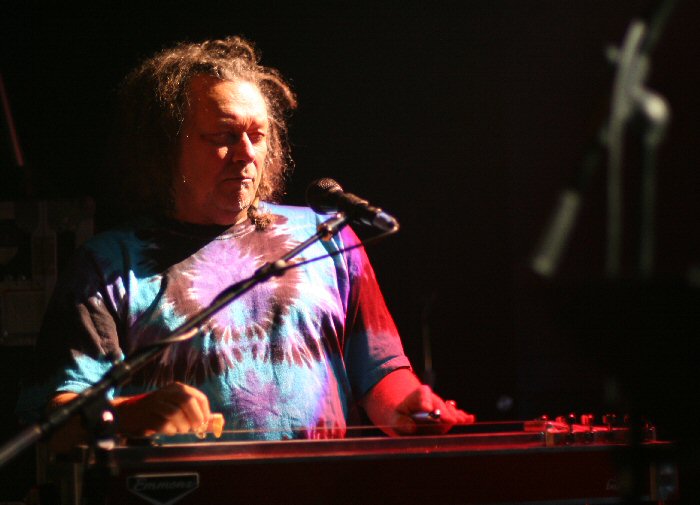 Buddy Cage learned to play pedal steel guitar at a young age. By the mid-1960s he was working as a professional musician. When the folk music duo of Ian and Sylvia decided to go electric in 1969, he joined their band, known as the Great Speckled Bird. Great Speckled Bird was part of the Festival Express concert tour in 1970. It was on the Festival Express tour that the New Riders of the Purple Sage became acquainted with Cage. The New Riders were a psychedelic influenced country rock band that had been founded by Jerry Garcia of the Grateful Dead, along with John Dawson and David Nelson. The New Riders and the Dead would perform concerts together, with Garcia playing pedal steel for the New Riders, then playing electric guitar and singing with the Dead. Near the end of 1971, Garcia left the New Riders, enabling them to headline their own concert tours. Buddy Cage was invited to join the band as Garcia's replacement.

Cage was the New Riders' pedal steel guitar player from 1971 to 1982, except for a period of about a year in the late 1970s. The New Riders were quite popular. They toured extensively, and released a number of albums. During this same period Cage continued working as a session musician, recording with various musical artists, including David Bromberg and Robert Hunter. In 1974, Bob Dylan asked him to play on recording sessions for the album Blood on the Tracks.

In 2005, Cage and Nelson re-formed the New Riders of the Purple Sage. The band continues to perform concerts throughout the United States. Cage is also still working as a session musician with other artists. 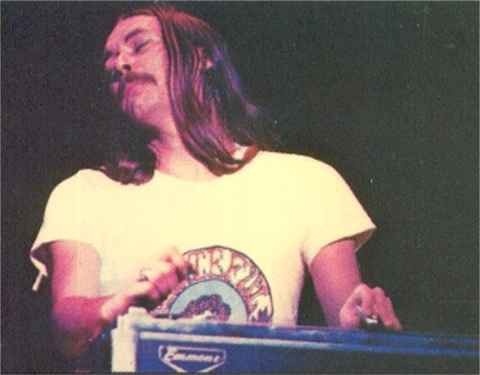 Let’s go this way. I came across music lessons thru a door-to-door salesman asking my parents if I was interested. Elvis just got big (1957) and I was curious. Took up steel for no particular reason ‘cept that I could make some decent sounds. It led to a couple yrs. of Hawaiian lessons, I got good, enough to impress the girls in the mixed class. I was then 13. My great teacher found they were using a different tuning (E9th) and he hooked me up. I was taken to a few country/western shows where I heard Buddy Charleton who was playing with Ernest Tubb and the Troubadours and I just went nuts.

The problem was, I dug rock, I wasn’t even aware I was gonna get stuck with that kinda music because of the steel insanity. I simply hated hillbilly stuff, but I didn’t know anything back then. By then I was listening to popular folk, looking for something just a little more sophisticated – found jazz, couple c/w songs I could play – Last Date, Please Help Me I’m Falling. Then – I was devastated by the first Buck Owens album from Bakersfield, CA with the amazing Ralph Mooney playing a bizarre new way of playing pedal steel! So, I was off and running picking up the new tuning quite easily, getting teenage gigs professionally.

On my way, driving myself by then, I was headed to a tavern to play for a week – it was the first week Like A Rolling Stone was being played on the AM radio and my car seemed to power down all by itself, I had to pull over to avoid an accident. I sat thru the whole thing, just fucked up! I was never ever to be the same – I was tampered with, I had been altered, I would never hear or feel the same about anything again. It wasn’t country, nothing I ever experienced before. I was different.

By the time I was 19 I was playing out all the time, everywhere – had a double-neck by then with a tuning bank of C6th as well and was able to master some new stuff on that – jazz standards and such. But I was more interested in getting with other younger players in the hippie scene who had new, fresh tunes and that’s where I took the LEFT turn. And I took several gigs session opportunities which pretty much over my head, out of my league and it pushed me further. I took session work from Anne Murray, a solid gig for awhile with Ronnie Hawkins, this led to playing a recording with Ian & Sylvia, then New Riders.

Really don’t have to make a list of people I was near, I’ve been in the middle of the battle for 50 yrs. There was a pretty neat thing I did with Rick James before he went nuts but I don’t have a copy. All in all, I feel I’ve been stretching the fabric most my career – with some good results, a few I wish I could do again. You know what I’m talking about – every musician knows that weird place. Have fun. 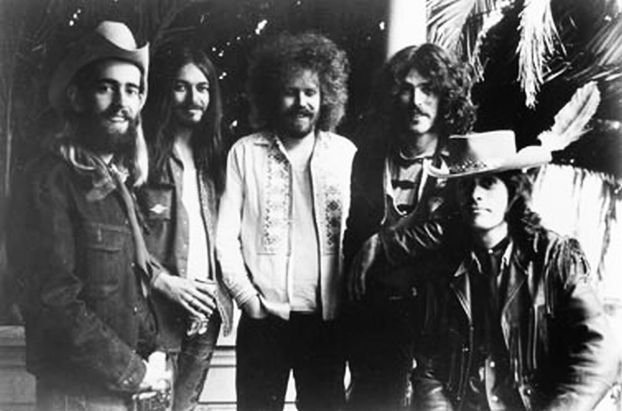 How do you characterize the sound and philosophy of New Riders of the Purple Sage?

We came out of a slew of c/r songs developing from John Dawson  (Marmaduke) pressuring Jerry Garcia to pick his new passion of pedal steel guitar with him – it’s what we all need – to play with somebody else. No one in the nascent scene of the Grateful Dead thought to write their own songs except for Robert Hunter who was writing new lyrics for Jerry and a few thrown in he liked to steer our way. What we learned very early on that if WE weren’t ‘driving the truck’. Metaphorically, someone else would – they would take it where they wanted to go And leave us behind to eat the scraps. ‘They’ would be the labels, the record companies, the banksters – the business people who would end up cutting you out.

My philosophy would keep what was always be ours and let it evolve with the great luck to have Hunter still writing for us. With Nelson putting up the music, we have the best of everything.

Do you have any amusing tales to tell of New Riders?

Each and every was a golden gig. I would have to finish my book first to get all the great times!

Some music styles can be fads but New Riders is always with us. Why do think that is?

What is the “feel” you miss nowadays from 60s and psychedelic era?

I believe will still play with these ingredients. 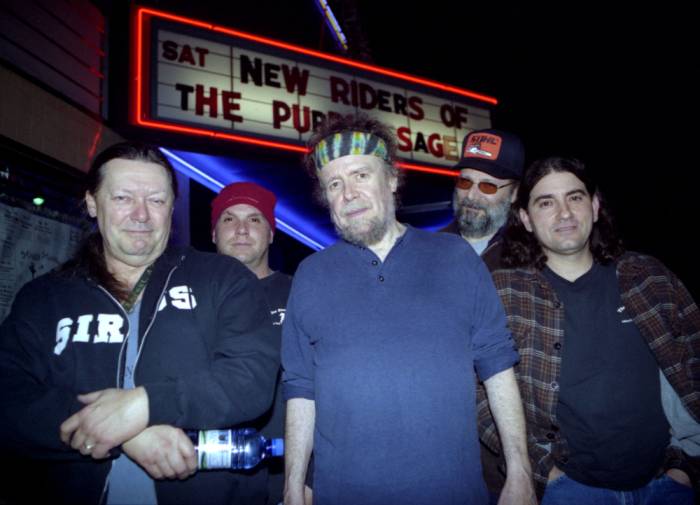 I revere countless real bluesmen and women from the 20s, 30s, 40's and 50s. Enjoyed them, stolen from them, maybe not directly, if not subtly but more cause I'm too lazy to labor over trying to replicate their every nuances. No less, I have been into more contemporary players of that ilk, Muddy, the astounding Taj Mahal, Freddie King, Albert Collins.....including, who I have met personally Odetta, in 1969. To me, it's all folk music. I worship the Travelers w/Pete Seeger who have carried the spirit of global-sharing music for all of 7 decades.

Yet, I went wrong. I reflect more of a simple version of blues more evocative of Blind Willie Johnson, When I say I went wrong, I simply that I skipped things and found newer ways to make sounds with a pedal steel guitar.

Would you mind telling me your most vivid memory from the late Odetta?

Sylvia Tyson introduced us on a break, I was the new hotshot steel player in hers and Ian’s band, she were certain people were important for us to hook up. And she is SO bright and knew who was important. When I was chatting with my new friend, I pointed to that werid looking guy at a table over in the corner – I asked “Who’s that freak over there with the hair and the shopping bag?” Odetta smiled and said, “Oh. Thass Tim! He’s a local Village guy. He’s checking Ian & Sylvia – and YOU guys!!” “Tiny Tim.”

What the difference and similarity between folk acid rock and blues, what characterizes the sound of an acid band? Um…I started out being a country-western player with my steel cause it was the only places I could play. But after hearing Like A Rolling Stone by Zimmie, all I wanted to do was to get out of a country direction. Back to folk. And I got the call from Tyson! Wow!! New stuff. But Ian was sick of folk and with the fantastic guitar player Amos Garrett, they designed a new way of playing with an environmental theme, true to his heart. Because of the disparate ways we attacked these songs, we ended up turning folk-rock into country-rock (we didn’t start it but we were early contributors). This we introduced to the Festival Express. This was where Jerry heard me and asked me to replace him.

Disco, Reggae and Hip Hop – Rag. But I love Israelites and Electric Avenue – but that would more Ska wouldn’t it?

Get to work in the morning. Show up.

Road Cage - Buddy's stories from the road of Rock and Roll 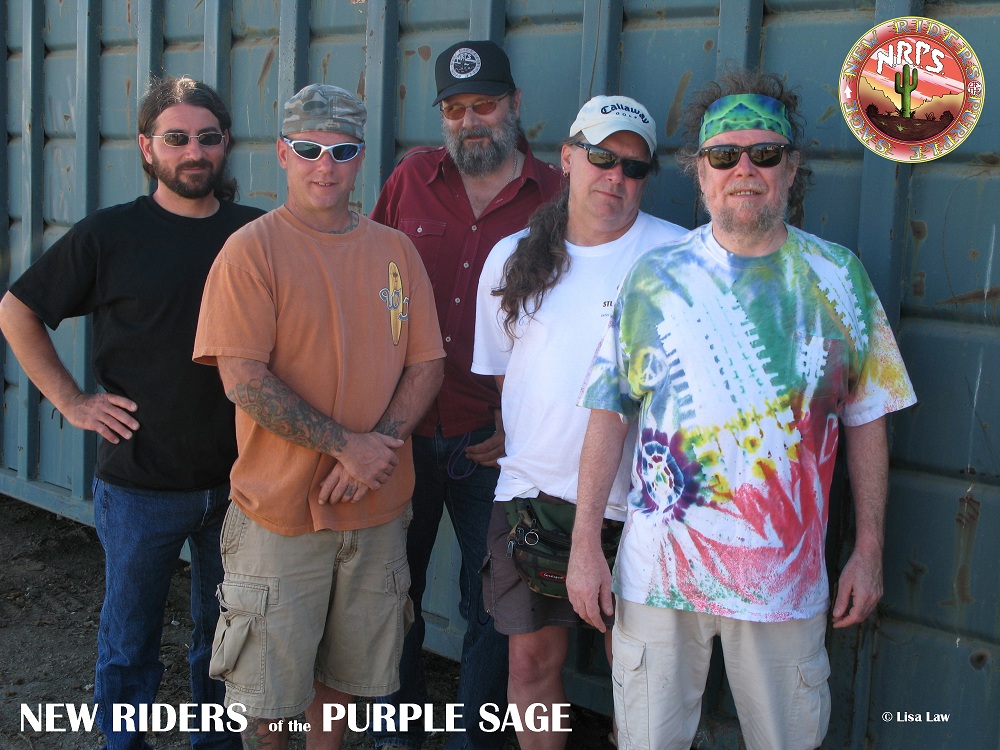