"Both the Blues (in music) and the Beats (in words) did the same: expressions in words and music of the human condition in all its glory."

Richard Barone is an acclaimed recording artist, performer, producer, and author. Since pioneering the indie rock scene in Hoboken, NJ as frontman for The Bongos, Barone has produced countless studio recordings and worked with artists in every musical style. Rolling Stone magazine described his first solo album "cool blue halo" as 'chamber rock’, helping give rise to the popular genre. Recent collaborators and cohorts include Lou Reed, Tony Visconti, folk-rock legend Donovan, and Pete Seeger. He has scored shows and staged all-star concert events at such world-class venues as Carnegie Hall and the Hollywood Bowl. 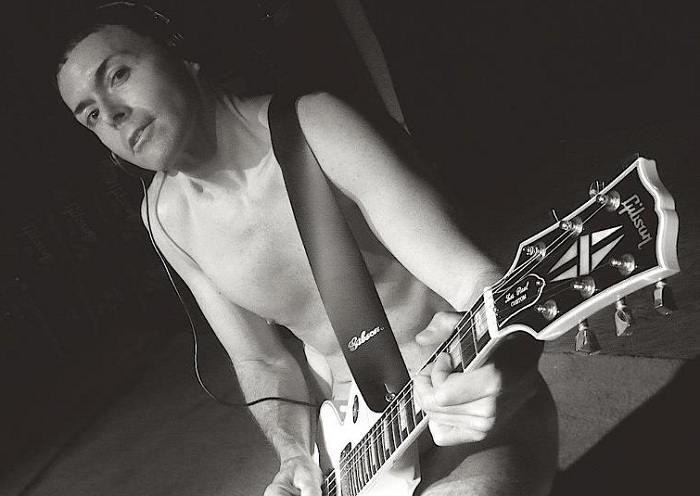 His memoir Frontman: Surviving The Rock Star Myth was published by Hal Leonard Books. His most recent studio album, Glow (Bar/None Records), was produced by Visconti, and a deluxe CD/DVD set, “'cool blue halo' 25th Anniversary Concert” was recently released on the DigSin label. Barone lives in Greenwich Village, New York City where he was recently appointed as a Professor at New York University’s Clive Davis Institute of Recorded Music.

My song ideas are almost always influenced by personal relationships, people I meet, or social concerns.  I keep an eye out for what’s happening and in my songs I try to accurately report how things around me make me feel. I feel that the more personal the lyrics the more universal the song will be.

How would you characterize the philosophy of Richard Barone’s music and songs?

The songs are true to my heart and who I am. The music is generally melodic in a traditional sense, the lyrics are often emotionally-driven but playful with words and language, and the beats and sounds are influenced by the streets of New York City. I usually sing about love and how it feels to have it, need it, or lose it. 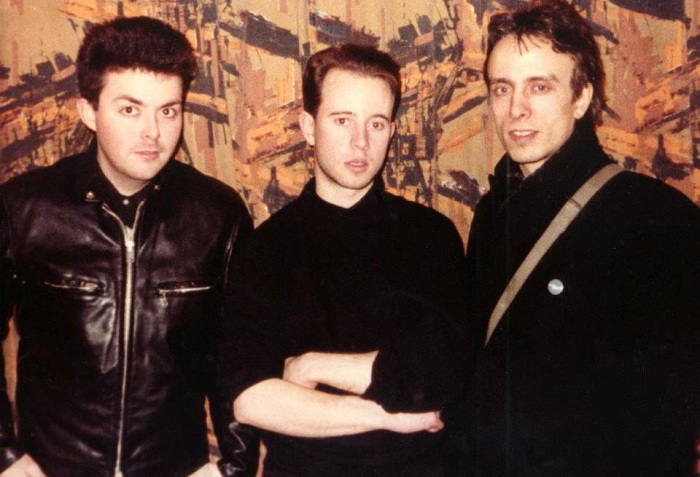 I find each period in my life equally interesting. I suppose it was amusing when The Bongos – being such an Indie, pop-punk band from the small town of Hoboken, NJ – was being courted by every major American record label. It was flattering and fun to be desired by those big companies. But that same situation brought about a negative effect, when the big label we signed to didn’t understand our young audience or our music. So that episode encompassed both the most interesting and worst moments, in a way. Though of course I blame no one for the down side. In fact, I learned a lot and met a lot of great people I still admire, and I would do it all again. And have!

From whom have you have learned the most secrets about the music and which meetings have been the most important experiences for you?

I’ve learned from everyone I work with. Every producer, engineer, songwriter, musician, lawyer and manager. If I were to choose who were the most important, I think I would say meeting Quincy Jones was an inspiration, producing Pete Seeger was an honor, and working with Tony Visconti taught me what the true nature of a great record producer really is. He is brilliant.

I remember a long wonderful jam session with a group called the Bush Tetras while we on tour together through Europe. It went on all night. Somebody recorded it, and I’d like to hear it now. "The Greek Gods all had human symbolism – each one referenced an aspect of our personalities or an element of the human condition and our surroundings." Photo by Damien Drake -- Richard with Pete Seeger on the Sloop Clearwater.

Filming Lou Reed reciting “I’ll Be Your Mirror” for me to sing to – it was to be projected on a screen while I sang onstage – was a wonderful moment. Jamming backstage after a concert with Donovan playing Beatles songs all night was unforgettable. Singing with Pete Seeger on stage at Symphony Space NYC last year, and singing along with him on the Sloop Clearwater during the making of the “God’s Counting On Me, God’s Counting On You” video were both a thrill, and Garth Hudson playing an expressionistic solo on “Glow” or “Love Is A Wind That Screams” will always make me smile.

Do you remember anything funny from the Occupy concerts with Michael Moore and David Amram? Are there any memories which you’d like to share with us?

The concerts for Occupy were fun, but not really “funny.” Always, there was a tone of seriousness and the desire for change, even though the music itself was uplifting. This is the secret power of protest songs. It was wonderful to collaborate with David Amram, whom I had met previously – first through avant garde filmmaker and archivist Jonas Mekas and then through Pete Seeger. I love it when he joins me on flute, which he has several times, especially on “The Sidewalks of New York.” When Michael Moore recorded his song for the Occupy album, the Bob Dylan song “The Times They Are A-Changin’,” I was asked to come oversee the session. He had a wonderful band including Amram and Tom Chapin, and we all ended up singing background vocals on the choruses. A very memorable session. Joining Michael onstage at the CD release concert in New York was a thrill. A magical night for sure. At the Moore recording session he said, “The moment is here and it’s here to stay” about the idea that the public were finally raising their voices in displeasure with the economic condition in the United States, and that now there was no turning back. I liked that line so much that we used it in our song on the album, “Hey, Can I Sleep On Your Futon?” 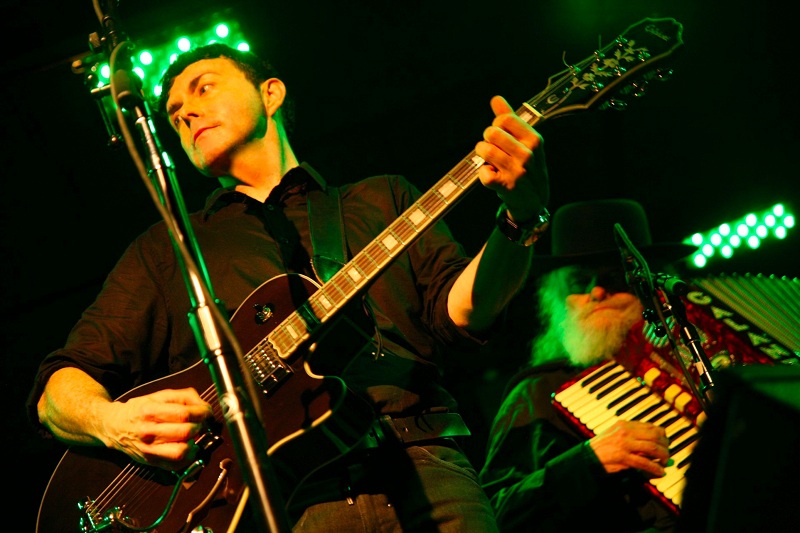 "Be yourself. Do what you truly believe in. Trust your instincts. Don’t take “no” as a final answer. Everything is negotiable. Respect those who came before you and learn about them. Have fun. And stay young." Photo: Richard and Gurth Hudson

What are the lines that connect the legacy of Beats and Blues with Activism, ancient Greek Gods and beyond?

Well, I think everything is connected. If you’re on the wavelength to receive, then we all pick up the same frequencies: we pick up what is in the air. The Greek Gods all had human symbolism – each one referenced an aspect of our personalities or an element of the human condition and our surroundings. Of course, both the Blues (in music) and the Beats (in words) did the same: expressions in words and music  of the human condition in all its glory.

What do you miss most nowadays from the Beat era of Greenwich Village?

I was born too late to actually experience the Beats at their peak, but of course they left a lasting impression on our society. Walking the streets of Greenwich Village one senses their legacy always. I live near the Village Vanguard, still thriving since the Beat era with no end in site. It was a rich and powerful legacy that inspired the free-thinking jazz, rock, and folk that followed.

Why did you think that Ginsberg’s Howl continues to generate such a devoted following?

Because it is a brilliant masterwork that was at once timely and timeless. It is a work of genius. 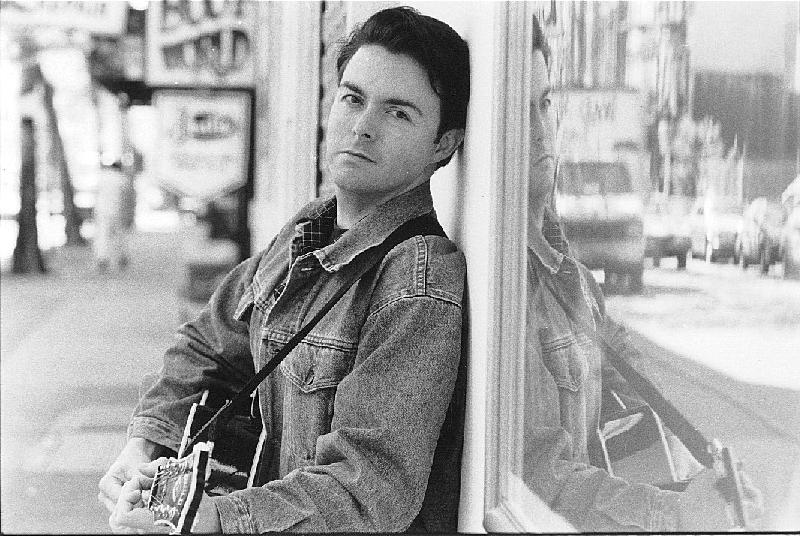 Hmmmm…. I’m fortunate to have many treasures in my collection. Many treasured books and artwork signed by their authors. Perhaps my rare photographs of John Lennon by David Gahr, or images of David Bowie and Lou Reed by Mick Rock, and my signed copy of Yoko Ono’s Grapefruit, work by Andy Warhol… and so many other items. I could fill a time capsule with no problem.

What are your hopes and fears for the future of world and music?

It will always change and evolve, and that is good. I have no fear about that.

Rediscovering (for the first time) Mel Brooks’ “High Anxiety” (1977 comic homage to Alfred Hitchcock) made me laugh. Rick Burns’ documentary about New York (“New York: A Documentary Film” – 17 hours long) – especially the segments about immigrants coming to New York through Ellis Island like my own family from Sicily - made me emotional. 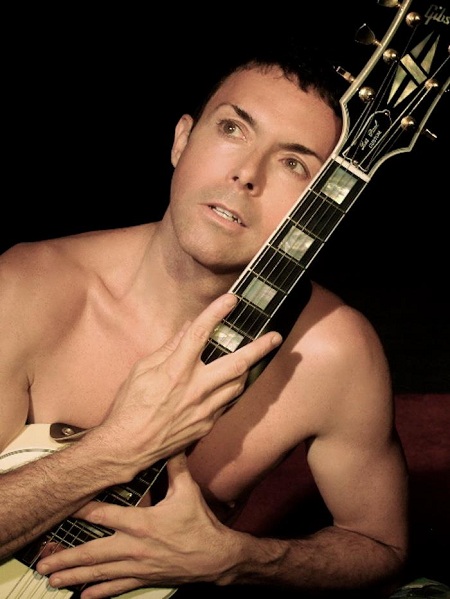 Either me falling off a 15 ft. high stage with my guitar on during a Bongos concert, or each time I make love to the person I love. Either would make an amusing painting.

"The songs are true to my heart and who I am."

Be yourself. Do what you truly believe in. Trust your instincts. Don’t take “no” as a final answer. Everything is negotiable. Respect those who came before you and learn about them. Have fun. And stay young.